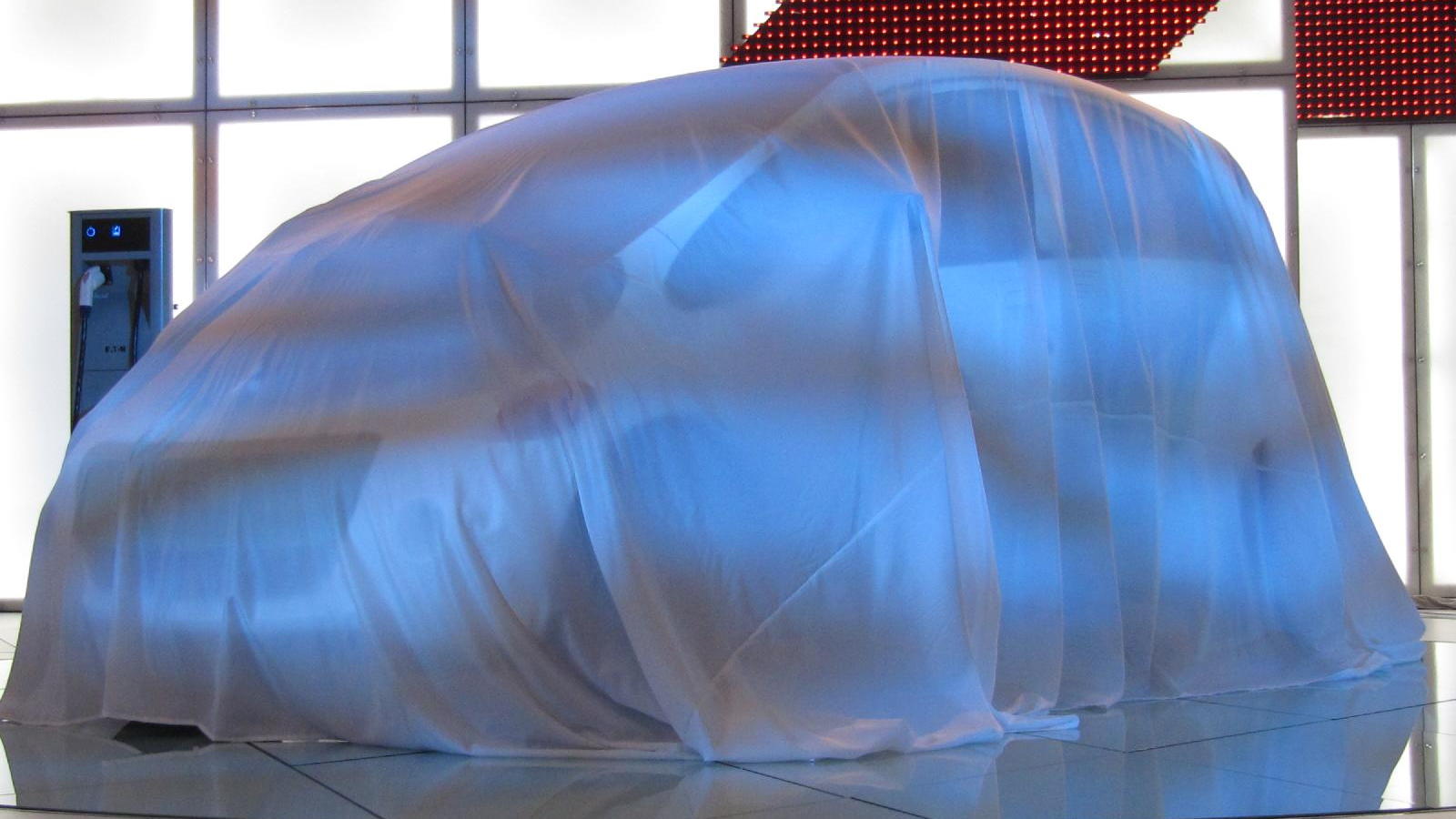 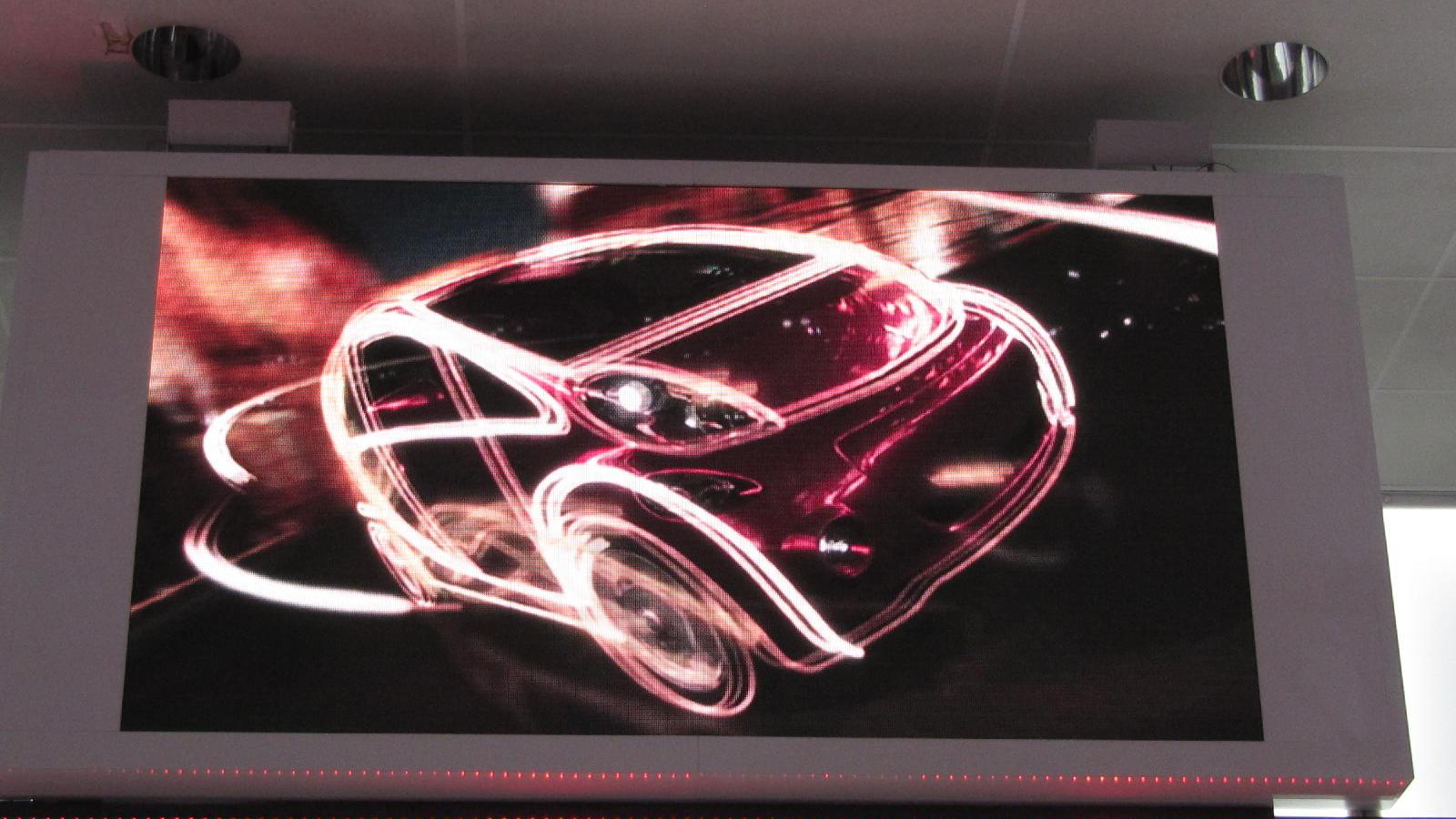 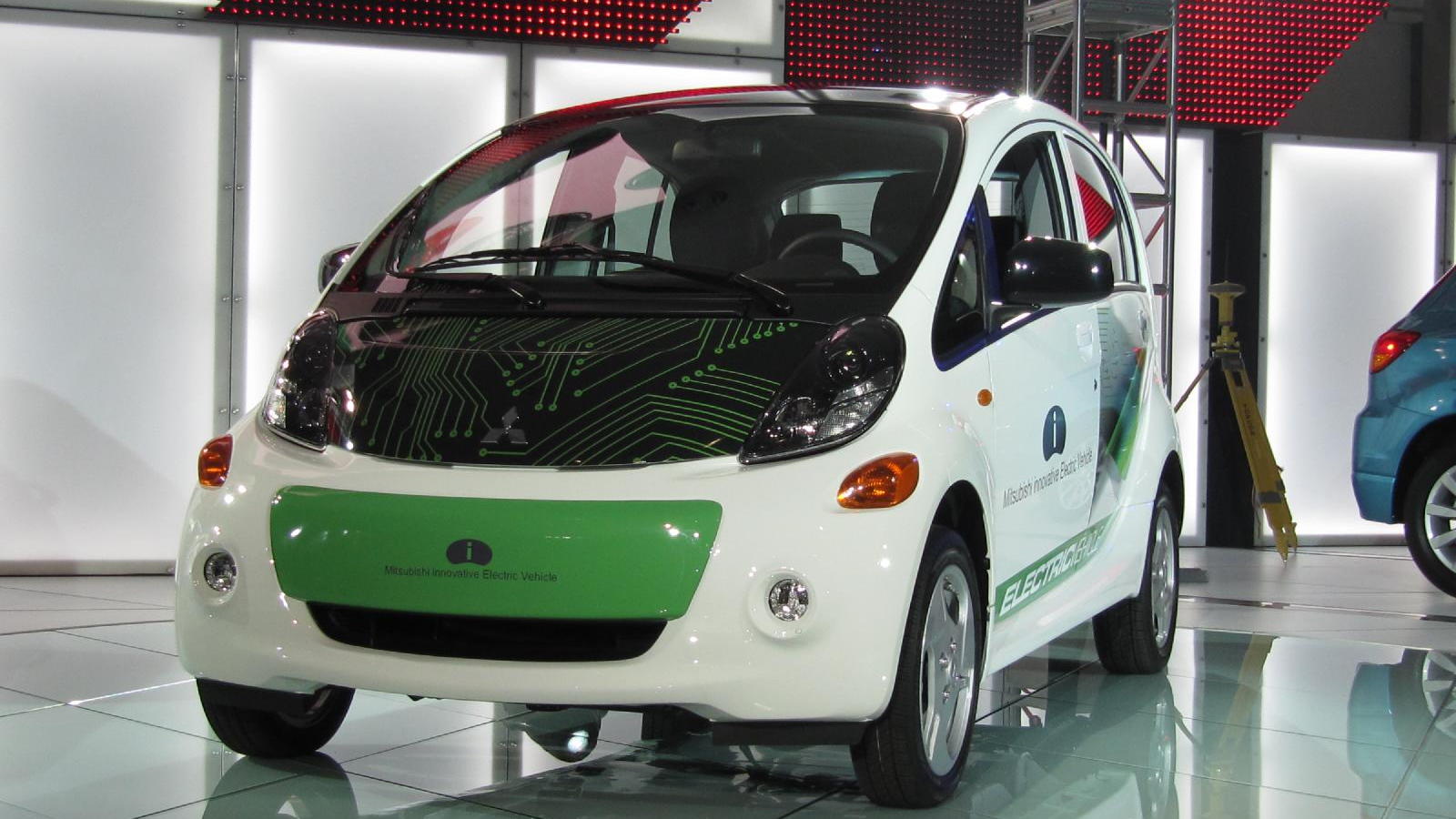 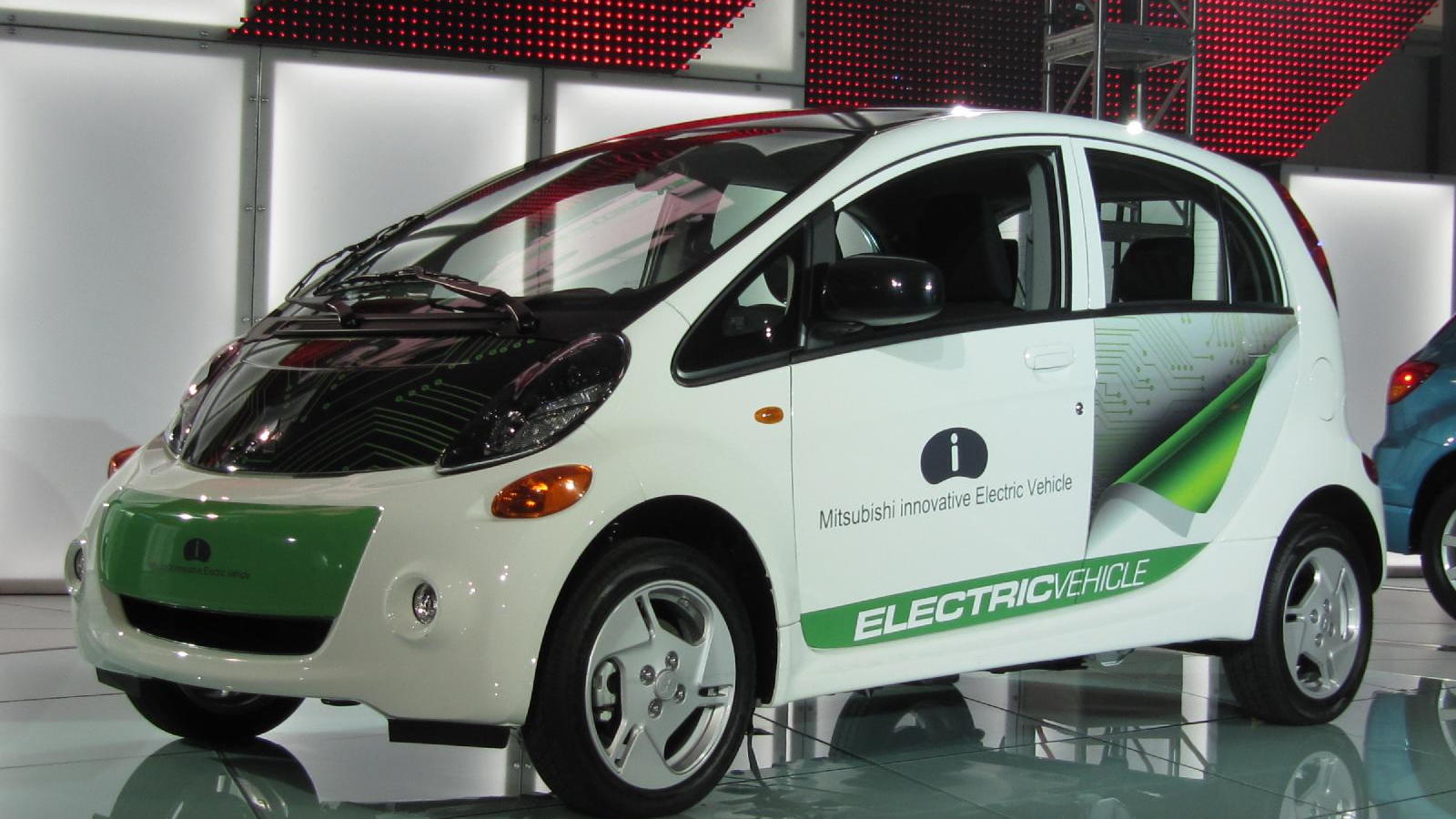 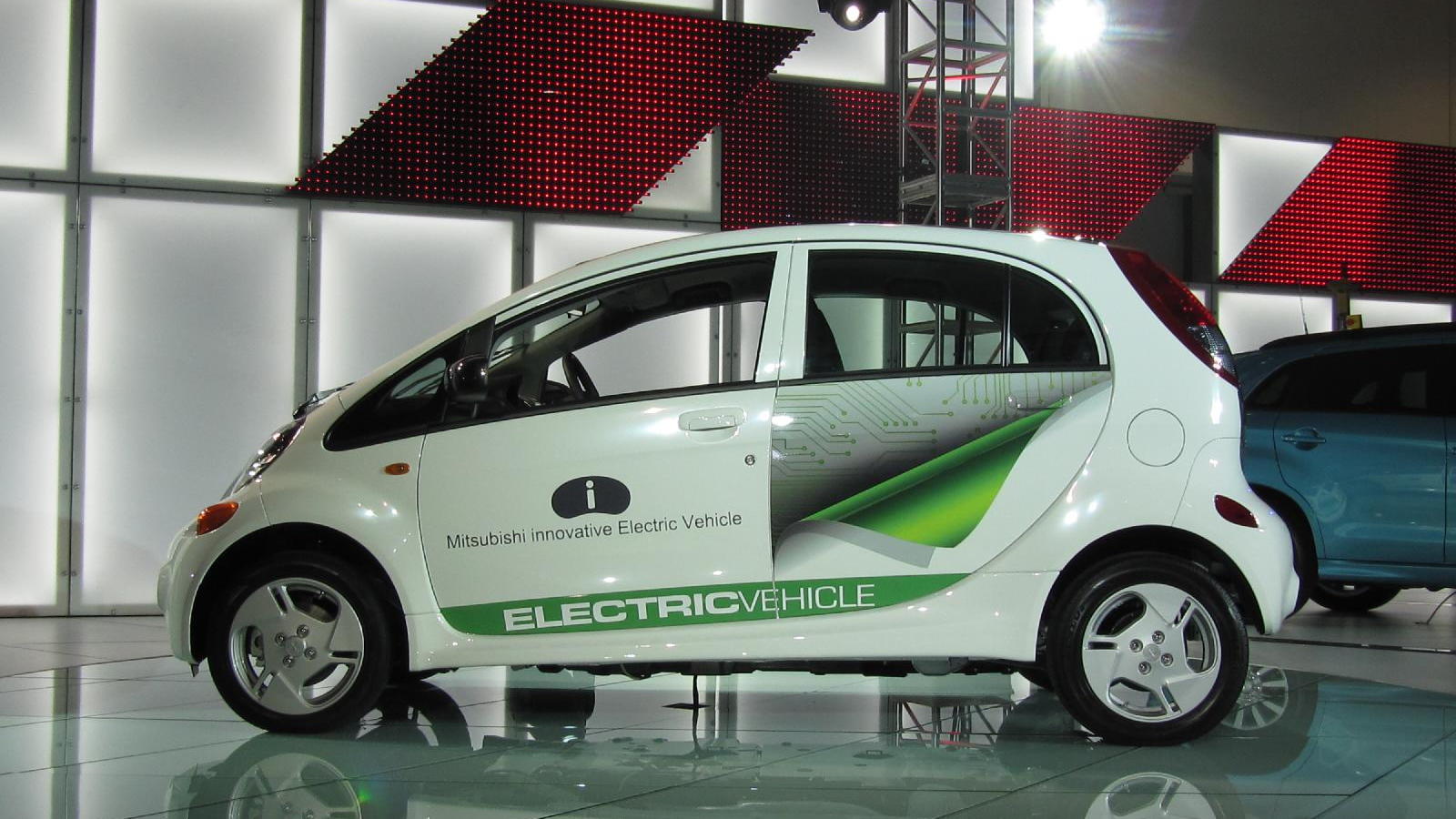 It was the first electric car sold in volume anywhere in the world, starting more than a year ago, and now the 2012 Mitsubishi "i" is officially coming to the U.S. market.

The U.S. version was unveiled on Thursday at the 2010 Los Angeles Auto Show, though Mitsubishi provided few new details on how it will change its i-MiEV minicar for sale in the States. The first electric cars will arrive at dealers one year from this month.

The most notable change to the small, egg-shaped car is left-hand drive, since all Japanese-market vehicles have the steering wheel on the right.

Rather than the unwieldy i-MiEV ("EYE-meev") name used elsewhere, it will simply be called the 2012 Mitsubishi "i" in the U.S. market. That's easier in the States, because the car known as the "i" with a small 0.66-liter gasoline engine won't be sold here--only the electric version.

Company execs also tacked on the appendage "powered by MiEV technology" (it stands for "Mitsubishi innovative Electric Vehicle"), but we predict it will quickly be ignored.

Mitsubishi previously released a sketch, and then photos, along with the updates made for the U.S. market. These include several safety features to make this very small car meet  stricter North American crash standards.

The "i" body structure has been strengthened, and both front and rear bumpers and their plastic covers are new and wider. The car also now has separate turn-signal lights.

The U.S. model has larger airbags, which deploy at variable rates depending on the front-seat occupant's weight. It comes with mandated active stability control and a tire-pressure monitoring system as standard equipment.

The 2012 Mitsubishi "i" electric car uses a 16-kilowatt-hour lithium-ion battery pack mounted below the floor, powering a 47-kilowatt (63-horsepower) motor under the rear seat and cargo area that produces 133 foot-pounds of torque. Mitsubishi says the Yuasa-made batteries will last at least 10 years or 90,000 miles.

Like the i-MiEV we drove in late 2008, the 2012 "i" will have three driving modes: Drive, or normal; Eco (for Economy), which reduces acceleration somewhat; and Brake, which increases the regenerative braking to recharge the battery pack more aggressively, allowing the same kind of one-pedal driving as the Tesla Roadster.

In our test car, Eco mode limited the motor’s output to 18 kilowatts, just one third of peak power. That increases the range of a single charge, but the decline in power made the car inadequate in aggressive traffic.

Urban car? Yes. Freeways? Not so much

The  "i" hardly leapt off the line carrying four adults, but it kept up with traffic. Performance was suitable for city use, and during the launch event, Mitsubishi stressed repeatedly that the "i" was meant for urban driving. That's good, since the version we drove would be badly underpowered for high-speed travel or merging onto fast-moving freeways.

We found the "i" surprisingly roomy for such a small car, and Mitsubishi is firm in calling it a four-passenger car. That reflects the car's relatively narrow dimensions of just slightly over 5 feet in width, the maximum allowed for the Japanese kei class of minicars that get special tax and parking breaks not offered for any other vehicles.

For the U.S. market, the "i" can be recharged using either 120-Volt electricity, or 240-Volt power like that used for electric stoves and clothes driers. A full recharge takes up to 16 hours on 120-Volt power, up to 8 hours at 240 Volts.

The "i" also allows three-phase 220-Volt quick charging, which can refill 80 percent of the battery capacity in 30 minutes. The door for the quick-charge port is on the car's left side, while the standard recharge socket is behind a separate door on the right.

Mitsubishi has partnered with electronics chain Best Buy, whose Geek Squad division will analyze each buyer's household and manage installation of an Eaton 240-Volt charging station.

The 2012 Mitsubishi "i" electric car will be launched in November 2011 at dealers in California, Oregon, Washington, and Hawaii. Northeastern markets will follow in March of 2012, with full nationwide availability by the end of 2012.