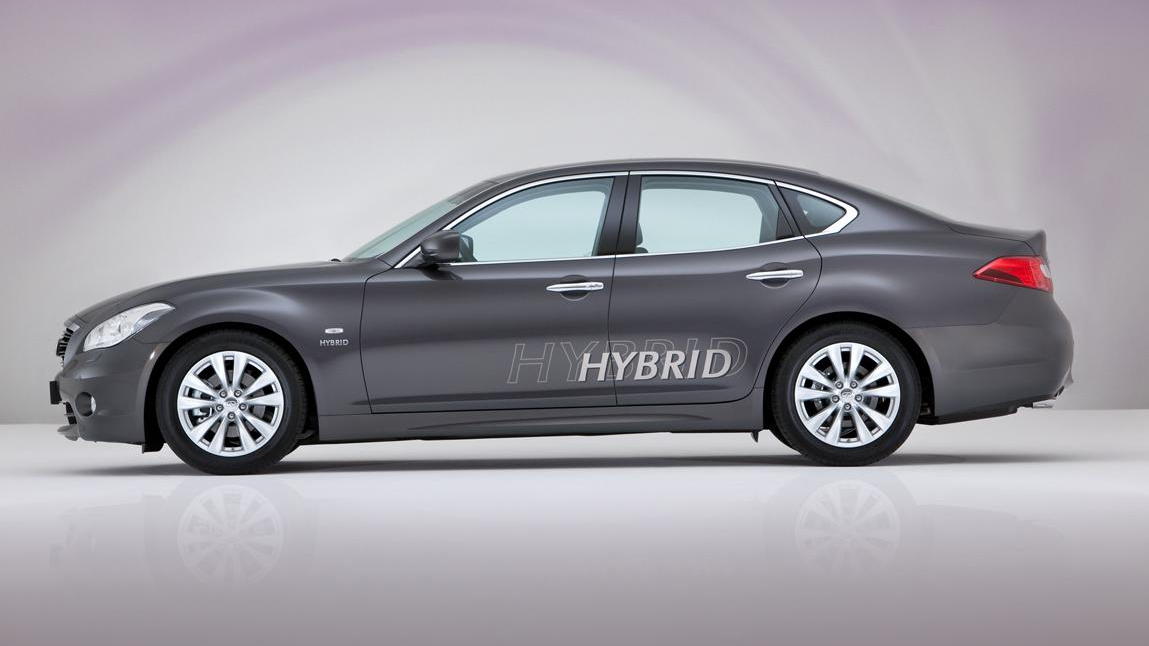 Nissan and its Infiniti luxury division may have been late to the table when it comes to hybrids but neither brand is shying away from launching a new generation of gasoline-electric vehicles. Infiniti has fired the latest round in the battle for hybrid supremacy with the unveiling of a new hybrid version of its latest M sedan, the 2012 Infiniti M35h.

The car has now been confirmed for a world debut at the 2010 Los Angeles Auto Show, with first sales to follow in the spring of 2011.

The launch has great significance for Nissan and Infiniti as the new M35h is the first model to feature the automaker’s own proprietary hybrid technology. Not only that but it will also debut Nissan’s latest steering and braking technologies.

The hybrid system powering the car is also equally advanced. Central to the system is the single motor, twin clutch design. The first clutch is installed between the internal combustion engine and an electric motor embedded within the automatic transmission. The electronically controlled clutch allows the full decoupling of the engine when the car is in electric drive and power regeneration modes, helping to reduce mechanical drag and boost the efficiency of the electric motor.

For more details, check out our extensive report over at Motor Authority.