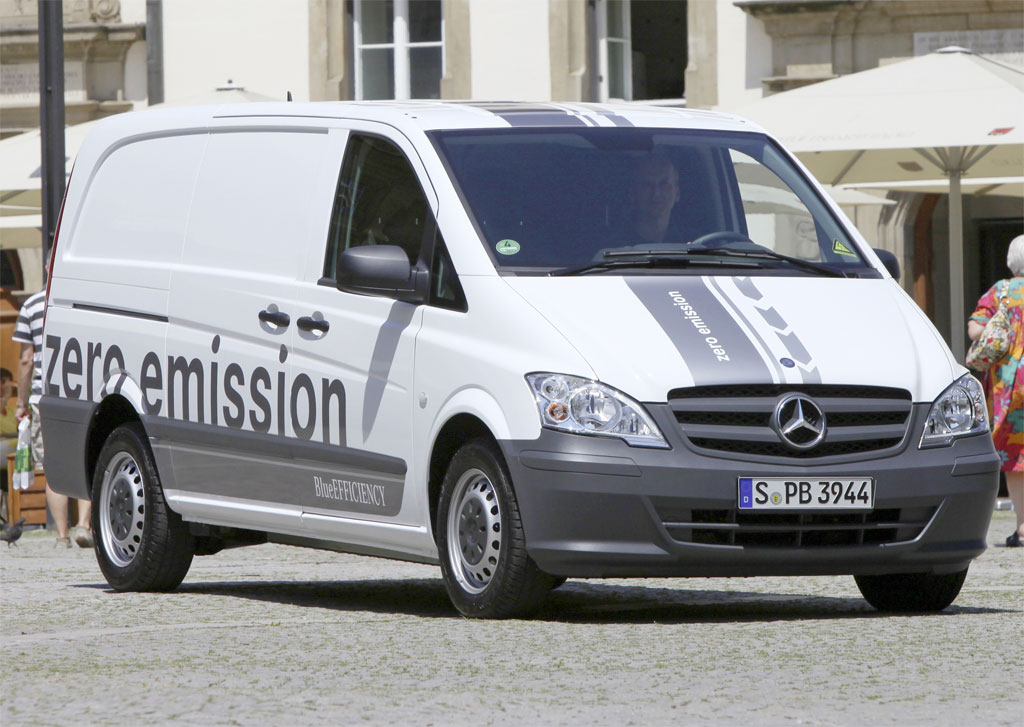 Electric vehicles are ideal for hopping around town, making frequent stops and carrying heavy loads, so it’s not surprising to see the major automakers roll out all-electric commercial vans in addition to more mainstream models. The latest is Mercedes-Benz, which has unveiled its new Vito E-Cell all-electric van and announced a trial fleet more than 2,000 strong.

The Vito E-Cell runs quietly and produces no emissions and according to Mercedes-Benz the electric version has no payload penalty when compared to the regular diesel model. Its driving range, however, is approximately 100 miles and its top speed is only 50 mph--but remember, this van is more suited for short and congested urban trips. 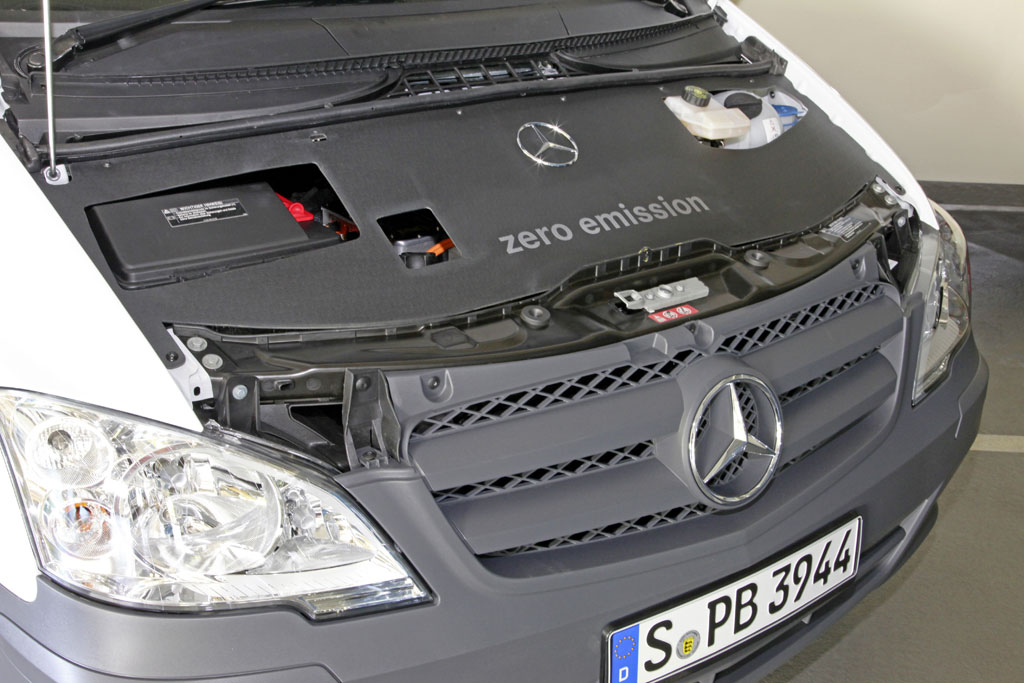 Peak output from the Vito E-Cell’s electric motor stands at 94 horsepower and 206 pound-feet of torque and drive is sent to the front wheels via a single-speed transmission. In addition to the electric motor, other components such as the power electronics, transformer and the mains charging unit are accommodated beneath the engine cover.

The motor runs off an array of lithium-ion batteries housed where the fuel tanks normally go. The total capacity of the batteries is 36 kWh, of which 32 kWh are available to power the vehicle. A full charge takes about six hours. 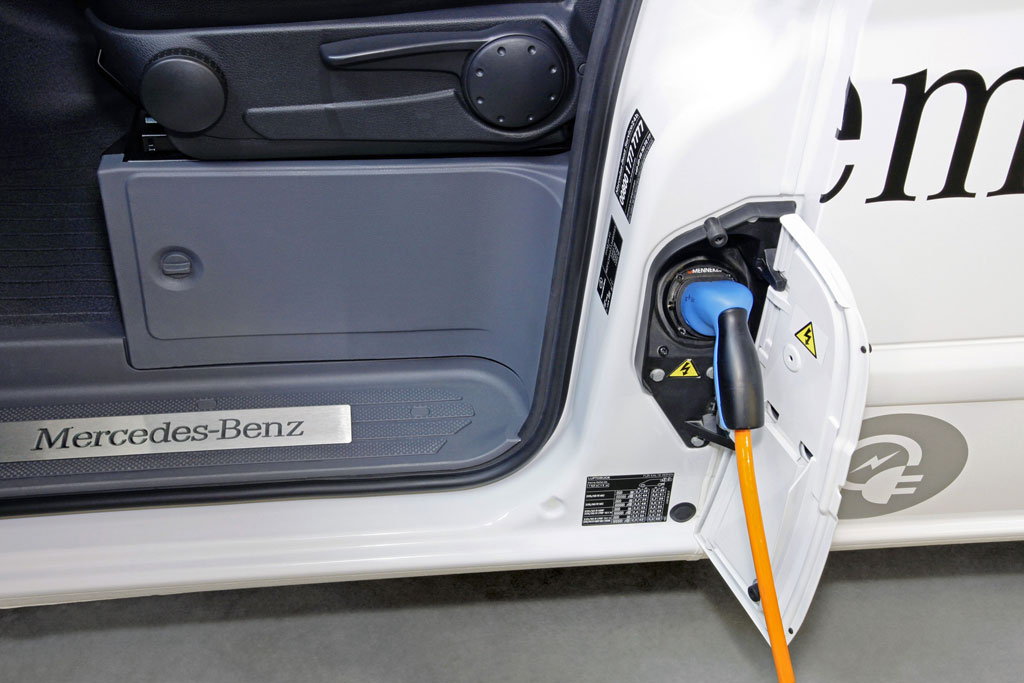 Production of a small series of 100 Vito E-Cell vans has already commenced this year, and a further 2,000 units are planned from 2011. No word yet if any of them will be making their way into North America.