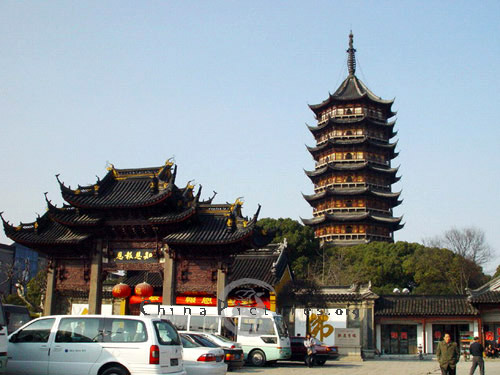 President Obama and Chinese President, Hu Jintao, couldn't agree on everything when they met on Monday. In a town hall meeting, Obama pressed the Chinese to relax stringent government controls on their citizens' Internet usage. A Chinese blogger later claimed that a transcript of the meeting was removed from the web less than 30 minutes after appearing online.

The plan's first objective is the development of standards aimed at common designs for plugs and uniform protocols for battery testing. (Shouldn't we all be using the same technology for cell phone data networks at some point too?) The second ambition is to conduct demonstrations of EV usage in several sister-cities to evaluate charging habits, driver expectations and grid integration. Thirdly, the countries will identify what research and development is required to promote EV manufacturing and mass adoption. The fourth initiative will focus on public awareness and understanding of the topic. Along those lines, the joint electric vehicle forum held last September will become a yearly event.

While none of this guarantees a smooth progression to electric powered transportation, it's good to know that the two largest auto markets in the world are on the same page.

THE WHITE HOUSE Office of the Press Secretary
FOR IMMEDIATE RELEASE November 17, 2009

Today, President Barack Obama and President Hu Jintao announced the launch of a U.S.-China Electric Vehicles Initiative. The two leaders emphasized their countries’ strong shared interest in accelerating the deployment of electric vehicles in order to reduce oil dependence, cut greenhouse gas emissions and promote economic growth.    Activities under the initiative will include:

•    Joint demonstrations. The Initiative will link more than a dozen cities with electric vehicle demonstration programs in both countries. Paired cities will collect and share data on charging patterns, driving experiences, grid integration, consumer preferences and other topics.    The demonstrations will help facilitate large-scale introduction of this technology.

•    Joint technical roadmap. A U.S.-China task force will create a multi-year roadmap to identify R&D needs as well as issues related to the manufacture, introduction and use of electric vehicles. The roadmap will be made widely available to assist not just U.S. and Chinese developers, but also the global automotive industry. It will be updated regularly to reflect advances in technology and the evolution of the marketplace.

•    Public awareness and engagement. The United States and China will develop and disseminate materials to improve public understanding of electric vehicle technologies. Building on the success of the first-even U.S.-China Electric Vehicles Forum in September 2009, the United States and China will sponsor the event annually, alternating between the two countries. The Forum will bring together key stakeholders in both countries to share information on best practices and identify new areas for collaboration.

The United States and China are the world’s two largest automobile markets. In the past year, both countries have made unprecedented investments in electric vehicles. In the United States, the
American Recovery and Reinvestment Act expanded a $7,500 consumer tax credit for electric vehicles and included $2.4 billion to support battery manufacturing. The U.S. government has also provided more than $8.5 billion to help automakers retool their factories to produce electric vehicles.    China has also provided significant investments for battery research, and its economic recovery package includes significant funding for electric vehicle demonstrations and charging infrastructure.