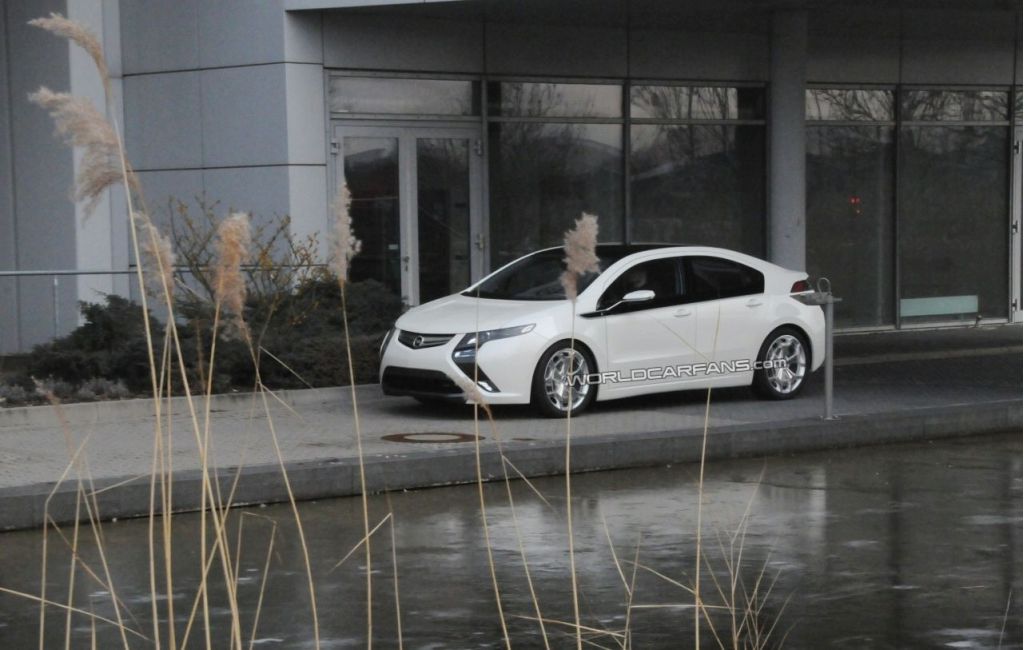 It's been teased for awhile, but now the first scoop photos of the Opel Ampera have hit the interwebs. The Ampera will debut on March 3 at next month's Geneva Motor Show.

Yes, it's a Chevrolet Volt with a nose job. No, it's not likely to be very different inside or out.

Yes, it runs the same 40 miles on electricity alone, and then another 300-plus miles on gasoline. No, you won't be able to buy one here even if you like the styling better.

That styling, by the way, is derived from the Opel Flextreme concept car, which toured the auto show circuit in 2007. It also has hints of the midsize Opel Insignia sedan, revealed to great acclaim at the London Motor Show in July 2008.

Like the Volt, the Ampera will go on sale as a 2011 model; it may also be sold as a Vauxhall in the UK, as are most Opel models. Its Voltec powertrain pairs a 16-kilowatt-hour lithium-ion battery pack with a 110-kilowatt electric motor driving the front wheels, giving an all-electric range of 40 miles. When the battery has discharged, a 1.4-liter direct-injected engine switches on to power a generator that provides enough current to run a further 300-plus miles.

Because European countries have standard 230-Volt electrcity, recharging the Ampera may only take 2 to 3 hours, against 5 to 8 with standard US 110-Volt power.

Production volumes for the Ampera aren't known, but the car will be built at the Volt plant in Flint, Michigan, and exported to Europe. GM's Bob Lutz said roughly 10,000 Volts would be built in the first year, and then perhaps 60,000 in following years; that number is expected to include the Ampera, and also perhaps the Cadillac Converj coupe, shown in concept form at last month's Detroit Auto Show. 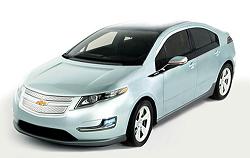 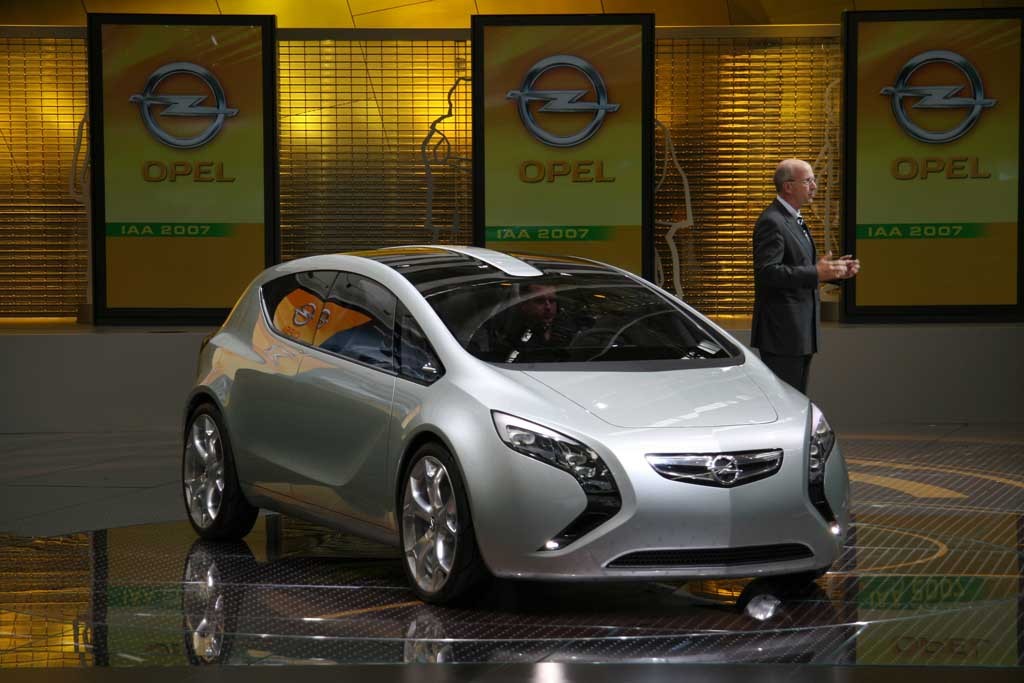