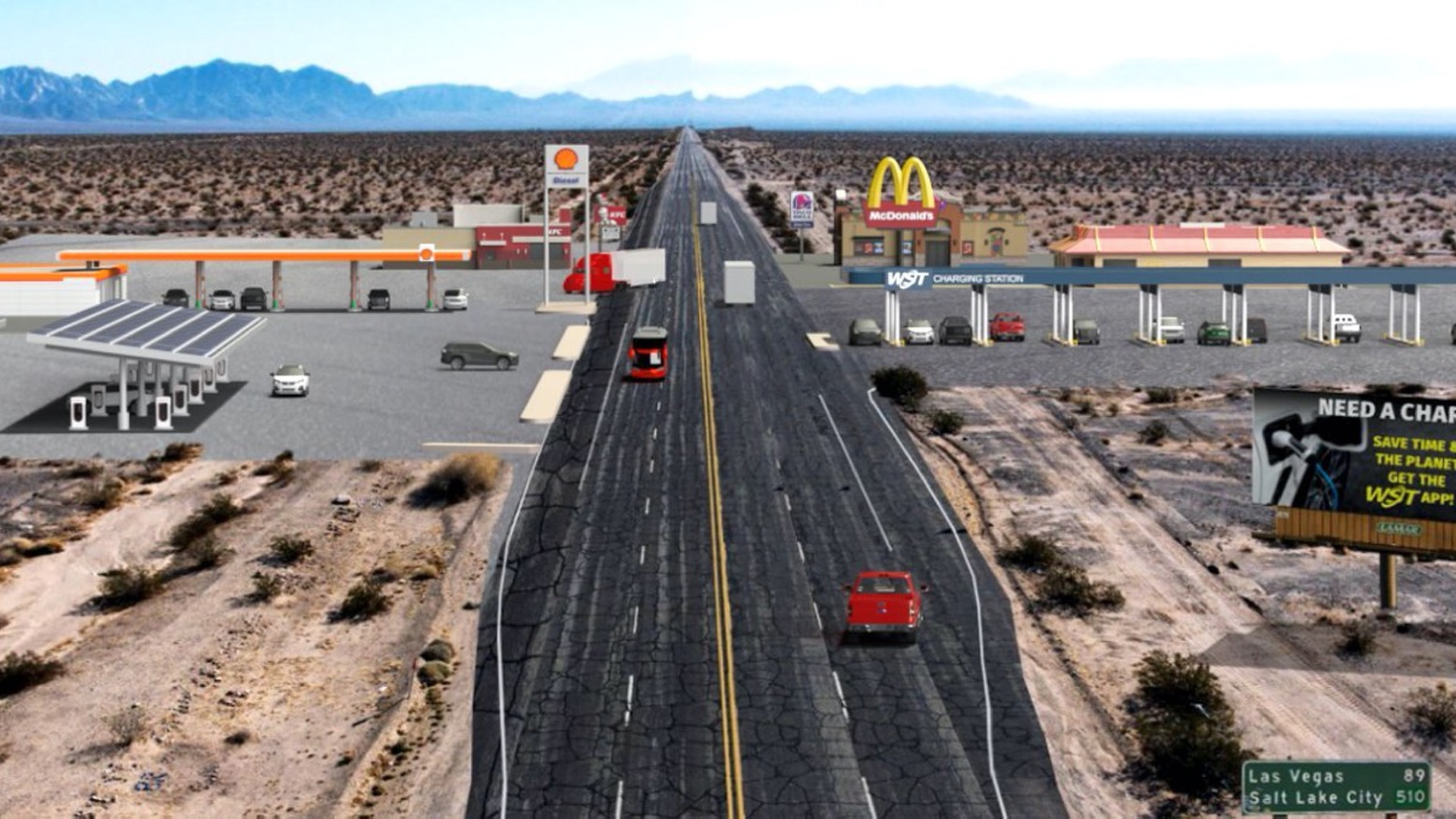 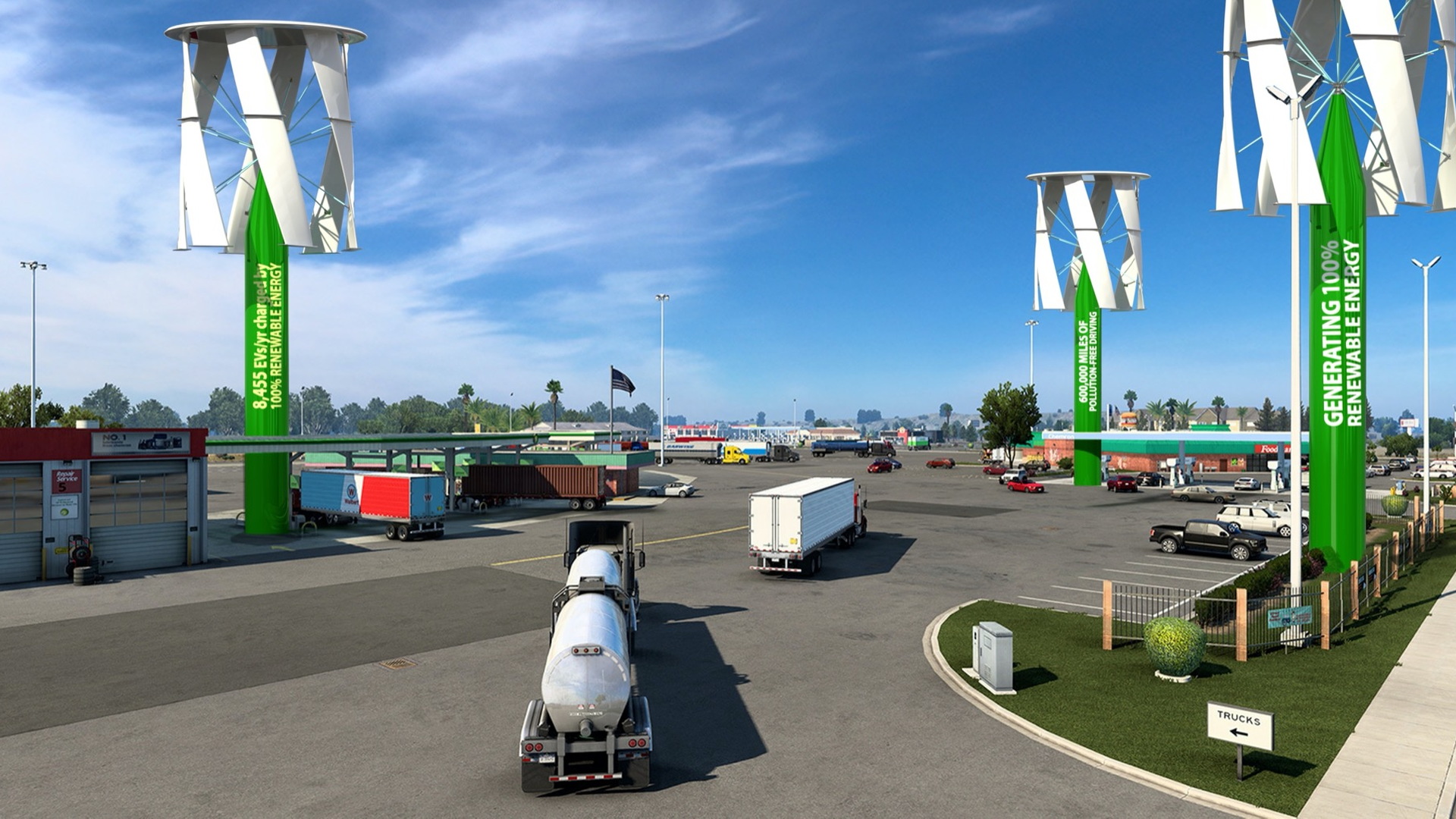 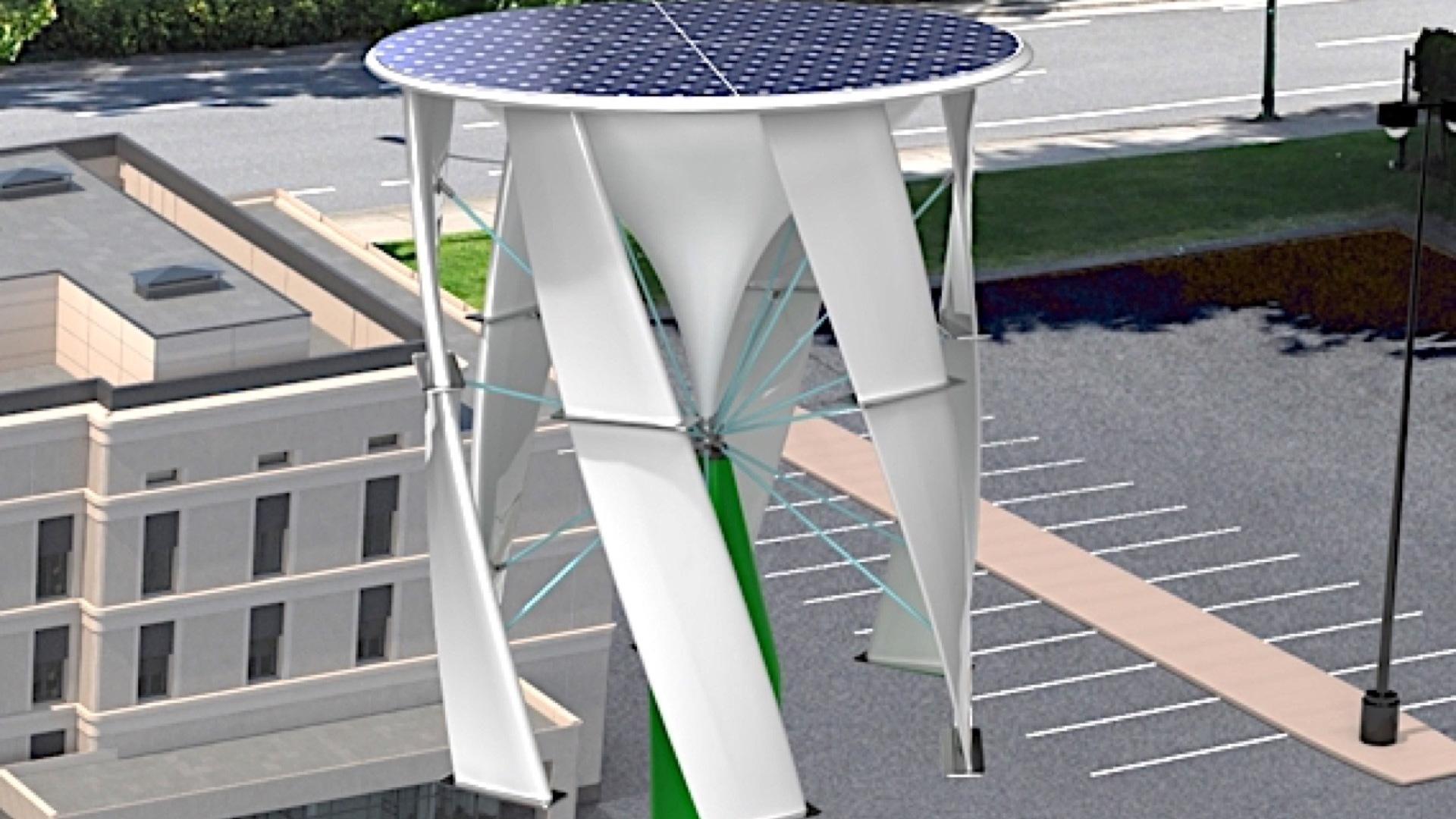 Wind and solar-powered charging could further lower the environmental impact of electric cars; but one New York-based company wants to combine them in one electricity-generating device that could be used for EV charging stations or wherever grid-buffering might help keep blackouts at bay.

Change Wind Corporation has developed the Wind & Solar Tower, which it claims is the first device to combine wind and solar on one site. Each 82-foot tower requires just two square meters of ground, includes a six-helical-blade wind generator with a self-cleaning solar panel on top, and can be coupled with a 1,000-kwh energy storage array.

The solar and wind sources combined generate up to 52.5 kw, with a total annual output of 169,000 kwh, according to Change Wind Corporation. That's enough to give 8,455 EVs per year a 20-kwh road-trip top-off, the company claims. Up to six vehicles can charge at once, enabled by battery storage within.

The company also claims that the design can produce power with just 5-mph winds, versus a 26-mph minimum for commonly used propeller/pinwheel designs. And furthermore, the company claims, the design doesn't generate the noise or have the maintenance needs of those. It also doesn't kill birds.

In a 2021 Autoline interview, Change Wind Corporation CEO Jim Bardia said each tower will cost $484,000 to install before an applicable investment tax credit, or $376,660 after the credit. He said over a 30-year levelized cost of energy, electricity costs will average 6.5 cents per kwh.

The company declined to provide Green Car Reports with a price of the full product today but indicated it might be less than that.

Inventor Jim Bardia started work on the design in 2010, and Change Wind Corporation first proposed its design years ago, but appears to have run into problems commercializing it—including being denied a trademark registration because the shape wasn't considered distinctive enough. The company confirmed that two complete generation towers were built in Pennsylvania and tested for five years, but both have now been taken down for design analysis. They held up through strong storms.

It's not the first wind-fed charger idea, either. Unveiled just over a decade ago, the Sanya Skypump was a 4-kw vertical axis wind turbine attached to a 42-foot tower.

Meanwhile, Electrify America has begun installing solar-powered charging stations. Whether it's wind or solar (or as Change Wind Corporation hopes, both), renewable energy allows EVs to bypass emissions from fossil-fuel power plants, while also reducing the load on the electricity grid.