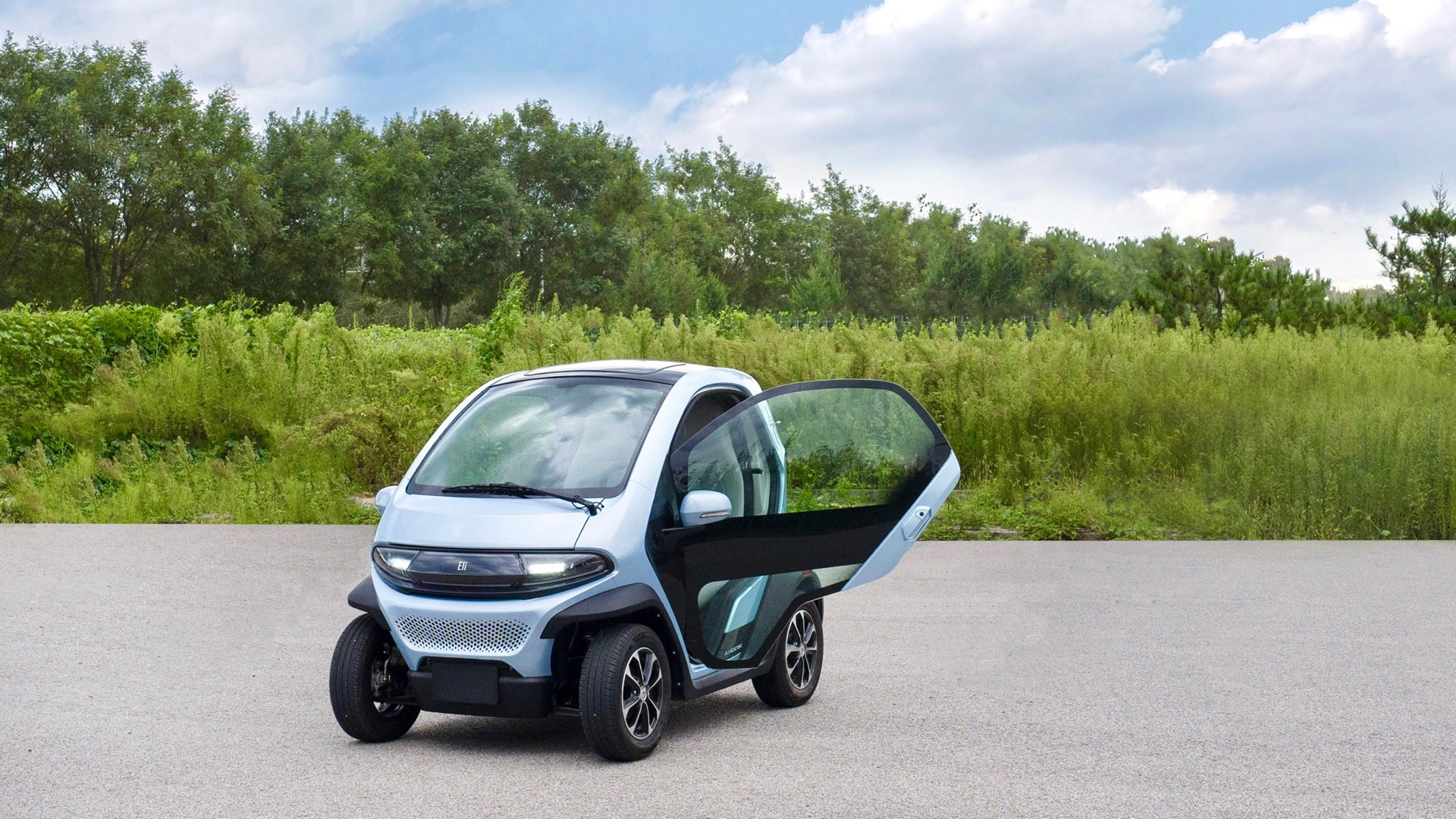 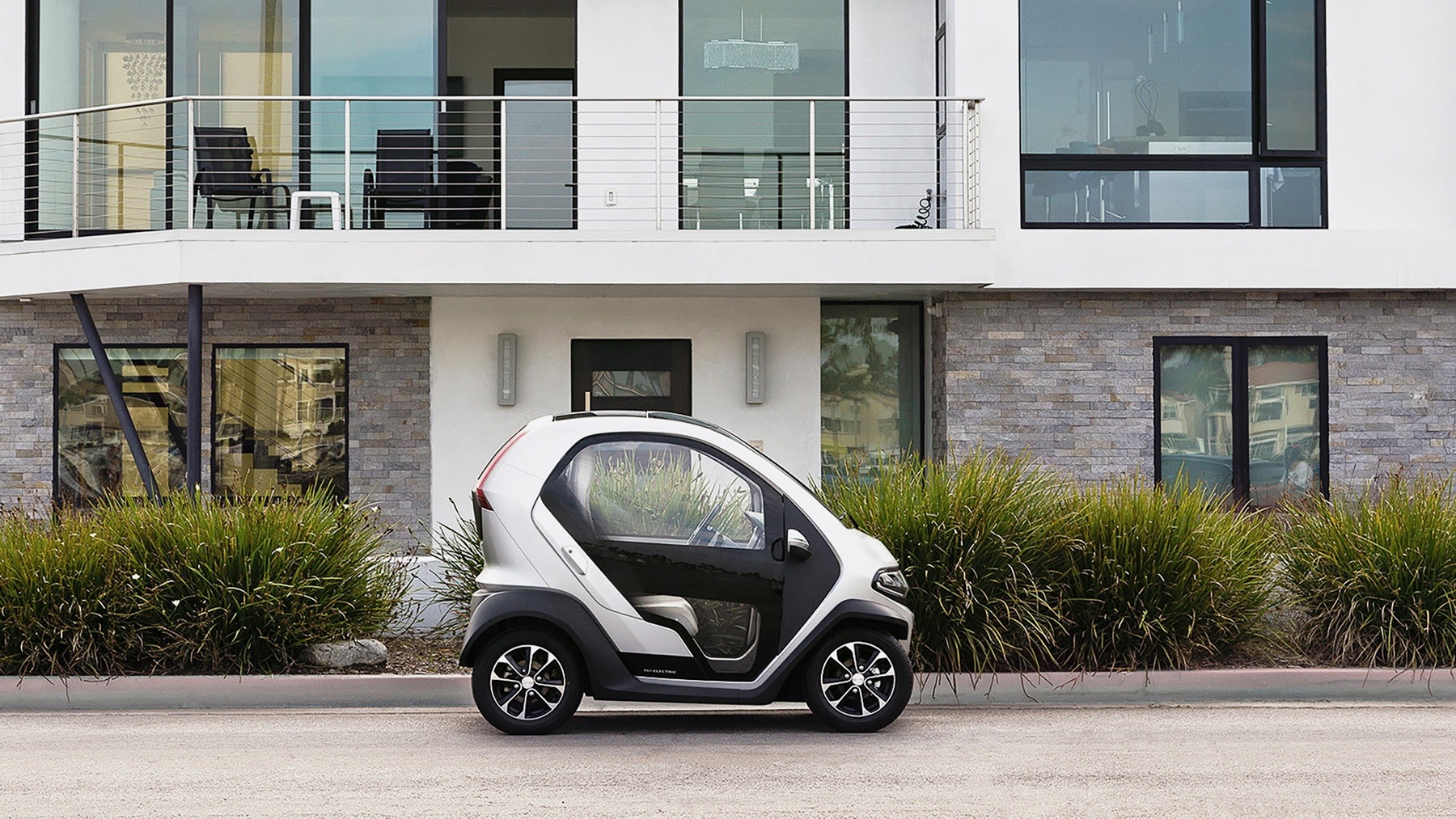 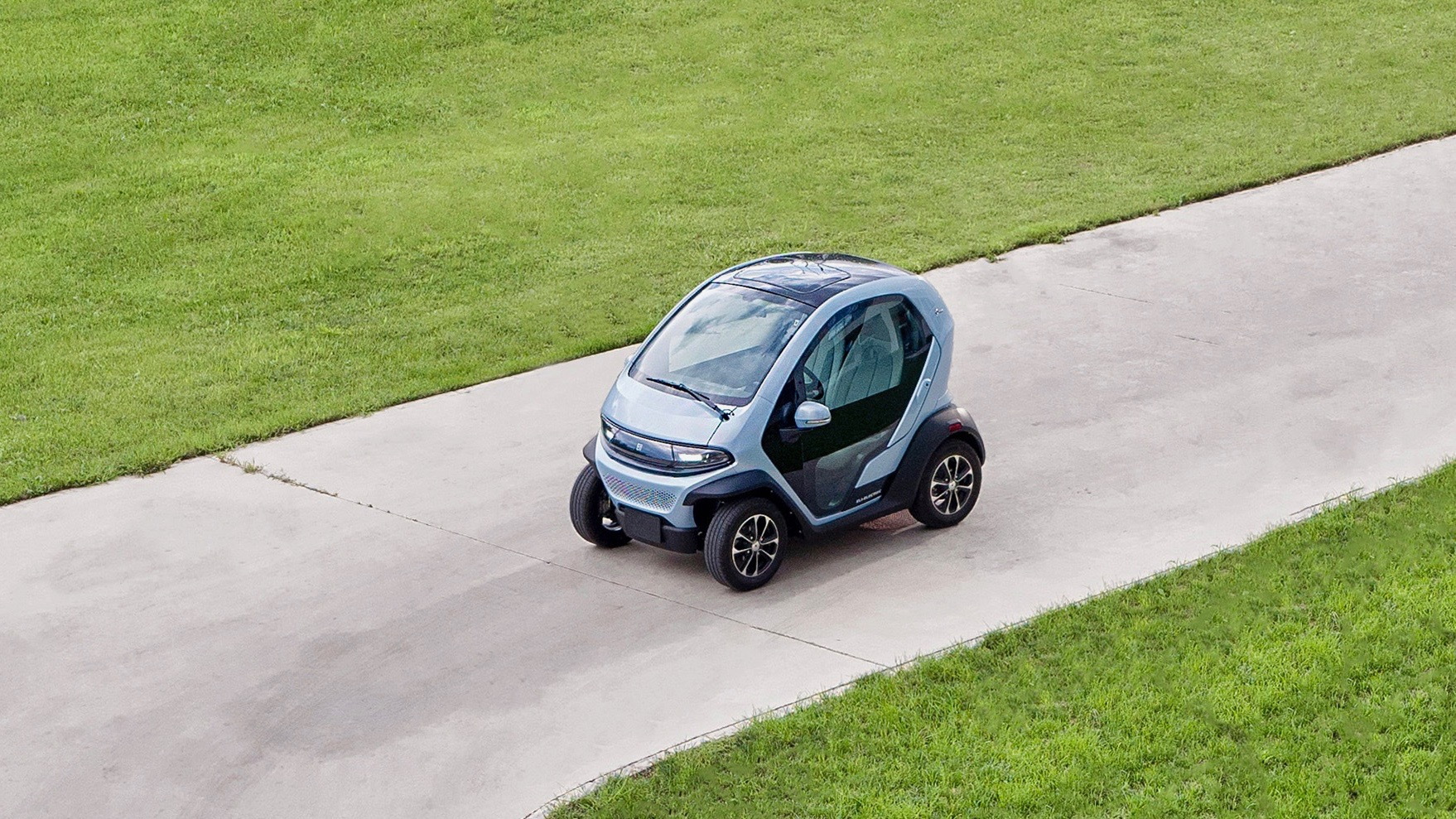 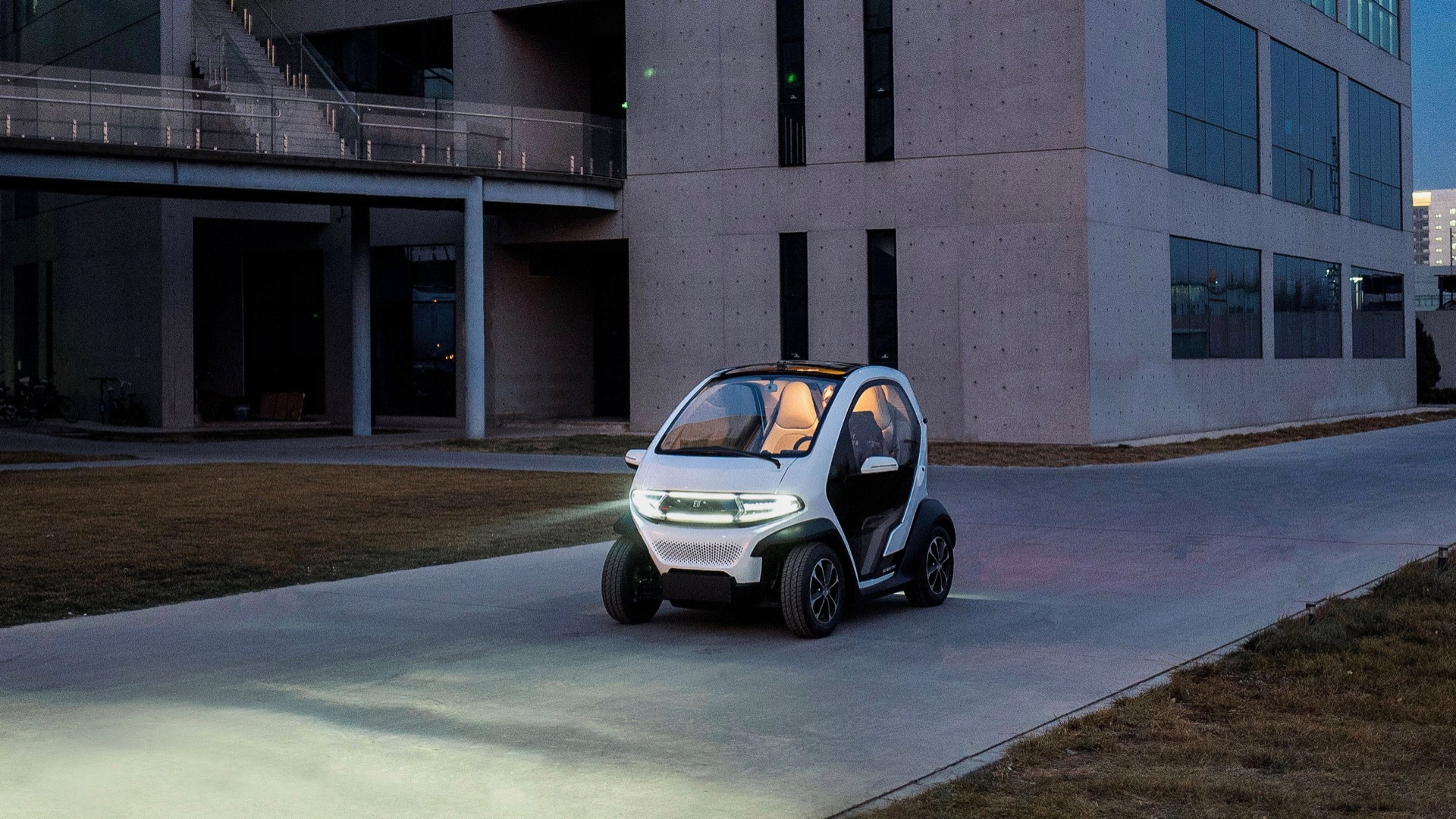 The crowdfunded Eli Zero electric car has started shipping to European Union dealerships, and the company plans to follow that up with a United States launch in late 2022.

Unveiled at the 2017 Consumer Electronics Show (CES), the Zero is classified as a neighborhood electric vehicle (NEV) in the U.S., and as a "light quadracycle" in the EU.

The aluminum two-seater has a quoted top speed is just 25 mph, and a 5.8-kwh battery pack provides an estimated 50 miles of range, according to Eli.

With its small size and emphasis on low-speed urban driving, the Zero appears to share much with the tiny Citroën Ami, which is likely to have the same NEV classification when it joins the Free2Move car-sharing service in the U.S., and isn't considered a car either under EU regulations.

Despite the closeness in naming, the Eli Zero is not related to the Elio-E, the all-electric three-wheeler revealed earlier this month by Arizona-based Elio Motors. Some states require a motorcycle license for three-wheelers, but the four-wheeled Zero should only require a driver's license.

Claiming to have headquarters in both Los Angeles and Beijing, Eli previously announced plans to start deliveries in late 2018 and a $9,900 base price. A company press release said those launch plans were scrapped because of a new U.S. auto tariff put in place that year.

Eli points out that a vehicle of this type has a place in the U.S. despite "a culture of sprawling highways and oversized trucks," as it provides easy and affordable local trips. It says 75 percent of U.S. car trips are under 10 miles, and it says that according to the Southern California Association of Governments, NEVs like the Zero have the potential to accommodate 83 percent of trips under 5 miles.

It isn't the only company marketing an NEV as an alternative to more conventional electric cars.

Other efforts have aimed for a similar urban crowd—like the BMW Isetta-influenced Microlino. And a decade ago there were many more micro-EVs set to be classified as NEVs—like the Wheego Whip. But most of those seem to have faded away in favor of autocycles like those from Arcimoto.