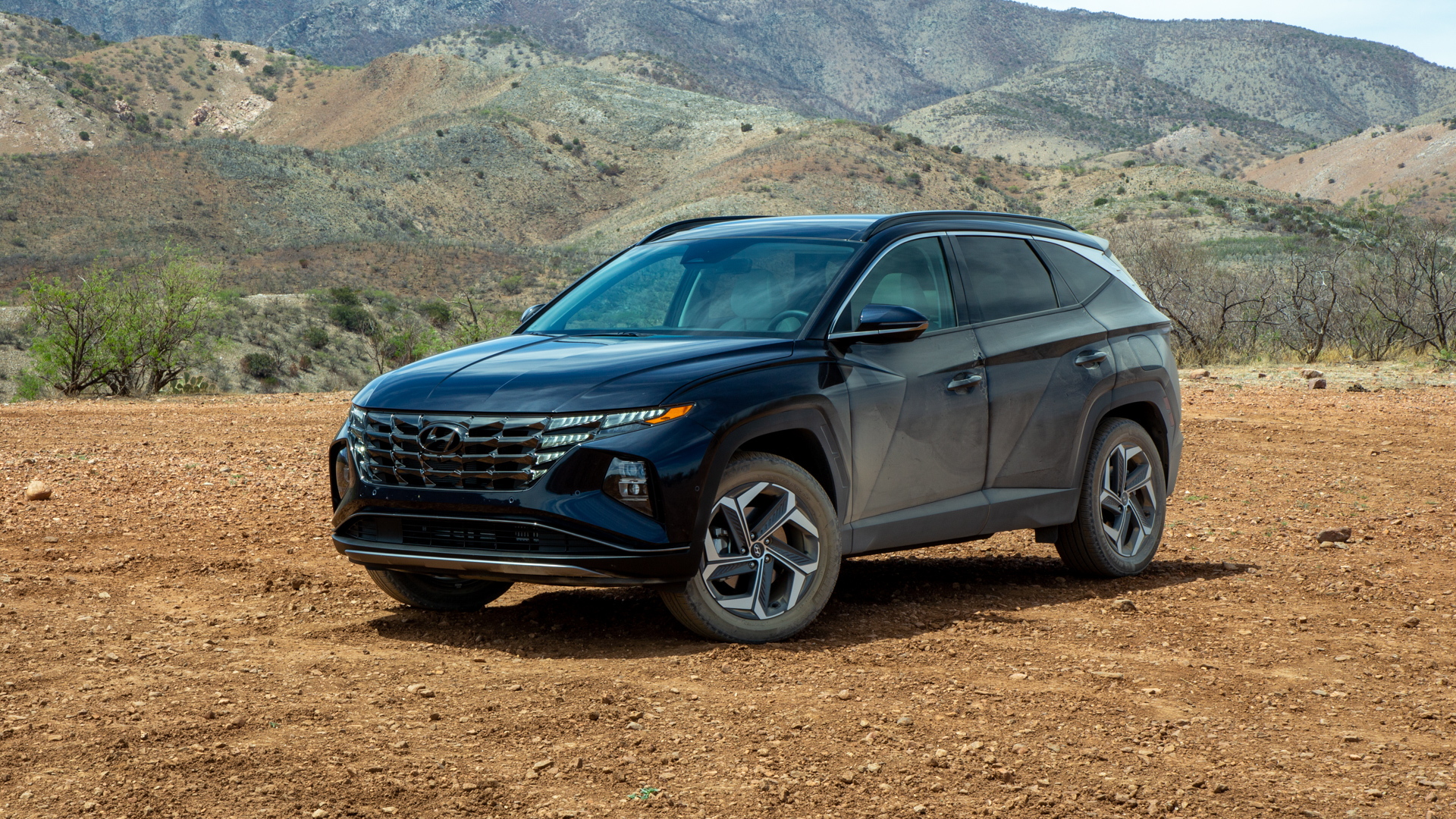 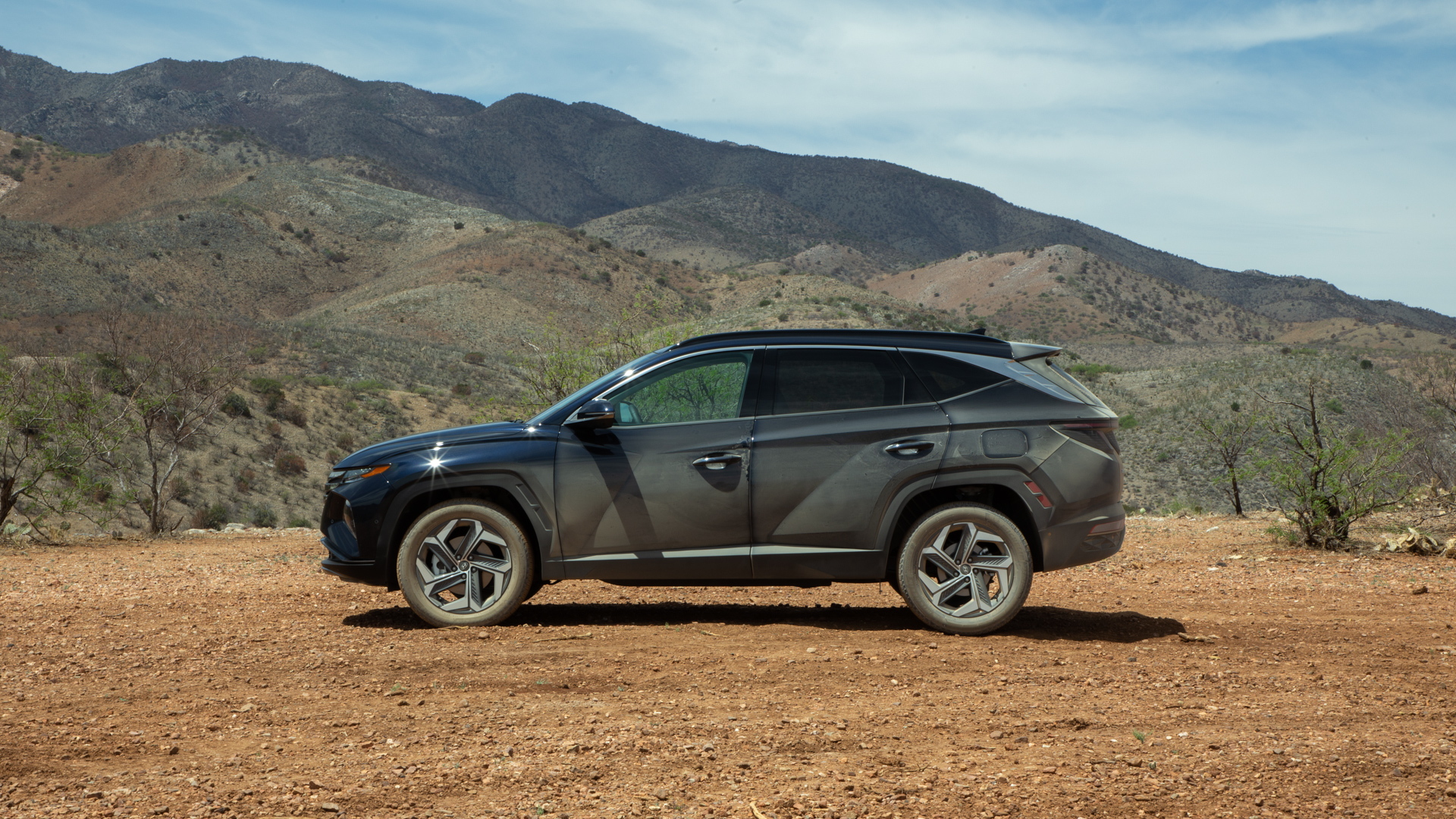 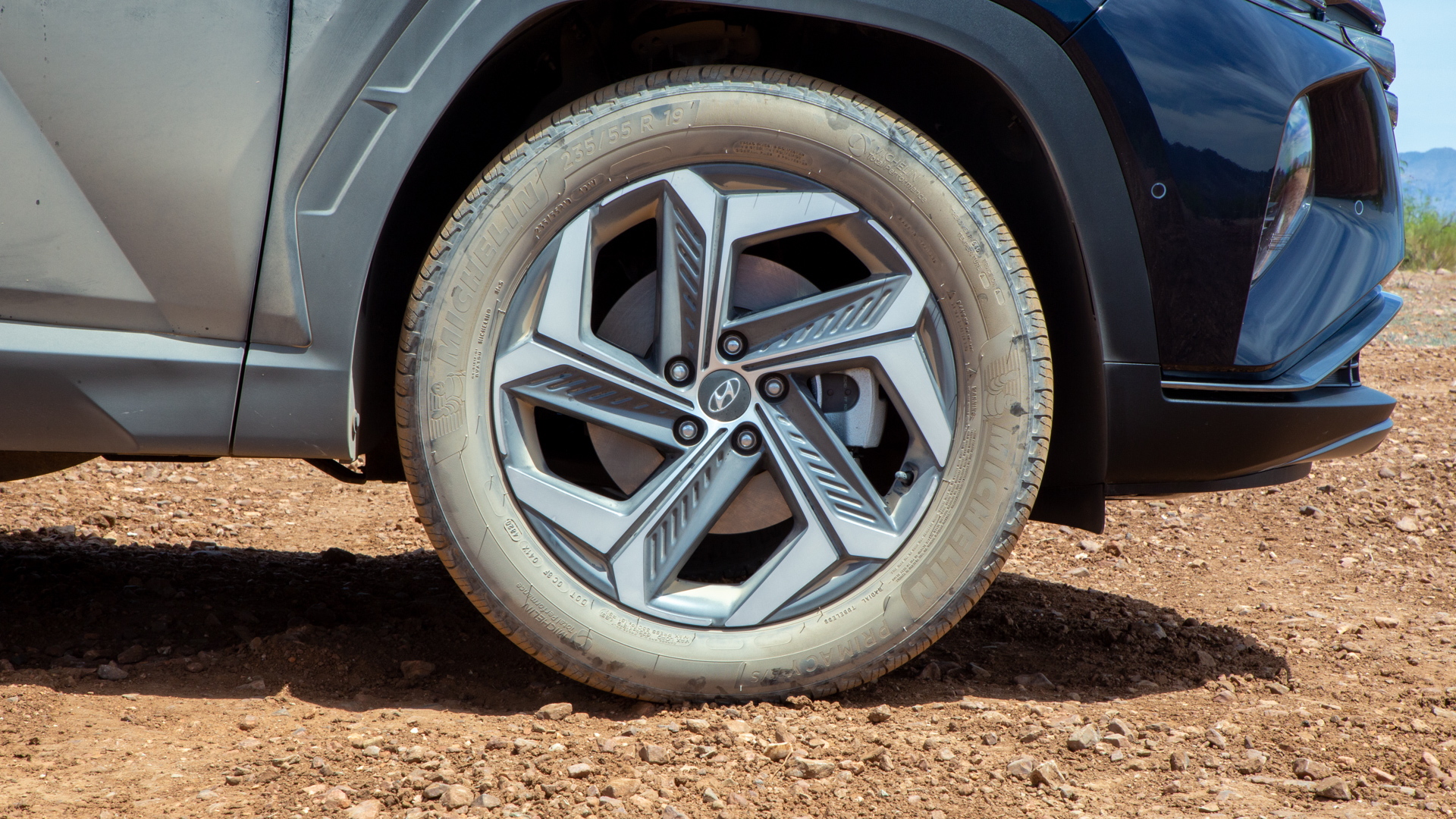 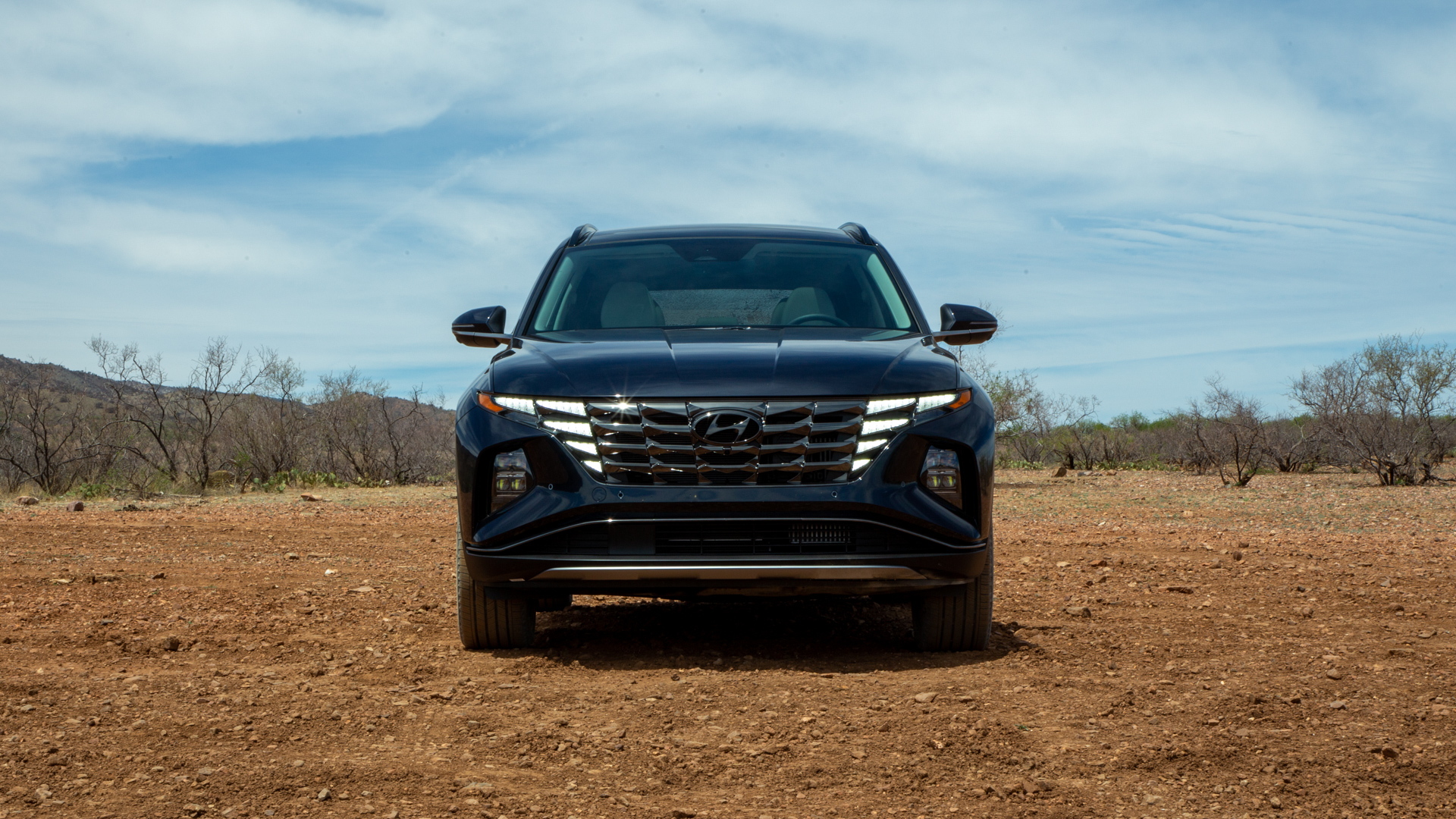 The 2022 Hyundai Tucson Hybrid has many things working in its favor: audacious new exterior styling, a robust feature set, and a clear advantage in drivability over the gas-only Tucson to name a few. But all of those things fall to the wayside if the fuel economy don’t measure up to this model’s EPA ratings of up to 38 mpg.

A dusty, off-road-focused first drive of the Tucson Hybrid in Arizona didn’t provide much of a sense of this compact SUV’s efficiency, so I recently took a Tucson Hybrid on a pair of drives to paint a clearer picture. The first was a round trip from Los Angeles to Las Vegas, to test out highway fuel economy, and the second was a 50-mile slog on the streets of Los Angeles.

The EPA rates the Tucson Hybrid at 38 city, 38 highway, and 38 combined mpg for the most efficient Blue trim level. The SEL Convenience and Limited models (I tested a Limited) are rated at 37/36/37 mpg. Though the Tucson Hybrid’s EPA estimated ratings for highway and city mpg are only separated by 1 mpg, we found a pretty big difference between its performance in those environments in the real world.

The drive from Los Angeles to Las Vegas is a fast one, covering about 325 miles in each direction with some elevation change to get up to Sin City’s 2,000-foot elevation. Then I headed back down to nearly sea level, where I live in Los Angeles. I kept mostly to the 70-mph posted speed limit, but it was very hot along most of the route, temperatures in Las Vegas cleared 100 degrees easily and even temperate Los Angeles was in the 90s.

Over the 815.2 miles I covered, the Tucson Hybrid’s trip computer reported an average mpg of 33.1, well below the EPA estimated 36 mpg. It is not uncommon for hybrids to live up to their lofty mileage highway estimates. In that environment, the hybrid wizardry can only capture and release so much energy.

The Tucson Hybrid was an easy vehicle to drive on the highway. I used its Highway Drive Assist feature, which combines the adaptive cruise control with lane centering for longer, flatter stretches. It does a good job helping to ease driver fatigue and keeps the vehicle well centered. There is noticeable wind and tire noise at these speeds, more so than a luxury vehicle even though the Limited trim does offer some nice materials and an attractive design inside.

My second round of testing involved 50 miles on city streets around Los Angeles to see how it performs in that environment. It included a mix of congested urban streets at low speeds, a stretch of 45-mph roads along the coast, and some suburban stretches as well. After 50.2 miles, the trip computer reported 40.1 mpg, which cleared the 37 mpg city rating with ease.

The city is also where the Tucson Hybrid is the most pleasant to drive, the wind and tire noise is less present and the initial boost of acceleration from the electric motor when moving from a stop makes the crossover feel more spirited.

Neither of the test results for the Tucson Hybrid were all that surprising, we expected the SUV to fall short on the highway but were pleasantly surprised to see it exceed estimates in the city. If we use the EPA’s own 55-45 city-highway split for calculating fuel economy with our results (40.1 and 33.1 mpg respectively), we get 37.0 mpg on the dot, hitting the EPA combined estimate on the nose.

This extended test also gave me a better sense of how the Tucson Hybrid measures up versus its main competitors, the Honda CR-V Hybrid and the Toyota RAV4 Hybrid. The Honda CR-V Hybrid remains my favorite to drive of the three, its electric motors feel stronger and it provides a driving experience closer to that of an EV, much like RAV4 Prime does. Both the RAV4 Hybrid and Tucson Hybrid feel more conventional, with the ICE engine more apt to intervene at lower speeds if you tip the pedal in without a feather-like touch. Both competitors do hold a slight edge over the Tucson Hybrid with respect to EPA ratings, with the CR-V Hybrid offering 38 mpg combined and the RAV4 Hybrid 40 mpg combined.

My test vehicle stickered at $38,704, which matches up closely with both the CR-V Hybrid ($37,575) and RAV4 Hybrid’s ($38,505) top trim levels. The Tucson Hybrid offers a longer warranty (10 years/100,000 miles for the powertrain) and a strong feature set, including heated rear seats, blind spot video monitors, and a 10.3-inch digital instrument panel display that the other two can’t match. It also presents a solid value versus the comparably equipped gas version of the Tucson, only costing $1,250 more. With gas prices soaring, that difference becomes easy to make up quickly.

The Hybrid version's reign at the top of the Tucson mountain may be short-lived, with the plug-in version set to arrive shortly with 32 miles of electric range. We’re excited to see if that vehicle can live up to its efficiency estimates, as its hybrid sibling appears to.

NOTE: Trip computer mileage is as reported by the vehicle and has not been corrected or calibrated.