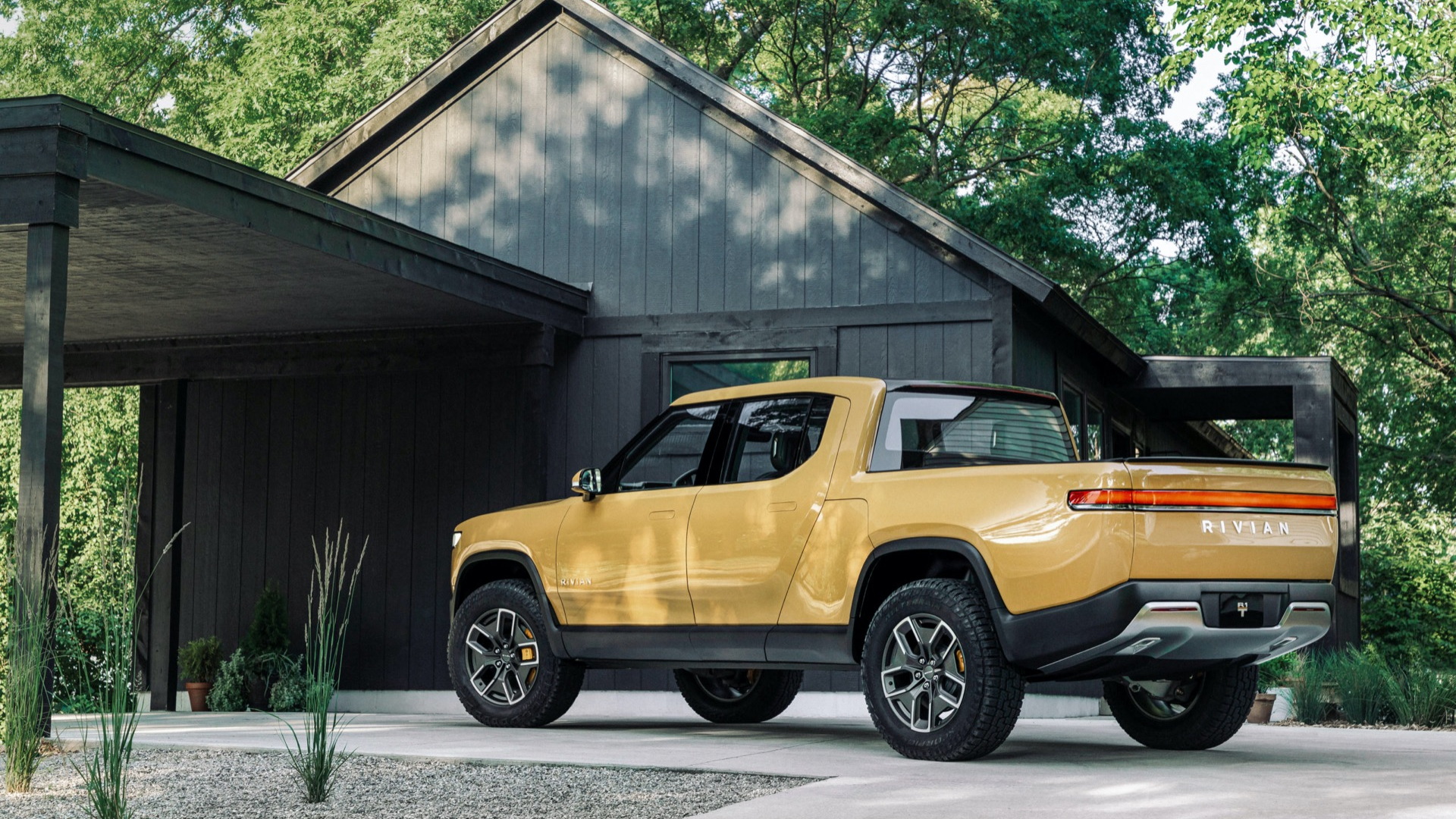 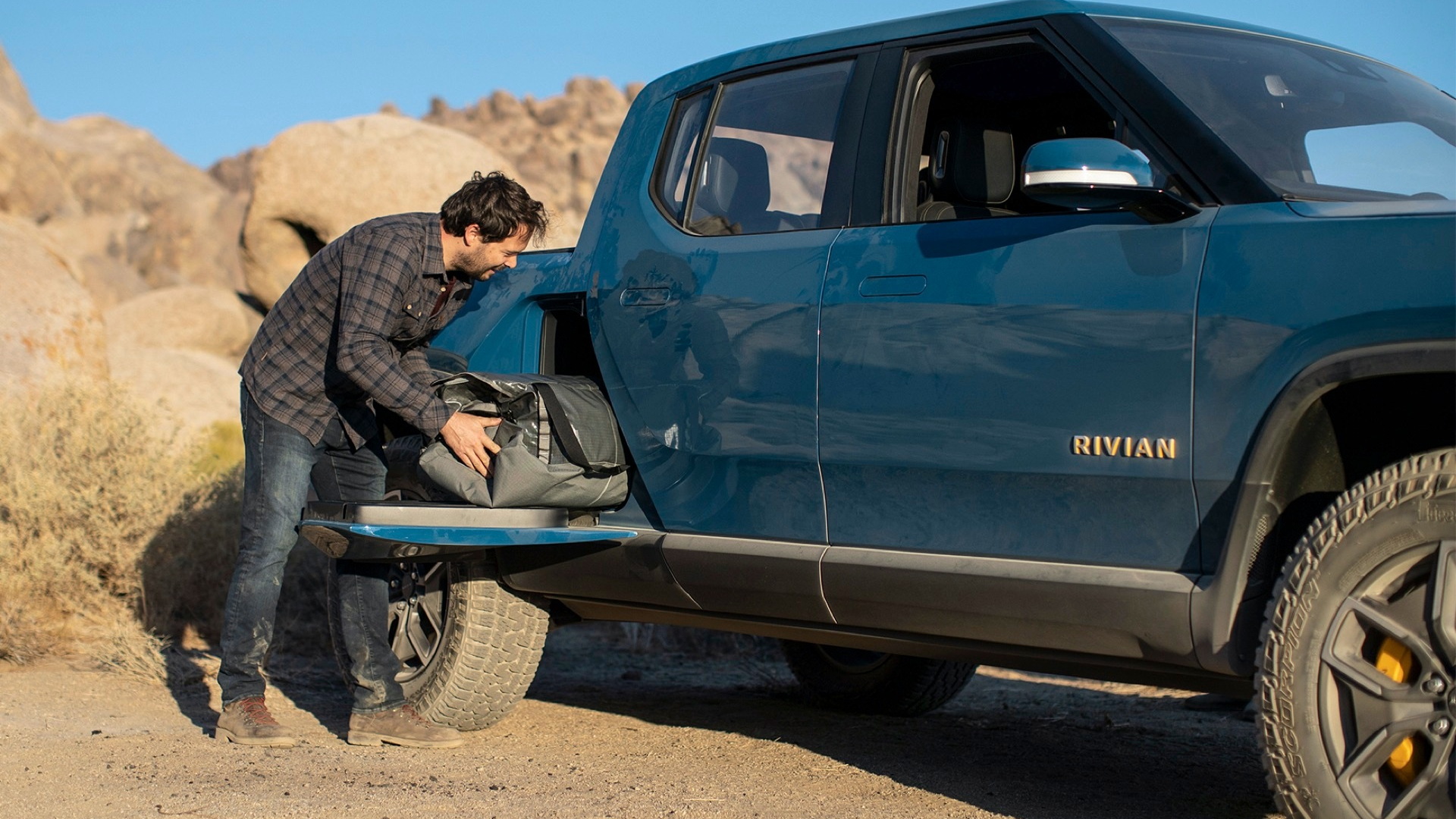 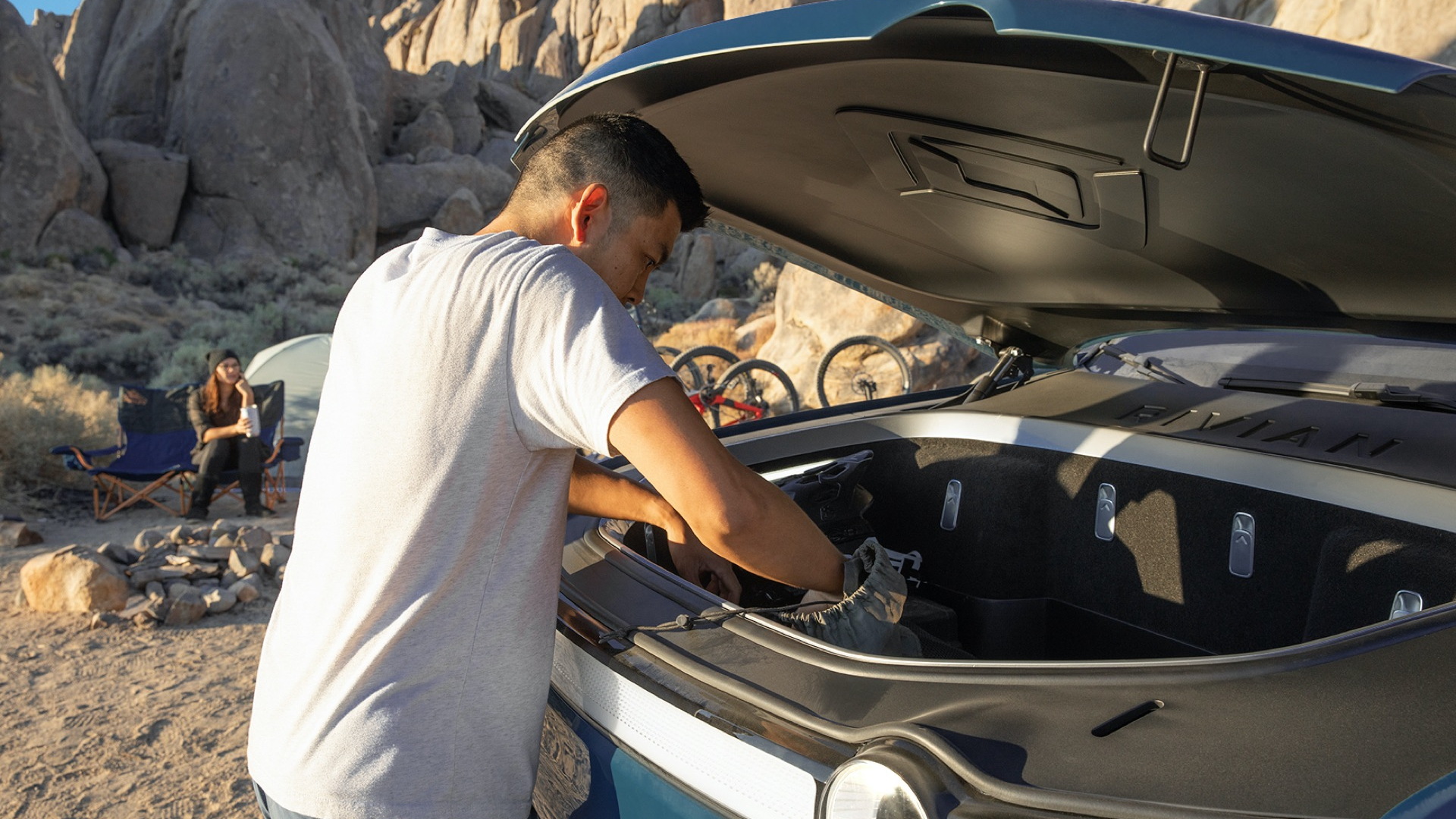 Rivian has released pricing as well as some key specifications for its Illinois-made electric trucks, the R1T electric pickup and R1S electric SUV, which are both due for first deliveries in summer of 2021.

Rivian says that a longer-range R1T with more than a 400-mile range will be available starting in January 2022. Further, Rivian notes that a longer-range R1S is in the works and will offer five- and seven-passenger seating—confirming that the company found a battery-packaging workaround that wouldn’t nix the third row.

Versions with more than a 250-mile range, incorporating a 105-kwh battery pack, are also due to be announced after the start of truck production.

Specs land right about where they were in the concept versions of these trucks. The R1S is about 202 inches long, 79 inches wide, and 72 inches high—think Land Cruiser, not 4Runner—while the R1T is close to full-size trucks, at 218 inches long, with the same height and width. The R1S rides on a 121-inch wheelbase, while the wheelbase of the R1T is 135 inches.

Rivian still lists 0-60 mph acceleration in 3 seconds and the capability to tow up to 11,000 pounds in the R1T or 7,700 pounds in the R1S. The company has also posted off-road specs, which are the stuff that could make Jeep squirm. Both have 14.4 inches of ground clearance and can wade through more than three feet of water.

Launch Edition models will come with the Adventure Package that includes off-roading equipment and underbody shielding, an onboard air compressor, and in the R1T a power tonneau cover and Gear Guard bed-monitoring system. Inside, the package includes heated-and-cooled vegan faux-leather upholstery, ash wood trim, and a premium audio system with removable Bluetooth speaker.

Explore Edition versions appear to cater to those who don’t plan to take their trucks off-road. It has a sport interior theme and in the R1T, a manual tonneau cover that doubles as a camp table. Rivian teases that a camp kitchen will be on offer in the configurator.

All versions of the trucks will have quad-motor drive, an independent air suspension with active damping, electro-hydraulic roll control, wifi and 4G connectivity, a panoramic roof, and a powerful flashlight in the driver’s door.

Rivian notes that all of its vehicles will have a Driver+ feature described as “true hands-free driving assistance” that will be getting added functionality through over-the-air updates. With the redundancy of two computing platforms plus 12 ultrasonic sensors, 10 exterior cameras, and 5 radar units, it compares to most other systems but offers more sensing than Tesla’s Full Self-Driving suite. Like GM’s Super Cruise and Ford’s upcoming Active Drive Assist, it will only be activated on “select highways” at launch. Unlike its competitors, Driver+ comes standard.

On the charging front, Rivian says that the trucks will be able to add up to 140 miles of range in 20 minutes.

Those who get in line with a pre-order will have early access to the configurator starting Monday, November 16; it will be open to all starting November 23.

U.S. deliveries for the R1T will start in June 2021, with the R1S arriving in August 2021. According to Rivian, delivery will be based on the original pre-order date, delivery location, and configuration.