As it prepares to launch mass-market electric cars, Ford is touting its stance in favor of California's stricter emissions standards.

Ford was the only United States automaker to commit to a voluntary deal to meet tougher California standards—something the automaker reiterated in a short video last week.

In court documents, automakers siding with the Trump Administration are calling themselves the "Coalition for Sustainable Automotive Regulation (CSAR)." 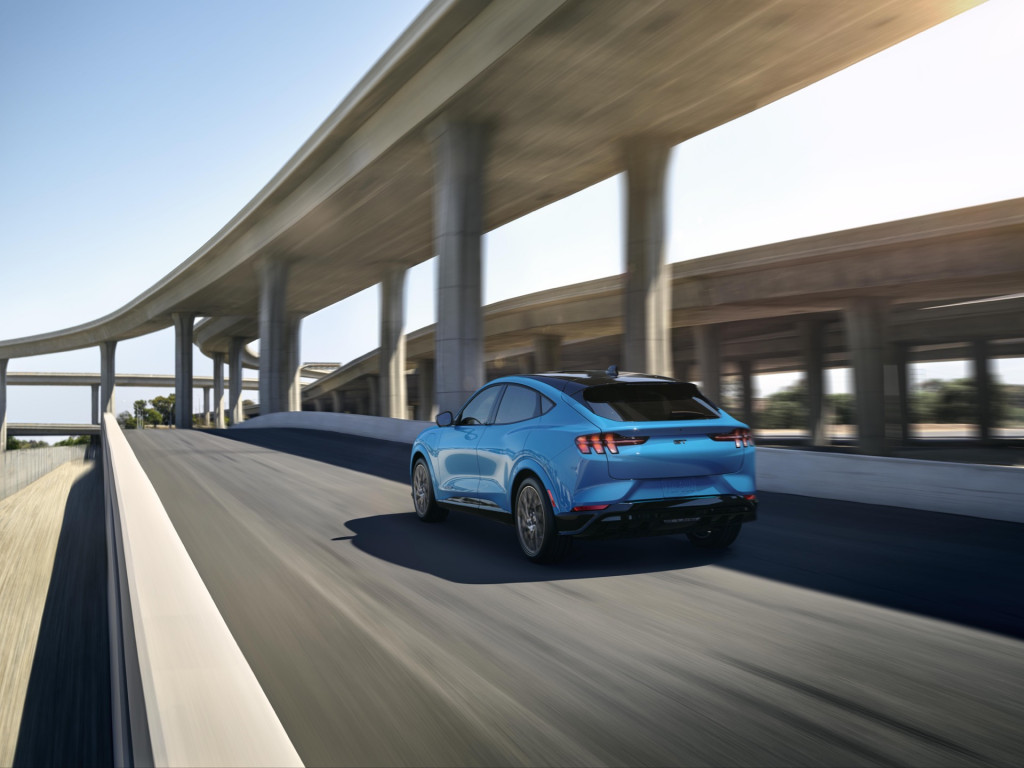 That led California to boycott GM and bypass vehicles like the Chevrolet Bolt EV for its state vehicle fleet.

In the video, Ford said it was "the only American automaker" to stand for such progress—although whoever made or signed off on that video seems to have forgotten about Tesla.

Opposition from automakers hasn't stopped California from working to curb greenhouse gas emissions. Just last week, an executive order called on state regulators to draw up a framework for banning the sale of new gasoline passenger cars by 2035.

When California Governor Gavin Newsom announced the executive order, one of the vehicles arrayed in formation behind him was a red Ford Mustang Mach-E electric SUV.

The timing of Ford's release appeared not to be related to the California move. Ford spokesman John Cangany confirmed to Green Car Reports that it's part of a campaign called "Built for Progress," and intended to follow up on the groundbreaking for an electric F-150 plant and an imminent launch of the Mach-E electric SUV. "So we think this is a good opportunity to talk more about our environmental progress," he explained.

The Mustang Mach-E will made in Mexico, with an anticipated volume that will surpass any EV yet from GM or FCA—and it's due to begin deliveries soon.