The initial route spans 11 states and more than 2,700 miles, Electrify America said in a press release Wednesday. It follows Interstates 15 and 70, with charging sites positioned an average 70 miles apart. All Electrify America fast-charging stations deliver at least 150 kw (CCS), with 350 kw at some locations. 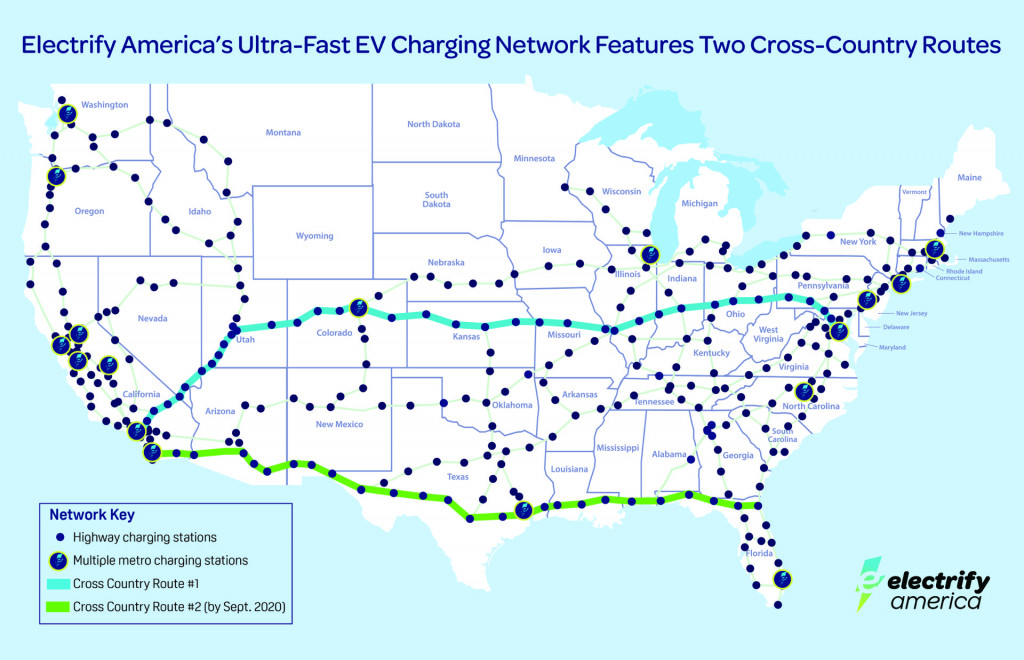 A second cross-country route connecting San Diego and Jacksonville is scheduled to be completed by September, Electrify America said. This route will follow Interstate 10 and 8, cutting through the Southern United States.

The buildout of Electrify America's network initially focused on metropolitan areas, but the company is now filling in long-distance routes under its second-cycle plan.

Electrify America already has routes covering the East Coast and West Coast. As with the cross-country routes, they follow heavily-traveled highways linking metropolitan areas. One follows Interstate 95 between Portland, Maine, and Miami. The other follows Interstate 5, connecting Seattle to San Diego. 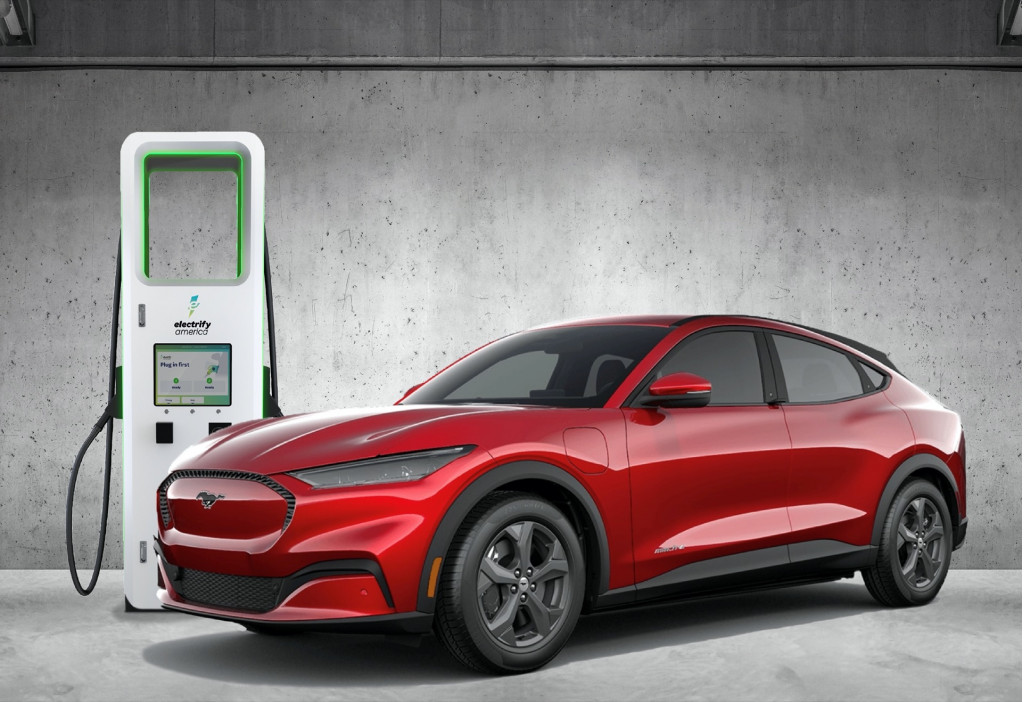 The progress that Electrify America, which is funded by Volkswagen as part of the automaker's diesel-emissions cheating settlement, has made in such a short time is impressive.

About 20 months in, Electrify America is the closest rival to Tesla's Supercharger network, with 435 charging sites in operation and over 100 sites in development. The U.S. Alternative Fuels Data Center currently lists 929 Tesla Supercharger sites nationwide, but the automaker has been building out its network for eight years.

Tesla connected the dots for cross-country travel back in 2014, although the gaps between stations were definitely longer than the 70 miles Electrify America has modeled its routes around.

By 2015 there was already a choice of several different cross-country routes for Tesla drivers. How quickly can Electrify America catch up?