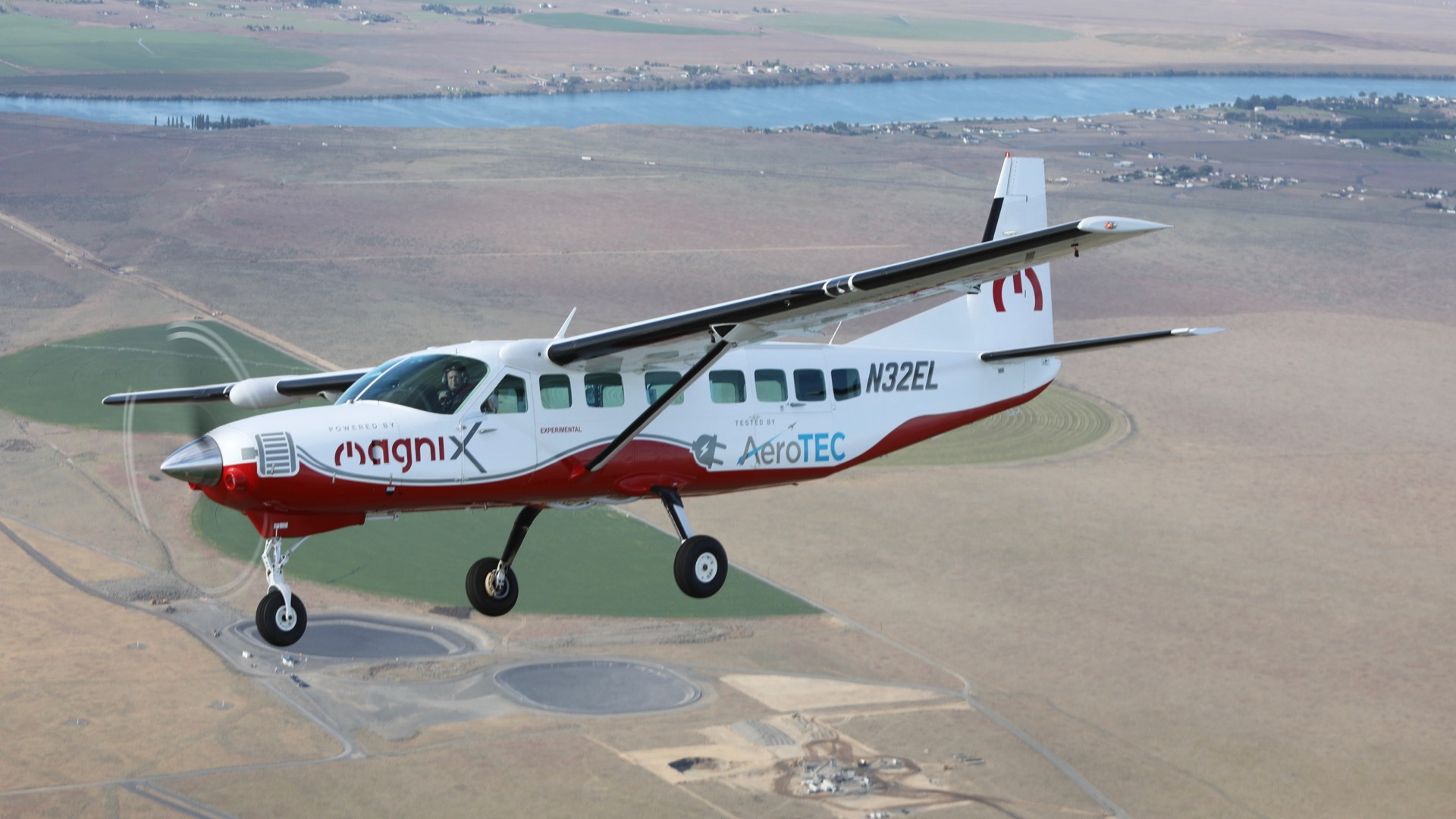 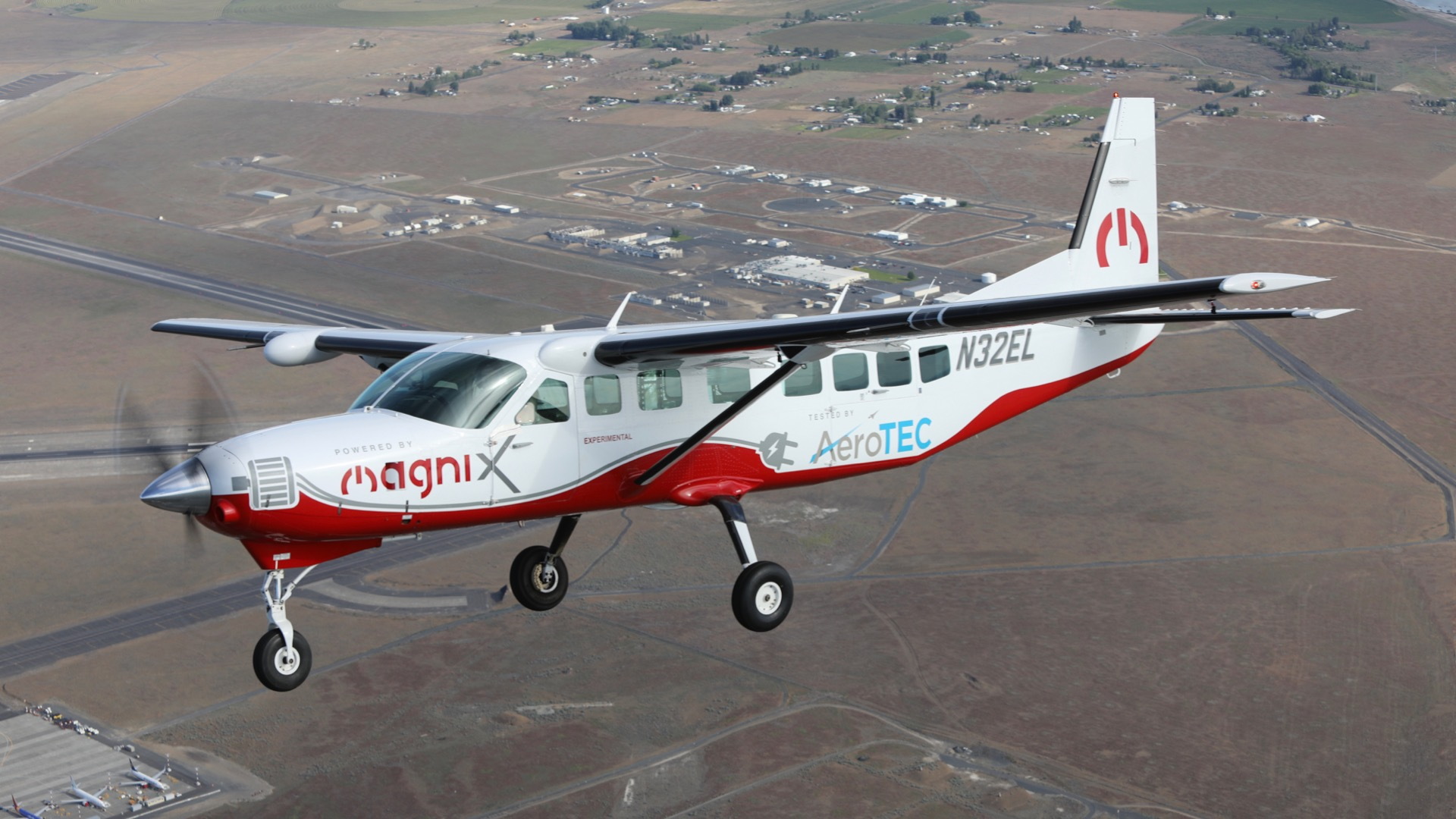 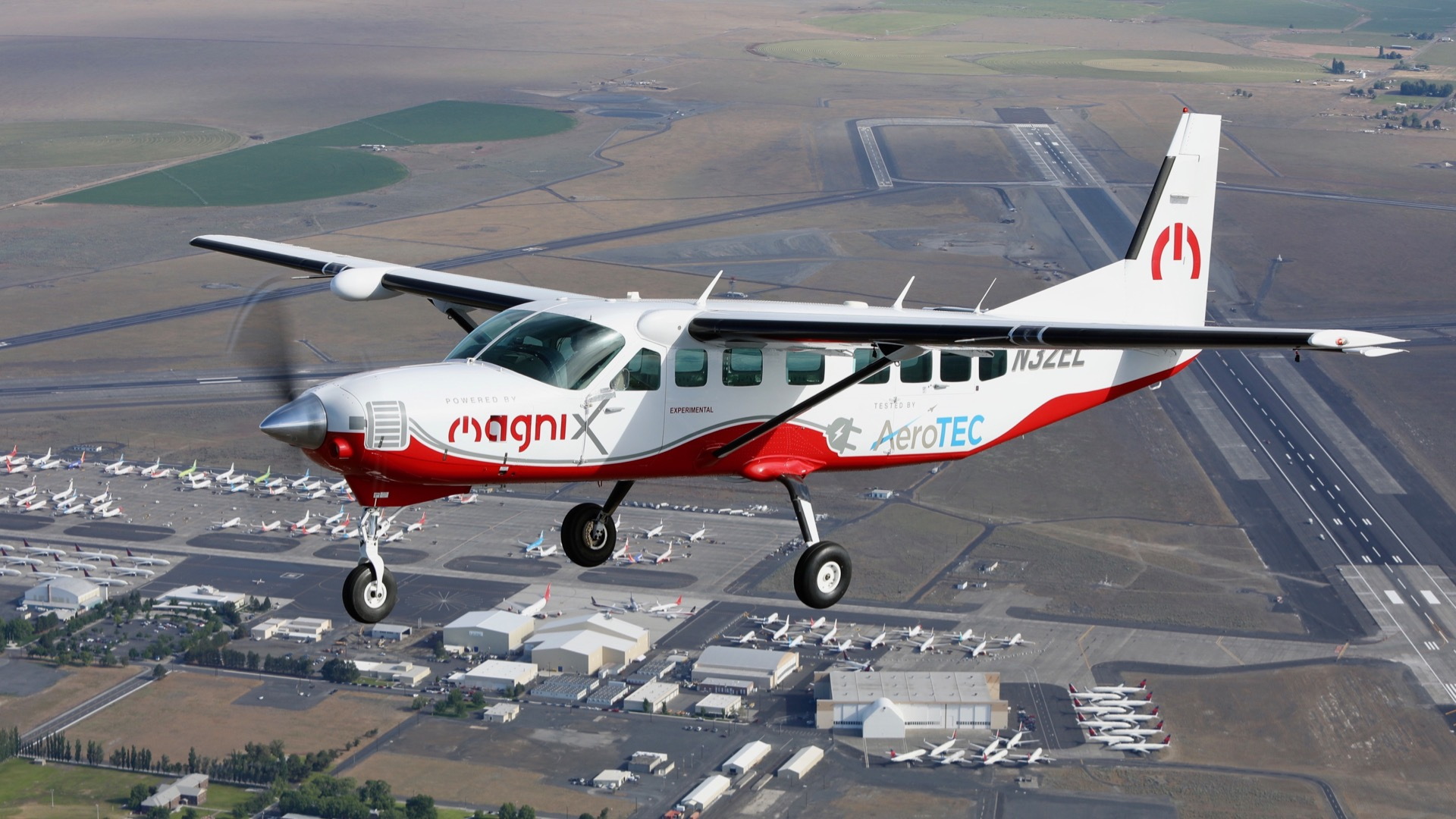 A milestone in the quest to develop electric commercial aircraft occurred last week. The world's largest commercial electric airplane took to the skies, flying for 30 minutes over Moses Lake, Washington.

The plane, a modified Cessna Caravan that normally seats nine people, was the product of two Seattle-area aviation companies, according to The Seattle Times. Startup MagniX supplied the electric motor, while AeroTEC, an aerospace engineering and certification company, modified the Cessna.

Those modifications involved filling up the cabin with two tons of lithium-ion batteries and cooling equipment, leaving little room for passengers, the paper reported. The relatively limited flight time and range (100 miles) also don't leave any room for changes in the flight plan. Still, the flight proved a plane of this size could be powered solely by an electric motor.

The startup previously modified a De Havilland Canada DHC-2 Beaver seaplane with the same 750-horsepower electric motor used in the Cessna. The Beaver made its first flight over Vancouver, British Columbia, in December 2019.

Because these existing designs are certified by the Federal Aviation Administration (FAA) for commercial flights, a modified electric version should get certified more quickly than a clean-sheet design, The Seattle Times noted.

Battery technology is a major obstacle to electric commercial aviation. Energy density still isn't quite there, but it's getting closer.

Unlike passenger cars, emissions standards for airplanes have lagged. In 2016, the Environmental Protection Agency (EPA) would begin drafting aircraft emissions rules, but that has been sidetracked by the Trump Administration. Earlier this year, a coalition of environment groups announced plans to sue the EPA for failing to follow up on those plans.

Airplane emissions rules face an uphill battle. The current administration has worked to undermine in environmental regulations, and a crisis in the airline industry resulting from the global coronavirus pandemic could delay emissions rules as well.