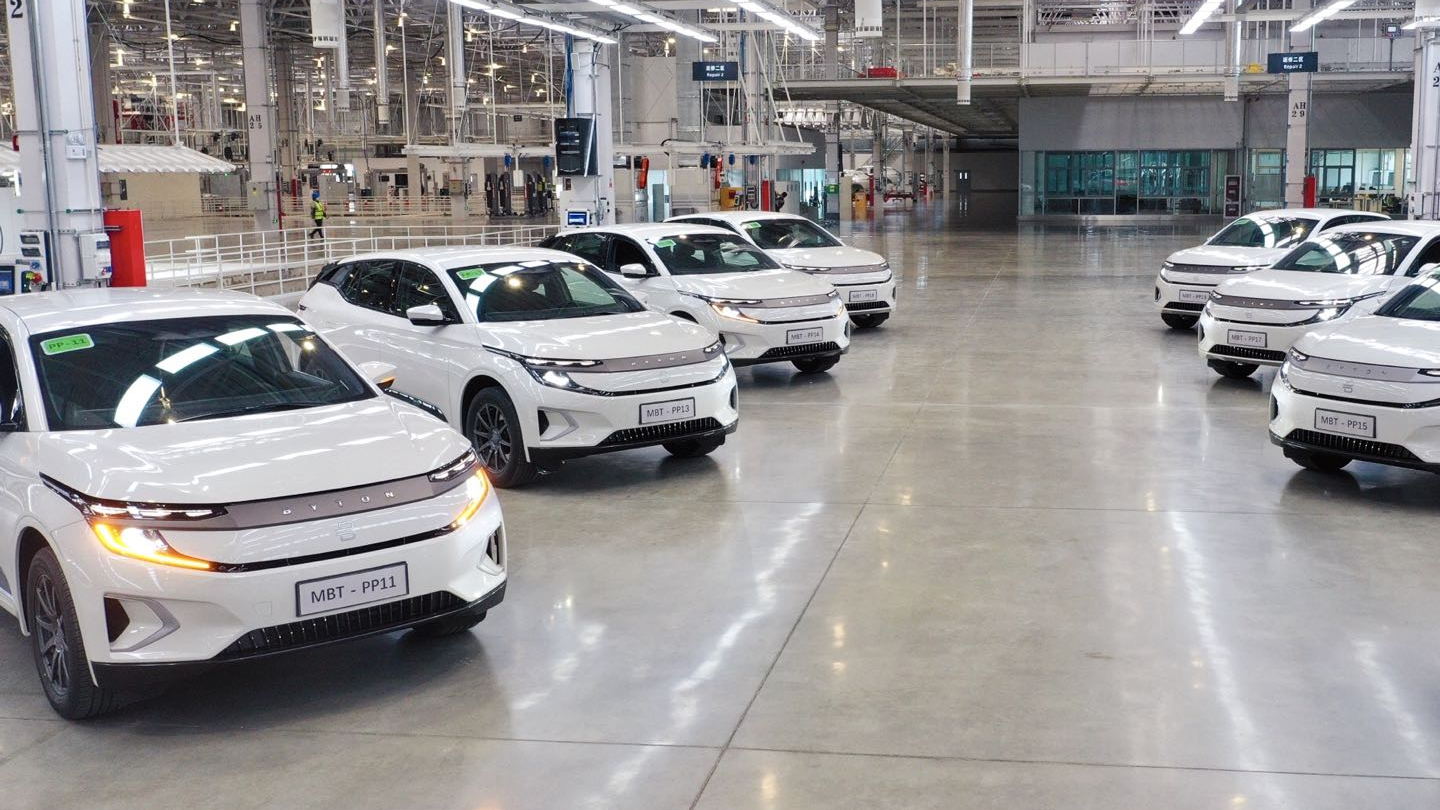 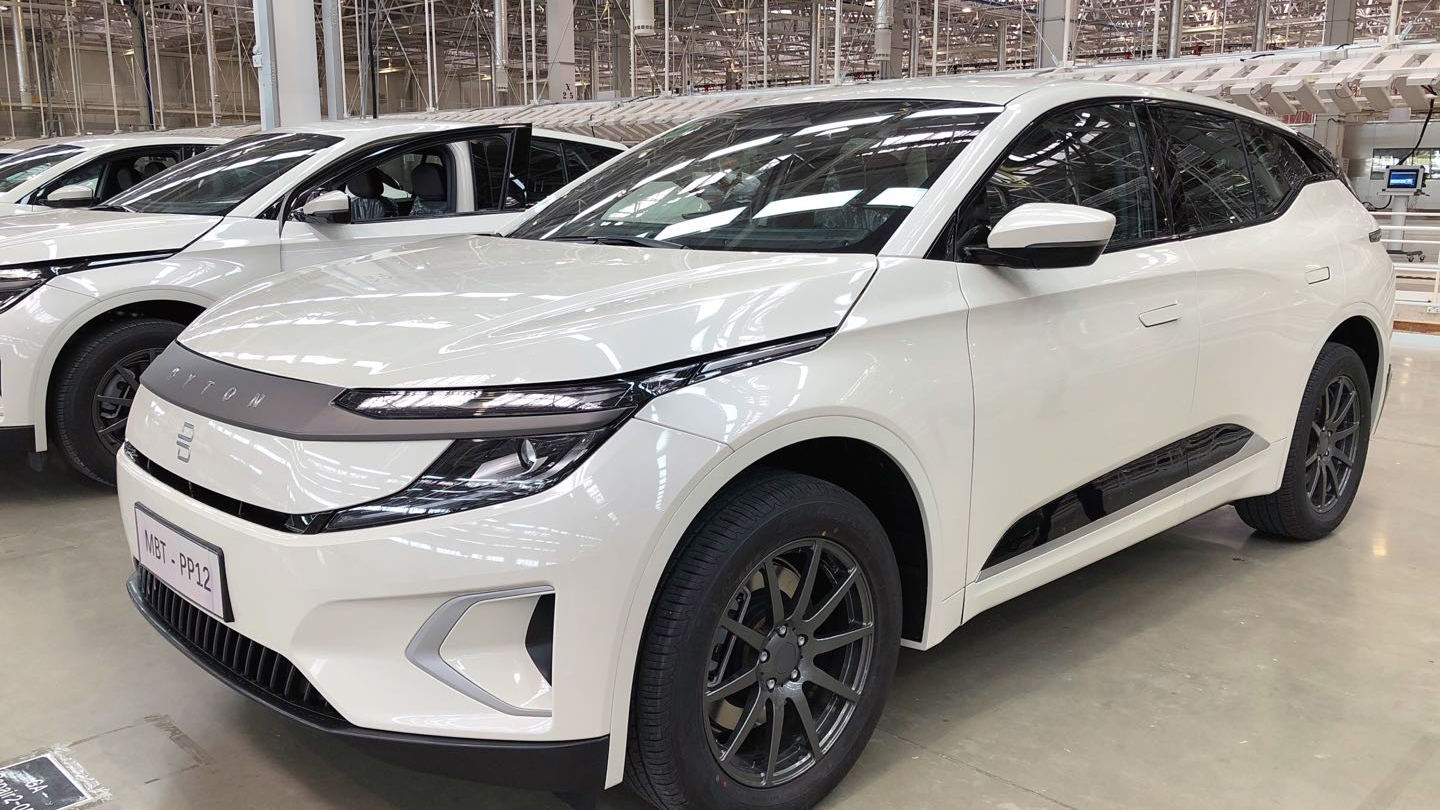 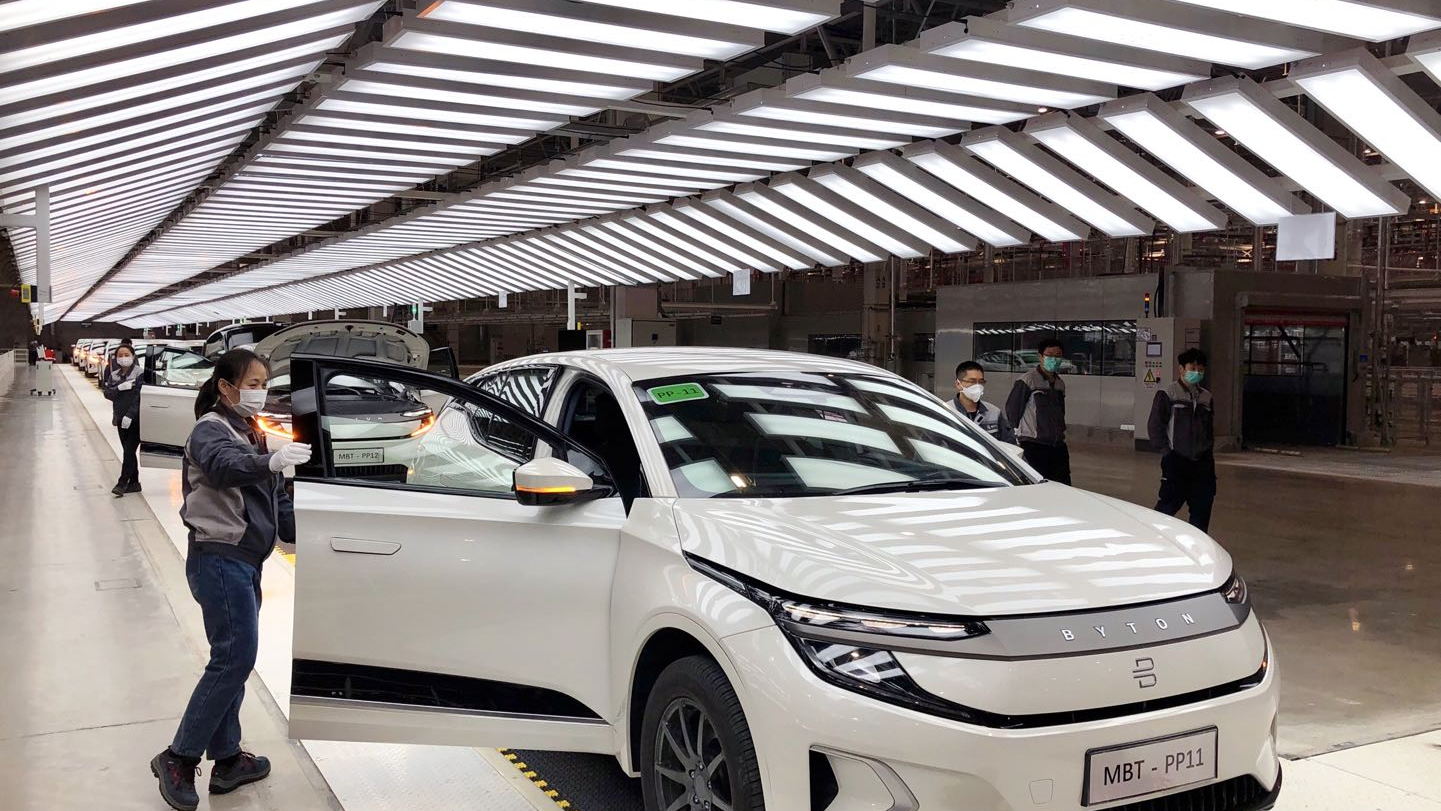 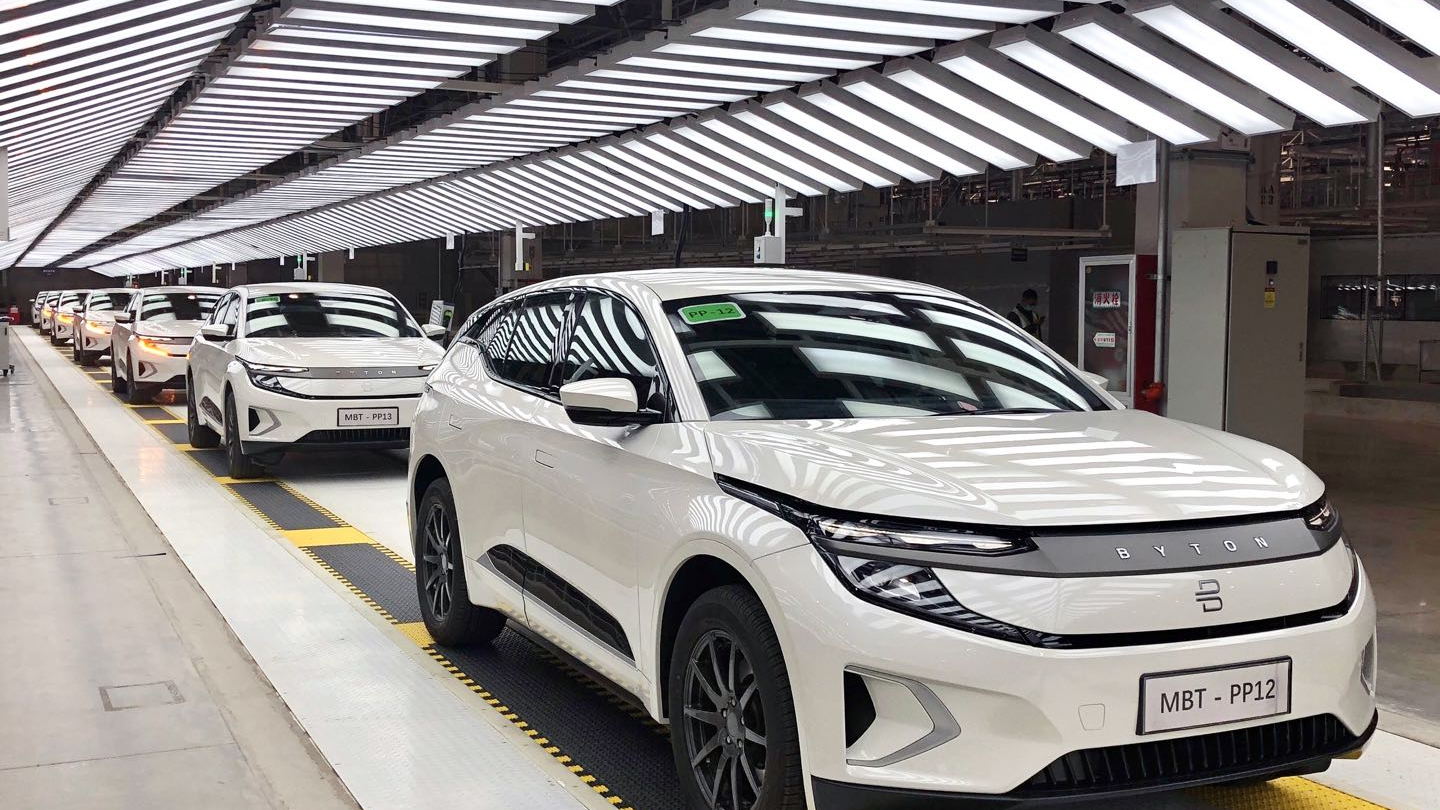 Pre-production examples of the Byton M-Byte electric crossover have begun rolling off the assembly line at the startup's Nanjing, China, factory, the company confirmed on Tuesday.

Byton plans to launch the M-Byte in China later this year, and reports that it resumed activity at the plant on February 11. Spokesman Dave Buchko confirmed to Green Car Reports Tuesday that plans are moving along for U.S. production to come from this same plant in the latter part of 2021.

Byton has been working on rougher prototypes since the first half of 2019. Pre-production vehicles are typically used for final testing and regulatory certification. The build process also gives automakers an opportunity to iron out an issues related to production. Appearance of pre-production vehicles generally means an automaker is close to putting a new model on sale.

These vehicles are Pilot Production, according to Byton, meaning they'll be used for durability and crash-testing. 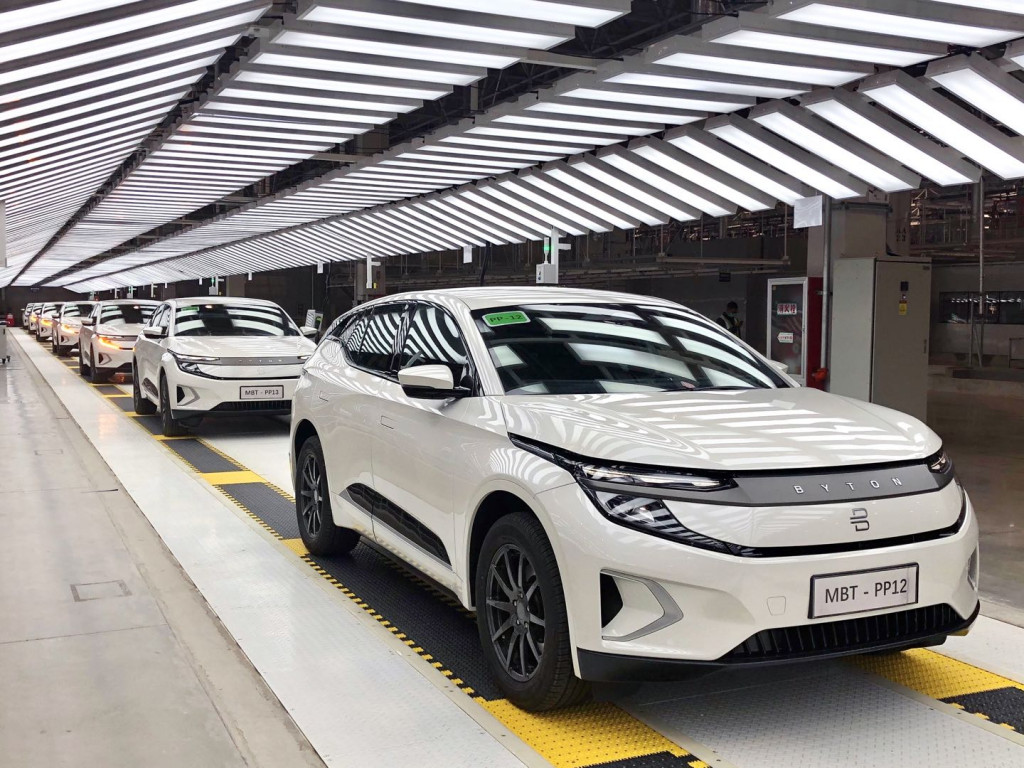 The rear-wheel drive version is expected to have a range of around 200 miles, while the all-wheel drive model is expected to reach 240 miles, both on the European WLTP test cycle. Both variants will be equipped for 150-kilowatt DC fast charging.

But what really sets the M-Byte apart from other electric crossovers is its elaborate infotainment system. It features a 48-inch curved display that stretches nearly the entire width of the dashboard. Byton claims this will be the largest screen in any production vehicle. 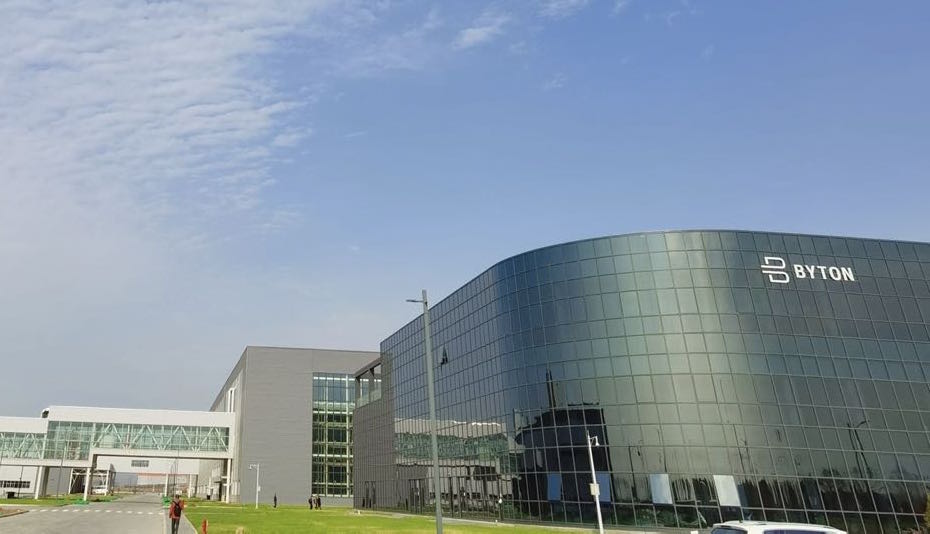 When the M-Byte was first revealed in concept form at the 2018 Consumer Electronics Show, Byton said the crossover would have a base price of $45,000.

The M-Byte is one of three Byton electric cars developed around the same basic architecture. The second model is a sedan based on the K-Byte concept, and details of the third model haven't been revealed. Having developed all three at once, the other two may follow in close cadence.