GM plans the reveal of a Cadillac electric vehicle for April, the first full look at a GMC-branded Hummer EV in May, and more details about its electric-vehicle underpinnings in March. Ahead of that EV push, GM is clearly covering its bases for current drivers of the Chevrolet Bolt EV—as well as, perhaps, those future products.

Through the myChevrolet app, on Apple or Android devices, drivers can project Energy Assist functionality via Apple CarPlay or Android Auto, to allow access to a growing set of features aimed at finding a charging station and route-planning, while taking into consideration the real-time available range of the car. 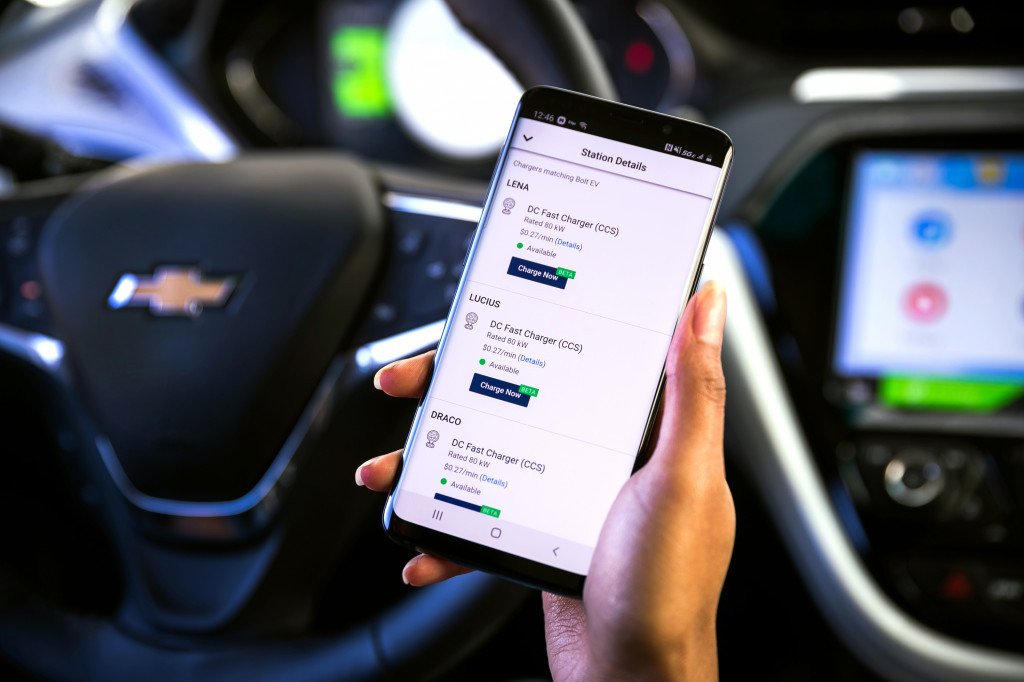 GM announced Thursday that through a series of updates rolling out over the first part of 2020, Energy Assist is now capable of displaying dynamic charging-station data, to recognize when a station is in use or perhaps out of service.

The automaker reports that the app is now displaying dynamic data from EVgo and ChargePoint—two major charging networks—and the app indicates whether a charging station is available. Dynamic data from other networks—likely including Greenlots, which already partnered with GM last year—will be added later in 2020.

It's also deepened its index of all the charging station locations that are Bolt EV–compatible; that now includes more than 40,000 stations in North America.

A new feature links EVgo accounts to the myChevrolet mobile app, so that users can just pay through the Bolt EV’s app and interface. Other such agreements are also on the way later in the year.

The Energy Assist functionality requires an OnStar telematics service agreement. Those in the U.S., Canada, and Mexico who are original purchasers of the Bolt EV have access to Energy Assist in the myChevrolet mobile app, with full functionality for five years from delivery date.

According to GM, owners will need to enroll in a paid plan after five years to get the route-planning functionality. Although those who purchased their Bolt EV prior to May 1, 2018 have a different set of plans, those who bought their Bolt EV from then on have a minimum $14.99/month Remote Access plan.

So far GM isn't volunteering whether these features are also heading into those other upcoming electric vehicles—but it would be safe to assume that there's a lot of integration work that could easily extend to other brands and models. “Currently, this functionality is only available for eligible Bolt EV owners,” said Kelly Helfrich, GM’s manager for EV charging and infrastructure. “We do not have any announcements at this time regarding future products.”

The move closely mirrors what was done by Detroit rival Ford last year, about a month before the official reveal of the Mustang Mach-E electric SUV. It added dynamic charging occupancy functionality to its FordPass brand app, which will also be a single hub for finding charging stations and paying for them on the go.

GM hasn’t made the kind of infrastructure investment we’ve seen by a few other automakers—especially Tesla. Last year it announced a partnership with the construction giant Bechtel to help build thousands more charging stations around the U.S., yet it emphasized that it wanted to use its own capital to build EVs, not fast chargers.