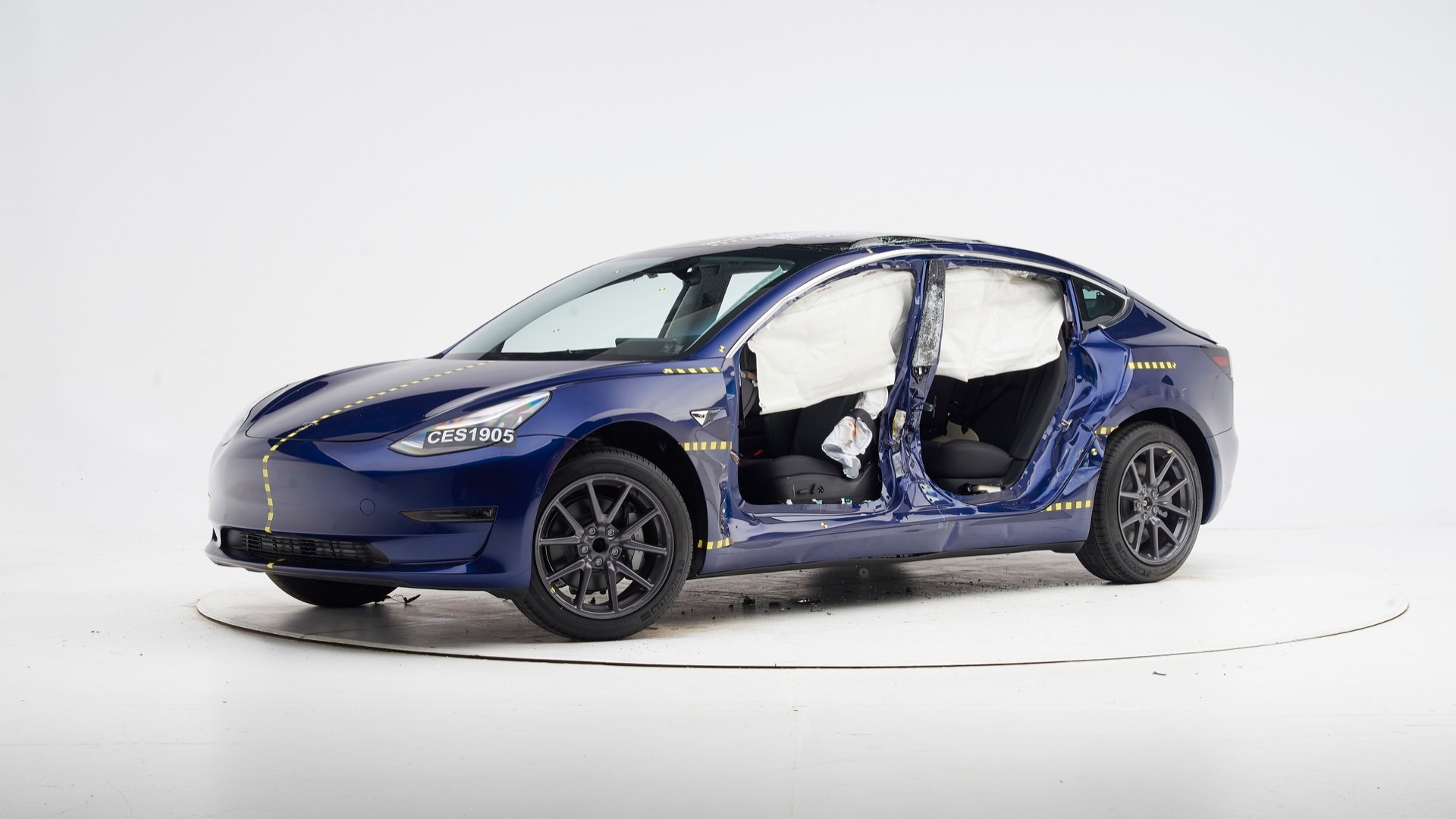 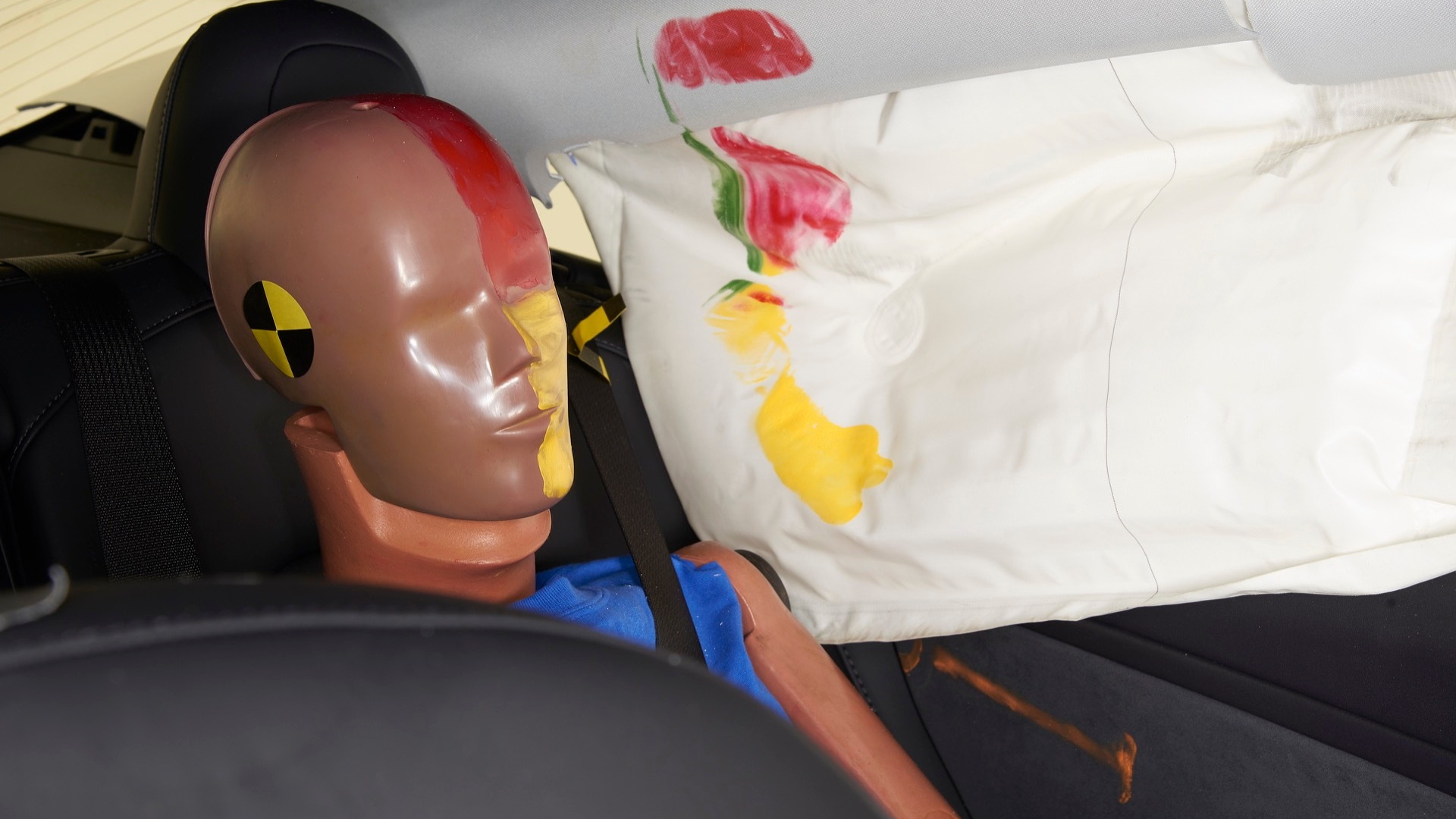 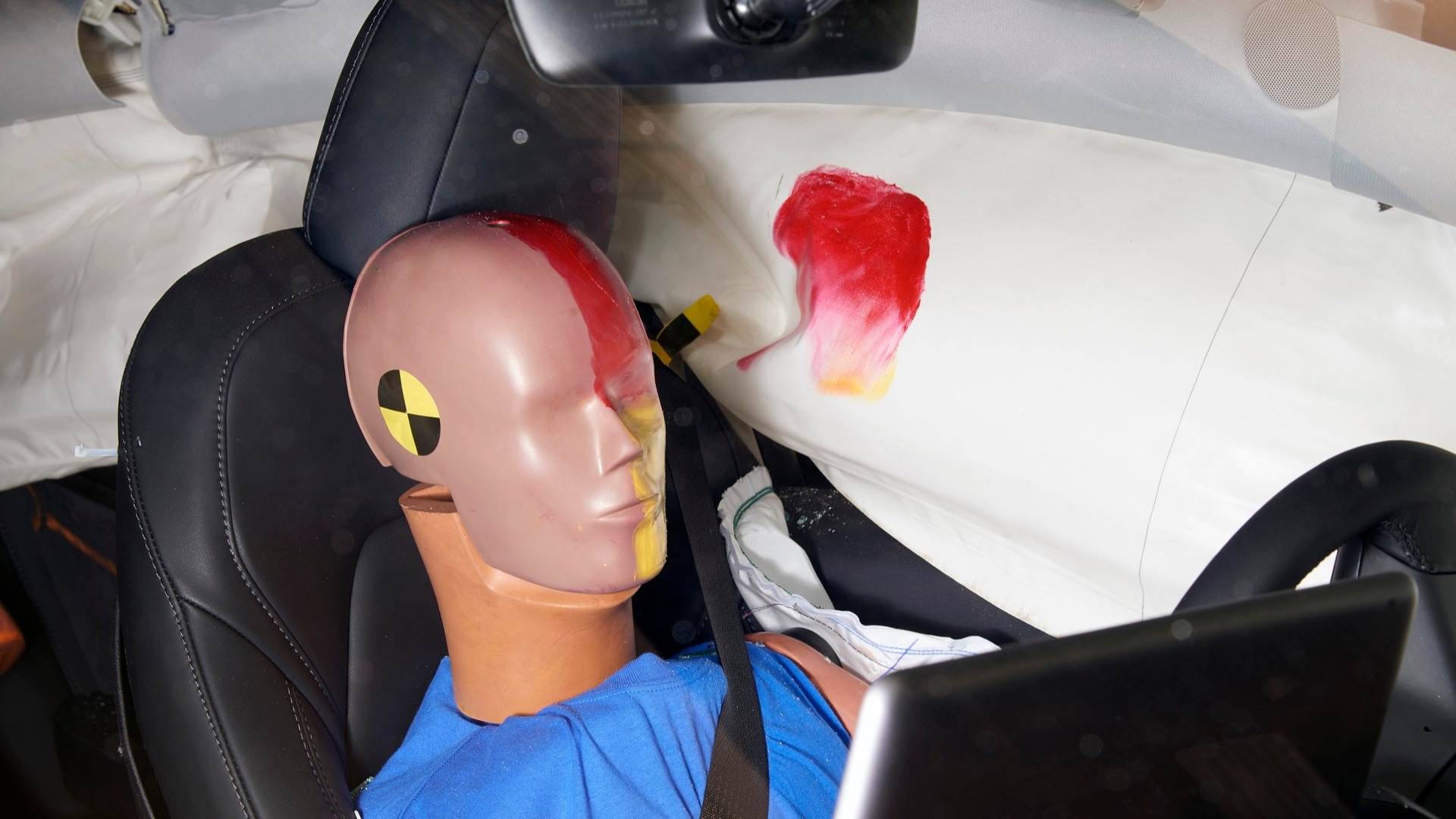 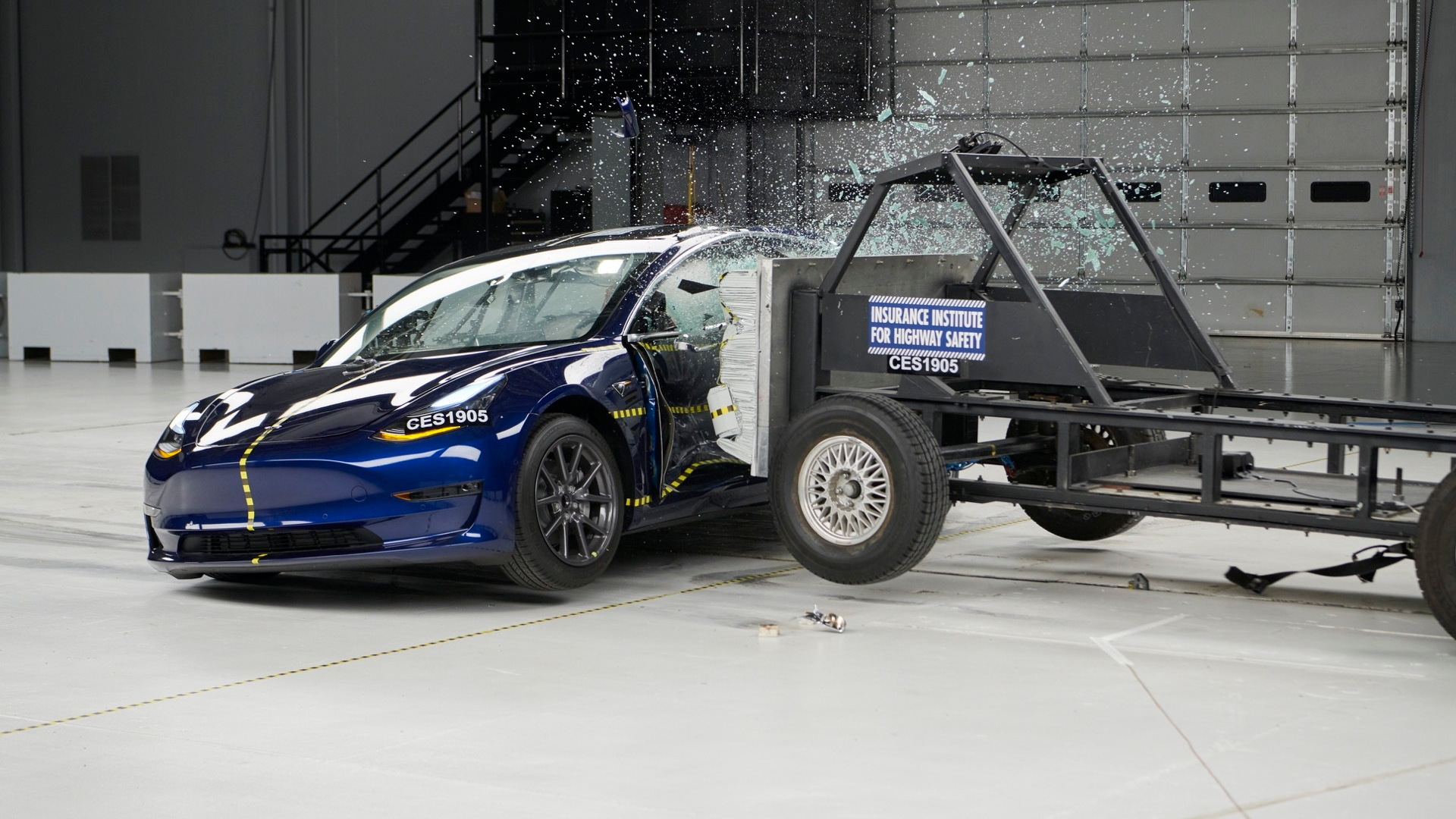 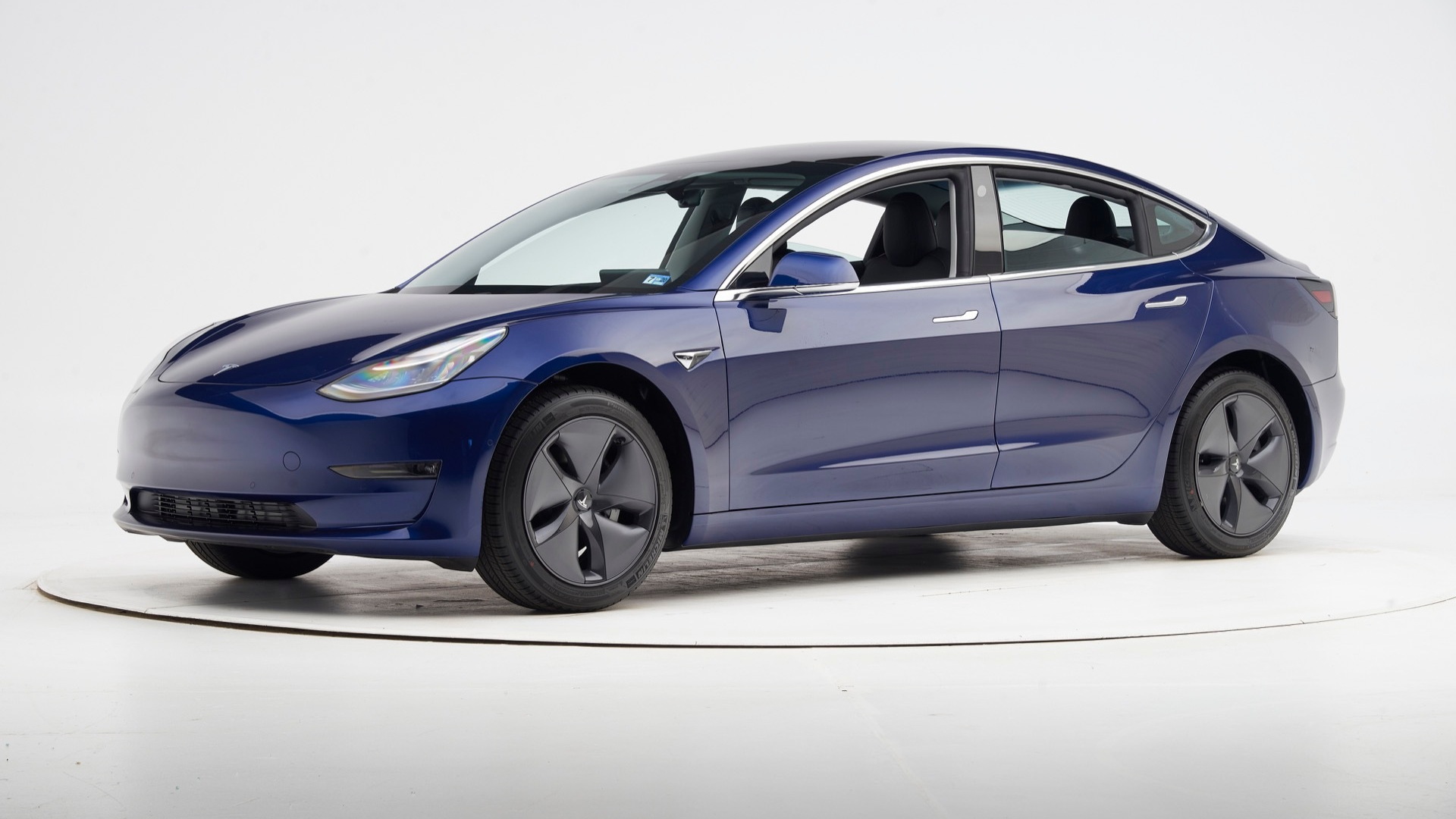 The Tesla Model 3 has been run through the full battery of crash tests from the IIHS, and there are some reassuring results to report. It’s earned a spot on the insurance-industry-funded group’s Top Safety Pick+ honor roll, and it’s now one of just a few sedans to achieve both that and a flush of five stars in federal tests.

The Model 3 is only the second fully electric vehicle to have been named a Top Safety Pick+, after the Audi E-tron secured it with a top performance recognized last month.

At that time, the Hyundai Nexo, a fuel-cell crossover only offered in California, also received the award. 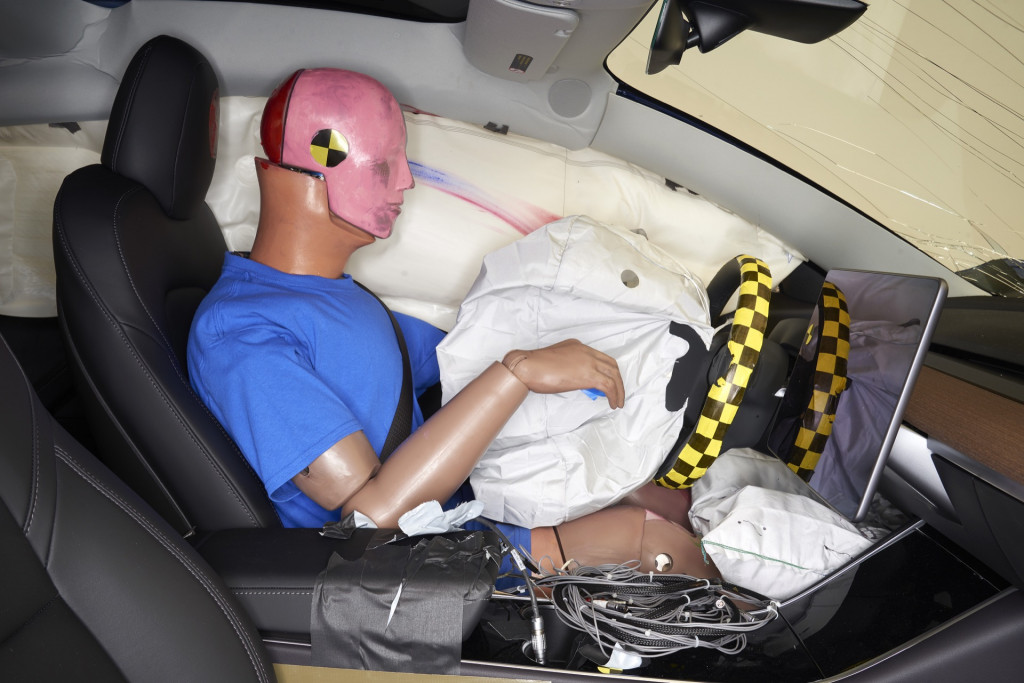 To earn Top Safety Pick status, a vehicle must earn top “good” ratings in the agency’s driver- and passenger-side small overlap front, moderate overlap front, side, roof strength, and head restraint tests. It must also offer an available crash prevention system that performs to what the IIHS deems “advanced” or “superior,” and its headlights must be “good.”

The Model 3 earns a “superior” rating for crash prevention, and completely avoided collisions in the IIHS 12-mph and 25-mph tests. Its headlights also earned the top nod.

The IIHS notes that the Model 3’s structure “held up well” in what many automakers see as the organization’s most challenging crash test—its driver-side small overlap front test. In that, the door sill buckled and there was an intrusion of 8 inches at the lower portion of the door-hinge pillar, amounting to a moderate risk of injury to the driver’s lower leg.

There was no other injury risk recorded for the Model 3, the IIHS says. 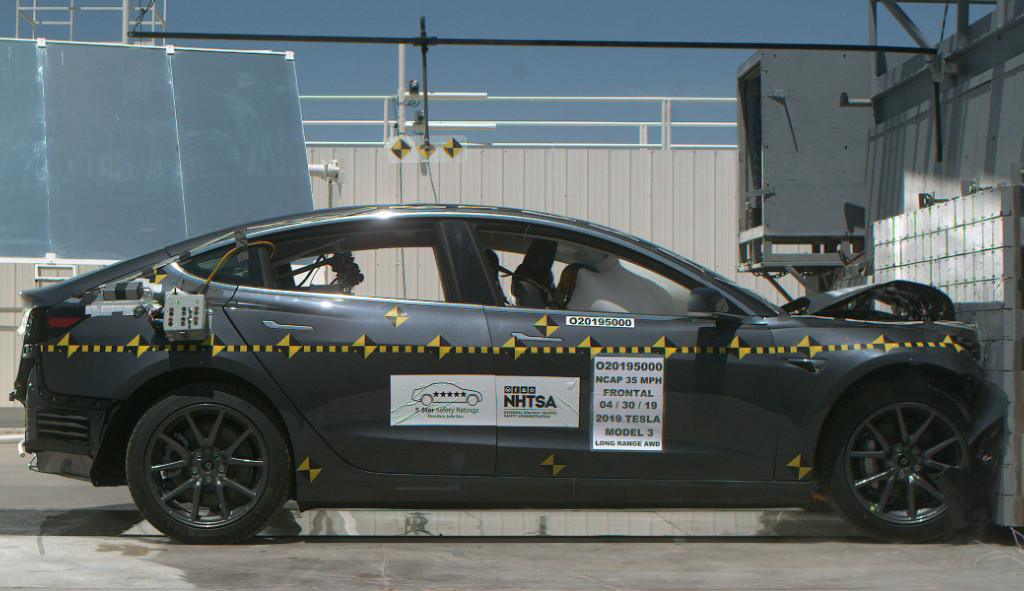 The Model 3 has done exceptionally well in the other U.S. crash-test program, the NCAP ratings run by the NHTSA. In that, the federal agency gave a revisited 2019 Model 3 top five-star ratings across the board.

“Vehicles with alternative powertrains have come into their own,” IIHS Chief Research Officer David Zuby says. “There’s no need to trade away safety for a lower carbon footprint when choosing a vehicle.”

The IIHS has tested other Teslas. In 2017 the Model S earned a next-best “acceptable” rating in the small-overlap test, plus a “poor” rating for headlights. In an accompanying release and video, the IIHS then suggested that Tesla’s claim that the Model S is the “safest car in history” might no longer be accurate—but now with the set of test results available it’s fair to at least put the Model 3 on that shortlist.