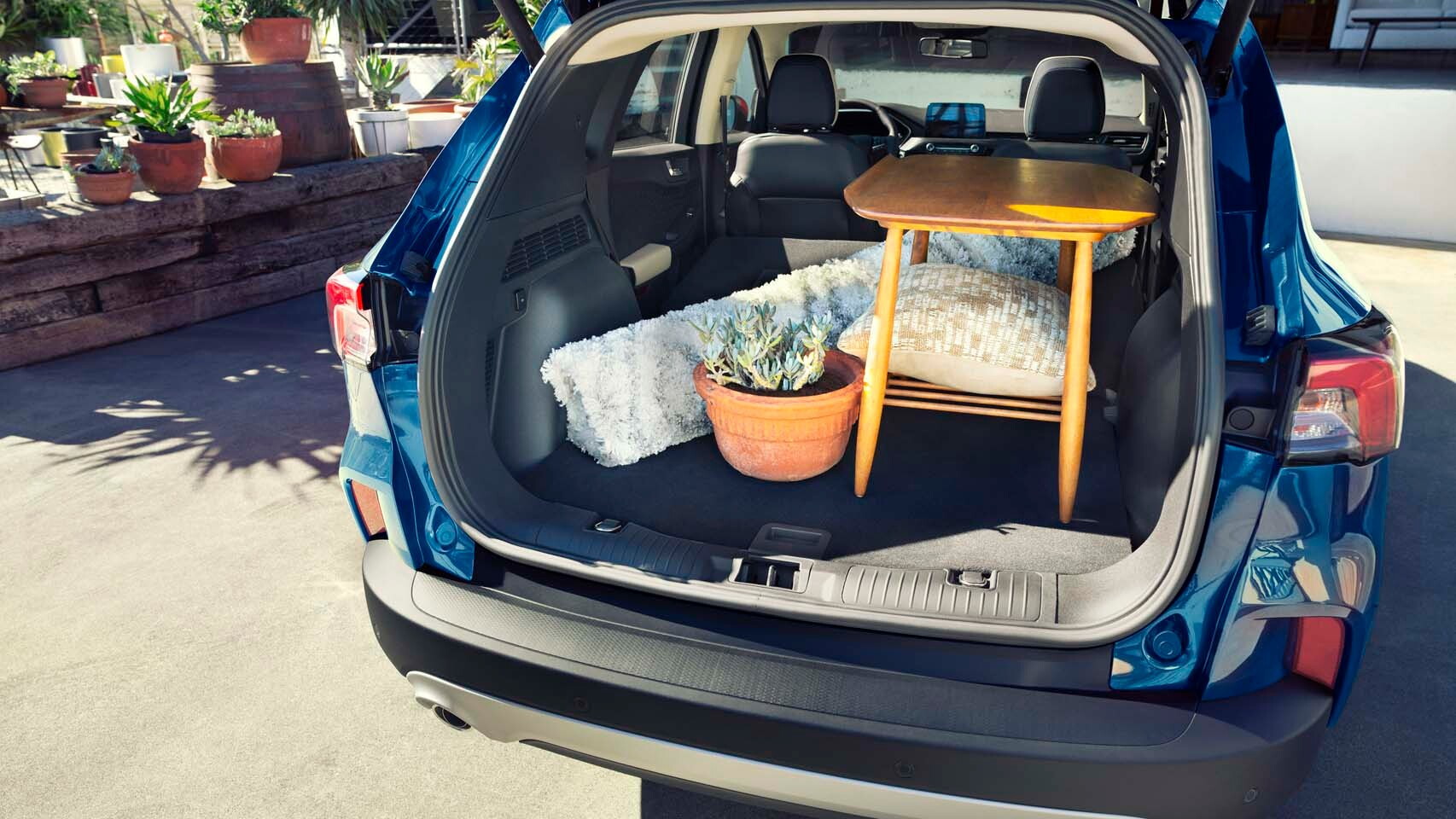 By spring 2020, the Ford Escape Hybrid will once again be the most important battery vehicle in the automaker's lineup.

The 2020 Escape Hybrid goes on sale early next year, and with the C-Max departed from its lineup, the 2020 Escape will give Ford an electrified vehicle to appeal to drivers left in the lurch when the last Escape Hybrid was retired some seven years ago.

The new Escape Hybrid also serves as a bridge to a few new electric Fords in the offing.

Ford will sell the new Escape Hybrid in two different versions. While gas-powered versions will tap a turbo-3 or turbo-4 engine, the Escape Hybrid gets a 2.5-liter inline-4 coupled to a 1.1-kwh lithium ion battery located beneath the rear seats, an electric motor, and Ford's torque-split hybrid system. Net output reaches 198 horsepower, and Hybrids will be available with front- or all-wheel drive.

The plug-in Escape will be the top model for efficiency. With the same inline-4 coupled to a hybrid system with a 14.4-kwh battery, the Escape Plug-In Hybrid will net 209 hp and will be able to drive up to 30 miles on battery power alone. On a 240-volt Level 2 charger, it will be able to be fully recharged in about 3.5 hours. On a household outlet, a recharge will take more than 10 hours. Plug-in models will only be available with front-wheel drive.

The plug-in model will have different drive modes to preserve various battery charge states, including an EV Charge mode that will let drivers use engine power to top off the battery for electric-only operation at a future time—when the road goes from interstate to urban grid, for example.

To go with the advanced drivetrains on tap, the 2020 Escape gets a much more modern and sleek shape. Compared to the current model, it's far more softly contoured—and interestingly, will share its running gear with a sharp-edged crossover that will be part of Ford's upcoming Bronco family of vehicles. The interior's clean and spare compared to the busy shapes inside the current Escape, too.

The new Escape sports more interior space thanks to a two-inch stretch in wheelbase. The rear seat on gas-powered models slides on a track to flex between passenger and cargo space—the latter rated at 65 cubic feet max. Plug-in hybrids likely will lose that sliding seat due to battery placement.

Escape Hybrids will be sold in SE Sport and Titanium trim, and will cost at least $29,450. They will include standard automatic emergency braking, blind-spot monitors, an 8.0-inch infotainment touchscreen, and integration for Alexa services and Waze mapping and Apple CarPlay and Android Auto compatibility. Options will include a 12.3-inch digital gauge display and a 575-watt B&O sound system. The Titanium trim will cost $34,595.

Escape Plug-In Hybrids will come only in SEL and Titanium editions. No price has been announced yet, nor have any EPA fuel economy ratings been published.