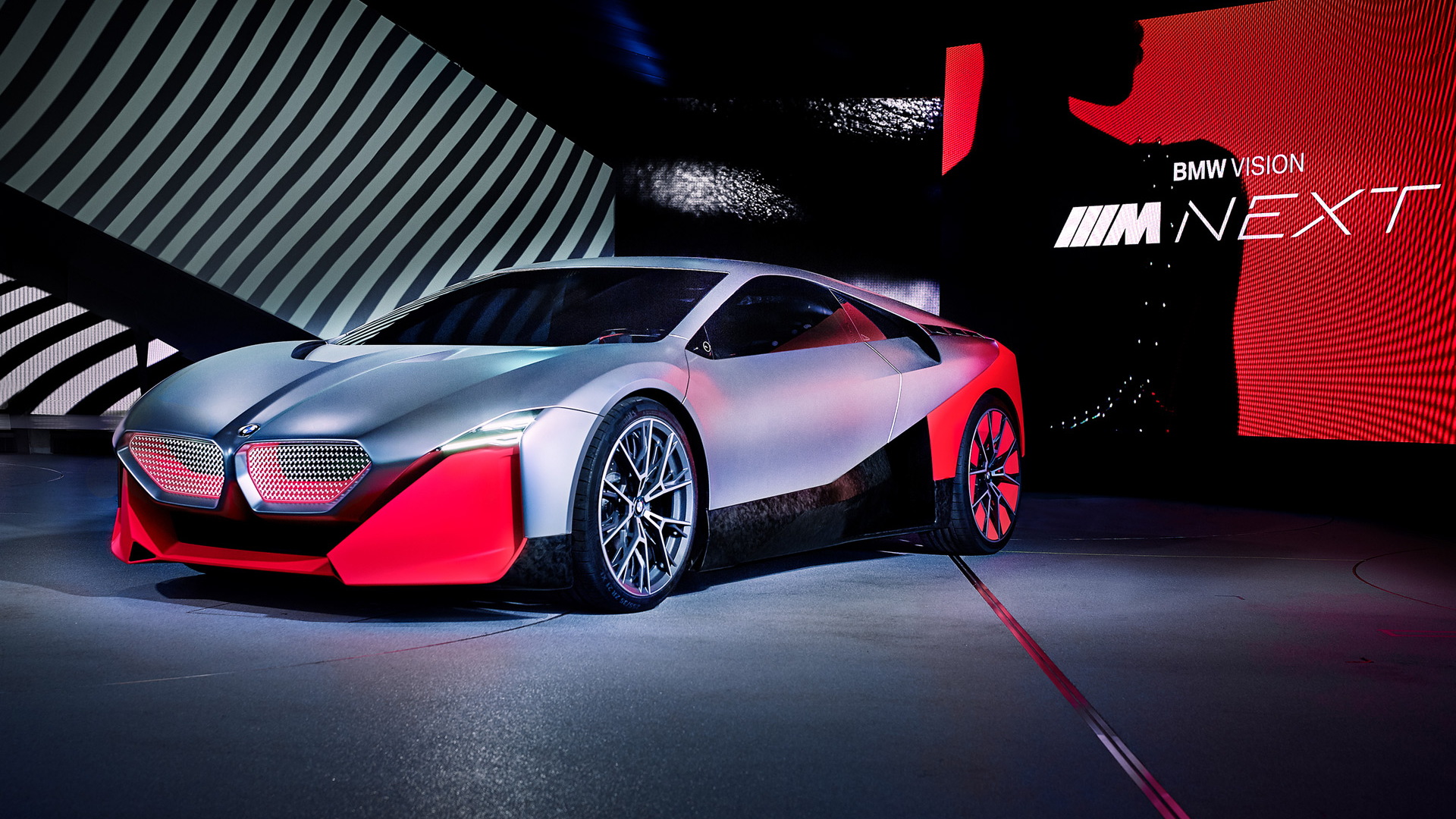 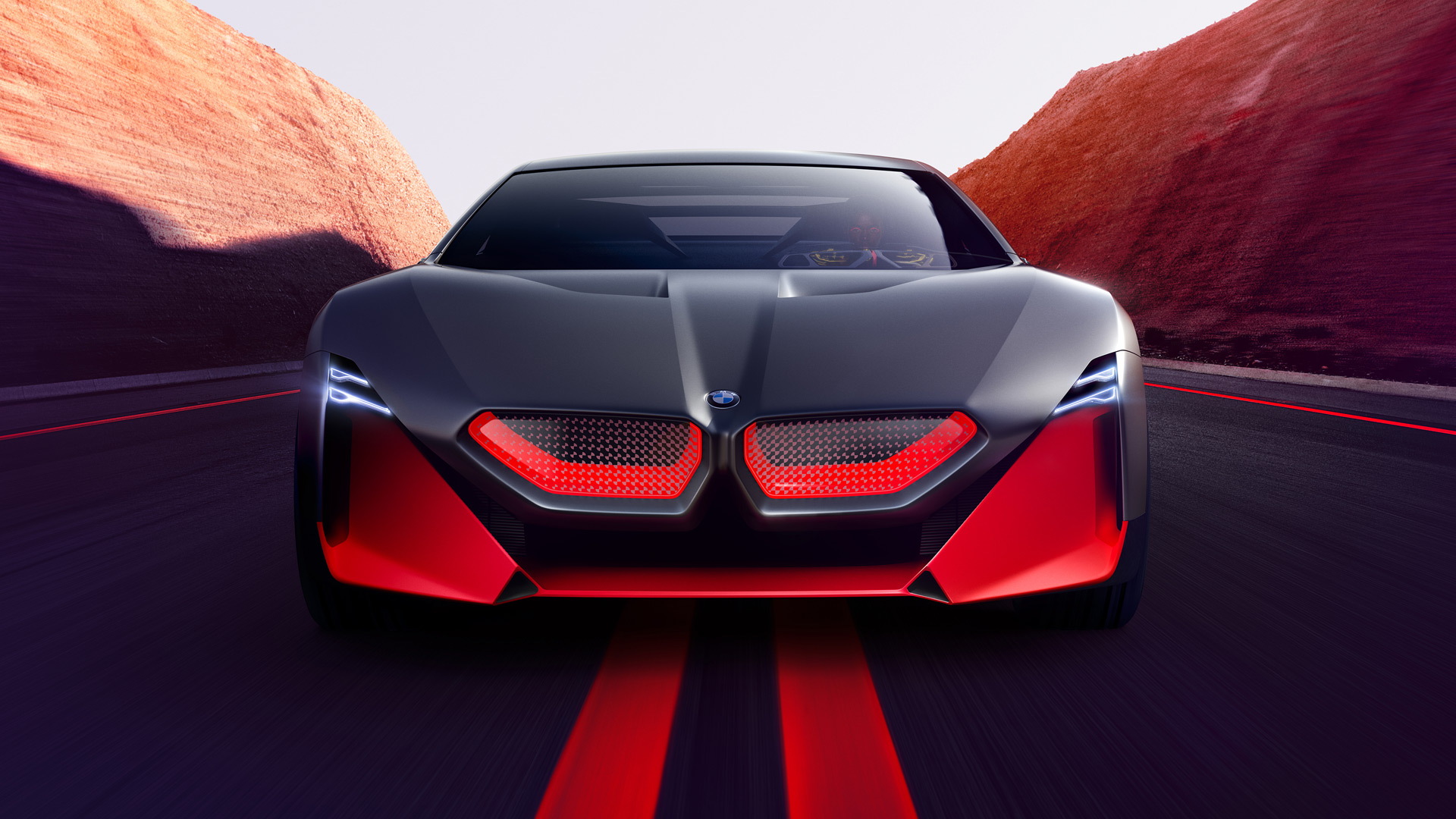 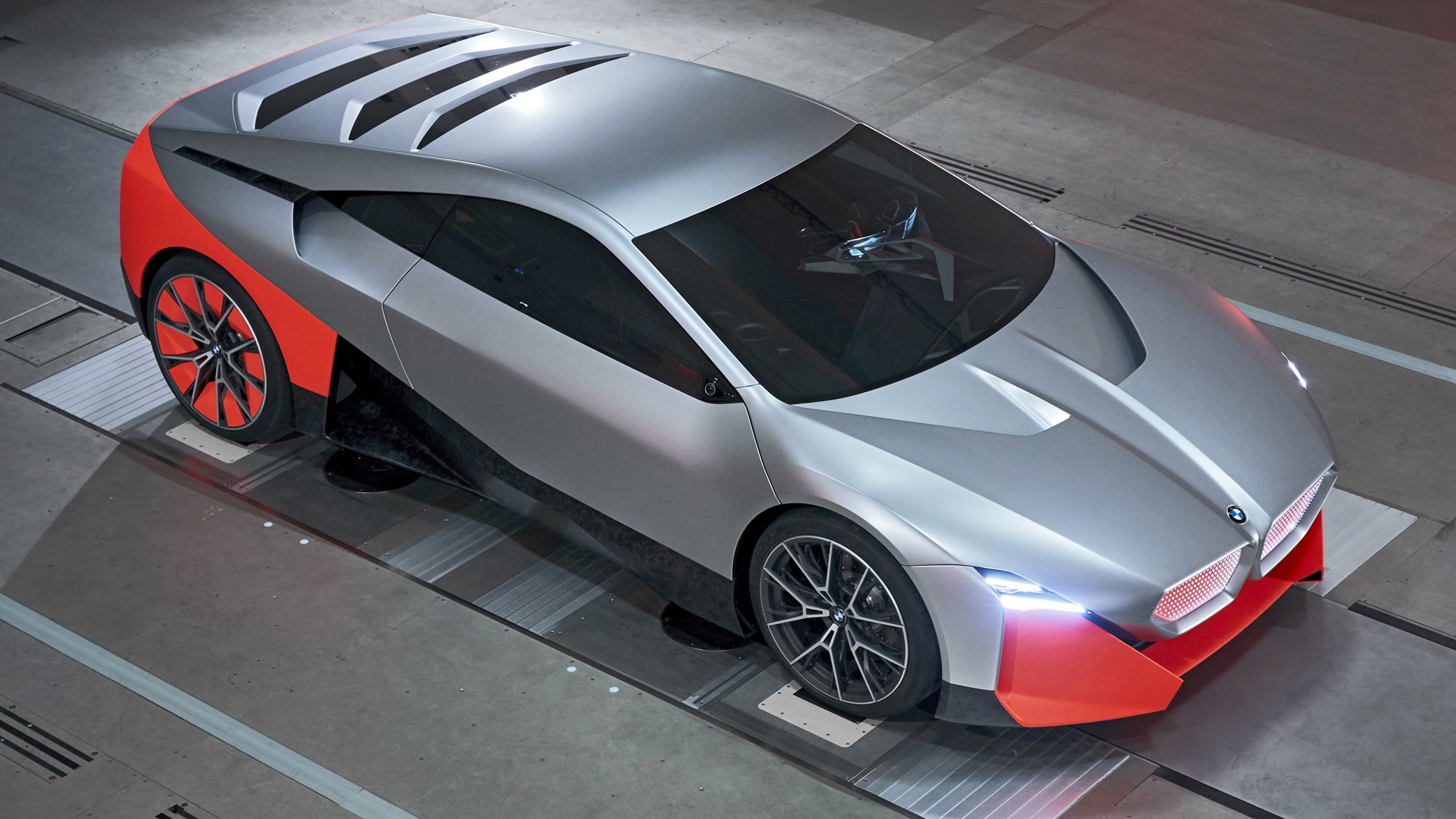 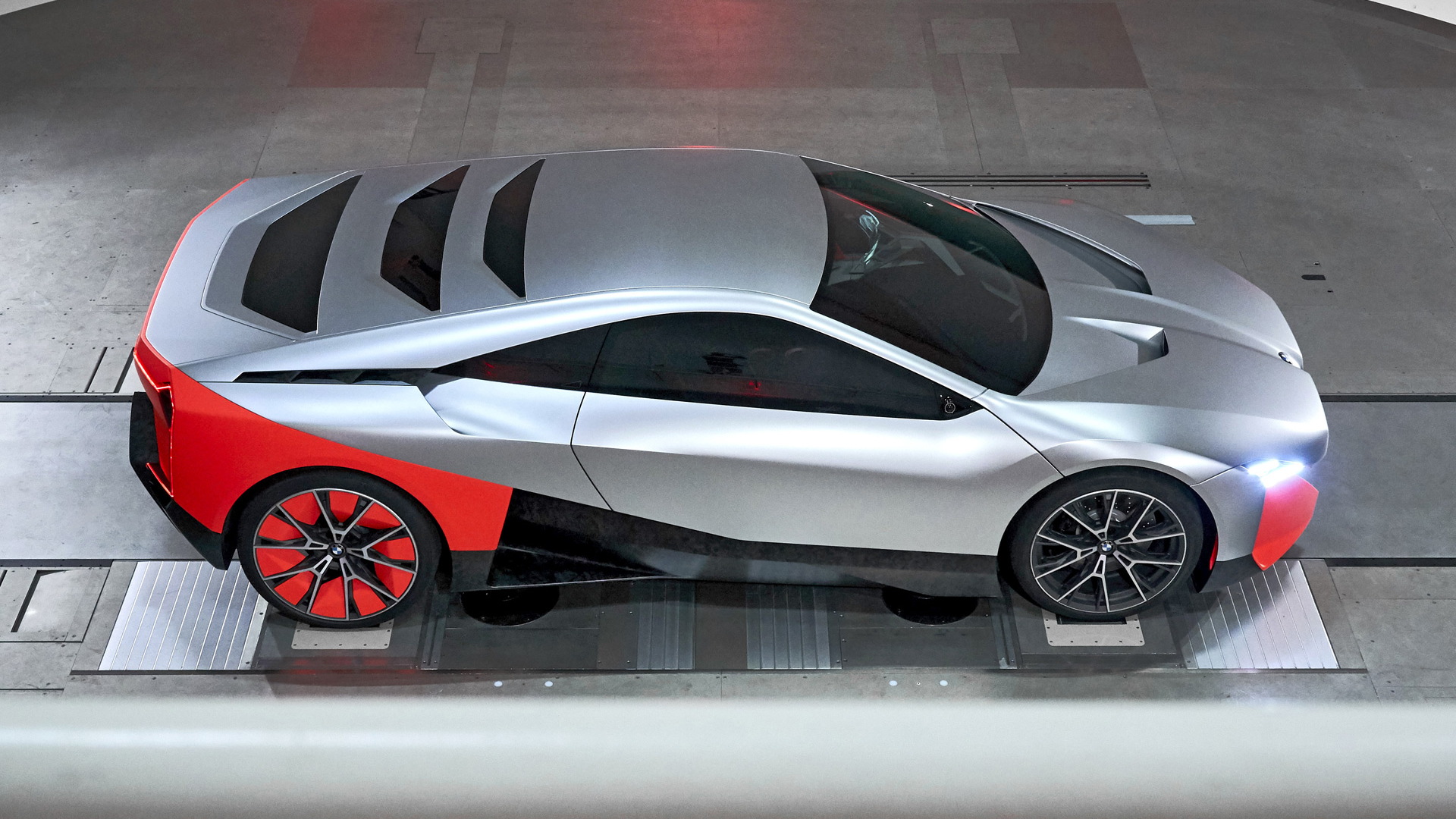 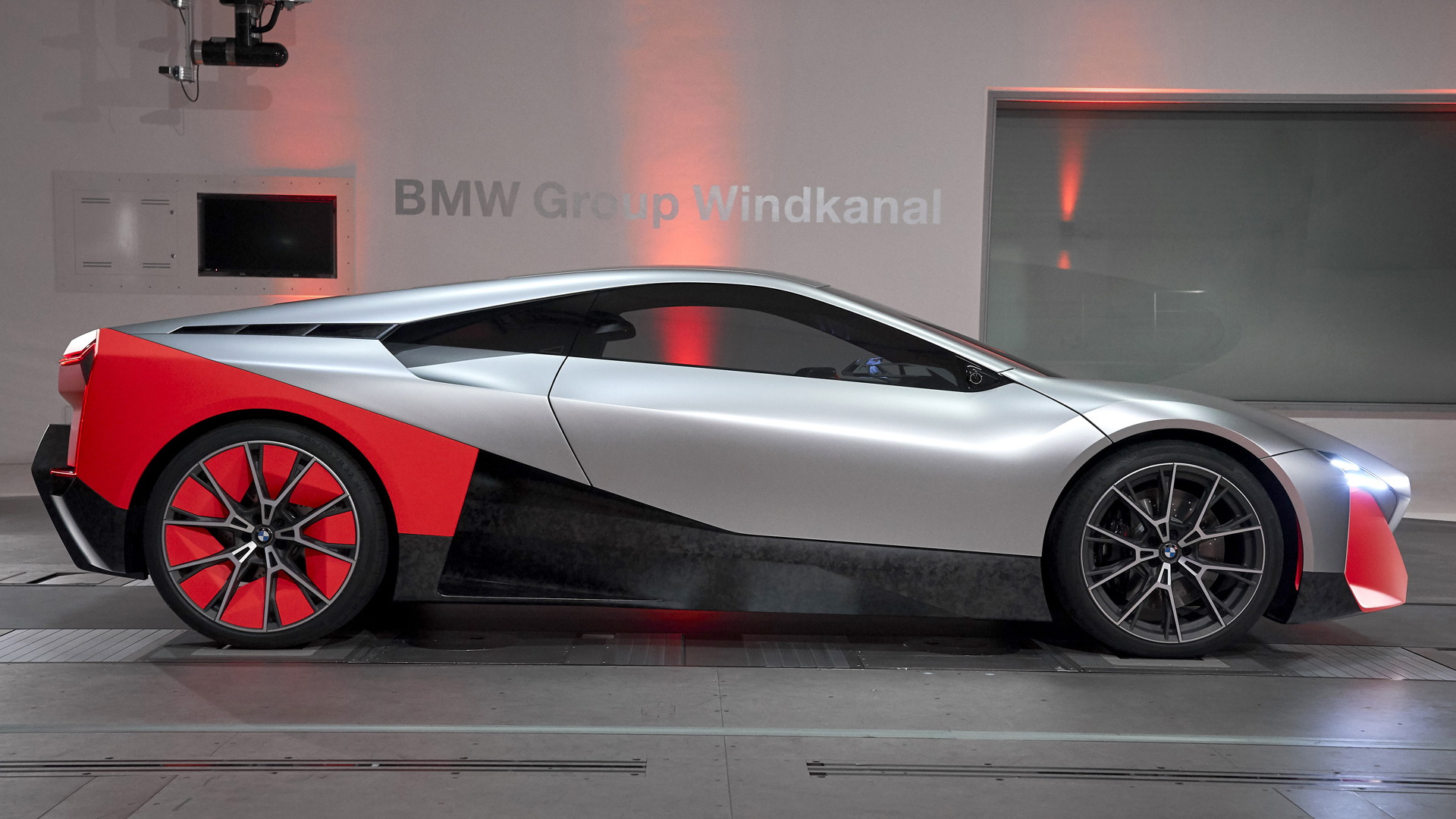 BMW is on a mission to broaden its electric-vehicle portfolio in the early part of this next decade, and as part of the future lineup neither of BMW’s quirky carbon-fiber ‘i’ cars are likely to carry through.

While the i3 will be replaced by more conventional-looking, steel-and-aluminum EVs, the i8 is likely to go the other direction, carbon fiber intact, and be replaced by a higher-performance plug-in hybrid supercar.

That’s what BMW appears to be previewing with its Vision M Next, which “provides a glimpse into the future of sporty driving,” according to Adrian van Hooydonk, the senior VP of BMW Group Design. BMW calls the concept, which was revealed today at an event in the BMW Welt venue, “a progressive hybrid sports car” and says that it has feature-focused references to the (1970s-era) BMW Turbo and the BMW i8—but it could be aiming to catch up with offerings from McLaren and Ferrari.

BMW is presenting the Vision M Next as a counterpoint to the iNext electric SUV concept first shown last September. While the iNext concept provides the idea of “ease,” the M Next concept revolves around the idea of “boost,” and focusing on the task of driving.

The Vision M Next appears to be an evolution of the i8’s form factor and mechanical layout, and it carries over with the i8’s distinctive butterfly doors. It offers a choice between rear-wheel drive and all-wheel drive, and a Boost+ mode to tap into serious supercar performance. The i8’s turbo-3 goes away in favor of an turbo-4 and while specs aren’t disclosed for the electric motor system there’s a combined system output of 600 horsepower, a top speed of 186 mph, and 0-60 mph acceleration in 3.0 seconds.

The configuration doesn’t only bring far better performance. The driving range of the Vision M Next has been boosted to 62 miles (cycle not specified). BMW hasn’t disclosed the battery capacity, but it’s likely that there’s more of it available in hybrid mode, so mileage could actually rise, too.

In other eco-conscious claims, the roof is made of recycled carbon fiber; and BMW says that the use of leather has been kept deliberately to a minimum.

There’s also an attempt in the M Next to reconcile all the information available to the driver with the need to focus ahead. A so-called Boost Pod has a curved-glass display that stretches around the steering wheel like a visor, as well as an augmented reality head-up display in the windshield. A new gyroscopic cupholder can compensate for dynamic forces, and high-speed cornering.

BMW also has a counterpoint to Tesla’s Enhanced Summon. Called Visionary Valet Parking Service, it uses real human concierges to take and park the vehicle when the driver arrives and bring it back when requested via the MyBMW app.

As for how BMW M is going to make that plug-in push a little more glamorous, look to the i8 and then this concept and you’ll get a pretty good idea.