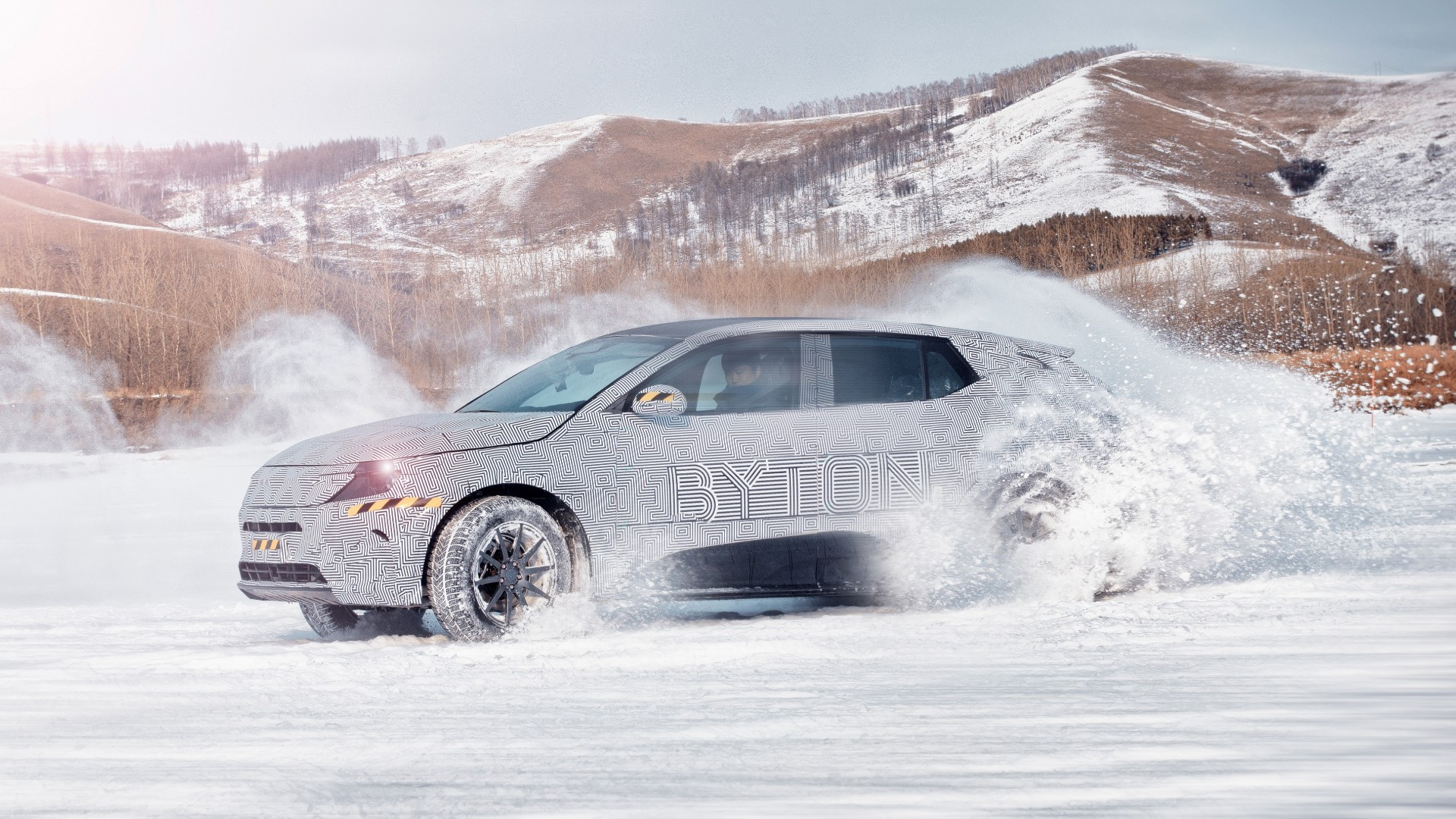 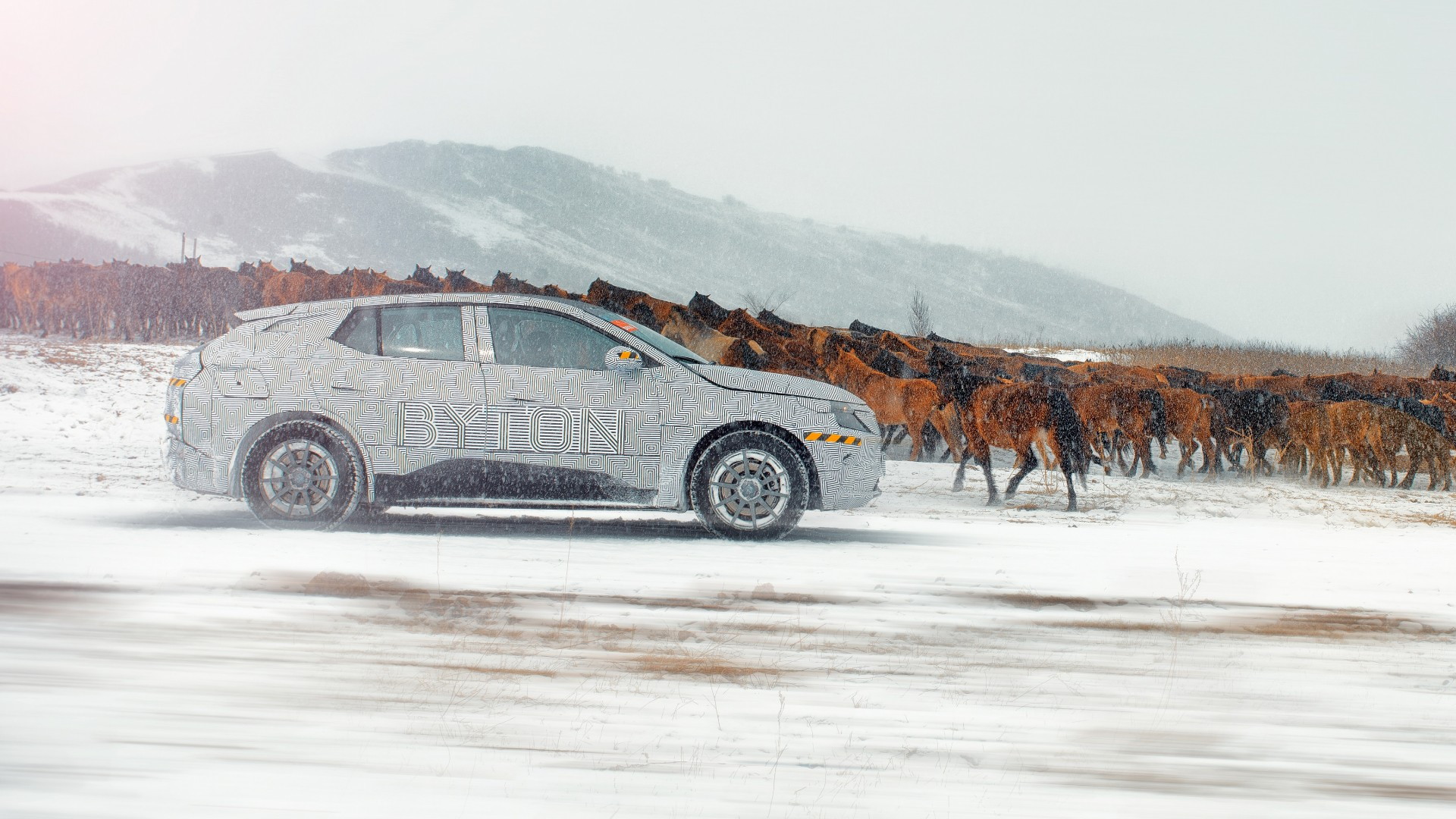 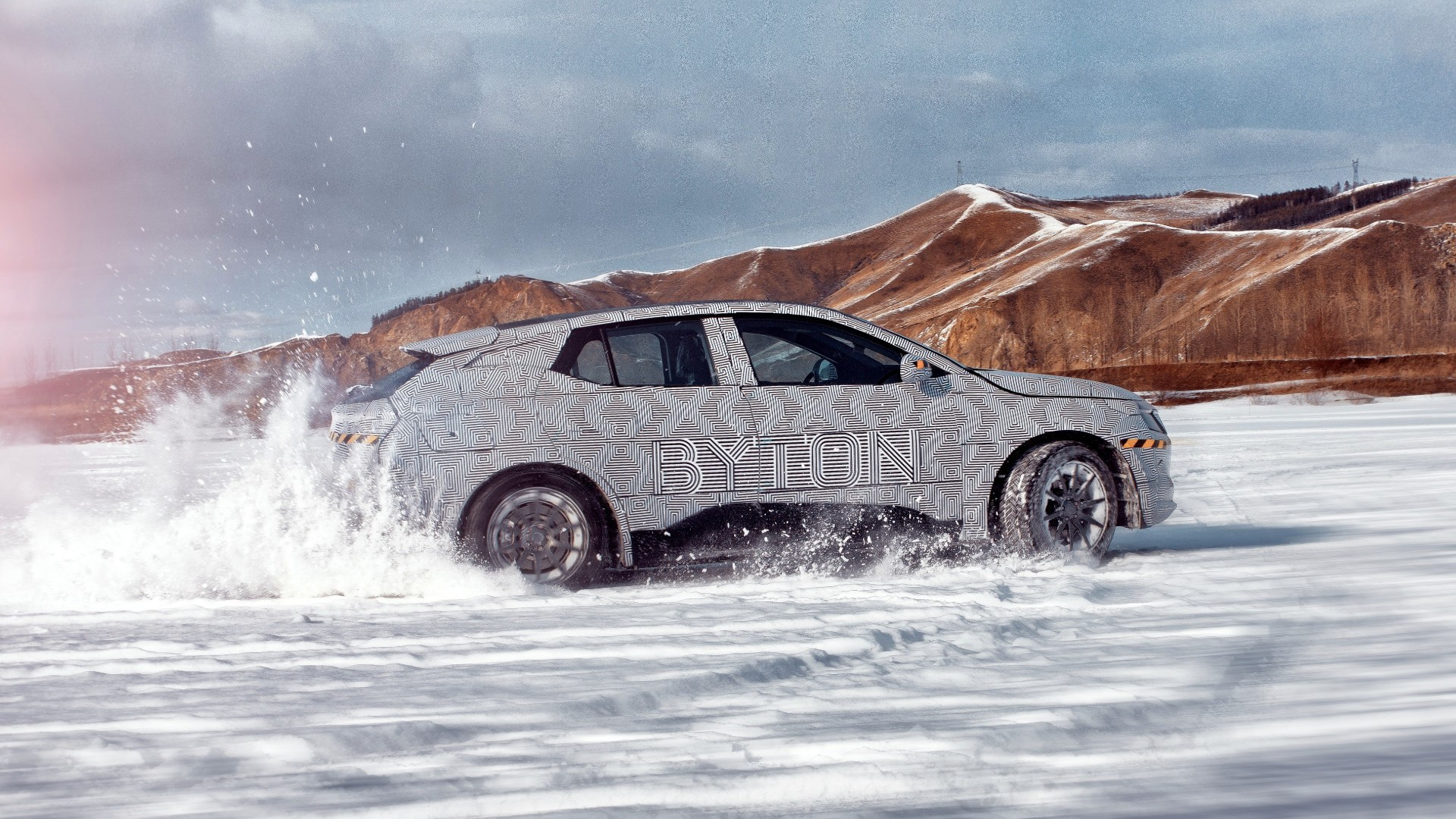 With a Chinese base and international outposts—tech in California and design in Germany—Byton aims to create a different kind of electric-car lineup.

That vision revolves around a cloud-based Byton Life ecosystem, built-in Amazon integration and, in at least two of its models, what could be the biggest infotainment display yet, a big 48-inch Shared Experience display. But the vehicle has to deliver on some traditional expectations, too, like performance, reliability, and durability—and that’s part of what Byton is communicating with a photo set it released today, of its upcoming M-Byte electric SUV undergoing cold-weather testing in China.

DON’T MISS: Beyond the Big Screen: How Byton is developing three electric vehicles at once

Cold weather can dramatically decrease electric-vehicle driving range, so some electric vehicles have warming systems for their battery that divert some energy toward bringing the cells closer to their ideal temperature range. Byton doesn’t detail any specifics, but it notes that they looked at “multiple categories, including durability and powertrain calibration, while also focusing on key performance indicators related to chassis, body structure, battery system, air conditioning system, and more.”

The M-Byte being tested in the pictures is appears to be an all-wheel-drive model, based on the churning of the snow by the front and rear wheels, although Byton verified to Green Car Reports in January that it plans to offer all three of its upcoming models with a choice between rear- or all-wheel drive, featuring a single- or dual-motor layout, respectively.

CHECK OUT: Byton reveals self-driving living-room on wheels, the K-Byte, in LA

What makes the M-Byte the most intriguing, from a market standpoint (other than its interface) is that, although it offers the features and space of a Tesla Model X, it is expected to cost just $45,000, more like a Model Y.

The M-Byte will be the first of the three to be built on the same platform, which will be shared with the K-Byte sedan (think Tesla Model S) and one other model not yet revealed.

READ MORE: Byton brings its big-screen electric SUV back to CES, a step closer to production

The company developed its platform on its own, with expats on the management team from BMW, Tesla, Google, Apple, and others (and a chief engineer formerly of Renault and Alpine), with motors from Bosch and battery packs likely from the Chinese battery giant CATL, which has invested in the automaker.

Byton says that the M-Byte will go into production in Nanjing, China, by the end of this year. Although it has released very little information yet about its U.S. plan, sales here could start by the end of 2020.