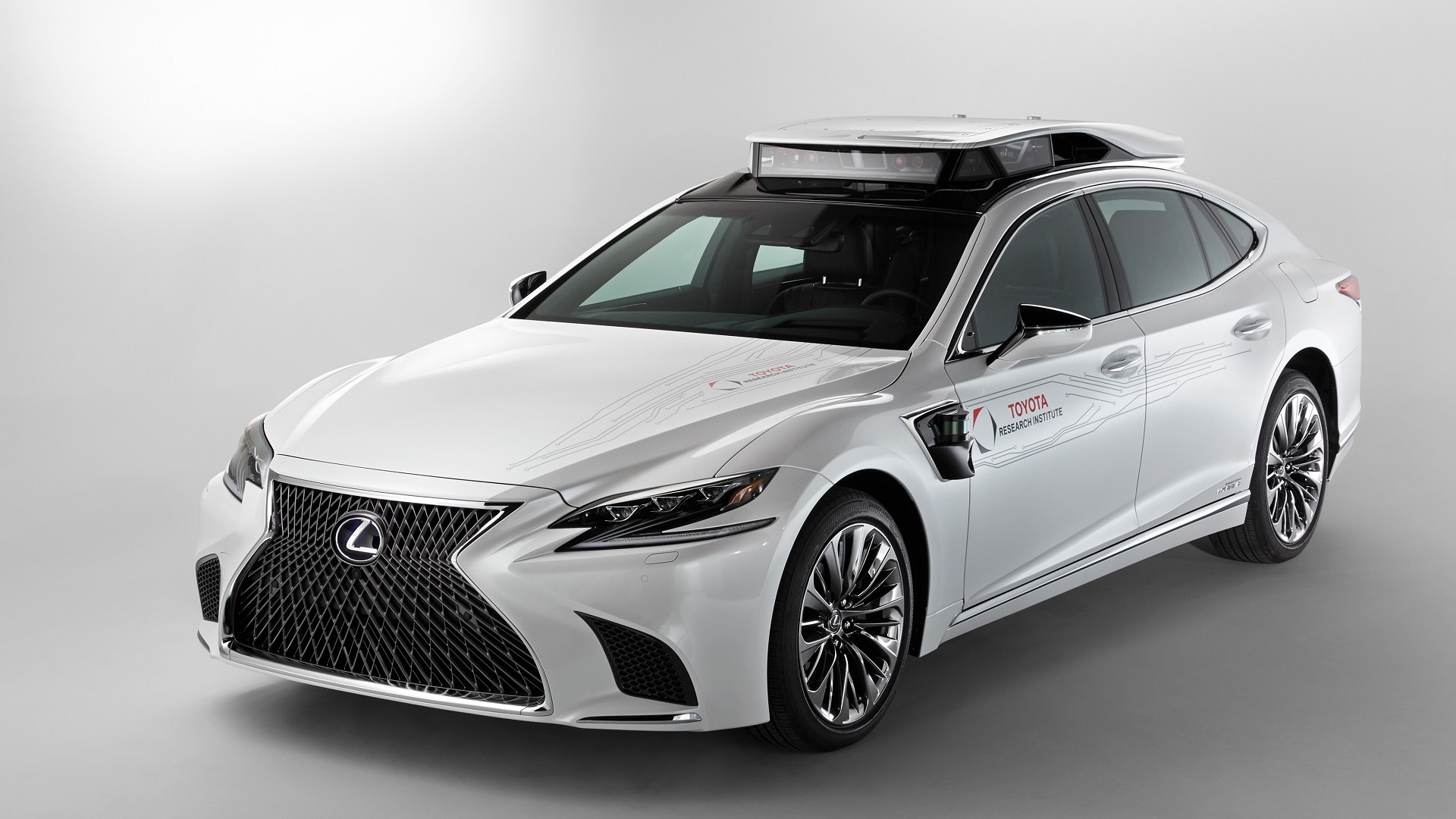 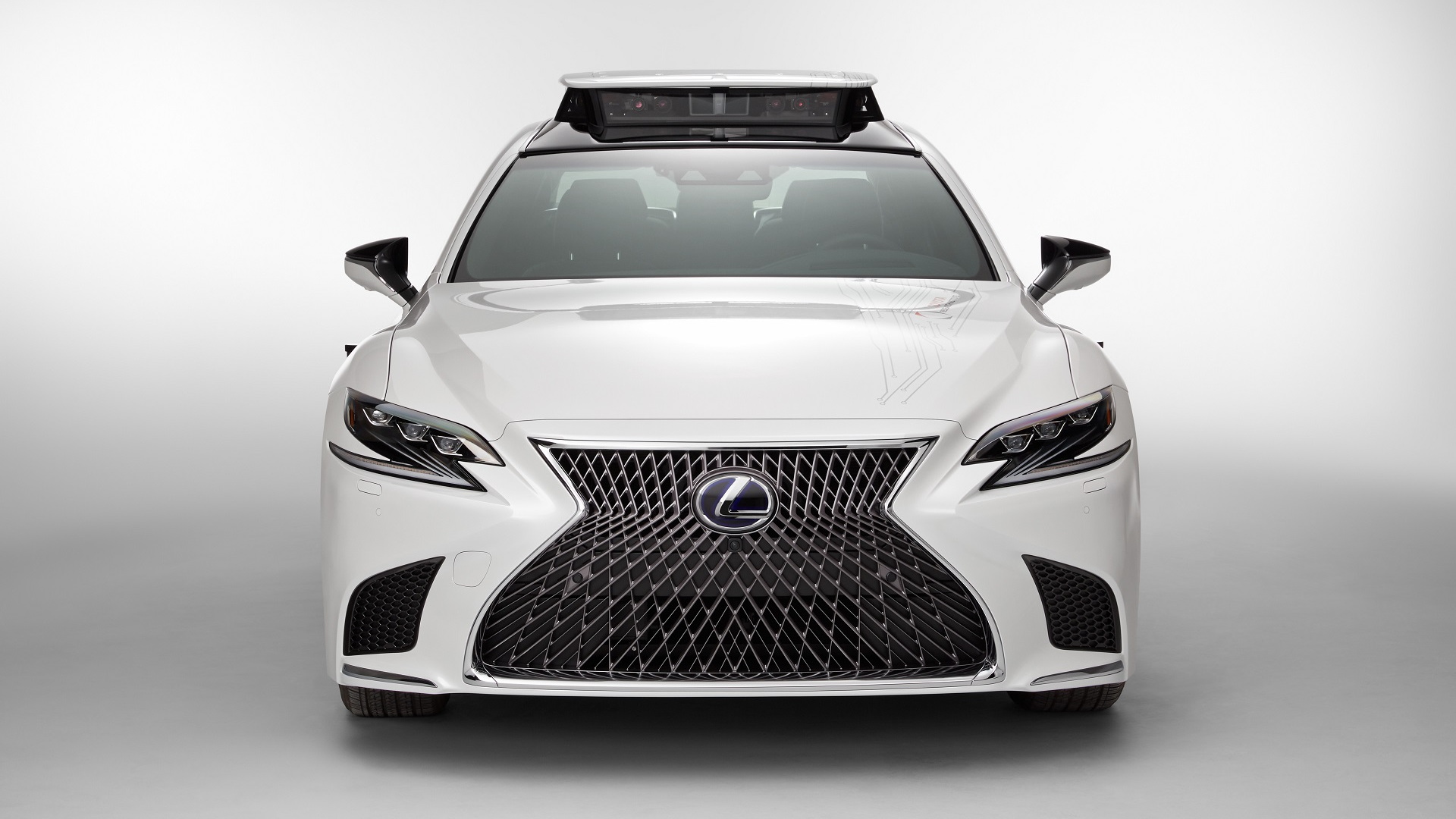 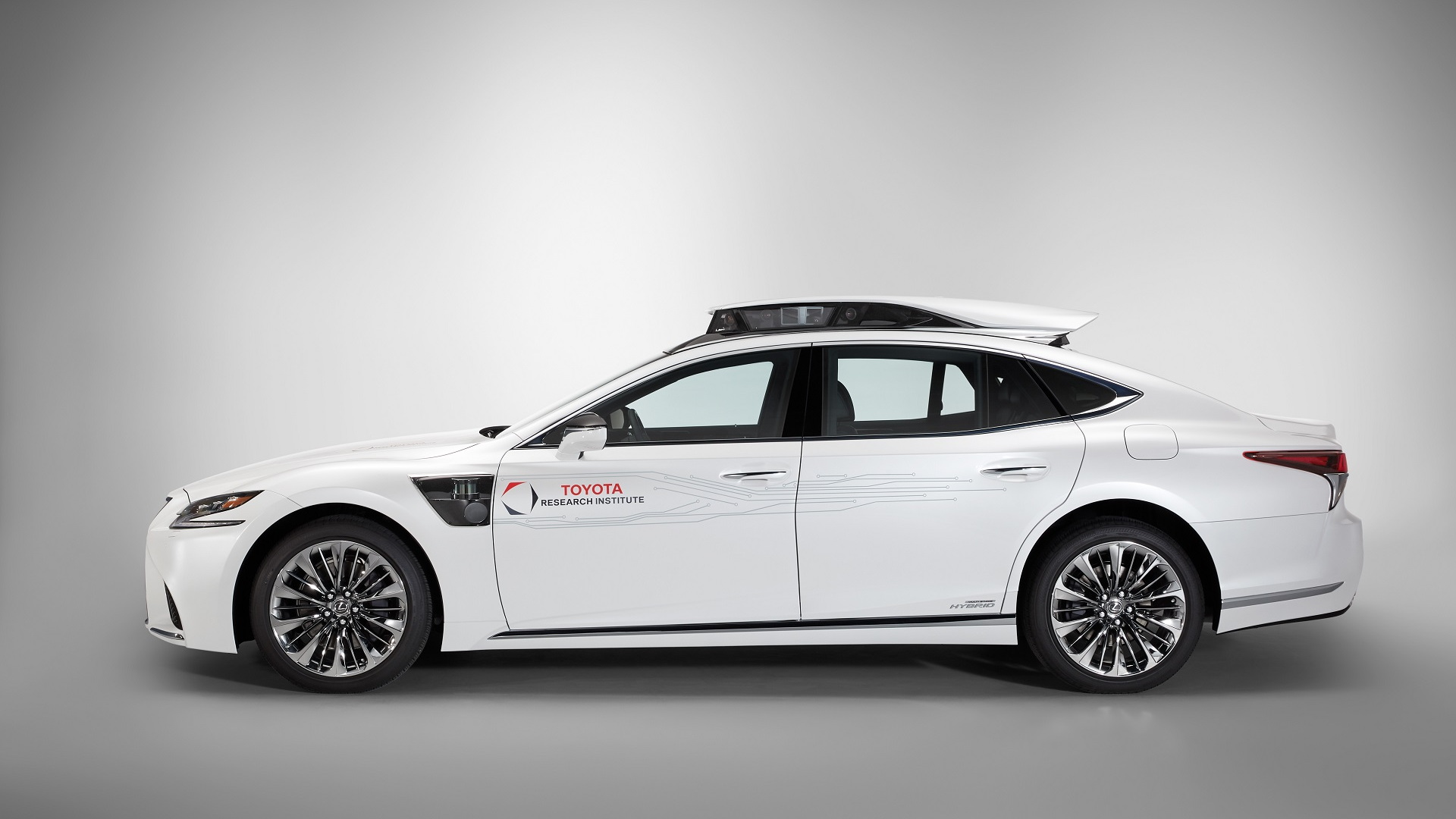 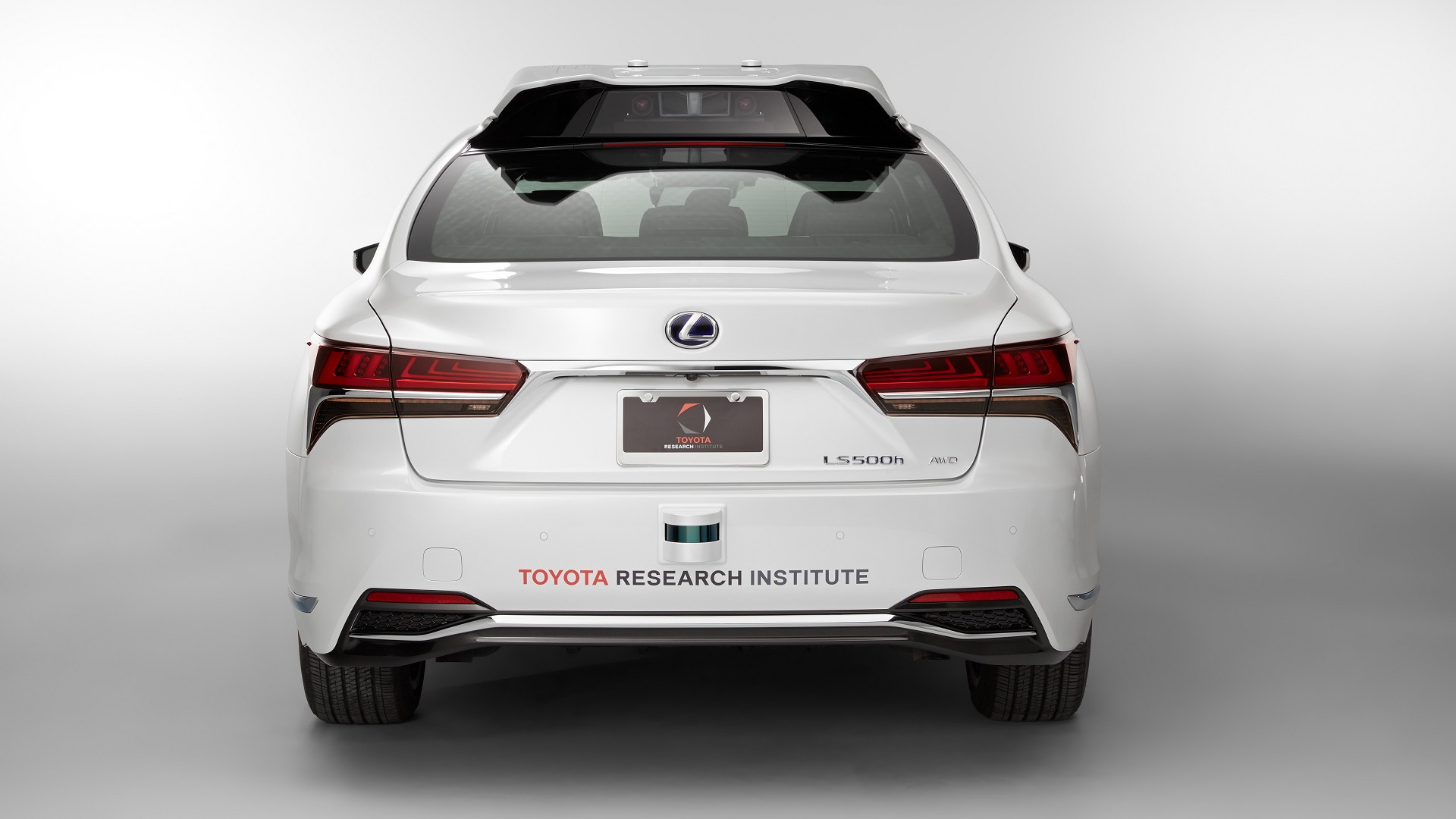 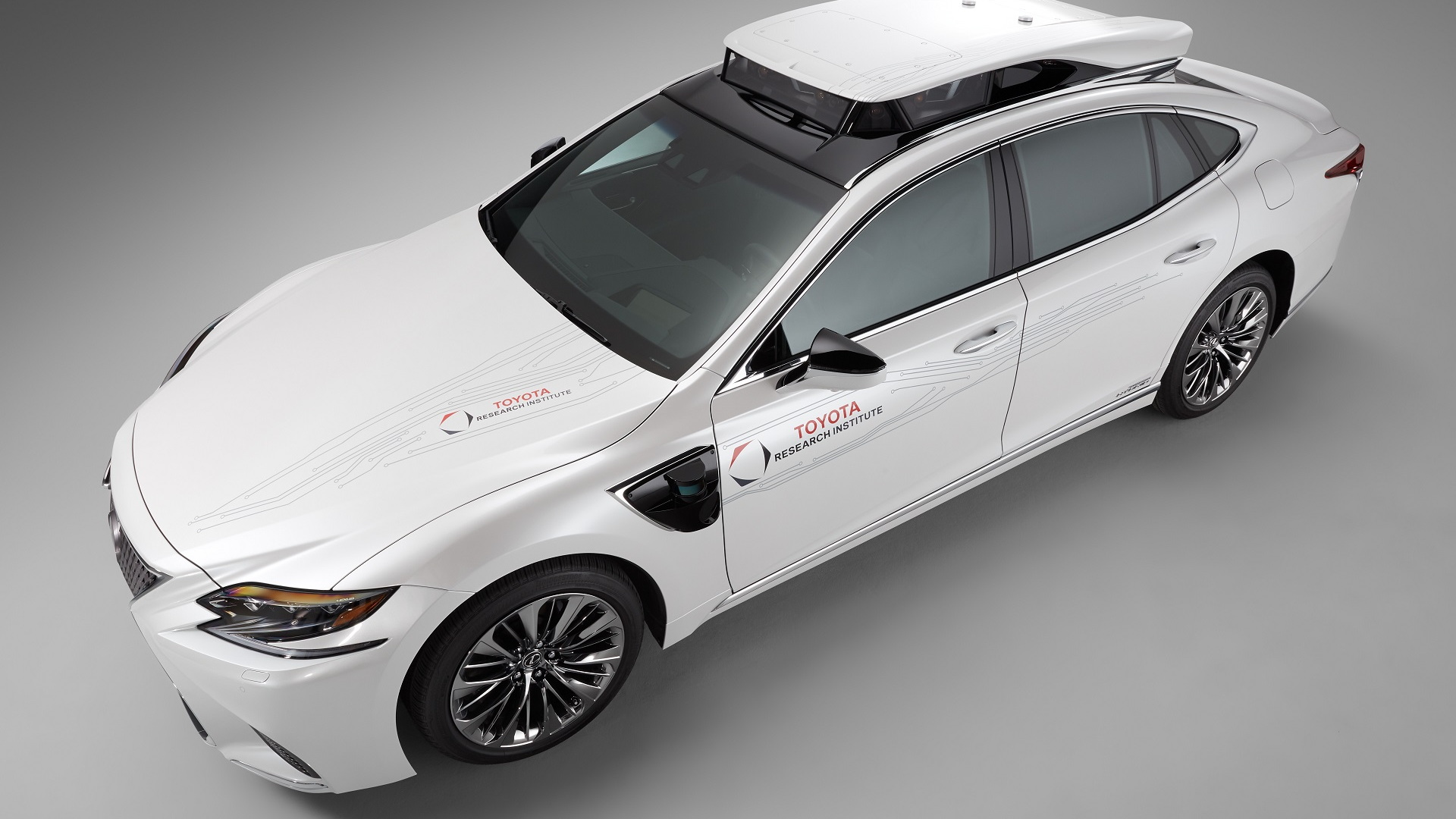 If you're going to develop a self-driving test vehicle, why not make it one that passengers would enjoy riding in?

Perhaps that's the logic behind Toyota's choice of its new Lexus LS large luxury sedan as the basis for the P4, its latest automated-driving test vehicle—unveiled yesterday by the Toyota Research Institute, or TRI.

The self-driving test car, recognizably a Lexus sedan with additional hardware and sensors, will be introduced on Monday at the huge Consumer Electronics Show in Las Vegas and also appear at the Detroit auto show the following week.

CES, as it's known, has increasingly become a showcase for the world's carmakers to debut advanced vehicles and prototypes, from those with long-range fully electric power to self-driving vehicles for large-scale tests leading toward future product launches.

Once cars are fabricated this spring at the company's advanced R&D facility in York Township, Michigan, the TRI-P4 will let Toyota test two suites of software for two different functions.

The first is fully autonomous self-driving (what the company calls Chauffeur), which it suggests might first be used in "a restricted driving domain" before evolving into full use under any circumstances, known as Level 5 autonomy.

The other track of tests includes further advances in its suite of active-safety systems that "amplify human performance behind the wheel, not replace it," which Toyota calls Guardian.

Both development efforts draw data from a single pool of hardware installed on the base car, which TRI notes is more capable, more compact, and adds additional sensor hardware to previous generations of test vehicle.

Those include two additional cameras to increase the car's side views, and new imaging sensors pointed to the front and back that offer higher dynamic range from updated processor chips.

Toyota says it's optimized the radar system to increase the car's field of view, with a particular focus on close-range sensing around the car's perimeter.

CHECK OUT: 2019 Toyota RAV4 Hybrid: At 39 mpg, the highest-mileage SUV without a charge port

The P4's Lidar system, which uses eight heads to scan a 360-degree field around the vehicle, is carried over from the previous P3 test car.

Some of the greatest advances, TRI says, lie in the P4's computing abilities. Though Toyota didn't provide specifications, its "greater computing power" allows faster processing of sensor inputs, quicker reactions to its surroundings, and quicker evolution of its algorithms for machine learning.

The packaging of that computing hardware has been rethought, with the housing mounted vertically against the bulkhead behind the rear seat. Technicians can fold it down into the trunk to get access to the components, but the balance of the trunk volume retains its standard depth.

Finally, the high-voltage hybrid battery in the Lexus LS now powers all of the computing, meaning the 12-volt starter and accessory battery serves solely as a backup source. Although Toyota dpesn't say so much, it's likely that this involves some of the components from an LS hybrid, put to the task of powering all the added gear.

The car looks far less like an experimental technology R&D prototype than similar vehicles from other makers.

READ MORE: Tesla removes Full Self Driving option from website for all models

The design shows "a holistic approach" to integrating such complex hardware, according to Scott Roller, senior lead designer at CALTY Design Research in Ann Arbor, Michigan.

Toyota will provide some travel expenses to enable Internet Brands Automotive to cover its various announcements at the Consumer Electronics Show.