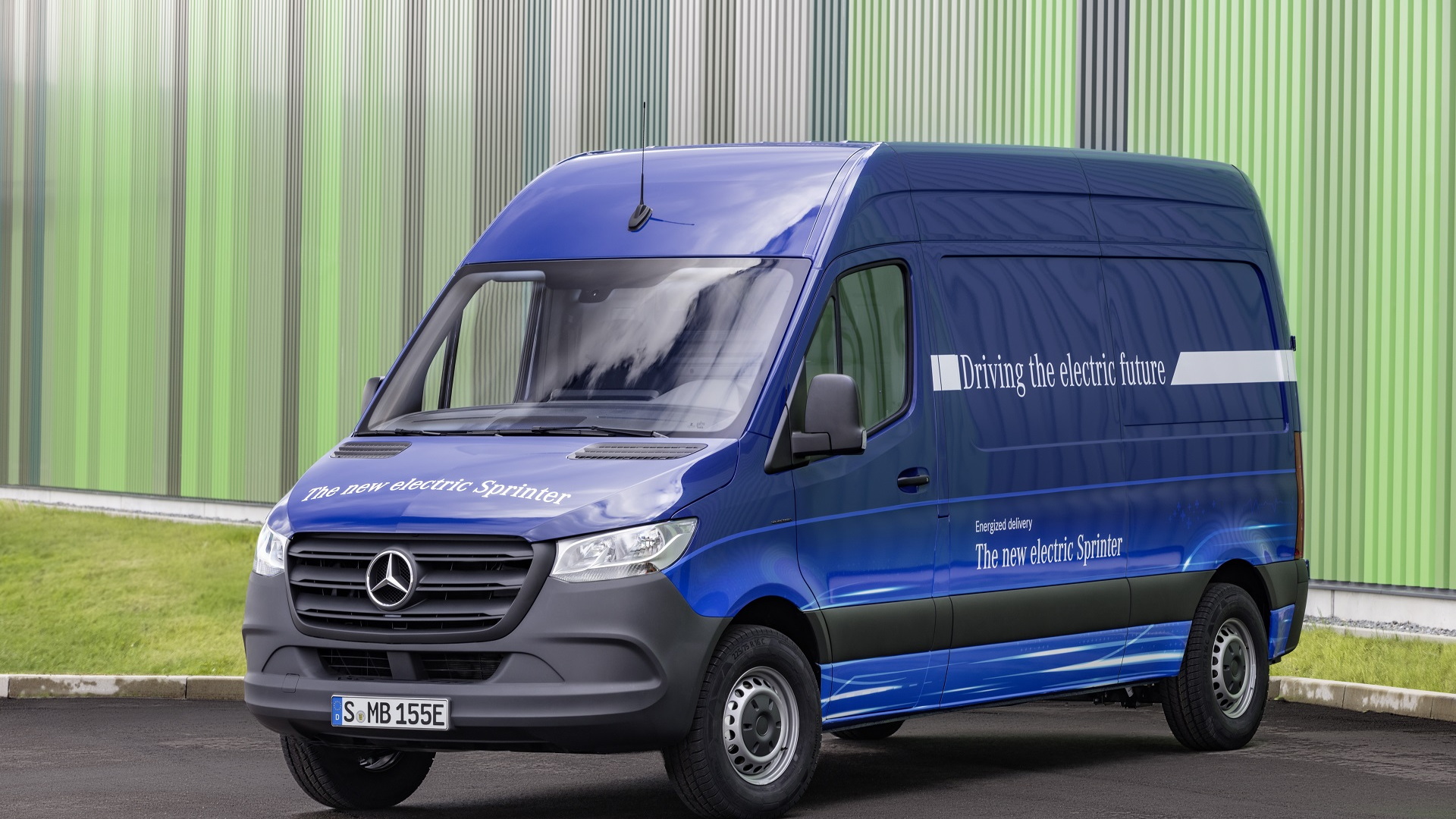 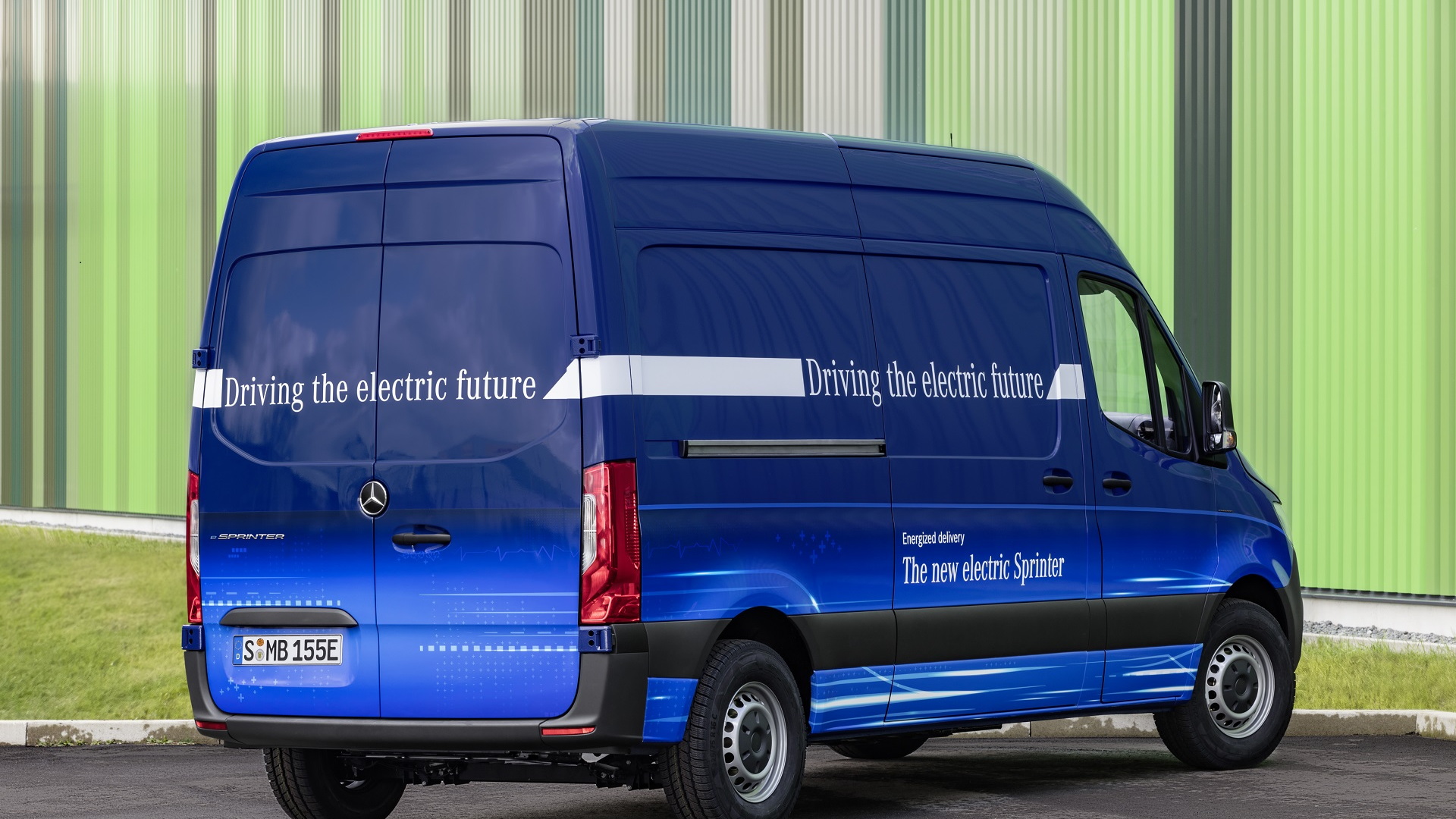 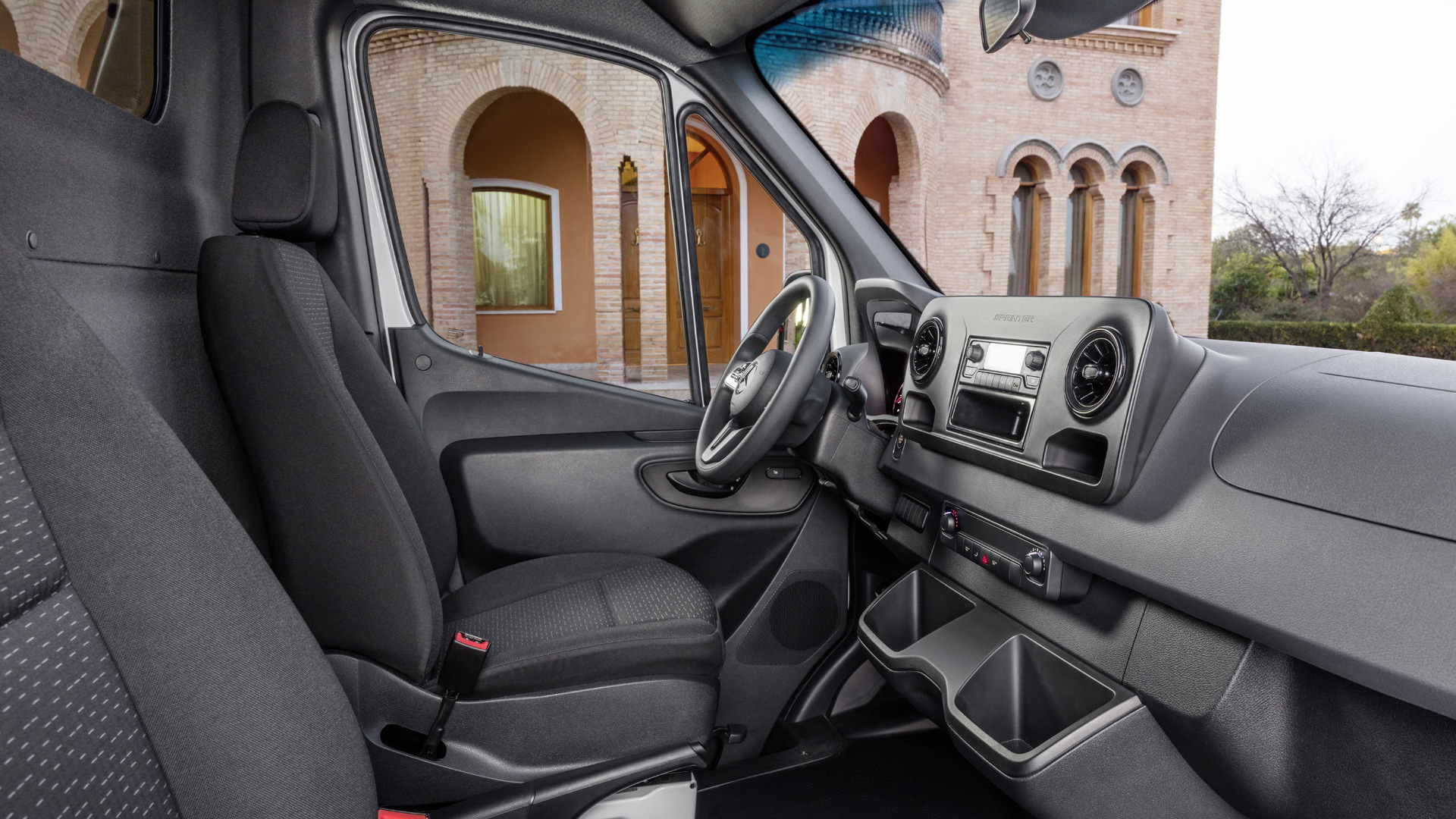 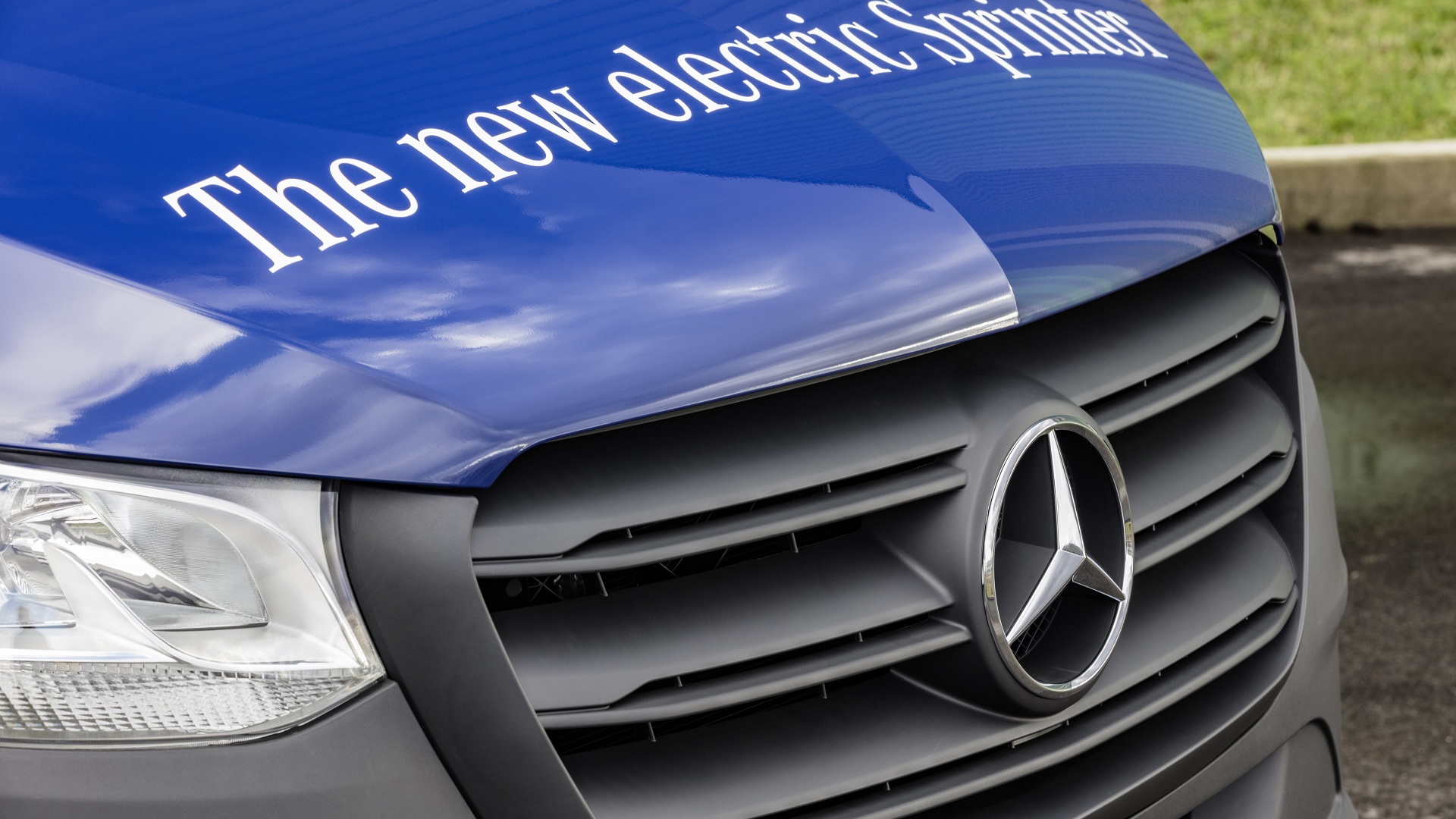 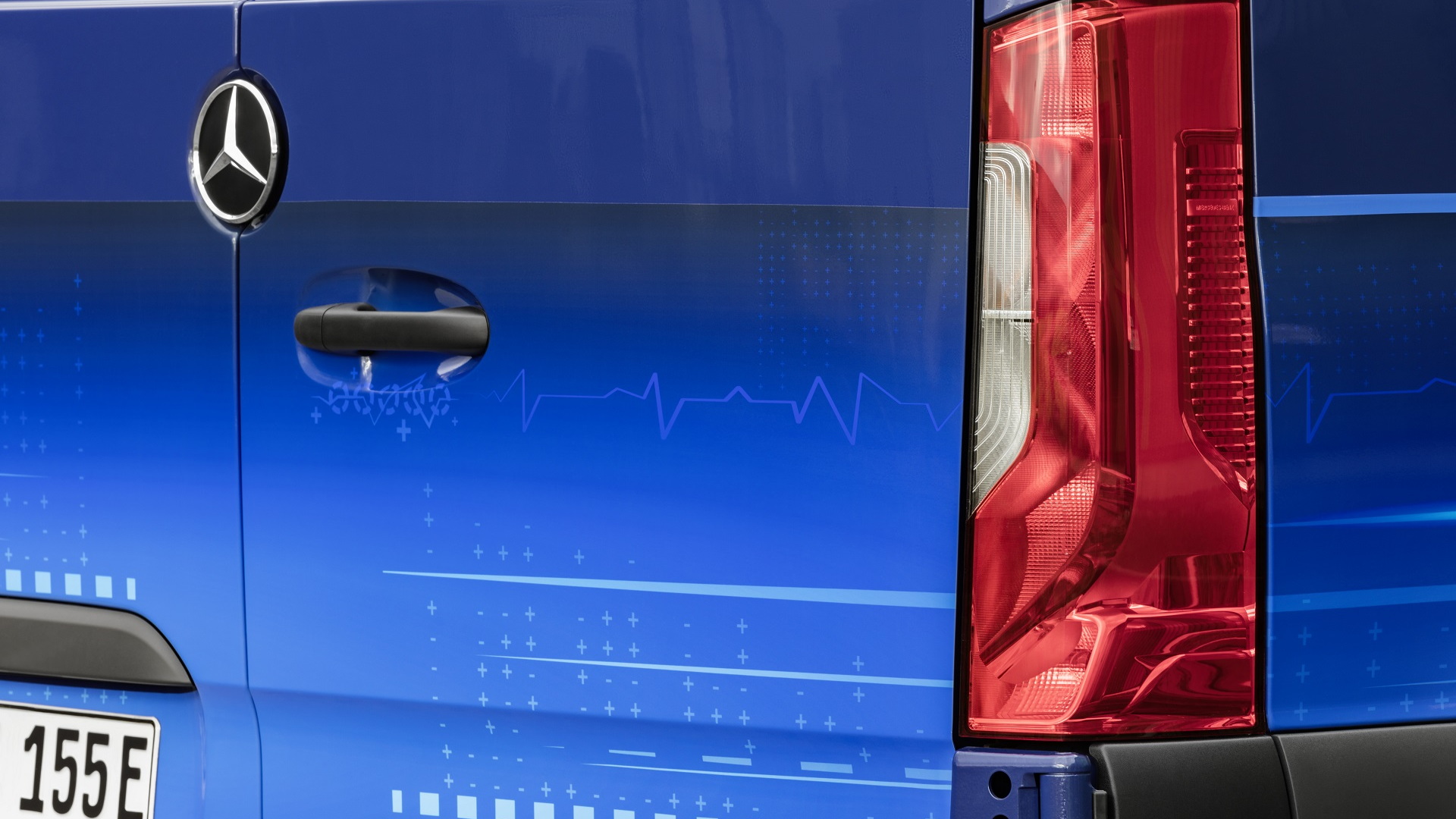 The 2019 Mercedes-Benz Sprinter commercial van launched today, the later generation of the successful delivery vehicle, and an electric version will enter production in 2019.

It will debut initially in European markets, and might possibly make its way to North America—maybe.

The eSprinter will borrow the electric powertrain from the eVito van now available in Europe, a slightly larger option to such small-van competitors as the Ford Transit Connect.

The company's approach to building an all-electric Sprinter is simple: make electric drive “just another powertrain," easily accommodated in a popular platform, just as diesel and gasoline engines are.

In fact, according to Mercedes-Benz the pairing of the electric battery with dedicated front-wheel drive (used only in the electric version of the Sprinter) lowers the load floor by 80mm and may end up a slightly lighter drivetrain.

Both low load floors and lighter vehicle weight are important factors not only for fleet purchasers, but for the drivers who end up running delivery routes in them.

The introduction of the eSprinter is far from a harbinger of the “death” of conventional gas or diesel engines in the eyes of Mercedes-Benz—at least not yet.

As technologies stand now, Mercedes sees its strength in a specific context, with electric becoming stronger fairly quickly for urban routes but diesel still the best option for long-distance hauling.

With that said, the company says a gasoline-powered variant will be sold in the U.S. as a 2019 model, because customers here asked for it.

As for the battery-electric version and its unique front-wheel drive, don't hold your breath.

For its core European market, Mercedes approaches the eSprinter less as a bet or a trend than simply an opportunity to improve not only the efficiency of the vehicle, but of the industry it serves.

Or in the company's words, an all-electric van that's an “integrated system solution.”

The philosophy behind the new Sprinter models was to stop thinking about them as passive objects and incorporate them as fully connected parts of the “Internet of Things.”

Dr. Matthias Winkenbach of the Massachusetts Institute of Technology spoke about the evolving importance of connecting vehicles at a recent Sprinter technology briefing.

He noted that by 2025, the world’s 600 fastest growing cities will account for 25 percent of the global population and 60 percent of global GDP.

With the quick (and increasingly same-day) turnarounds and often-tight delivery windows demanded by online commerce, integrating the delivery vehicle itself into a company’s IT infrastructure allows maximum logistical efficiency.

Combining this new logistical world with the eSprinter's electric powertrain makes for a potent package in the world of urban delivery, where Mercedes-Benz expects the van to find its biggest market.

The company will only hint at possible new battery options in the (near) future for the eSprinter—though with this being the first new generation of Sprinter in 12 years, updates during its model life seem all but inevitable.

Meanwhile, Tesla is among several electric-vehicle makers betting that the time for large electric semi tractors is now; it is collecting enough pre-orders to suggest that might be true.

Giant companies that include Walmart, Pepsi, Anheuser-Busch, Sysco, UPS, and DHL have all anted up for as many as 125 of Tesla’s big, quiet hauler of the future.