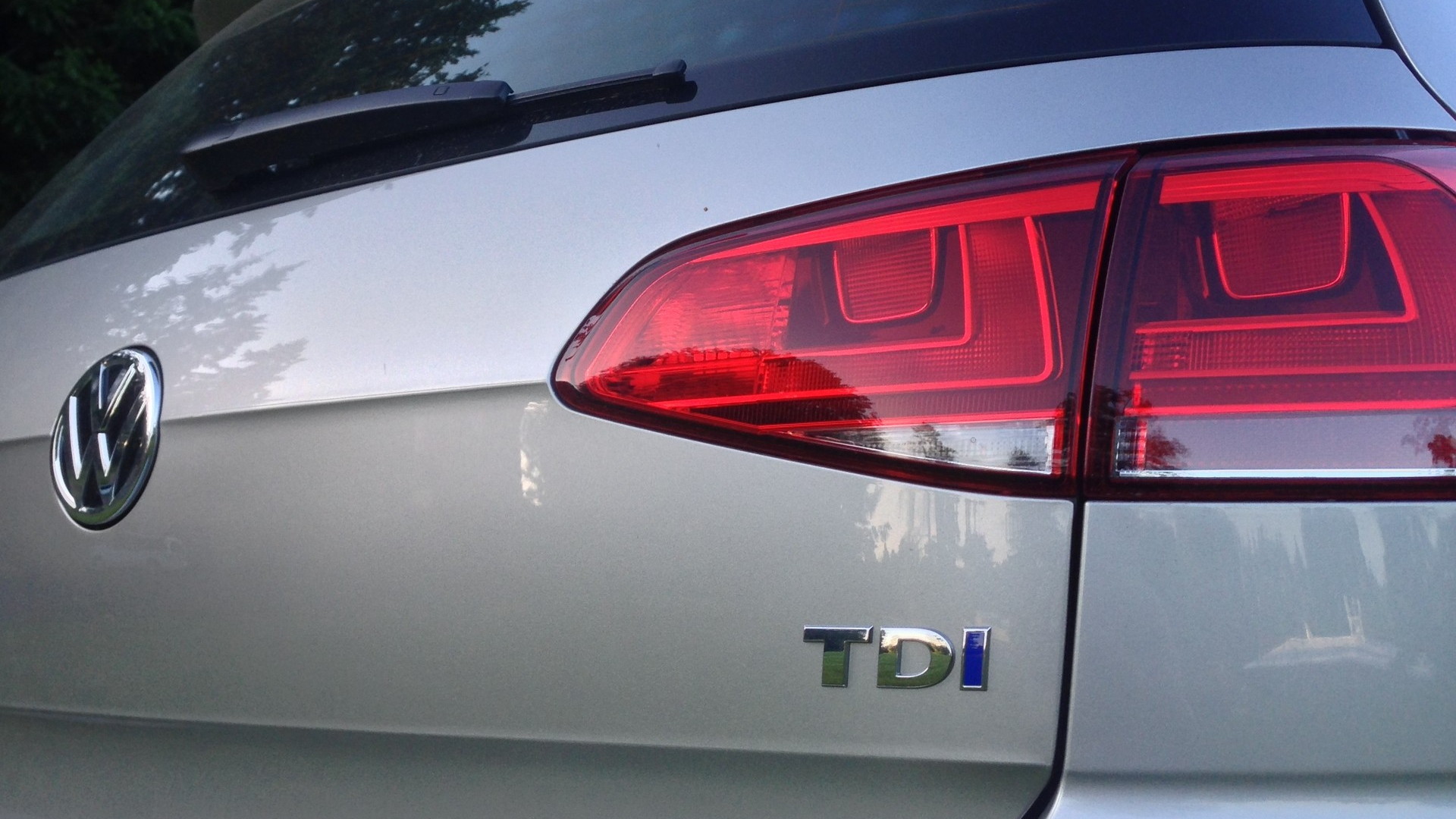 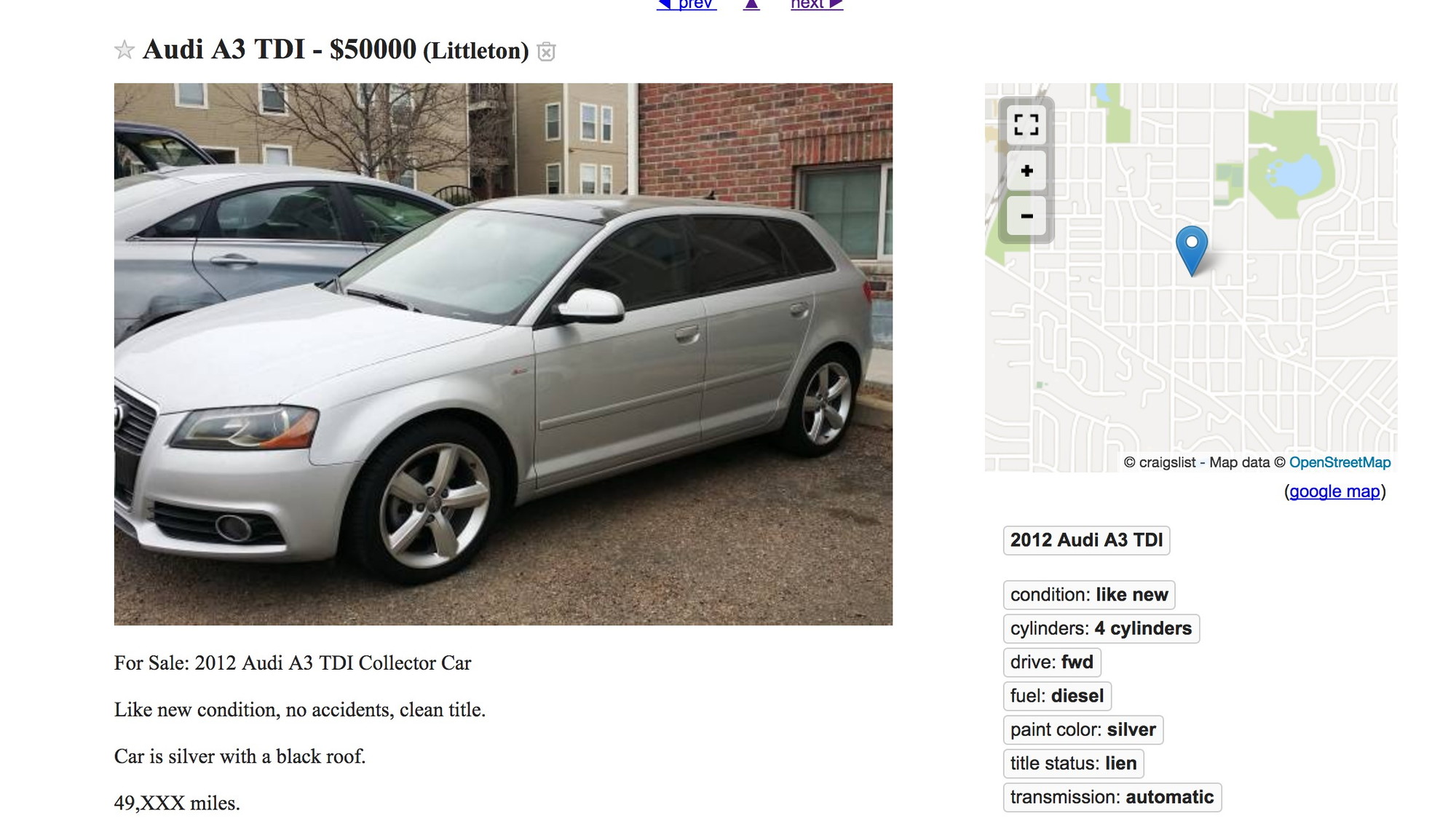 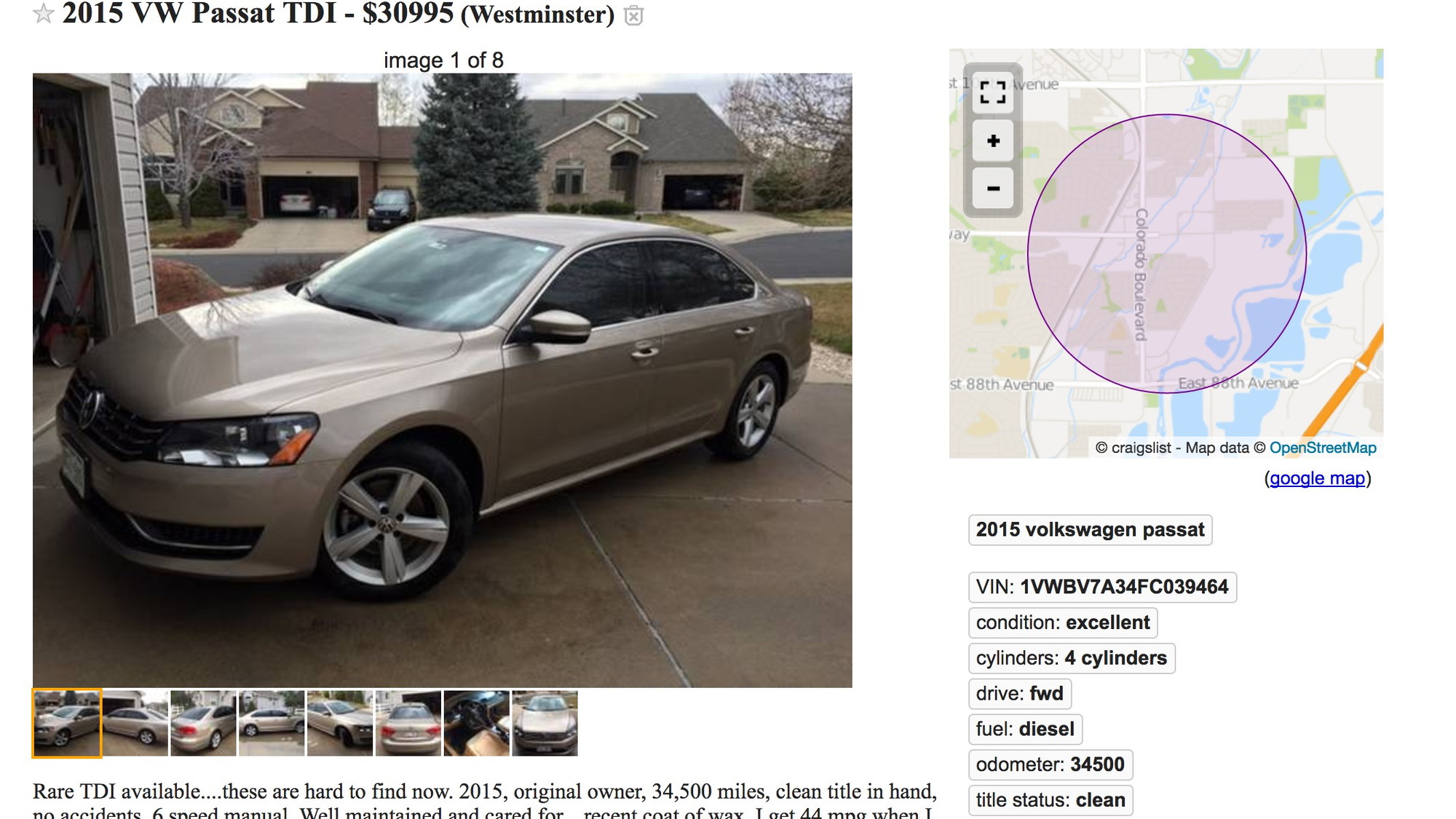 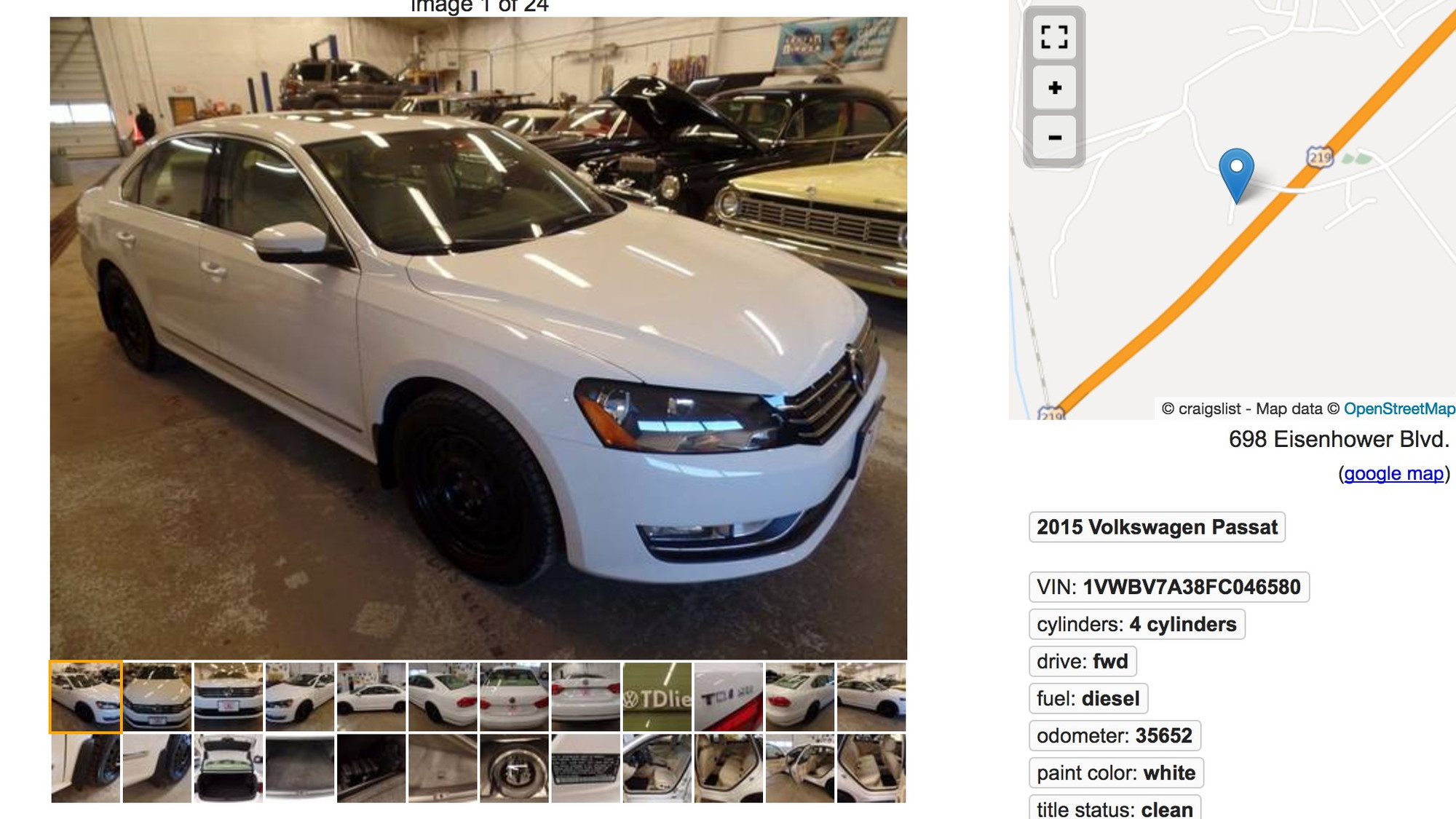 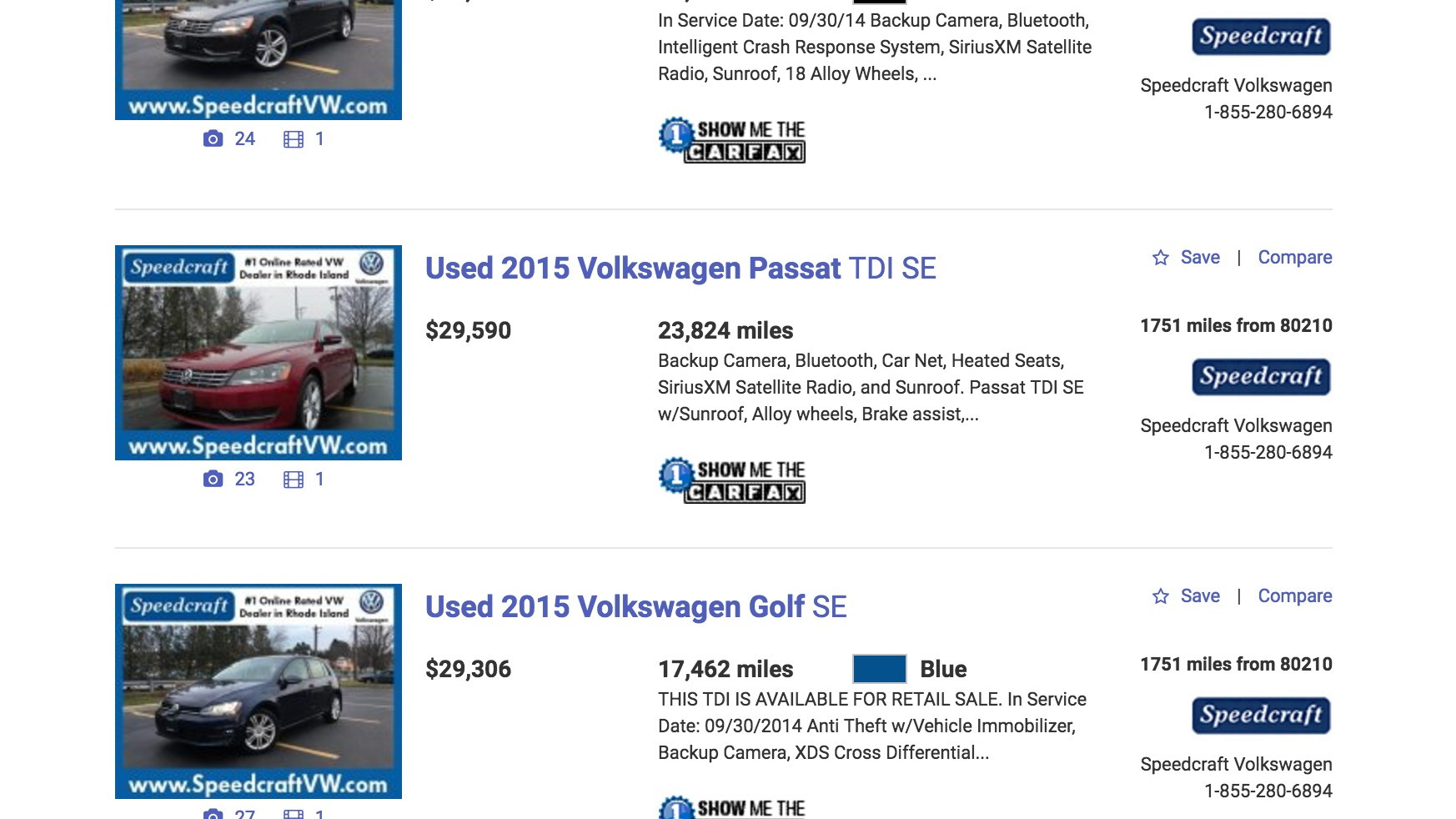 If you have your eyes on a used Volkswagen or Audi TDI turbodiesel, you may wind up having to pay more today for 2009 through 2015 models than you would have when they were new.

At least right now, only 2015 model-year versions of VW and Audi vehicles sold with the 2.0-liter turbodiesel 4-cylinder TDI engine can be modified to comply with emissions standards, which will keep them legal for road use.

A few sellers appear to be capitalizing on that fact, with prices having climbed substantially for those cars in online ads. 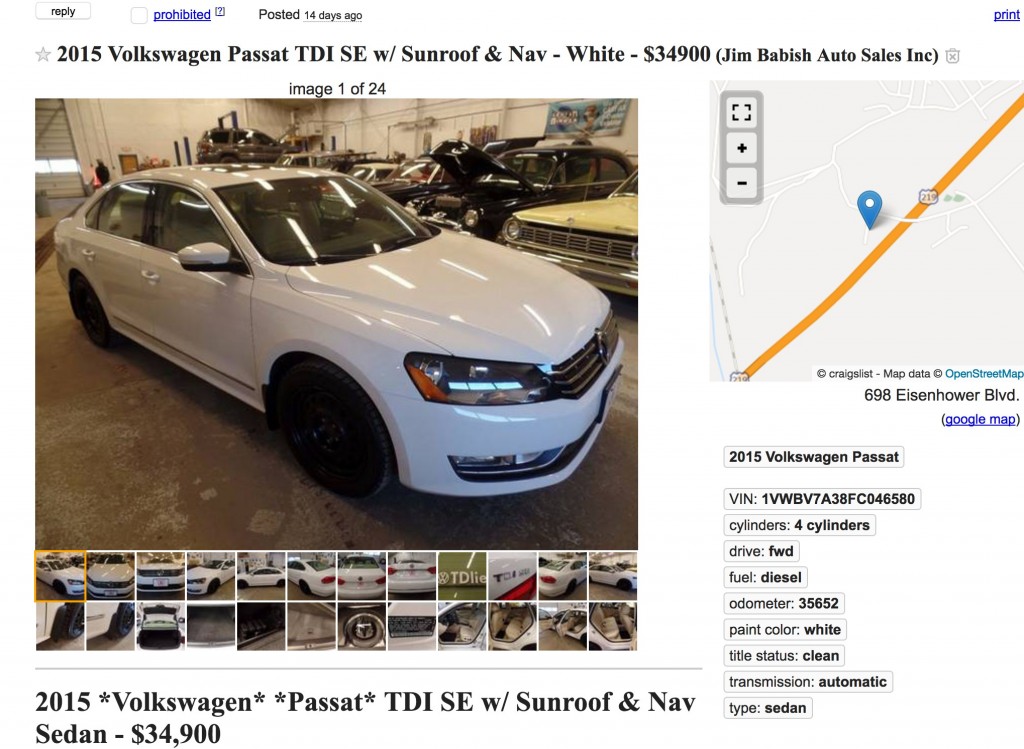 You're still essentially out of luck if you want a 2009 through 2014 Jetta TDI, either sedan or SportWagen, or a Beetle TDI or Passat TDI from those years.

But if you want a 2015 that can be made compliant, we've now spotted several ads online that request well above original asking price for 2015 model year TDI VWs and Audis.

Since many 2015s have already been bought back and others are on their way, it's safe to say that supply of these last turbodiesel 4-cylinder VWs to be offered in the U.S. (potentially forever) will continue to dwindle.

DON'T MISS: Here's which VW TDIs can and cannot be fixed

Even prices for cars that can't be modified seem to have soared as buybacks progress.

There's no fix yet for 2012s, meaning the diesel-powered hatchback won't be legal in many places. 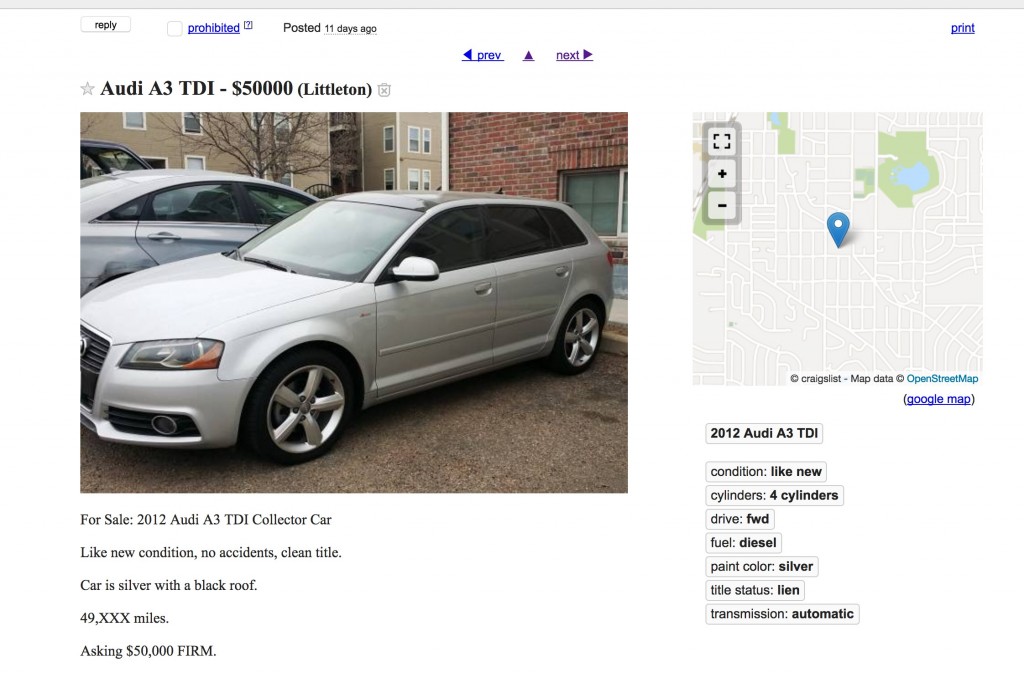 We reached out to Kelley Blue Book, which closely tracks used car values to see if this is a trend.

"We have noticed a spike in TDI values that we have attributed to the buyout offer VW has for current TDI owners," Michael Harley, an Executive Analyst with KBB, told us.

While used diesel VWs remain available in various places, however, it's not clear yet if anyone will actually want them.

A Volkswagen dealer in Rhode Island is offering a few low-mile 2015 Passat TDIs at prices slightly above their original sticker price.

According to their Carfax reports, these Passats have been in the dealer's inventory for over a year.

The dealership appears to have been hedging the cars, which would would be worth only about half as much if they were gasoline models. 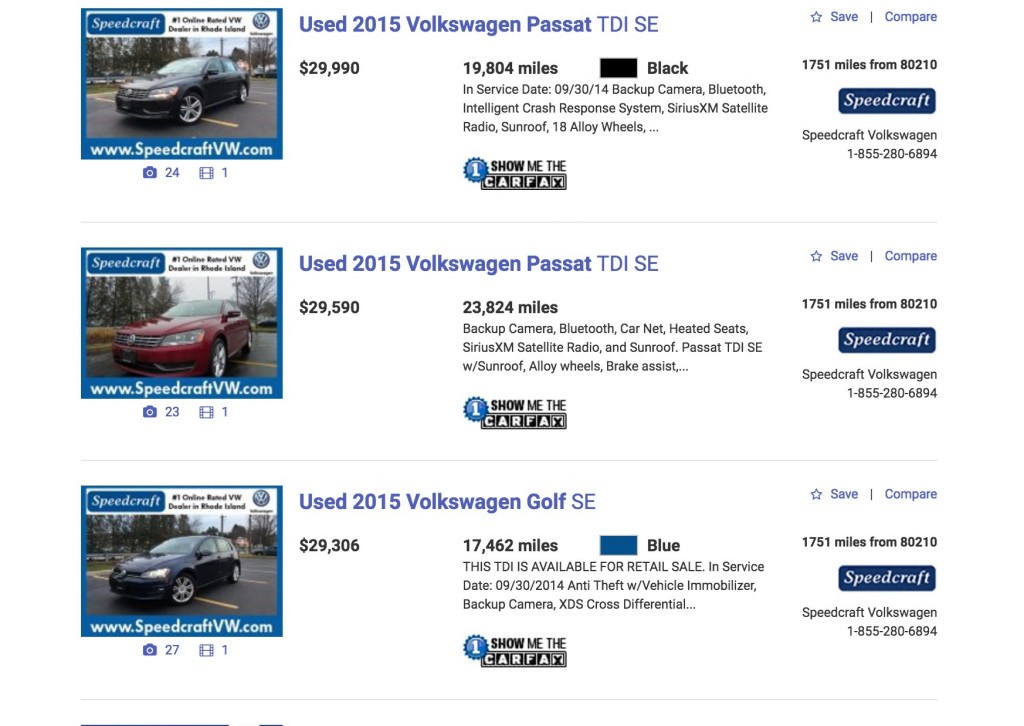 VW of North America doesn't prohibit dealers from selling TDI vehicles that have been repaired, but Volkswagen spokesperson Jeannine Ginivan told us that they haven't actually started modifying the vehicles yet.

As for the long-term outlook for those 2015 TDIs? KBB's Harley says that it's a wait-and-see situation.

"Volkswagen is starting to 'fix' existing vehicles, and we have yet to hear how that is going to affect drivability," he said.

"If there is little change, values may stay strong for some time. If the 'fix' degrades performance, expect values to drop."