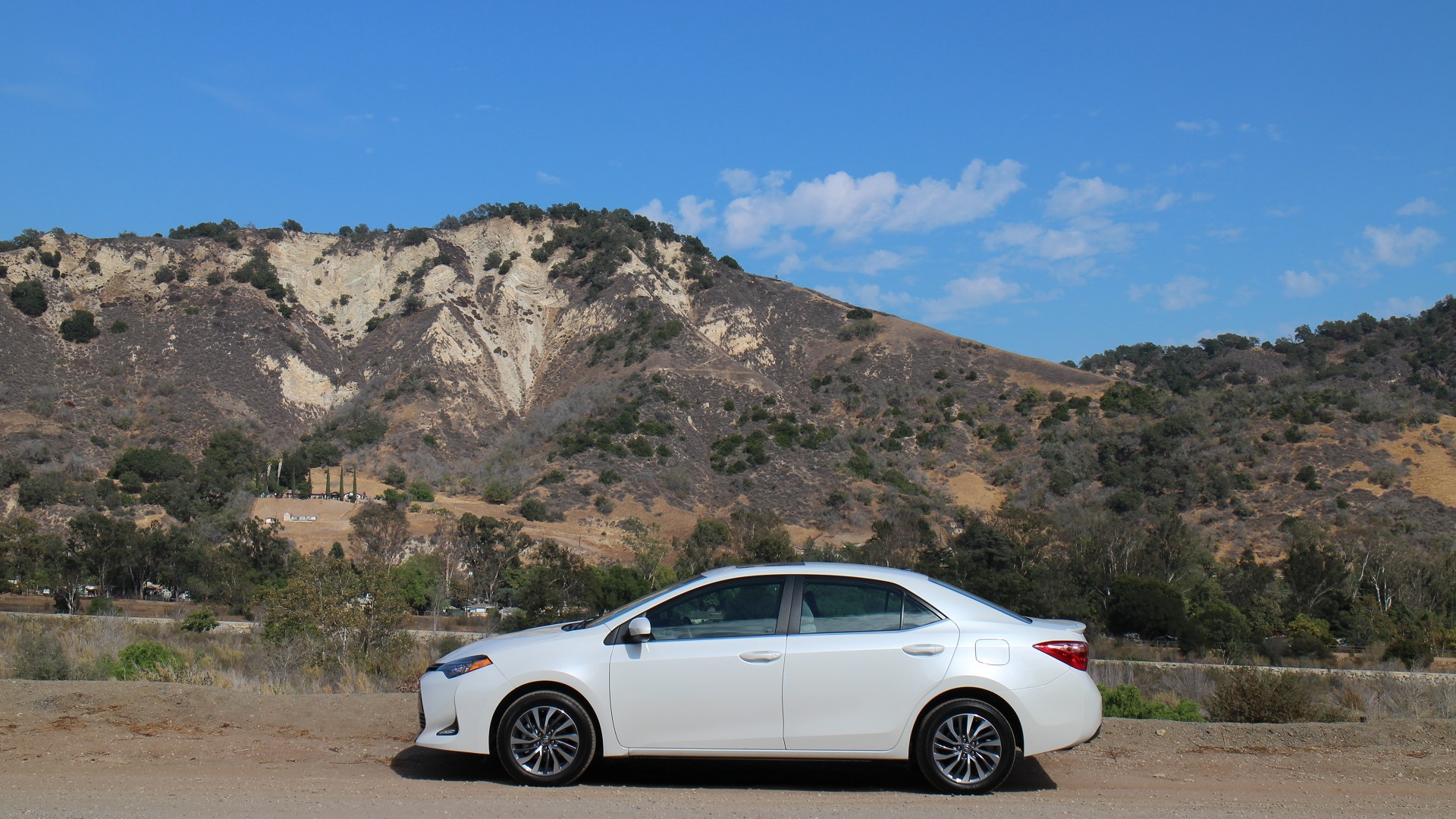 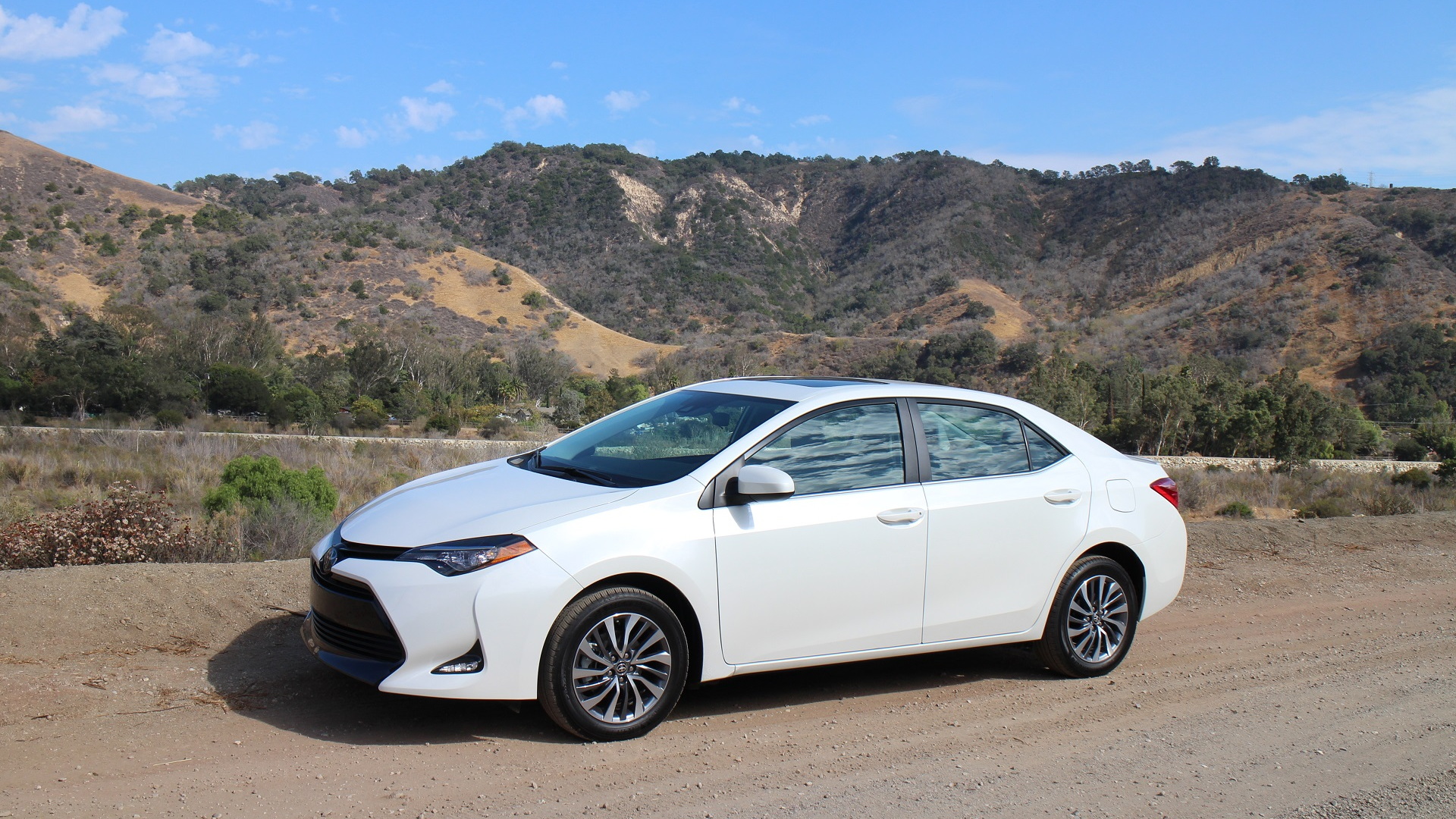 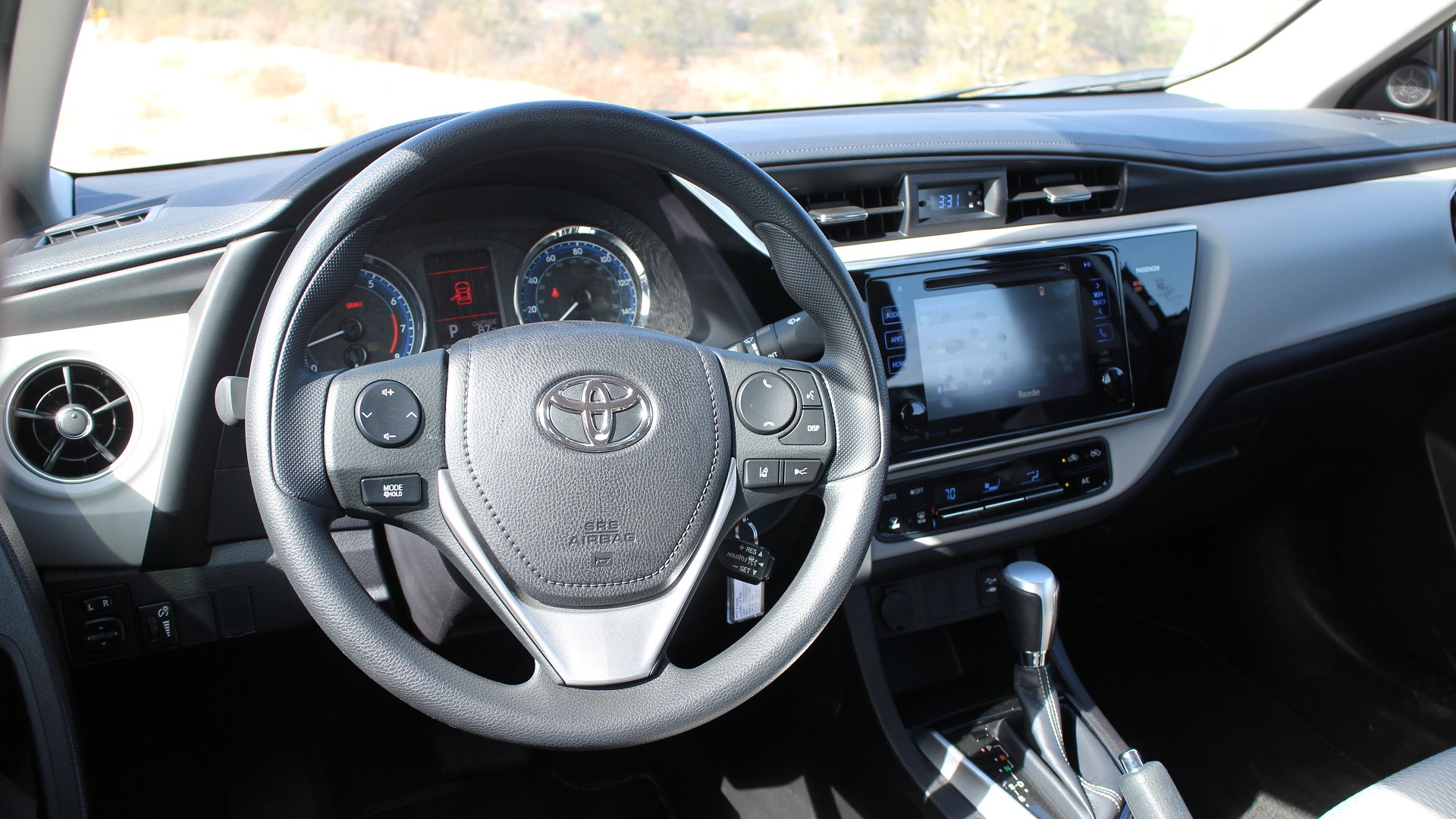 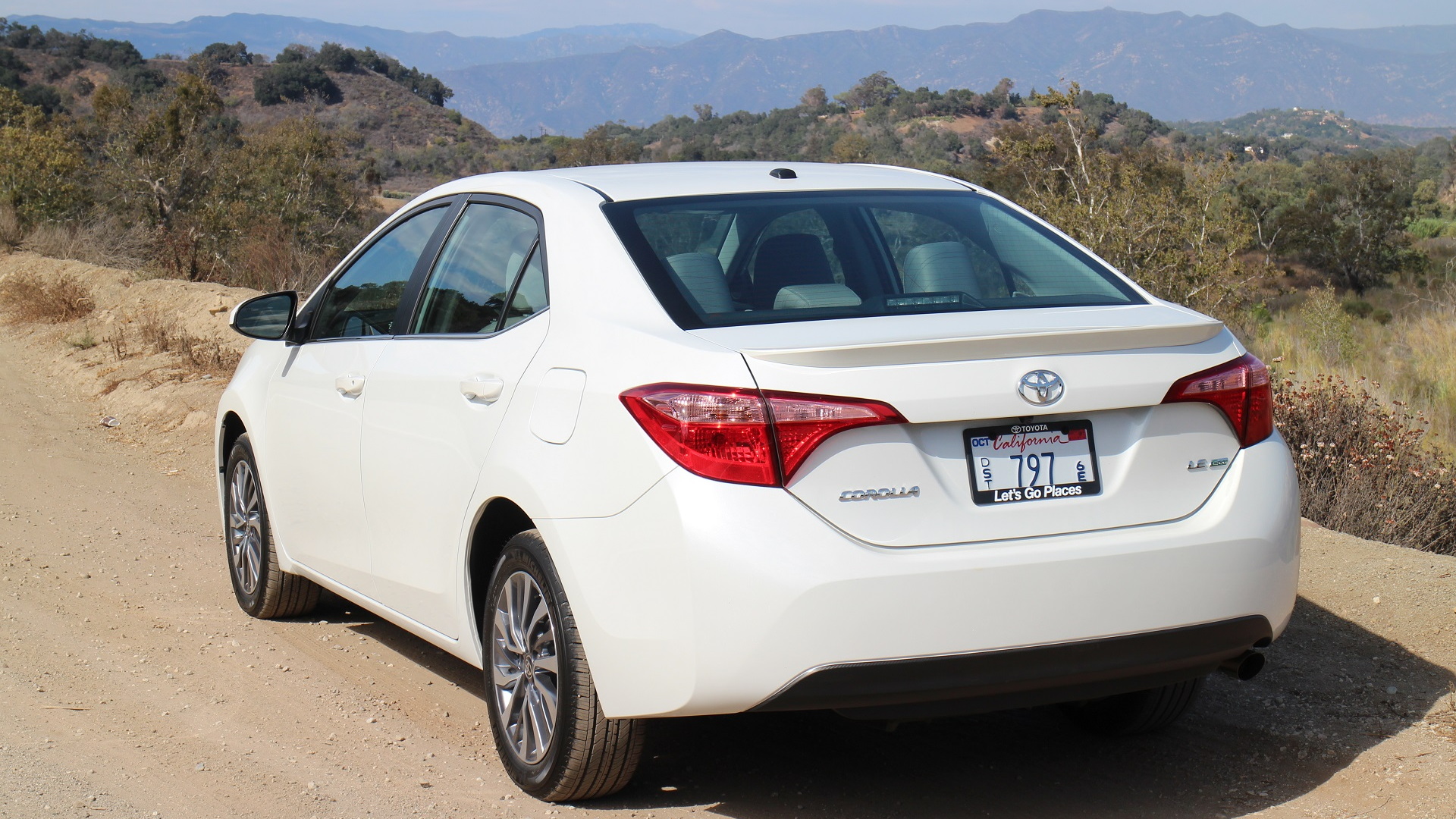 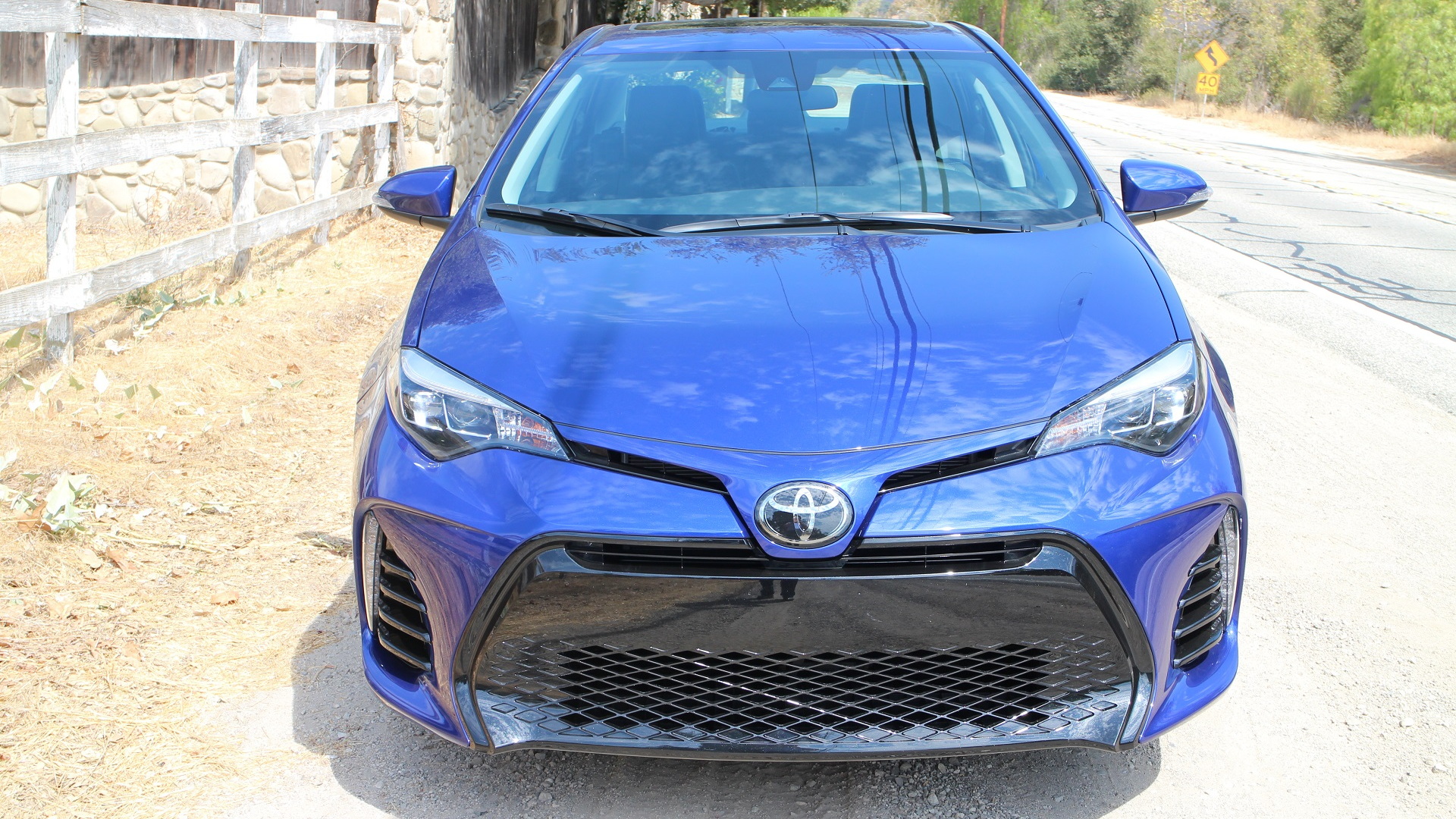 The Toyota Corolla has been almost the default compact sedan among North American buyers for what seems like decades now.

In good years, more than 350,000 are sold to retail and fleet buyers in the U.S., and they're part of the automotive landscape in even the reddest states of the union.

The latest Corolla is thus cautiously evolutionary, with added safety features, some styling tweaks, and a handful of interior upgrades to keep it competitive.

We got a chance to drive a pair of 2017 Corollas during last month's trip to Ojai, California, to test Toyota's new 2017 Prius Prime plug-in hybrid.

Changes for 2017 include what Toyota calls a "more premium look" for the interior to add a "multi-layer, dimensional feel" and convey a greater sense of space.

While that sounds like it could translate to "busy," we found the result pleasant and inoffensive.

The front end, grille, and headlights get minor styling tweaks to make them more aggressive, in line with Toyota's latest design language. Opinions vary on whether this is a good thing.

Like other models in the 2017 range, the Corolla gets a set of active-safety features—known by the dreadful name of TSS-P—as standard equipoment on every trim level.

The Multi-Information Display between the instruments on various models is either a monochrome 3.5-inch screen (L, LE, and LE Eco models) or a color 4.2-inch display (all others).

The engine stays the same, a 1.8-liter 4-cylinder, but a 6-speed manual gearbox is now offered only on the sporty SE model.

All other Corollas feature a continuously variable transmission (CVT), including the base Corolla L model, whose previous, ancient, and inefficient 4-speed automatic finally heads off into history.

We spent more time on our drive with a metallic blue 2017 Corolla SE Premium, the higher trim level (Premium) on the sportier (SE) version of the compact sedan.

In temperatures of 90 degrees or more, through hilly roads but no freeway travel, we managed to achieve displayed fuel-economy readings of 33.4 and 33.9 mpg on two loops of 20 miles apiece.

We also had a brief drive loop in a white Corolla Eco model, which had more basic cloth upholstery and the smaller monochrome display between the instruments.

The Corolla Eco is tuned for greater engine efficiency, but it couldn't put its best foot forward on Ojai's hilly roads.

It wheezed and howled trying to maintain a steady speed up the steeper hills, and there simply wasn't enough power to do more than keep up with traffic.

The far-from-representative gas mileage on the short 13.7-mile loop reflected that, at just 20.2 mpg. The Eco would likely have done far better at steady speeds on flatter roads.

Other random drive notes from our pair of 2017 Corollas:

As it's been for years, the Corolla is a safe, reliable, and sensible choice for a four-door compact sedan.

It's far from exciting—but that's probably just fine with hundreds of thousands of buyers.