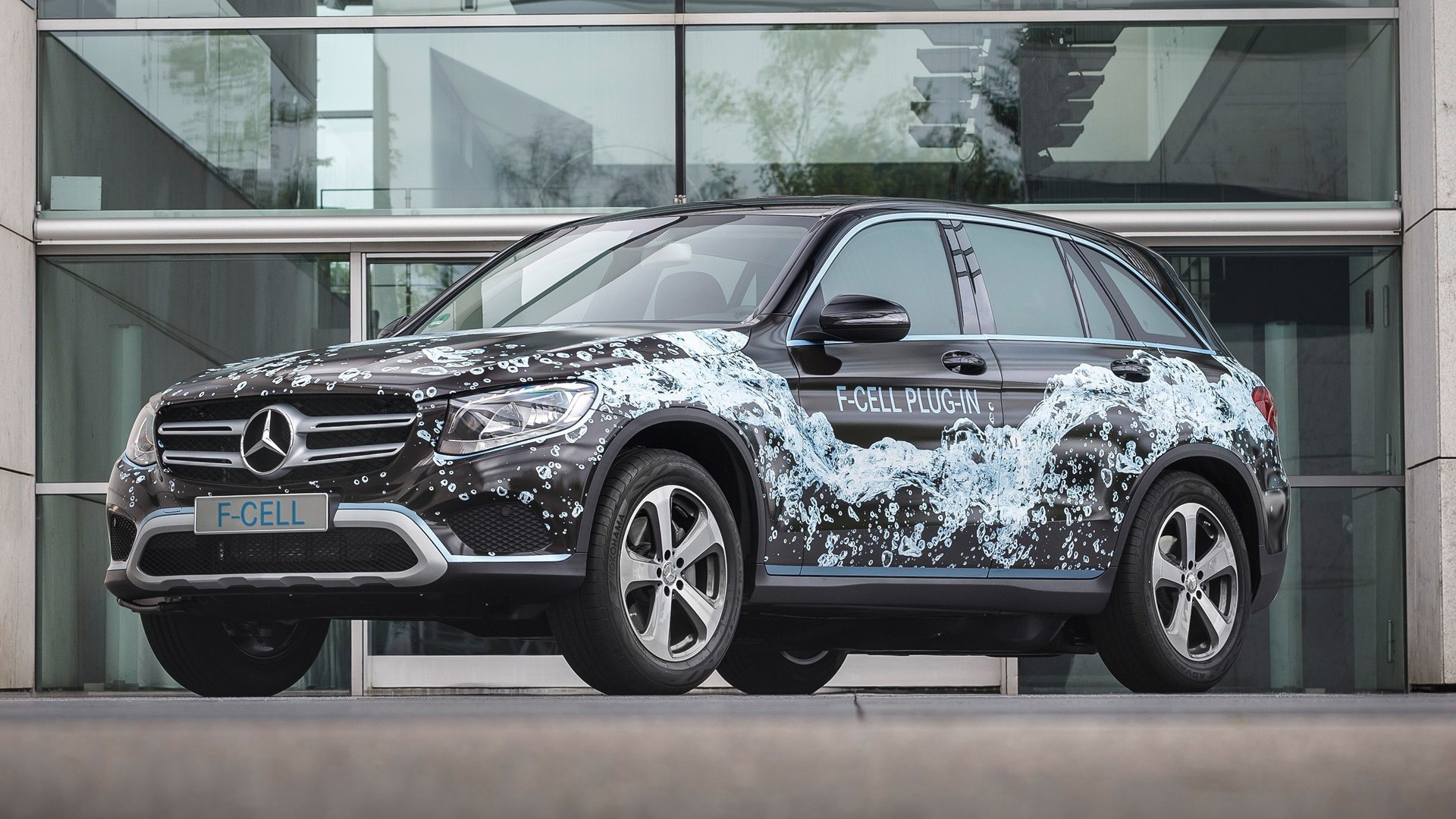 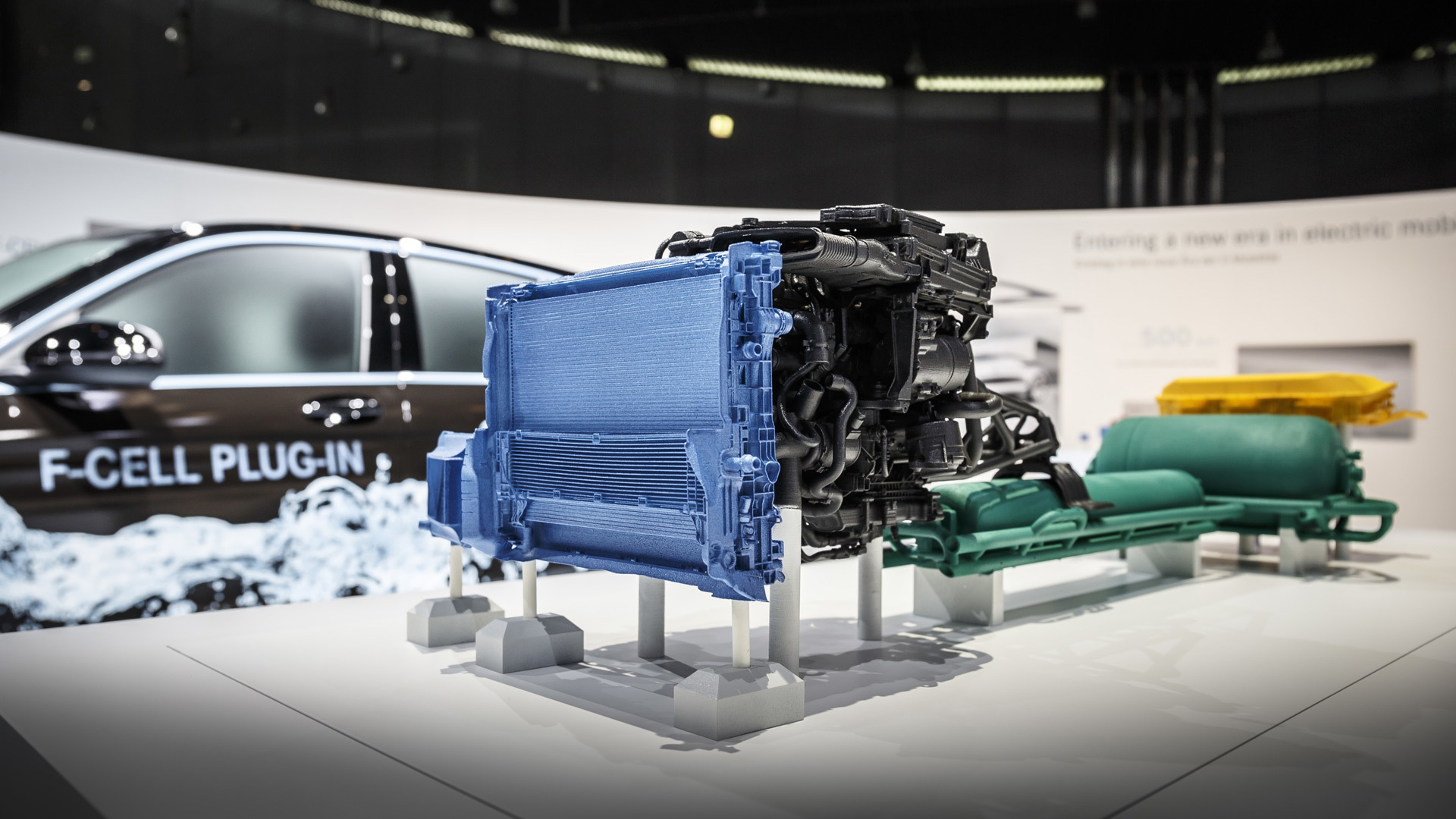 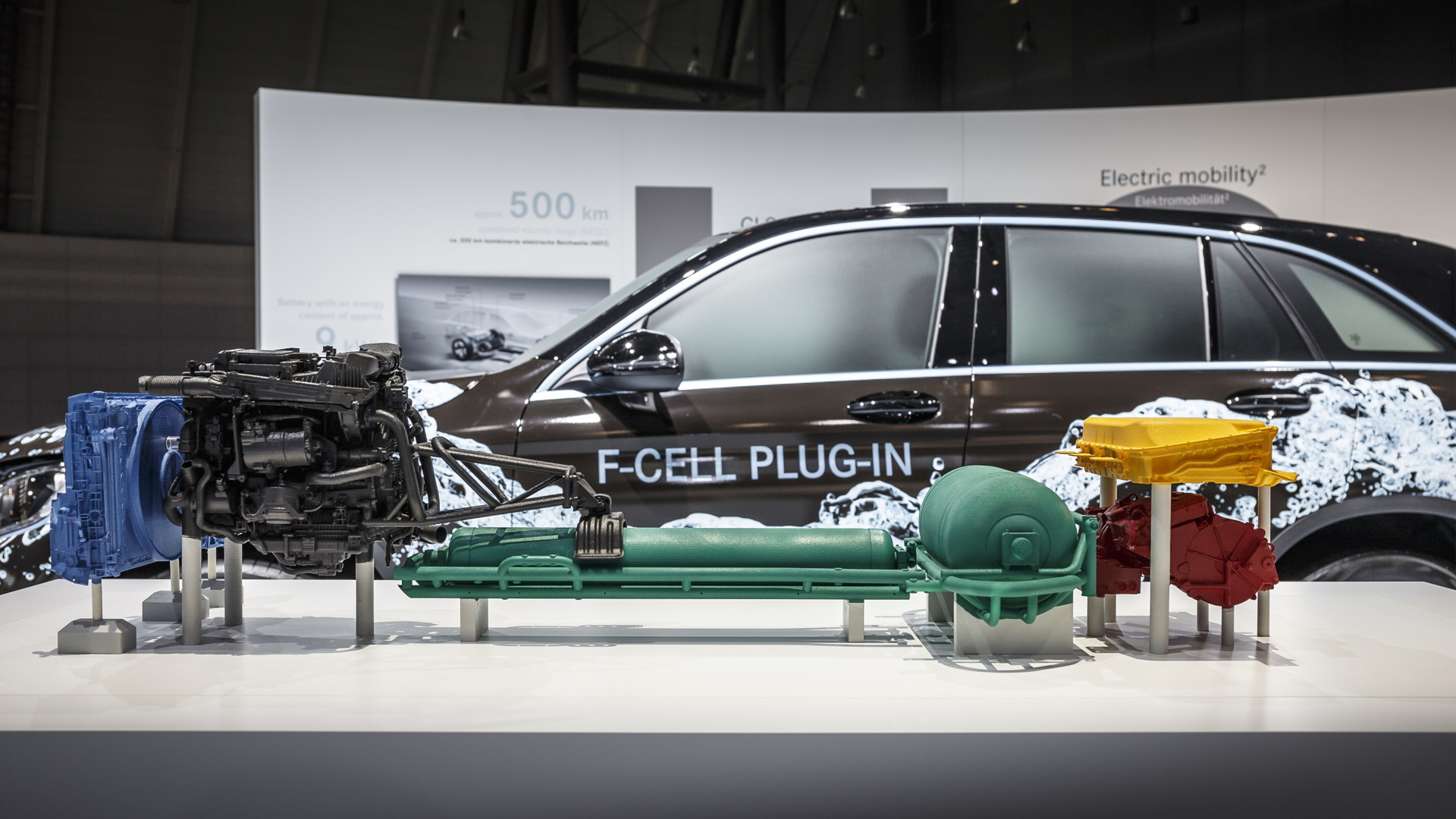 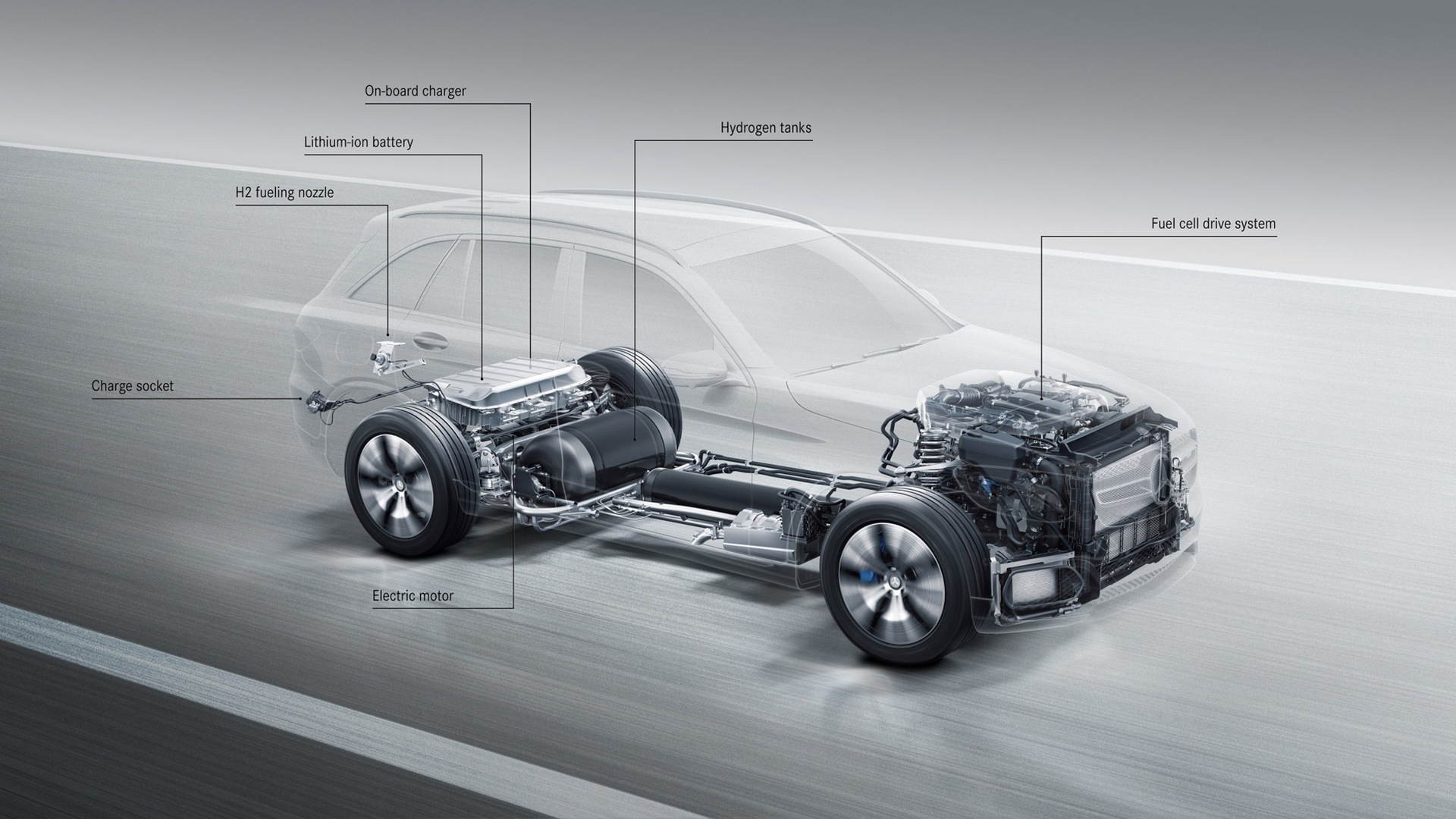 Hydrogen fuel-cell vehicles face the challenge of a global fueling infrastructure that doesn't exist and will cost billions to build. Electricity, on the other hand, is pretty much everywhere.

Now Mercedes plans to combine the easy recharging of a plug-in electric vehicle with the long-distance advantages attributed to vehicles fueled by hydrogen.

The Mercedes-Benz GLC F-Cell, to be launched next year—likely at the Frankfurt Motor Show—will be the world's first production plug-in fuel-cell vehicle.

DON'T MISS: Mercedes fuel-cell GLC plugs in like an electric car: what does that imply?

Its maker released some preliminary information today, including the size of its lithium-ion battery pack, which it says will have a capacity of "around 9 kilowatt-hours."

That's almost exactly the size of the 8.8-kwh pack in the current, low-volume Mercedes GLE 450e plug-in hybrid, a larger crossover SUV of an earlier generation.

The company cites a combined electric and hydrogen range of more than 300 miles (around 500 kilometers) in the European test cycle.

Conservatively, a battery of that capacity should provide around 25 miles of electric range—Mercedes says up to 31 miles in the European cycle—potentially sufficient for most local use with home recharging.

That could leave the hydrogen fuel cell as a sort of range extender for longer-distance or higher-speed trips.

Daimler says its latest fuel-cell technology, developed together with its partners Nissan and Ford, is 30 percent more compact than its predecessor.

Its cost is also sharply lower, and it uses just one-tenth the amount of platinum in its stack that earlier fuel cells required.

The GLC F-Cell's powertrain control software continuously optimizes energy efficiency, Mercedes says, using either the battery, the fuel cell, or both to deliver the necessary power using the least energy.

It also incorporates regenerative braking, like any electric-drive vehicle, to recharge the battery using energy that would otherwise be wasted as brake heat.

The underpinnings of the new GLC crossover have been designed from the outset to incorporate not only gasoline and diesel powertrains, but also plug-in hybrid, battery-electric, and hydrogen fuel-cell variants as well.

A year after the GLC F-Cell debuts, Mercedes is expected to unveil what's now referred to as the "ELC," an all-electric crossover SUV that shares some structure with the GLC but offers unique styling and a range of more than 250 miles.

Like every volume vehicle in the Mercedes-Benz lineup, the GLC will also get a plug-in hybrid version using a conventional gasoline engine with an electric motor integrated into its automatic transmission.

The GLC F-Cell will be built at the same assembly plant in Bremen, Germany, that has produced the model since production began in July 2015.

The technology for the fuel-cell stack was developed by Daimler and Ford together in their Automotive Fuel Cell Cooperation (AFCC) joint venture, located in Vancouver, Canada.

The lithium-ion battery pack will be produced and supplied by Daimler subsidiary Deutsche Accumotive in Germany.

Daimler has been working on fuel cell technology for almost 20 years, first on its own and then since 2013 with partners Ford and Nissan.