The all-electric range of every type of plug-in car has risen since their introduction in 2011, and will continue to increase with further boosts in battery energy density.

This means that not only electric cars will get longer ranges, but so will plug-in hybrids.

The latest maker to join the parade of increased electric-range announcements is Ford, for the 2017 model of its Fusion Energi plug-in hybrid mid-size sedan.

Typical of Ford's lowkey approach to cars with plugs, the press release on the 2017 Ford Fusion Energi buried the all-electric range boost in the sixth paragraph.

The plug-in hybrid Fusion's total electric range is 22 miles, with 21 miles of that delivered continuously on the EPA's test cycles.

That compares to last year's 20 and 19 miles, respectively. The full stats for the two cars can be compared on the EPA's FuelEconomy.gov website. 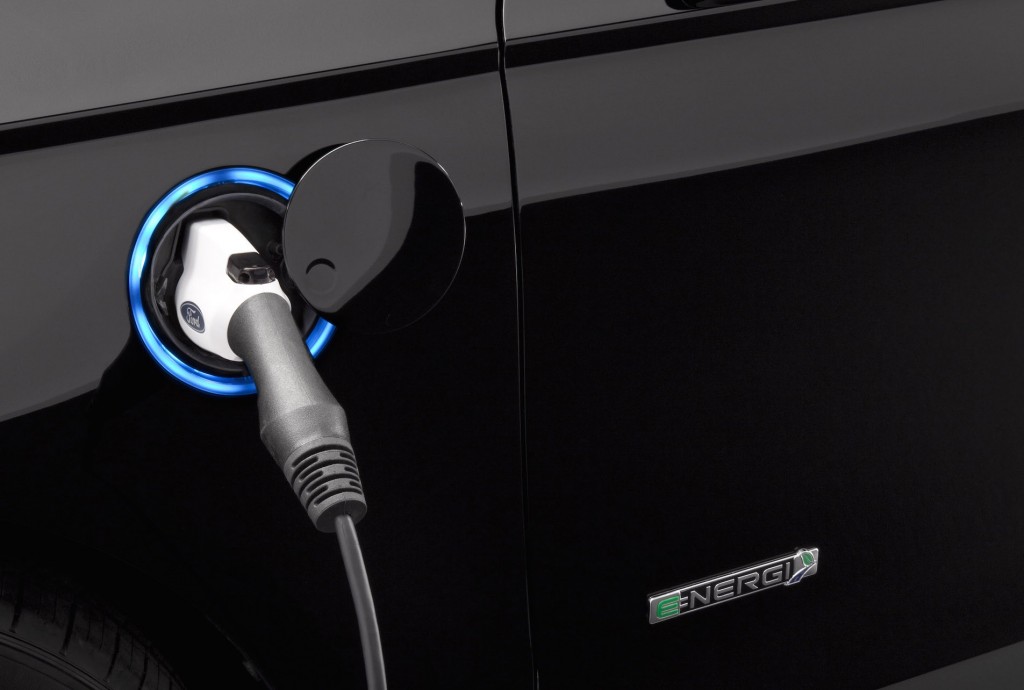 Rather than highlight the electric range, Ford's headline touted the car's combined gasoline and electric range, which has risen to 610 miles from last year's 550 miles.

(We don't personally know anyone who can drive more than 600 miles without stopping, but clearly visiting the gas station less often is a good thing.)

To Ford's credit, however, its publicity highlights the results of a Harris Poll that shows the car-buying public to be woefully uninformed about the potential range of plug-in hybrid cars.

A March poll of more than 1,000 adults showed that the distance attributed to the longest-range plug-in hybrid model on sale was a mere 261 miles.

That's less than half the 2017 Fusion Energi's combined range, and in fact lower than the range of some Tesla all-electric luxury cars.

It's also lower than the 420 miles of the 2017 Chevrolet Volt, which offers 53 miles of all-electric range and a further 367 miles on gasoline. 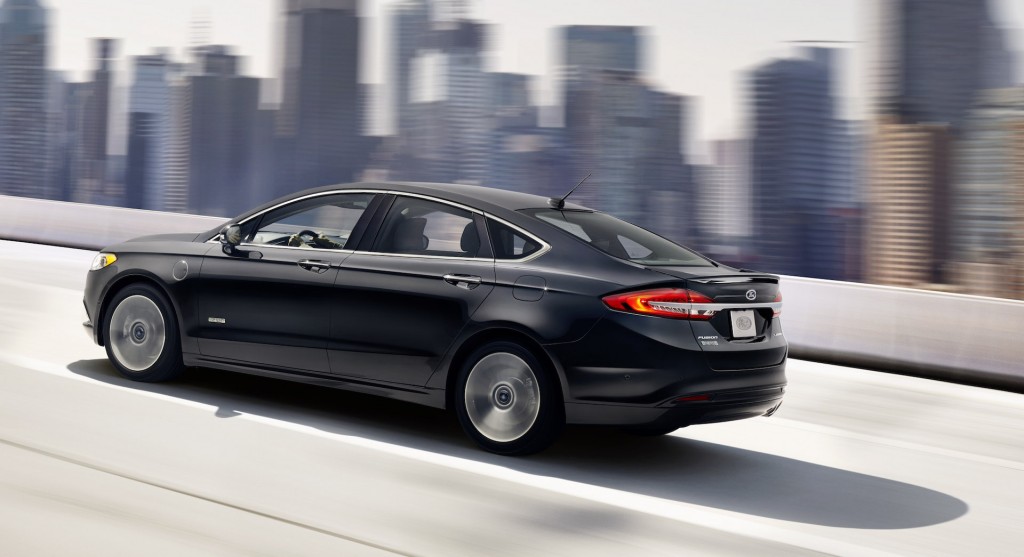 Along with more electric and total range, the 2017 Fusion Energi's energy efficiency ratings rise as well.

It is now rated at 42 mpg combined when operating as a hybrid, once battery energy has been depleted, and 97 MPGe when running entirely on electricity.

CHECK OUT: Ford Cuts Gas Mileage On 6 Models: What You Need To Know

(Miles Per Gallon Equivalent, or MPGe, measures the distance a car can travel electrically on the same amount of energy as that in 1 gallon of gasoline.)

When it was launched, the 2014 Ford Fusion Energi was originally rated at 43 mpg combined and 100 MPGe.

But Ford was forced by the EPA to reduce those ratings in June 2014, along with the figures for five other models, after it discovered errors in its testing procedures. 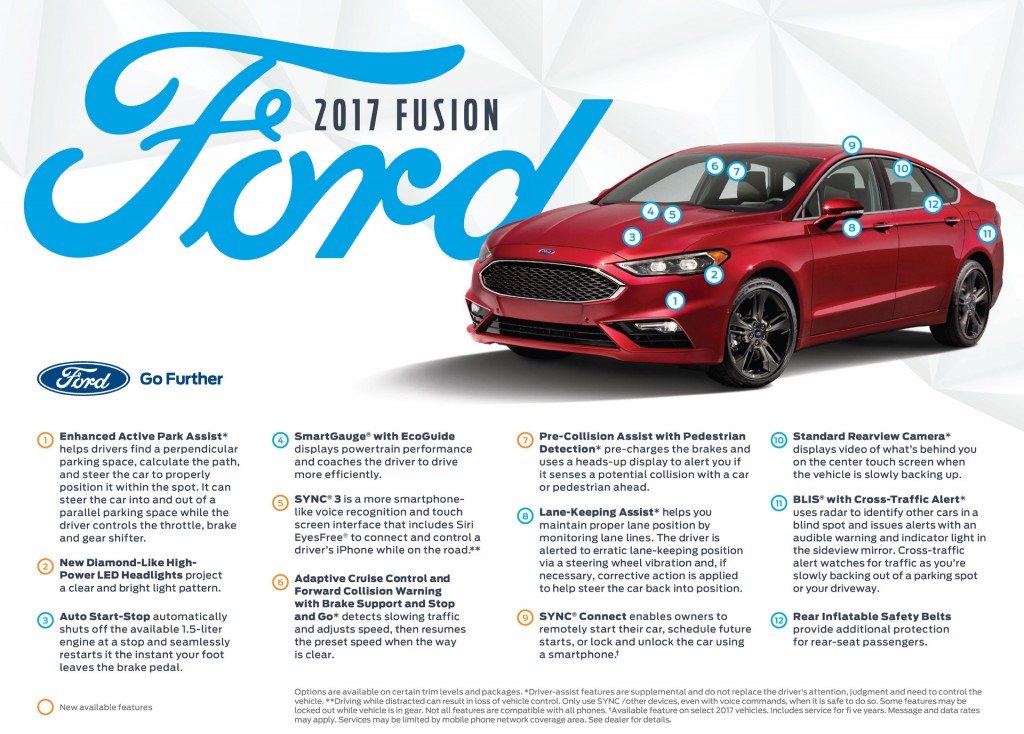 It said nothing about changes to the Panasonic lithium-ion battery cells used in the Energi's 7.6-kilowatt-hour battery pack, so we presume the cells remain the same.

It also says the new software gives the Fusion Energi and its conventional Fusion Hybrid sibling what it calls "a more refined and engaging drive experience" that's more natural to the majority of drivers.

The 2017 Ford Fusion Energi competes with plug-in hybrid versions of the Hyundai Sonata and Kia Optima, and the Chevrolet Volt, a smaller car that's a five-door hatchback.

Its main competition, however, may be the upcoming 2017 Toyota Prius Prime, which will offer 22 miles of electric range and is also a five-door hatchback. 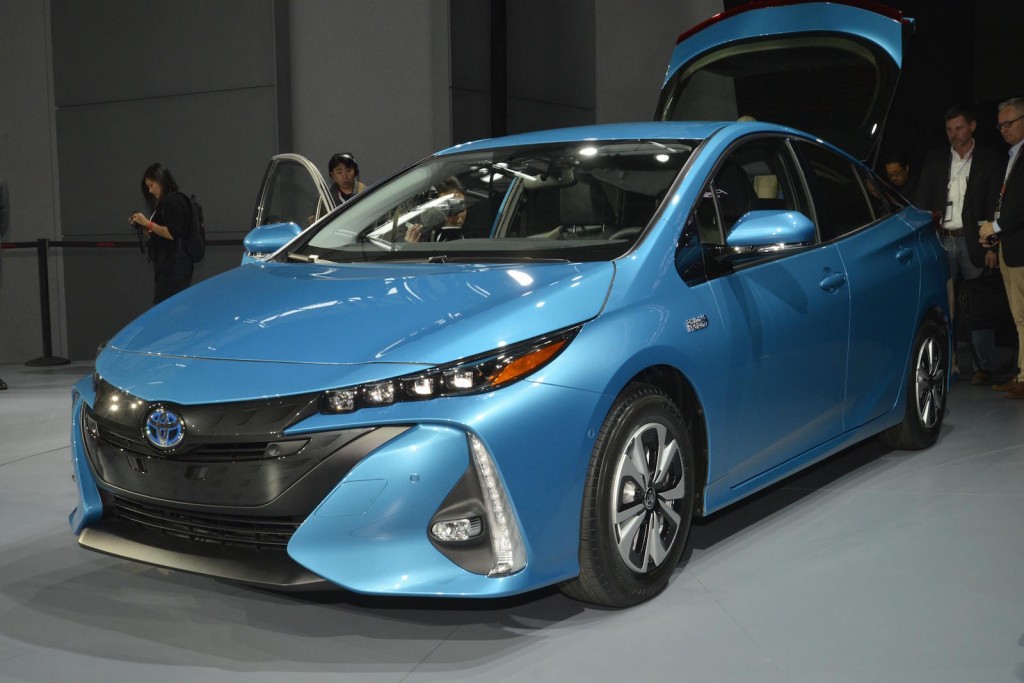 The 2017 Fusion Energi will go on sale later this year; the 2017 Volt is already on sale; and the Prius Prime will arrive late this summer.

The plug-in Fusion Energi SE starts at $31,995, with the Platinum Energi having the highest price in the lineup, at $39,995. Both prices include a mandatory $875 delivery fee.

EDITOR'S NOTE: An earlier version of this article had incorrect prices carried over from an earlier model year. We have corrected the errors.