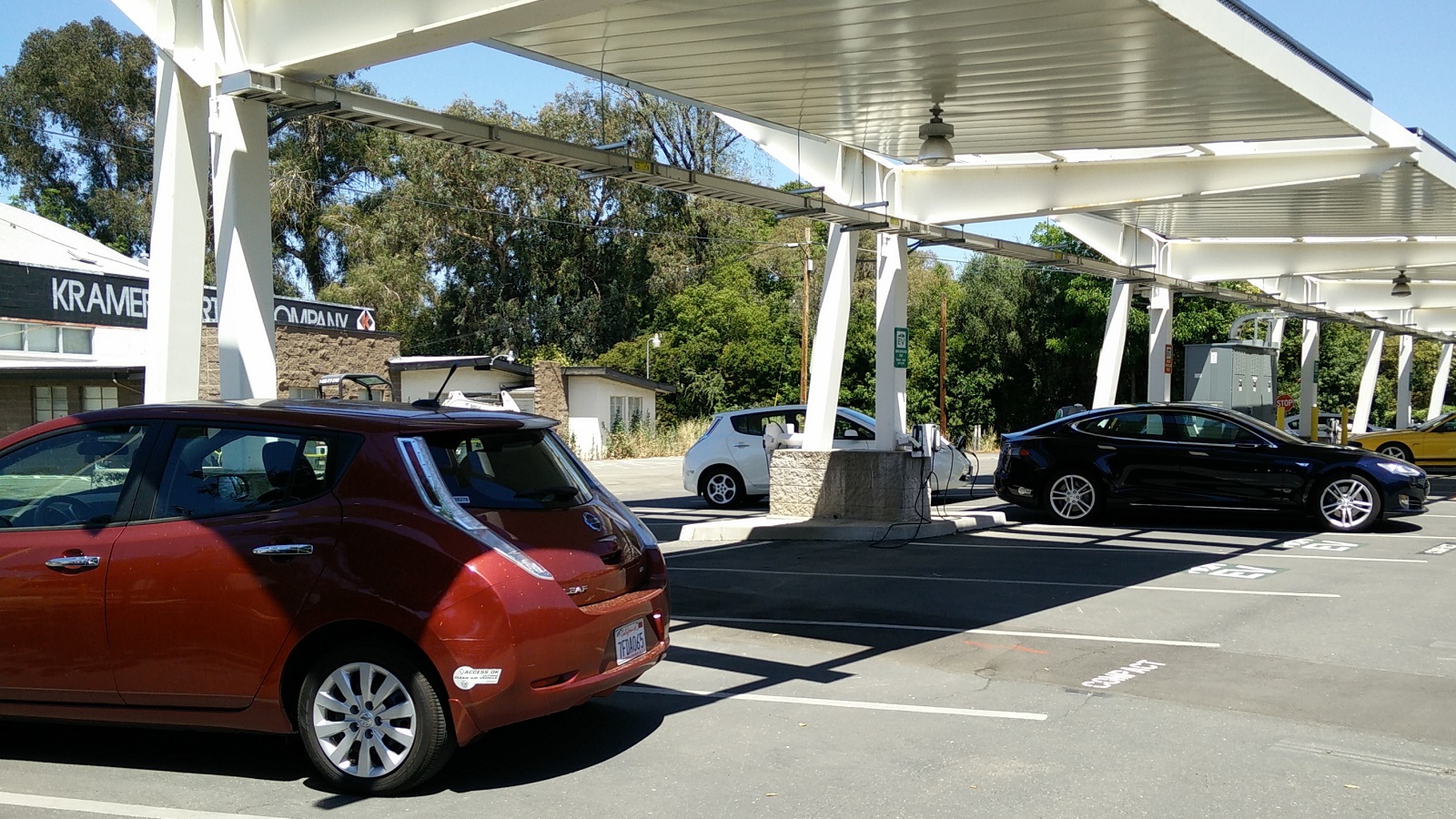 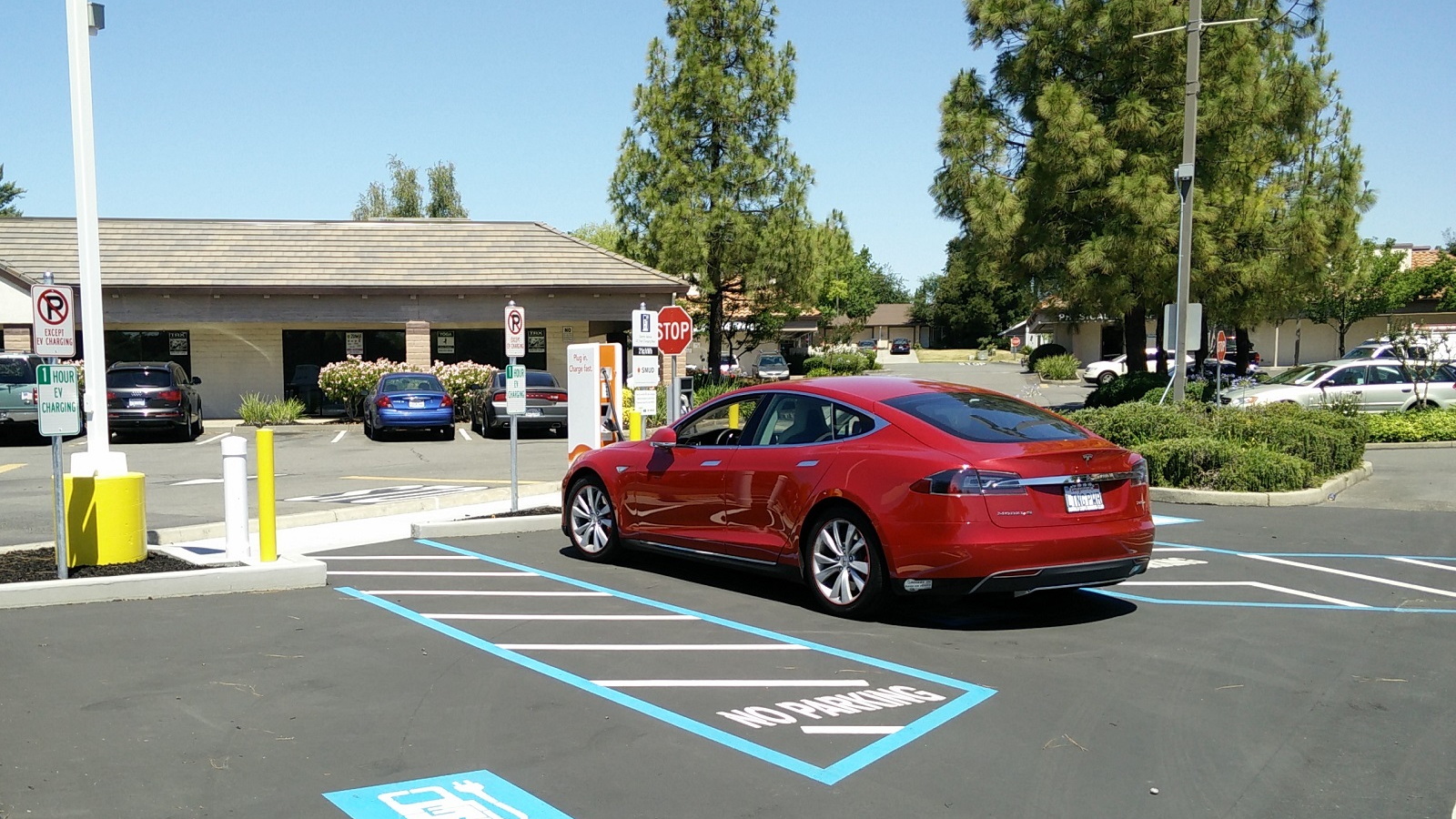 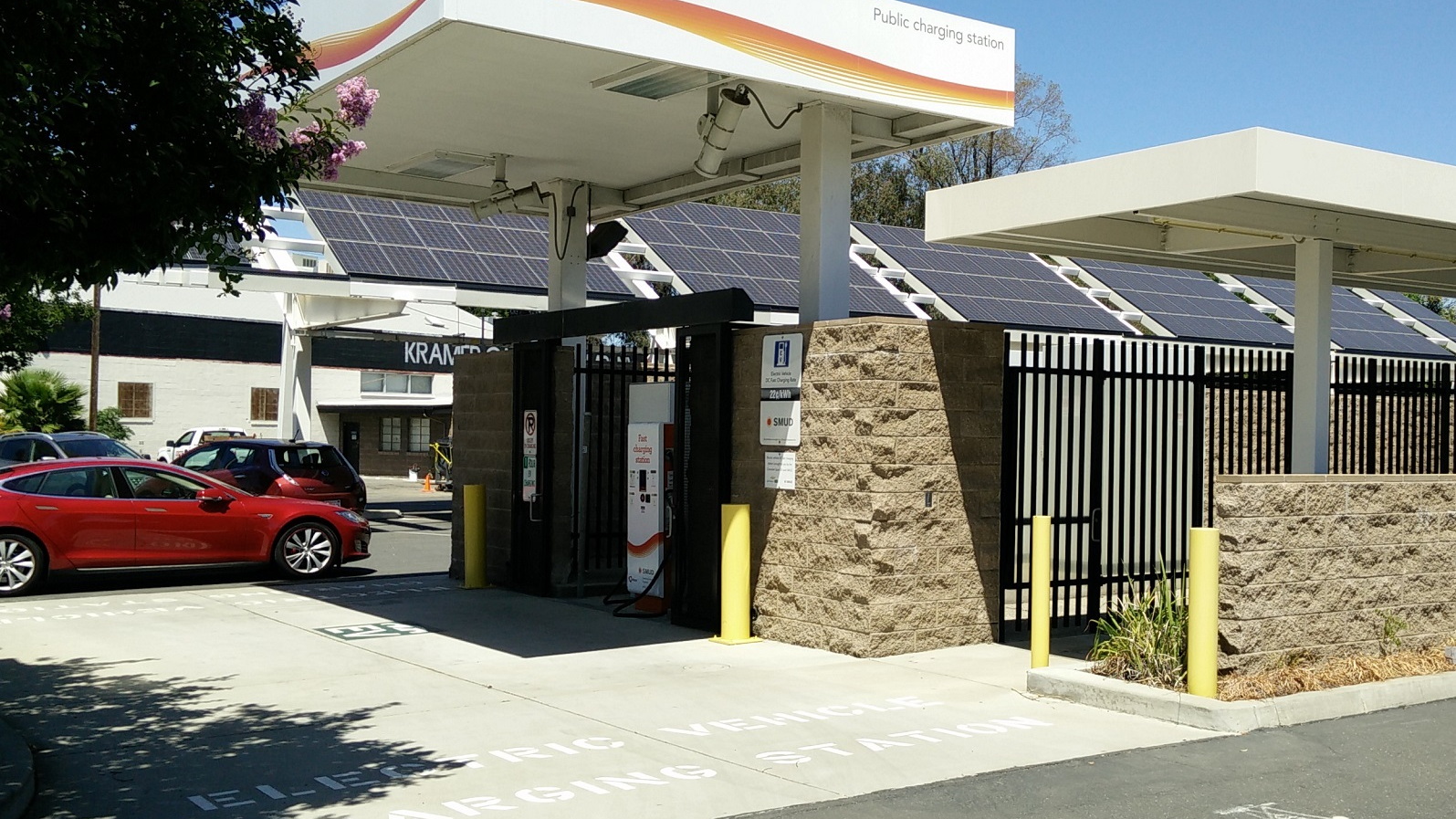 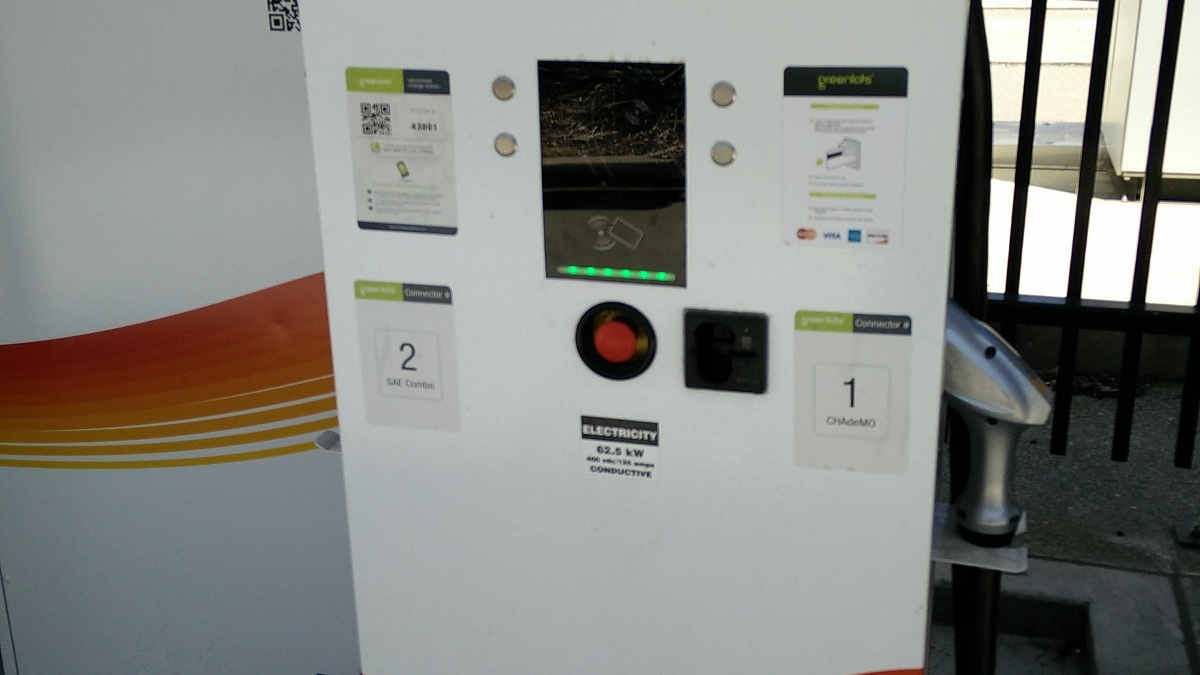 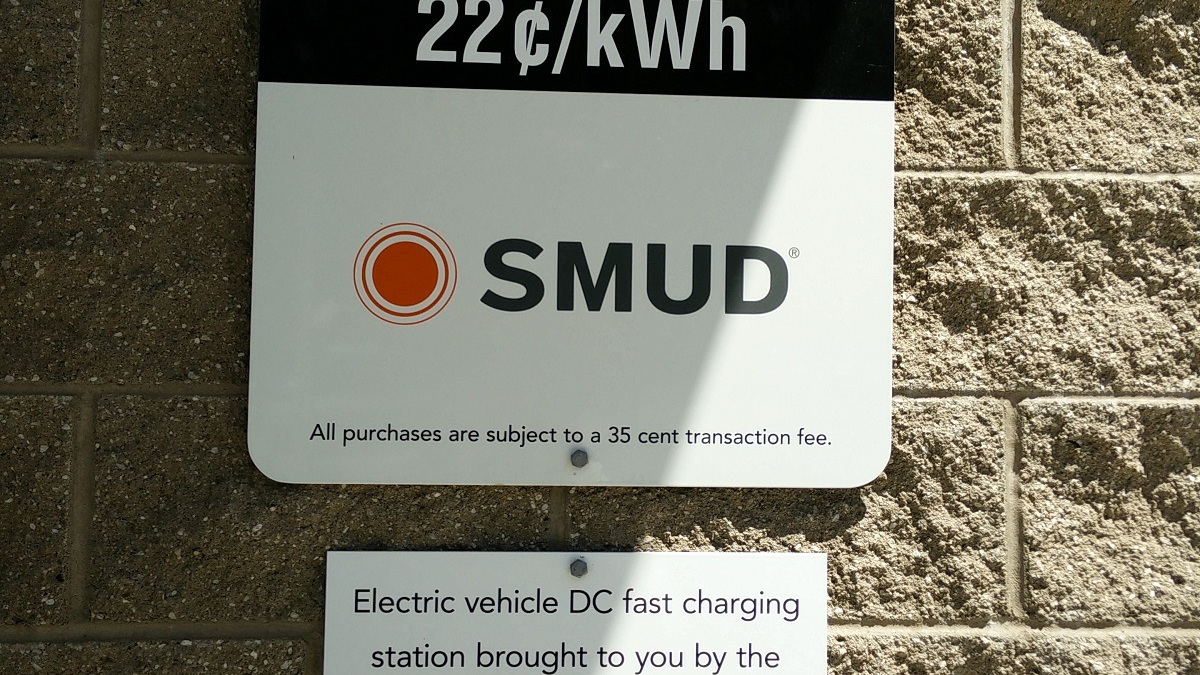 While fast charging for electric cars is still nonexistent--or just starting to roll out--across much of the country, California leads the way.

And the state capital of Sacramento now has such stations installed both by private vendors and the local public utility, Sacramento Metropolitan Utility District (SMUD).

That makes the city one of the first in the U.S. to be served by multiple suppliers for DC quick charging stations.

As of early June 2015, there are now 14 DC fast charger locations within 25 miles of downtown Sacramento.

In effect, the region's electric-car drivers will be participating in a real-life market test to determine if the price of fast-charging makes a significant difference.

Cars capable of using DC fast charging include the original 2011 Nissan Leaf, which offered an optional CHAdeMO port--as did the 2012 Mitsubishi i-MiEV. The later Kia Soul EV also uses this standard as well.

For 2015, there is now a second and incompatible DC fast-charging option, known as Combined Charging System, or CCS.

Cars equipped with CCS charging on sale today include the BMW i3, Chevrolet Spark EV, and Volkswagen e-Golf. Future entries from those makers, as well as Ford, General Motors, and Daimler will also likely include this capability.

As for Tesla, its higher-power Supercharger system is incompatible with both CHAdeMO and CCS, but a CHAdeMO converter cable is available to Model S owners.

The first DC fast charger in the Sacramento region was opened in late 2010 by Pacific Gas and Electric. But it was quickly disabled for public use, and is only now being brought back on line for the vital San Francisco-to-Sacramento commute corridor.

Still, around the sprawling Sacramento region, only in recent months has a viable network of DC fast chargers become available.

Nissan Dealers have brought DC fast chargers online along both Interstate 80 and the Highway 50 Corridor from Davis, 20 miles west of Sacramento. Other feeder routes and regional trunk roads also offer fast charging en route to suburbs in the foothills.

SMUD opened its first dual-format DC fast charger near its main offices, off Highway 50 close to the central city itself, about 3 months ago.

Last week it opened the second of several more planned for the region, this one along Interstate 80 about 15 miles northeast of the city center.

"SMUD will be installing five more DC fast chargers in the metropolitan area," according to Ralph Troute, Electric Vehicle Project Manager for SMUD.

"One will be at the airport, one at the train station, and one at each of three major Sacramento area food stores--including two in the southern part of the county."

The dual-format DC charging sites installed by SMUD have two cables, one for CHAdeMO and one for CCS.

That's a format that is likely to become the preferred standard for many new DC fast-charging installations henceforth.

SMUD's more central DC charger near its headquarters was used 224 times in the month of May, the utility's data shows, and the I-80 corridor location was used 55 times in its first month of activity.

The current design of these DC fast charging locations also includes 240-Volt Level 2 charging as well, and that system is seeing frequent use as well.

While many Level 2 chargers throughout the region are free to users, current fast-charging installations are charged on a fee-per-kilowatt-hour basis.

SMUD charges $0.22 per kWh for both its DC fast-charging and its Level 2 connectors.

A Nissan Leaf with little battery range left that quick-charged to 80 percent of capacity might use 15 kWh, at a cost of $3.30.

SMUD's approach is to "charge only the actual delivery costs for the power provided," Troute said.

"As a public utility, SMUD only returns what its service actually costs," he continued, "and does not make the normal profit required by independent providers in this market."

Meanwhile, NRG says it has eight DC quick-charging locations in its EVgo network. One of those eight is a "Freedom Station" that provides charging cables for both CHAdeMO and CCS vehicles.

Subscribers to the EVgo network in the Sacramento area can choose from three membership plans, all of which levy different charges depending on usage.

The "Level 2" plan, intended for plug-in hybrids, and the "Flex" plan for occasional charging both charge $4.95 per quick-charging session plus $0.20 per minute. The Level 2 plan also has a monthly fee of $5.95, regardless of charging.

NRG markets its EVgo "On The Go Total" plan as the best value for quick-charging users. The monthly charge is $14.95, and quick-charging is $0.10 per minute.

Assuming 10 public charging sessions of all types per month and 30 minutes spent to recharge to a largely depleted Nissan Leaf battery to 80 percent capacity, a 15-kWh recharge would work out to $4.50, or $0.30 per kWh. More frequent use would reduce the hourly cost slightly.

(Nissan Leaf drivers enrolled in the company's "No Charge to Charge" marketing incentive program do not pay for use of the EVgo stations, noted Jeremy Desel, marketing director for NRG EV Services.)

It is possible that the usage fee for non-members to use an NRG EVgo station could be as high as $0.55 per kWh, Desel said. At that rate, the same 15-kWh Leaf recharge would run to $8.25.

There has been much discussion in electric-car circles about whether public charging stations can be supported by a viable business model.

Many have concluded that the costs of installing and supporting Level 2 charging may largely be absorbed as a marketing expense by businesses seeking to attract customers, or civic and municipal entities providing such services for a greater public good.

But fast charging may yet hold out promise of supporting itself--and now Sacramento's electric-car drivers will be helping to answer that question.

Here's the challenge, though: At the highest price for fast charging, that 15 kWh would likely give the Leaf driver another 50 to 60 miles for her $8.25.

That's roughly the same price as 50 miles in a 25-mpg gasoline car filled with $4-per-gallon gas.

SMUD's charging units were provided by grants from Chevrolet's Spark EV program along with other government funds allocated to promote reduced emissions in the Sacramento region.

[EDITOR'S NOTE: An early version of this article incorrect described the NRG EVgo DC fast chargers in the Sacramento region as "future," whereas there are now eight in operation. It also incorrectly characterized the fees paid by users. Green Car Reports has corrected the article; we regret the errors.]