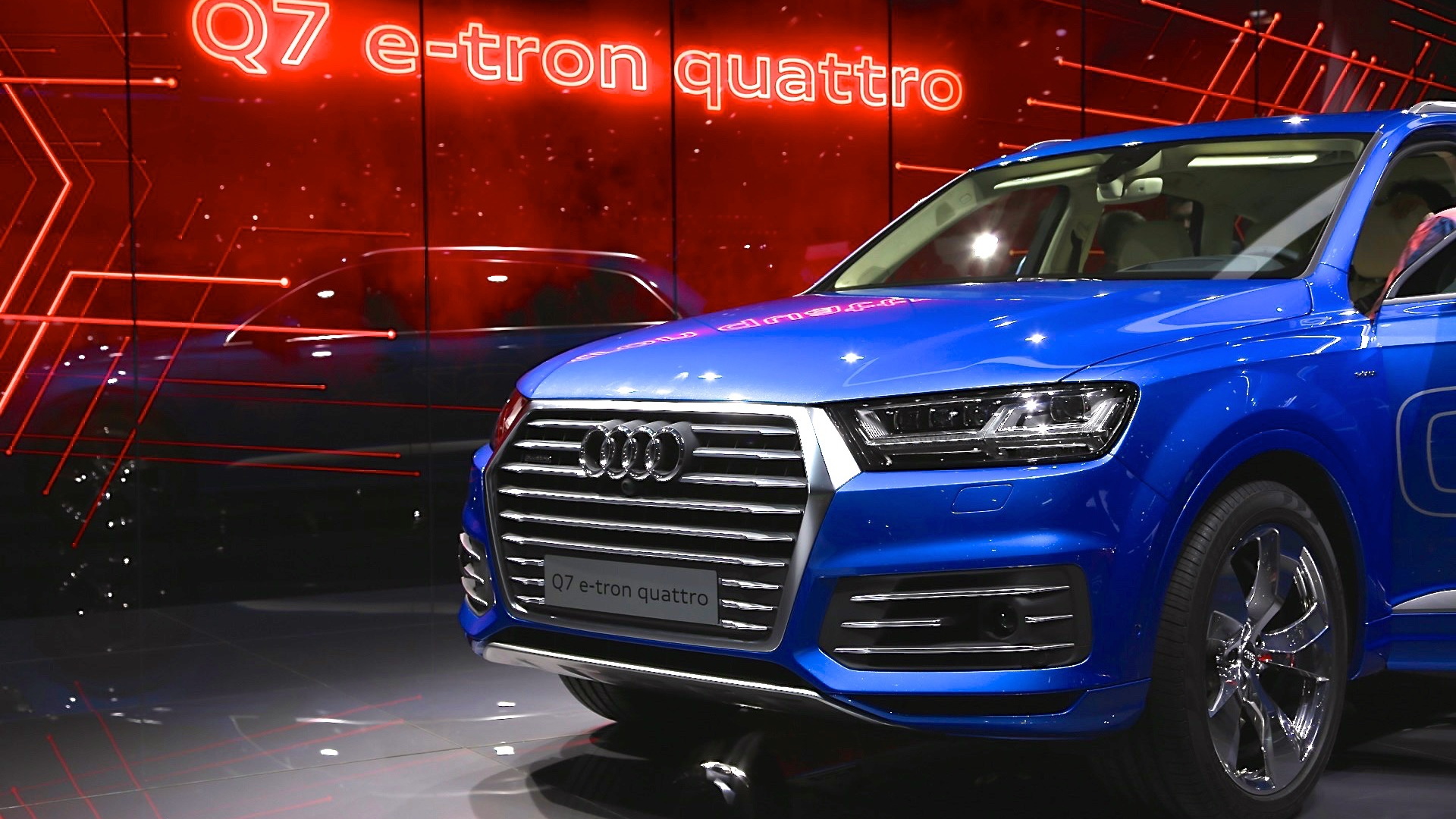 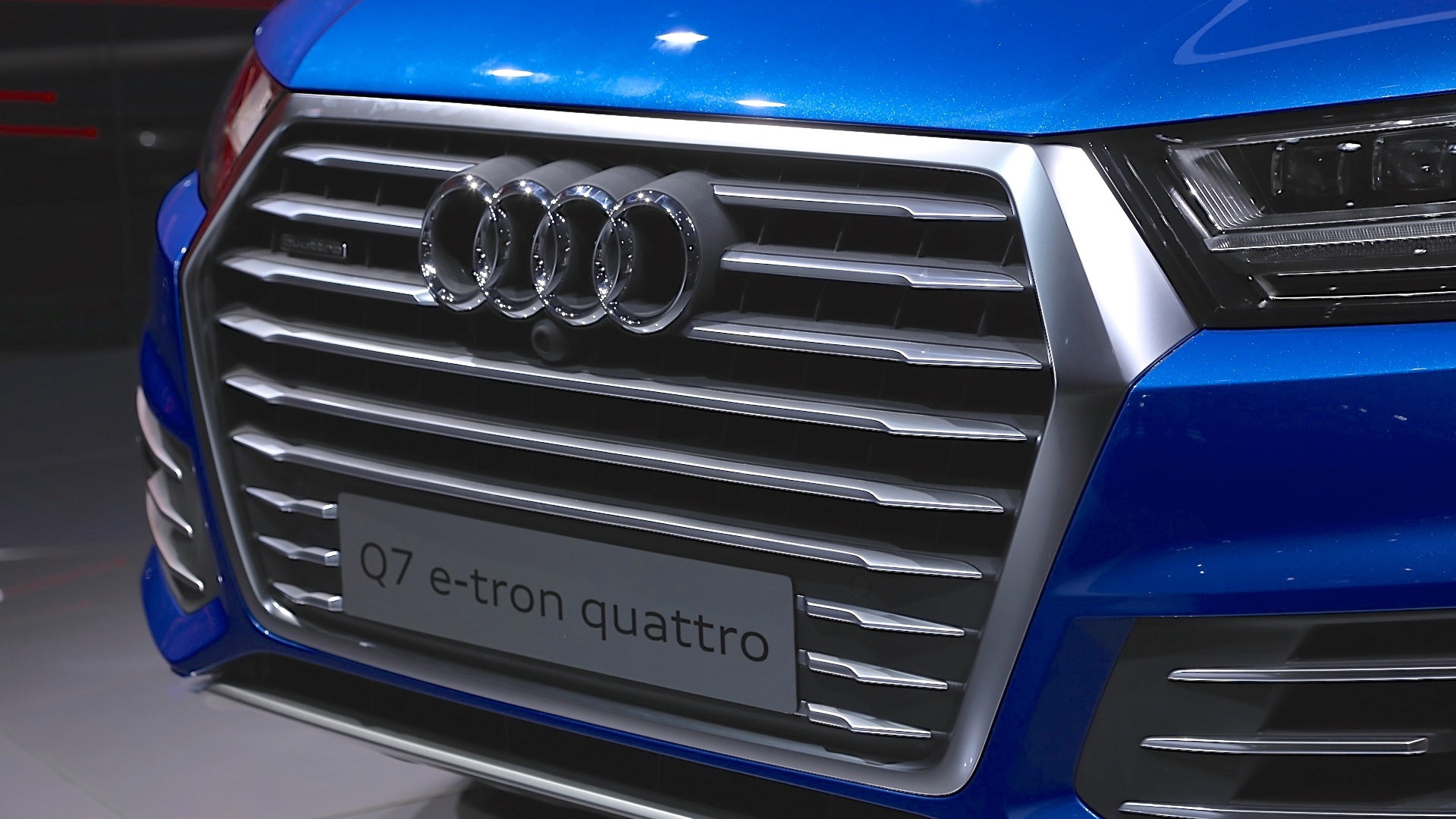 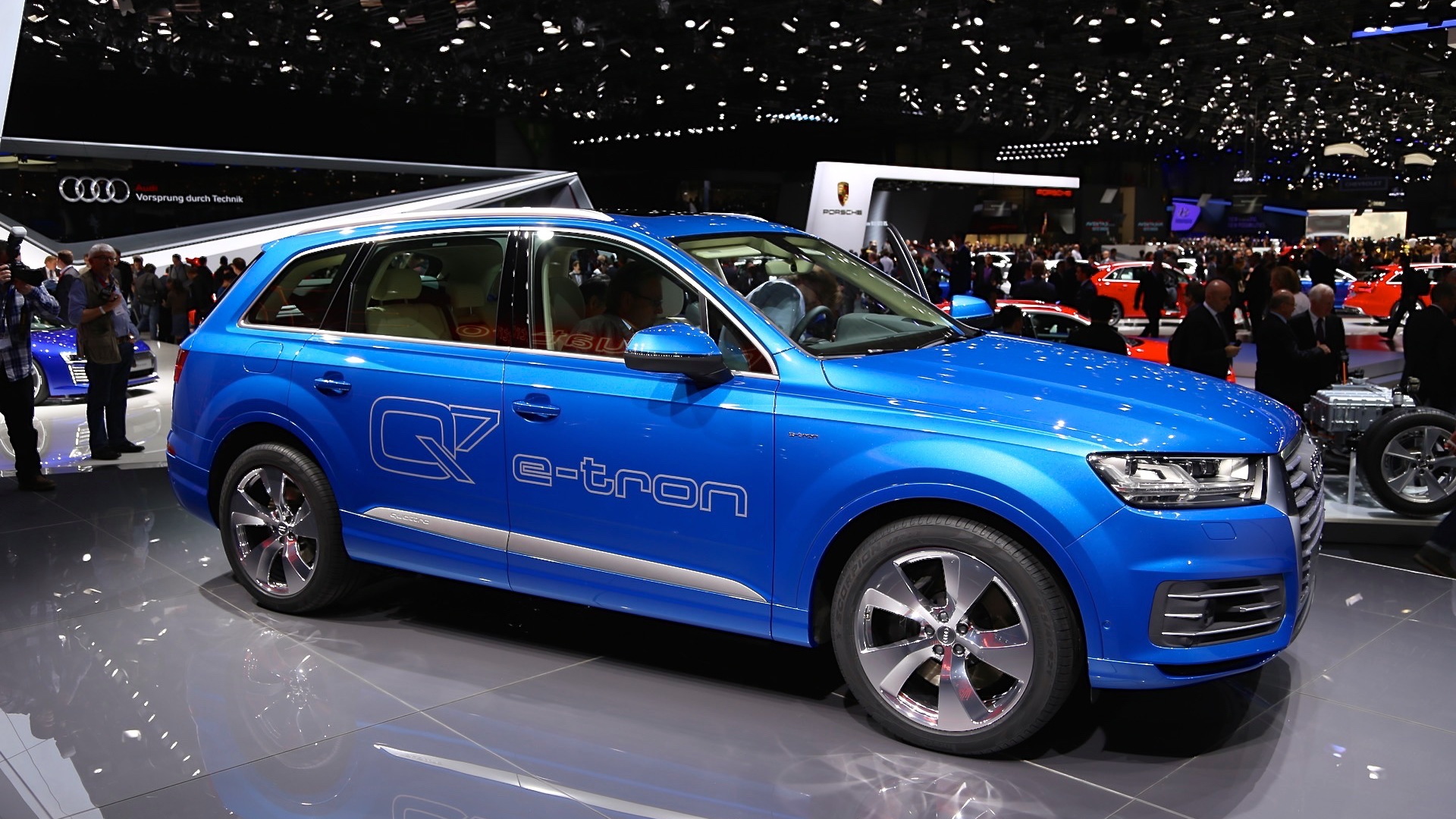 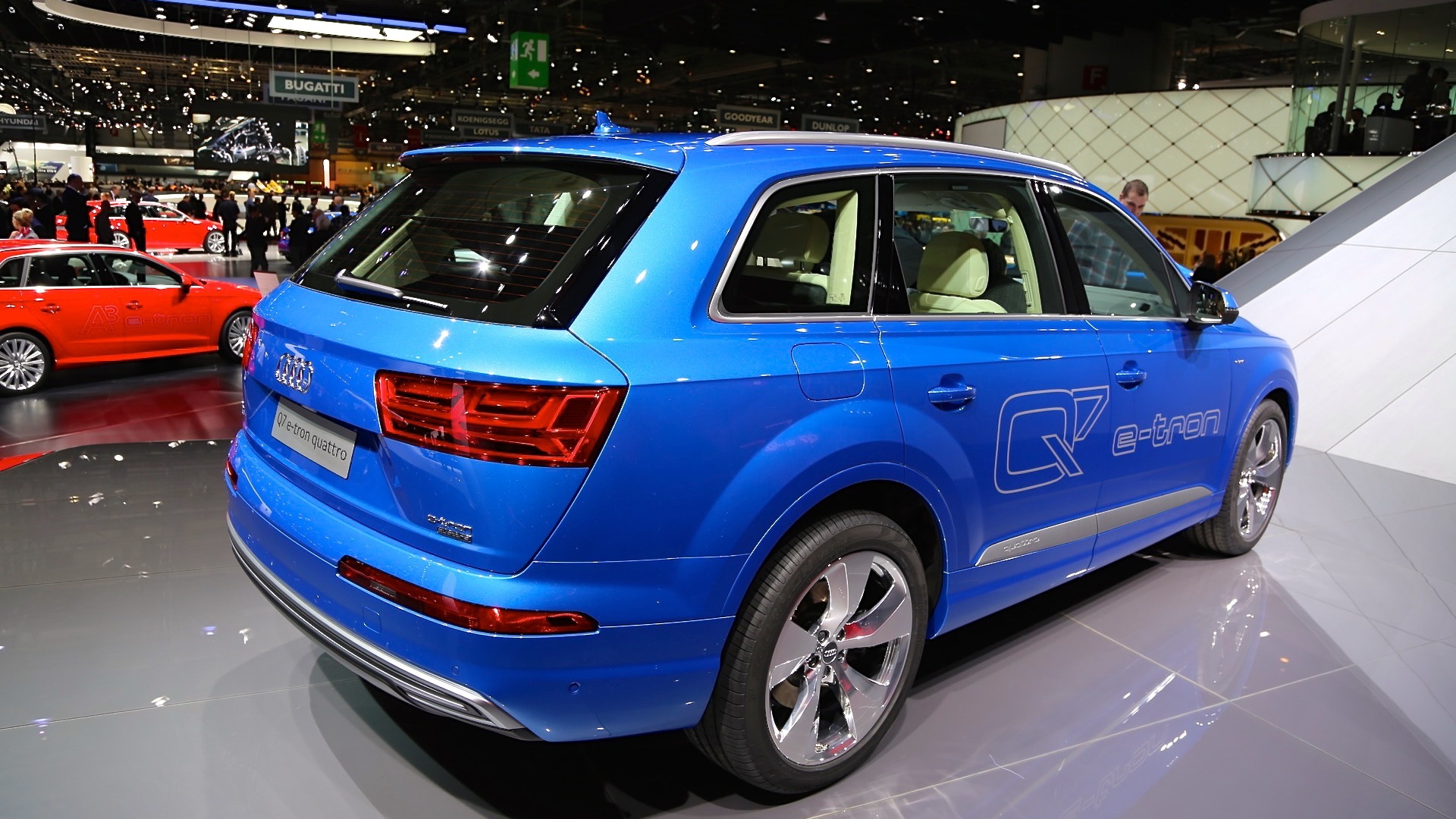 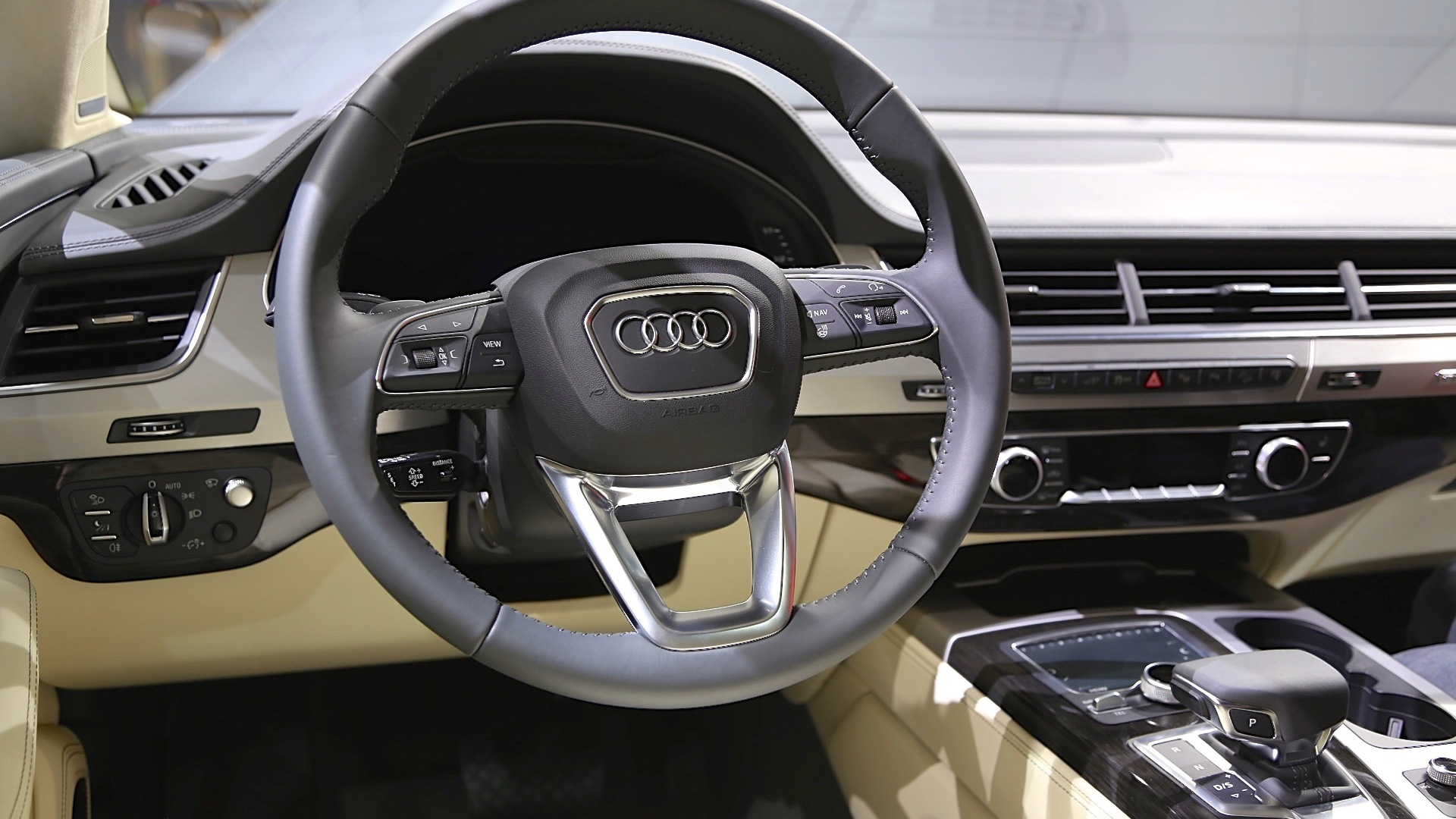 The car's reveal followed last month's release of the first photos, details, and specifications of the all-new 2017 Audi Q7 line.

DON'T MISS: Audi To Add Plug-In Hybrid Models Of Next A6, A8 Sedans, Q7 SUV

Volvo has offered a diesel plug-in hybrid model of its V60 wagon in Europe for a couple of years now, but it uses a 215-horsepower 2.4-liter five-cylinder diesel engine, plus an electric motor on the rear axle that provides all-wheel drive.

Overall, the new Q7 has dropped a whopping 700-plus pounds (325 kg) due to the mixed materials used in its MLB-Evo underlying architecture.

That's the version of Volkswagen Group's large-car underpinnings that will be used for multiple models from Audi, Bentley, and Porsche. It's designed around a longitudinal engine, unlike the MQB architecture for smaller cars, which is based on a transverse engine.

The base engine for the 2017 Audi Q7 will be a 252-hp 2.0-liter turbocharge four-cylinder engine, a significantly downsized powerplant compared to the 3.0-liter V-6 base engine in the current Q7 sold in North America.

Audi claims an average reduction in fuel consumption of 26 percent across the entire Q7 range, in a vehicle that's smaller in exterior dimensions but has greater interior volume for both passengers and cargo.

The Audi Q7 e-tron quattro will be launched in initial markets shortly after the rest of the new 2017 Q7 range goes on sale.

Its 258-hp 3.0-liter V-6 diesel engine and 94-kilowatt electric motor (which is integrated into the eight-speed automatic transmission) have a combined output of 373 hp, and produce 516 lb-ft of torque.

Audi says the all-electric range from its 17.3-kilowatt-hour lithium-ion battery pack is 35 miles (56 km), but that's on the gentle NEDC European test cycle. A comparable U.S. figure might be closer to 20 to 25 miles.

Audi notes that the Q7 e-tron quattro claims another world first: It's the first plug-in hybrid vehicle fitted with a heat pump as standard, substantially reducing the energy required to heat and cool the passenger cabin.

As with most plug-in electric vehicles, owners can pre-condition the cabin to heat or cool itself while the car remains plugged in, via a smartphone app.