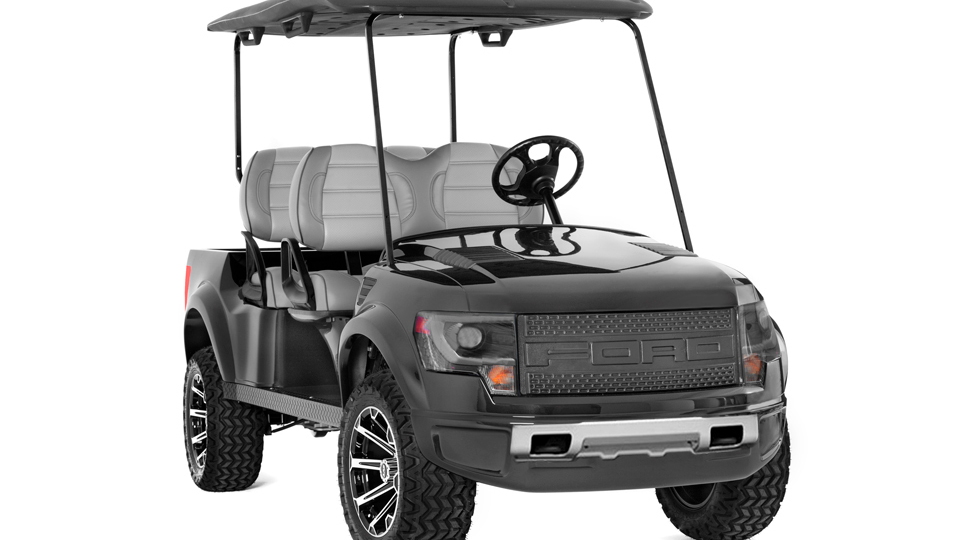 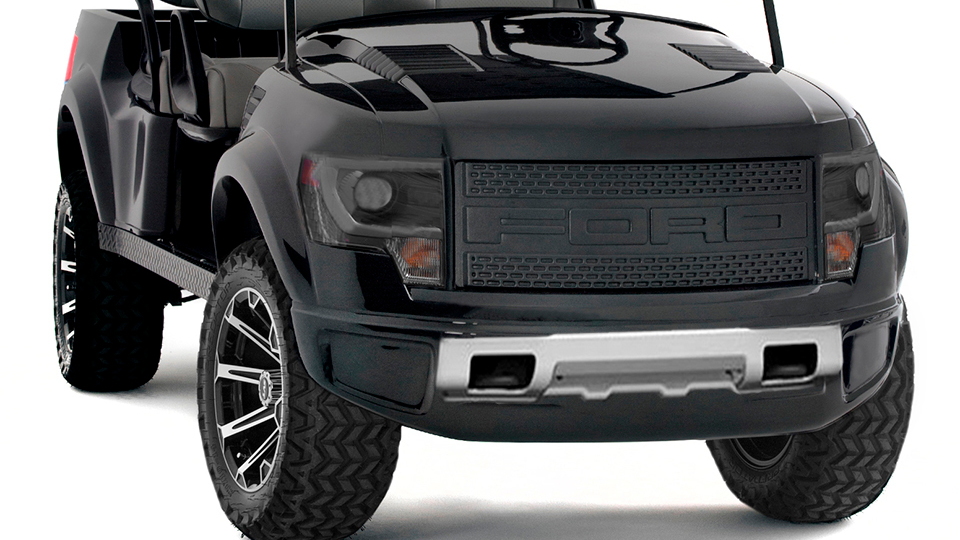 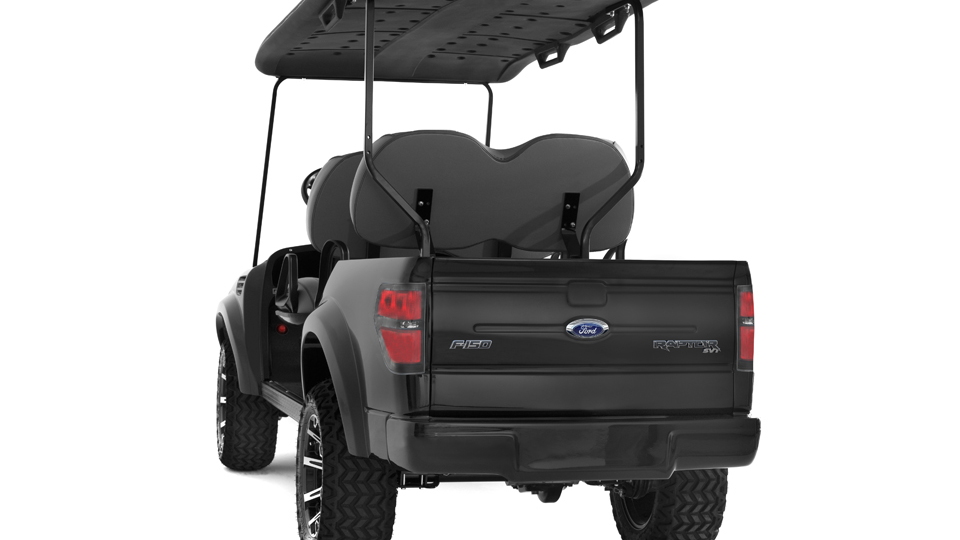 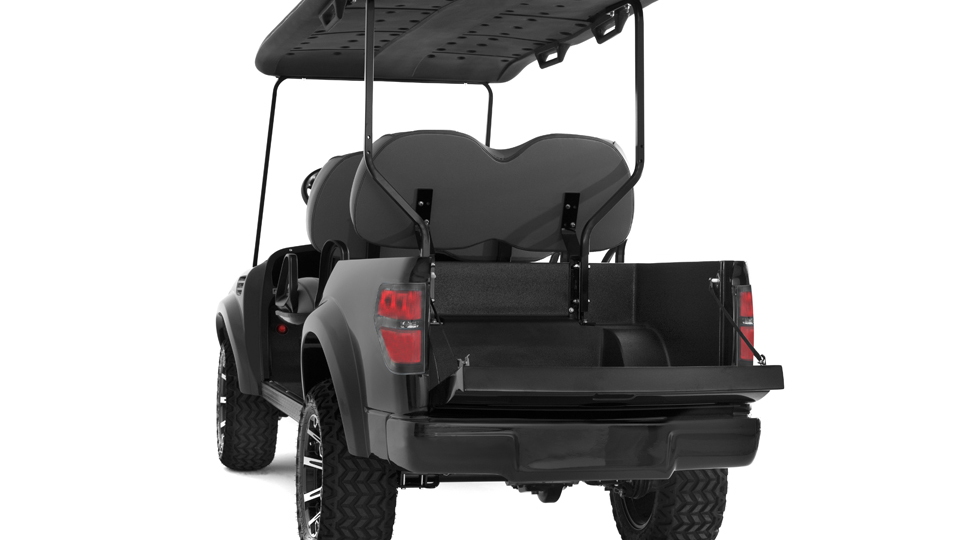 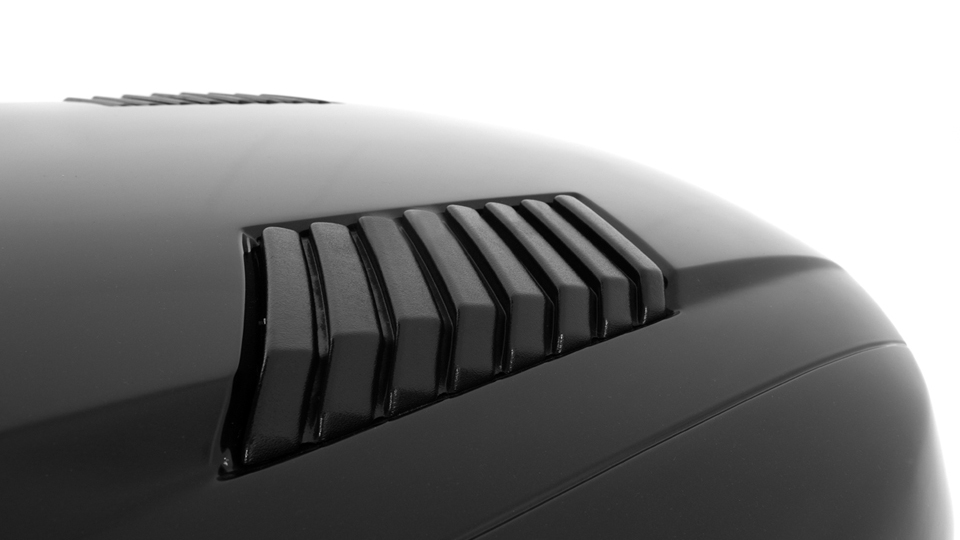 It's a souped up version of the outgoing version of the Ford full-size truck, created solely to cover tough terrain at the fastest speeds possible (and give some street cred to its driver, too).

Now, though, there's an all-electric version. Sort of.

And this week, Ford let the company display the electric Raptor in its booth at the annual SEMA aftermarket trade show in Las Vegas. 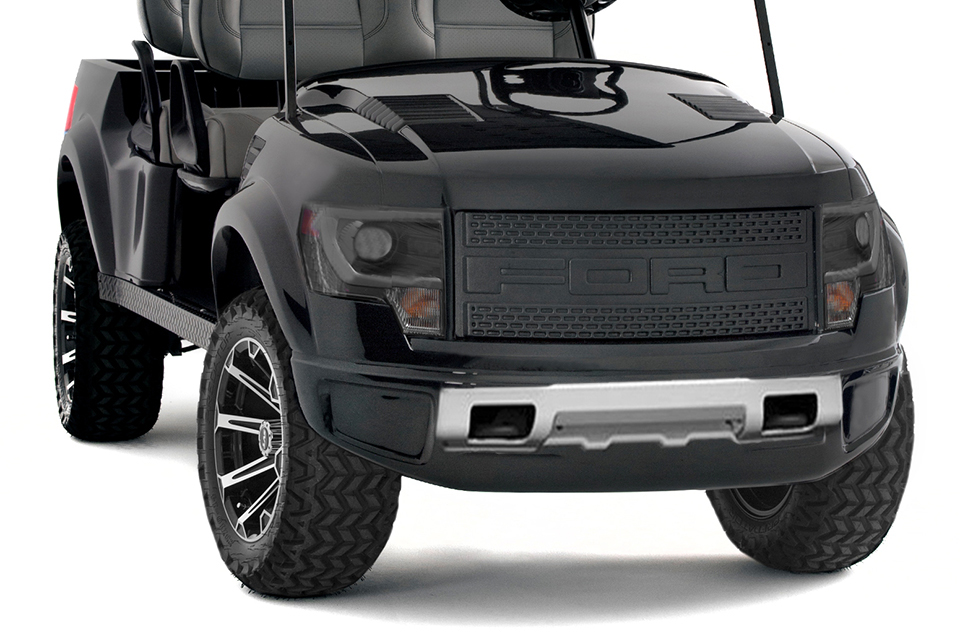 As with its other offerings, the Raptor features a scaled-down version of the full-size truck's styling, including a tailgate.

Passengers get somewhat less shoulder room than they would in a big pickup, though.

It may not be as roomy as a real Raptor, but the ATV does mirror some of its off-road ability.

It features a "lifted" chassis, front and rear leaf-spring suspension with hydraulic shocks, and 14-inch wheels with chunky off-road-style tires.

Its 48-volt motor can propel the electric Raptor from a standstill to its top speed of 25 mph in 2.9 seconds, Caddyshack told Bold Ride.

Range is estimated at 30 miles. 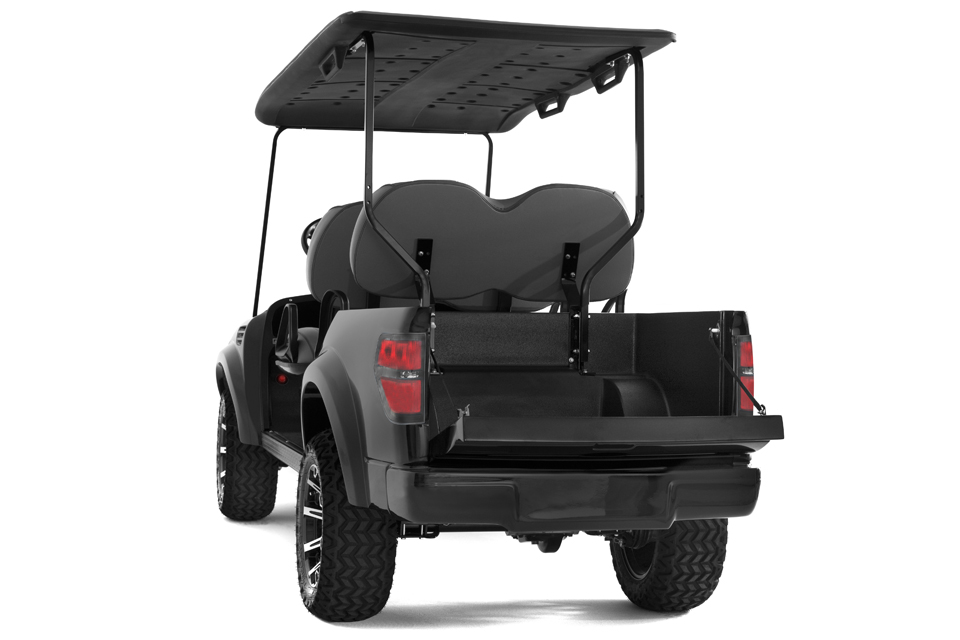 All of that comes at a starting price of $25,000--considerably less than what a full-size Ford F-150 SVT Raptor cost.

Not that you can buy a new Raptor today; the model was discontinued (perhaps temporarily) with the launch of the redesigned, aluminum-bodied 2015 F-150.

However, the electric Raptor still costs about $2,000 more than the base price of a 2014 Mitsubishi i-MiEV electric car.

At least you can drive that electric car on all public roads.