Some home owners use home solar-power systems to charge their cars, cutting their transportation-related emissions to negligible levels.

However, home solar charging really hasn't entered the mainstream yet, with photovoltaic solar installations costing as much as $25,000 and local incentives inconsistent to nonexistent.

The EV ARC's main perk is ease of installation, according to a recent report from Wired. There's no need to connect power lines to the grid, or dig a foundation.

However, it's not exactly compact. 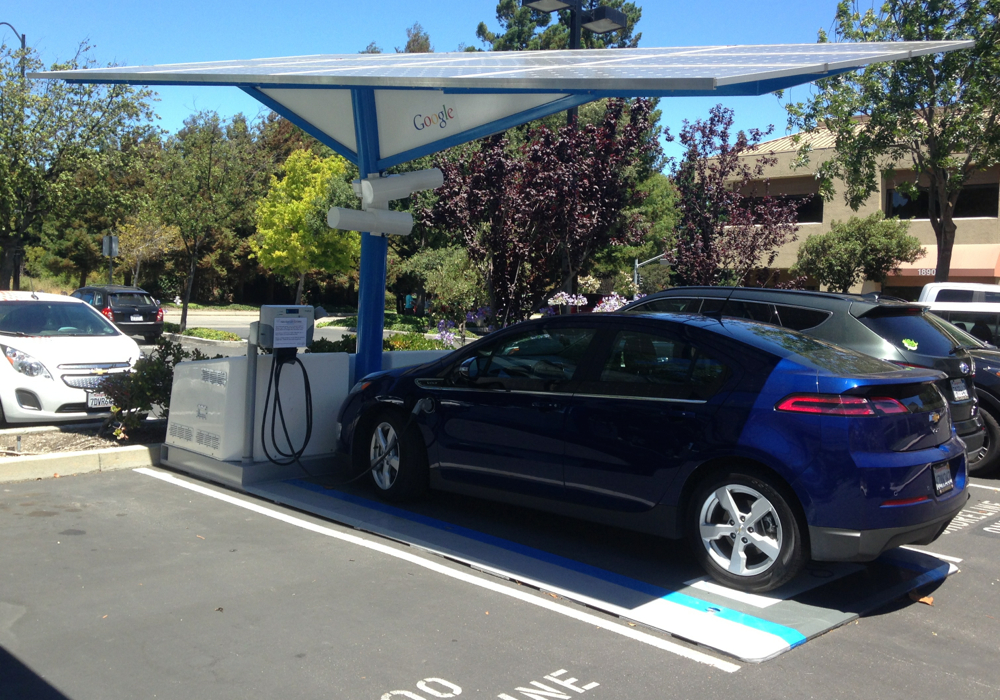 The entire apparatus consists of solar-array canopy, battery pack, and a steel base plate weighing a substantial 11,000 pounds.

That large chunk of metal is used as ballast--Envision claims an EV ARC station can withstand winds up to 120 mph--and to keep everything level on uneven ground. It's covered in anti-skid material, so cars can drive onto it.

Despite its bulk, Envision says an EV ARC station can be lowered off a truck and be ready to go in about five minutes.

The EV ARC fits in a 16-by-9 foot parking space, and its solar canopy has electric motors that can tilt it up to 15 degrees in three directions, compensating somewhat for its horizontal position (unlike angled solar panels mounted on roofs).

The lithium-ion battery pack's capacity of 22.5 kilowatt-hours also means the EV ARC won't be able to recharge most electric cars fully without continuous sunlight--and even then perhaps not that quickly. 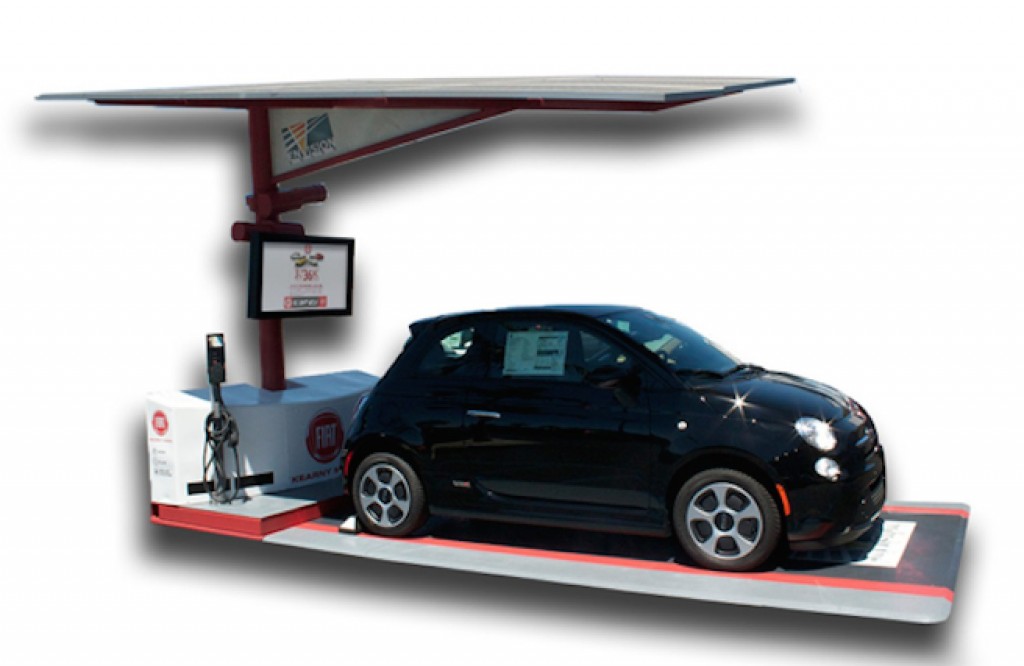 Rather, Envision says the EV ARC is more for "topping off" a car, giving the driver enough power to return home and fully recharge.

It may be best suited to "charging at work" applications; imagine a row of them in a corporate parking lot, for instance.

That flexibility comes at a steep price, though. The EV ARC starts at $40,000, and buyers in less-sunny regions can specify higher-performance solar cells for $55,000. It's also available for lease at $700 per month.

Envision claims tax breaks and other incentives can lower the price by up to 40 percent, and buyers can also install screens to display ads to help offset the cost.

Some businesses might find this concept attractive, but for individual electric-car owners, the best bet for access to solar power still appears to be a home-installed array with reverse metering and grid backup.