Jaguars haven't exactly been known for good fuel economy, but that could change with the British carmaker's newest and smallest sedan.

The upcoming 2016 Jaguar XE could set new standards for fuel efficiency in the compact-luxury sedan class, thanks to a lineup of new engines and a body structure made mostly from aluminum.

Set to be unveiled in London September 8, the XE's body structure is 75 percent aluminum, which Jaguar says is the highest percentage in its class.

Jaguar is no stranger to aluminum construction. The XE will actually represent the fifth generation of vehicle structures built using the automaker's bonded-and-riveted aluminum technology, according to WardsAuto.

So far, aluminum has been used primarily for low-volume models like the full-size XJ and the F-Type sports car. With its lower price point, the XE will be a much higher-volume application for the lightweight material.

That material will also be fairly kind to the environment. Jaguar will use an aluminum alloy called RC 5754, which features a high level of recycled materials. Jaguar intends to use 75 percent recycled materials by 2020. 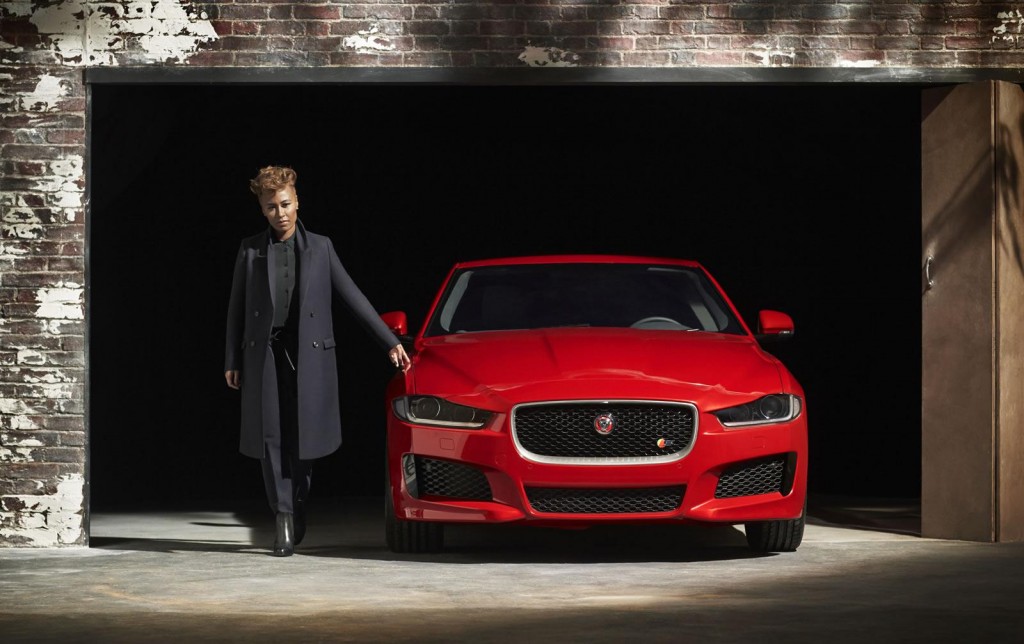 The lightweight body will be paired with more-efficient engines from the new Ingenium family. These 2.0-liter gasoline and diesel four-cylinder engines will debut in the XE, but will eventually make their way into other Jaguar and Land Rover vehicles.

Jaguar expects impressive fuel economy from this combination. It previously boasted of a 62-mpg combined rating (on the European cycle) for the XE's thriftiest diesel option.

The European testing regime isn't directly comparable to the U.S. EPA test cycle (which usually produces lower efficiency ratings than the European one). Still, it will be interesting to see how the XE compares to its steel-bodied rivals.

The smaller 2014 Mercedes-Benz CLA 250 is rated at 30 mpg combined (26 mpg city, 38 mpg highway) with front-wheel drive. The XE may come close to these numbers, but it's a more traditional luxury-sedan package, with a somewhat larger cabin and a rear-wheel drive platform.

But all luxury cars are getting more efficient.

The 2015 Mercedes-Benz C-Class uses aluminum in its hood and doors (but not the structure), and is up to 200 pounds lighter than previous models.

The C300 model gets a 2.0-liter turbocharged four-cylinder engine, although fuel-economy figures haven't been published yet.