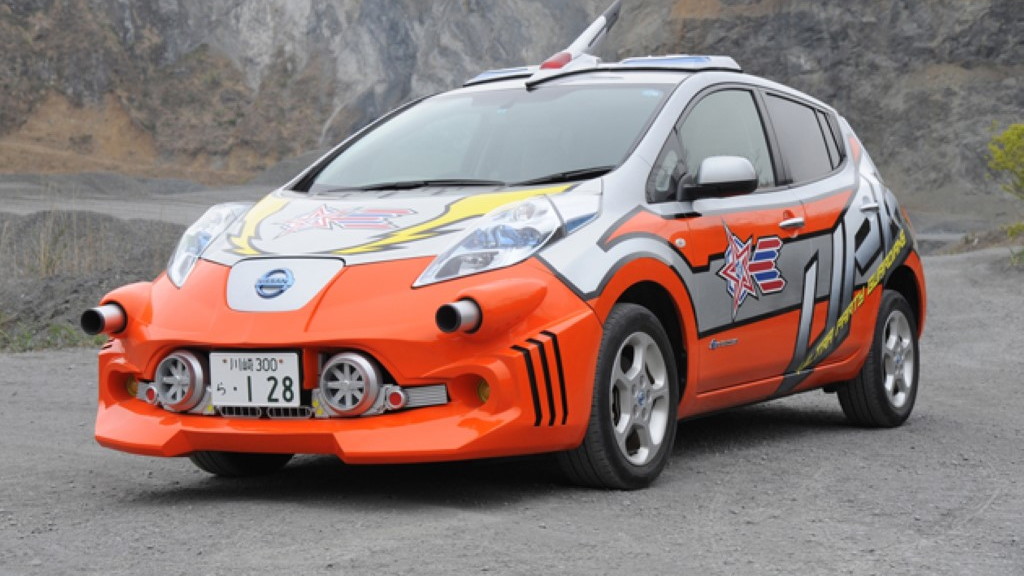 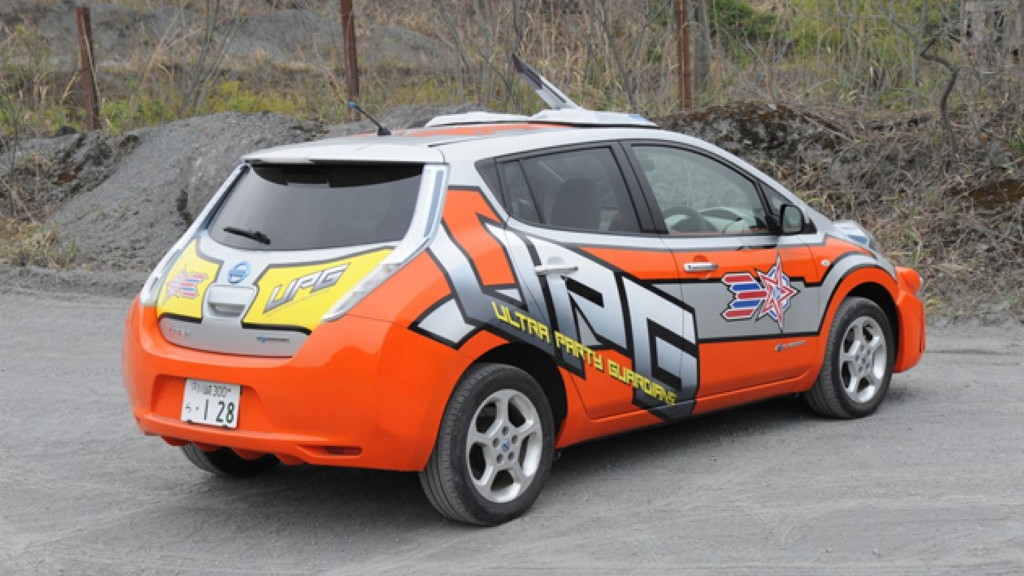 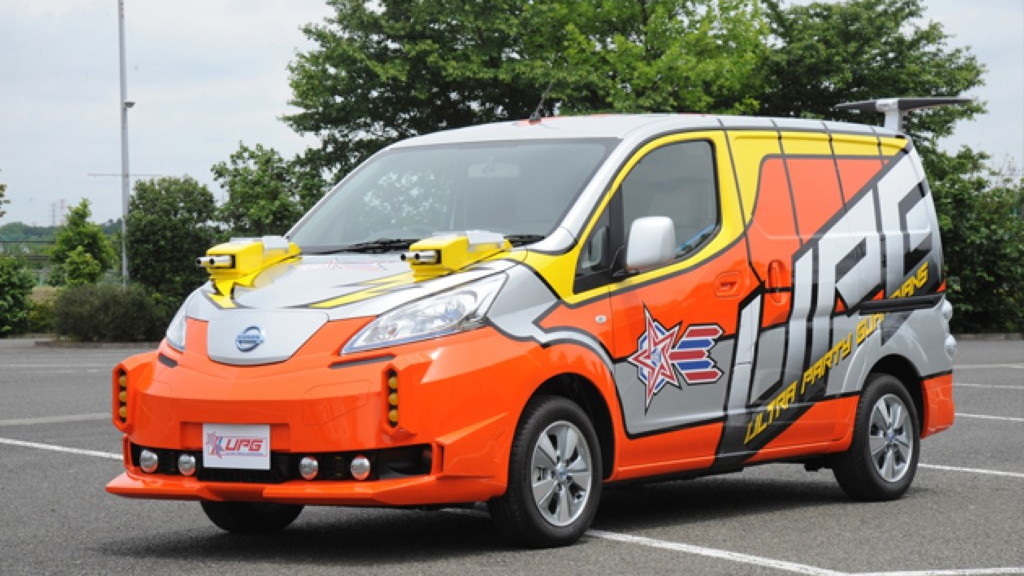 3
photos
Want to guarantee your car immortality? Get it featured on a TV show or in a movie.

Nobody has to ask twice what a DeLorean looks like, and most people probably know what car Starsky and Hutch drove. And Herbie is a no-brainer.

ALSO SEE: Would You Ride This Tiny Folding Electric Scooter To Work?

The cars are instantly identifiable as Nissan's brace of electric offerings, though they aren't quite like the ones you can drive out of showrooms.

The orange paint is eye-catching, for a start. And then you notice the other graphics, in silvers, yellows and blacks.

Oh, and there's a special bodykit on each vehicle too, giving each an aggressive appearance at the front end.

And that's before you spot the guns. Though we've often wished for a bit of James Bond-style firepower while stuck behind a slow-moving car or endless traffic queues, the cannons on Ultraman's Nissans are fairly prominent.

Nissan has worked with the show's producers on the transformation, hoping to give its EV range a little excitement, and raise its profile among fans of the show.

Global production of the van began in Spain last month. From there, vans will be sold all around Europe and even exported to Japan--but a U.S. launch for the electric version still hasn't been confirmed.