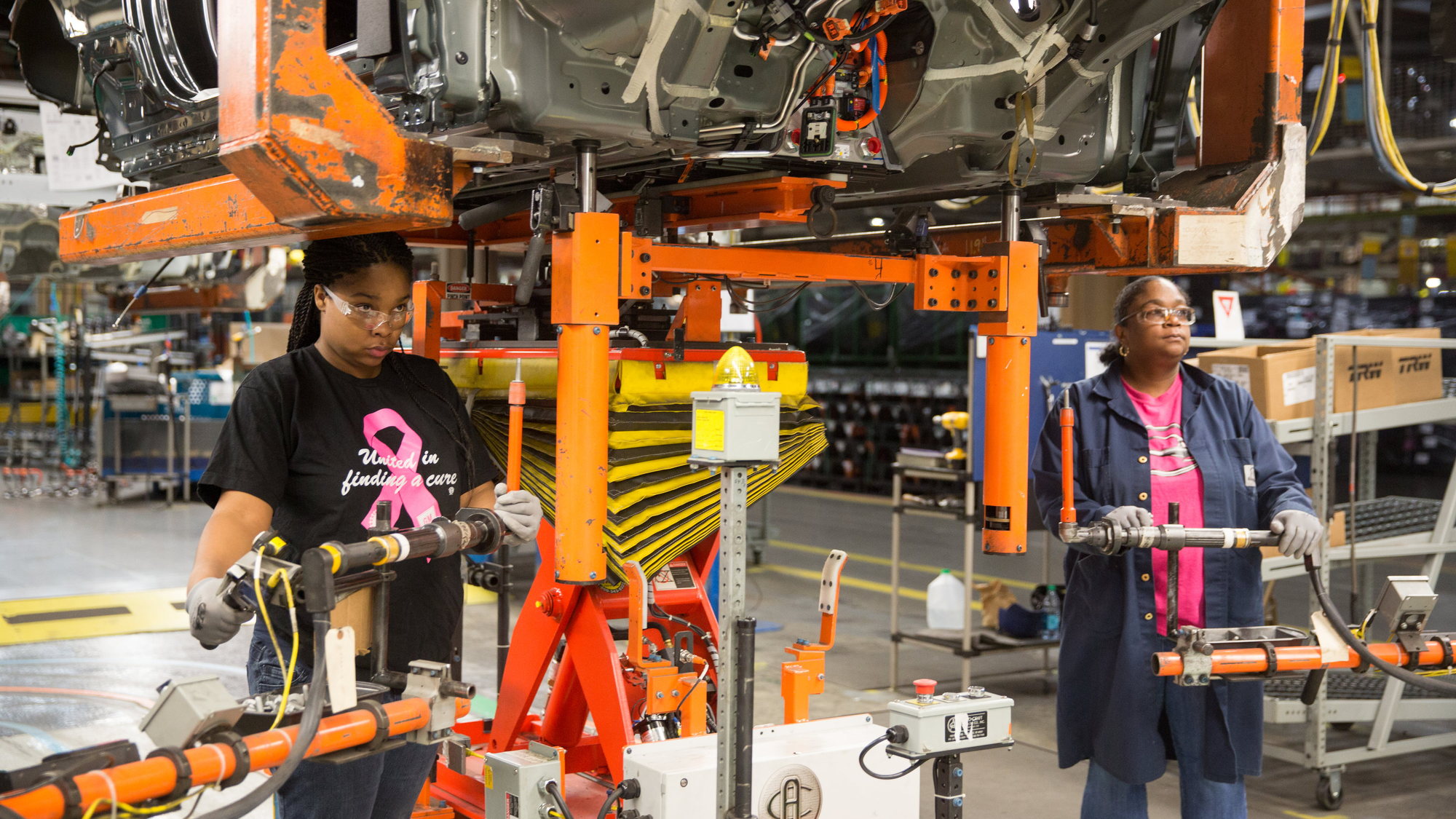 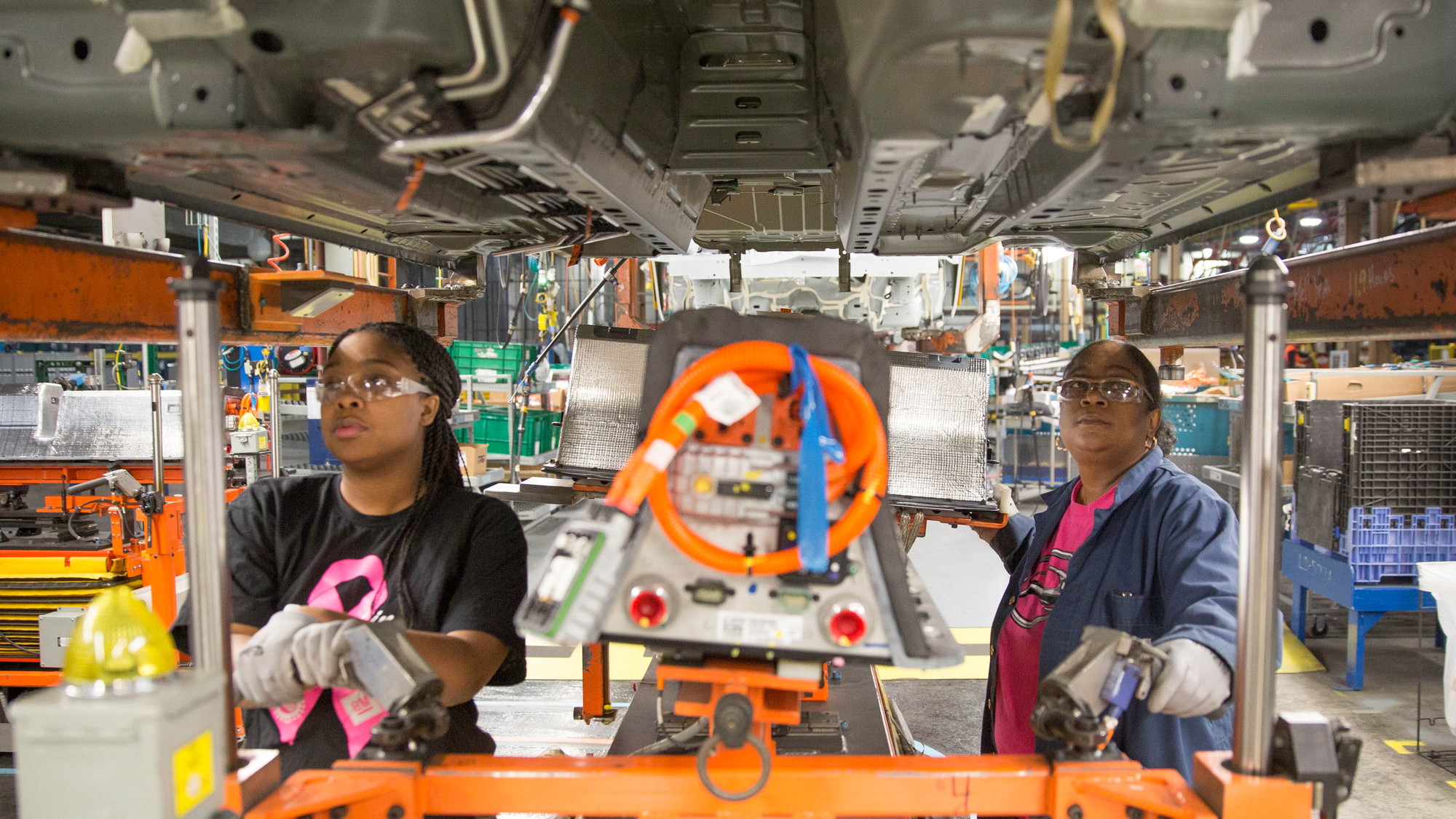 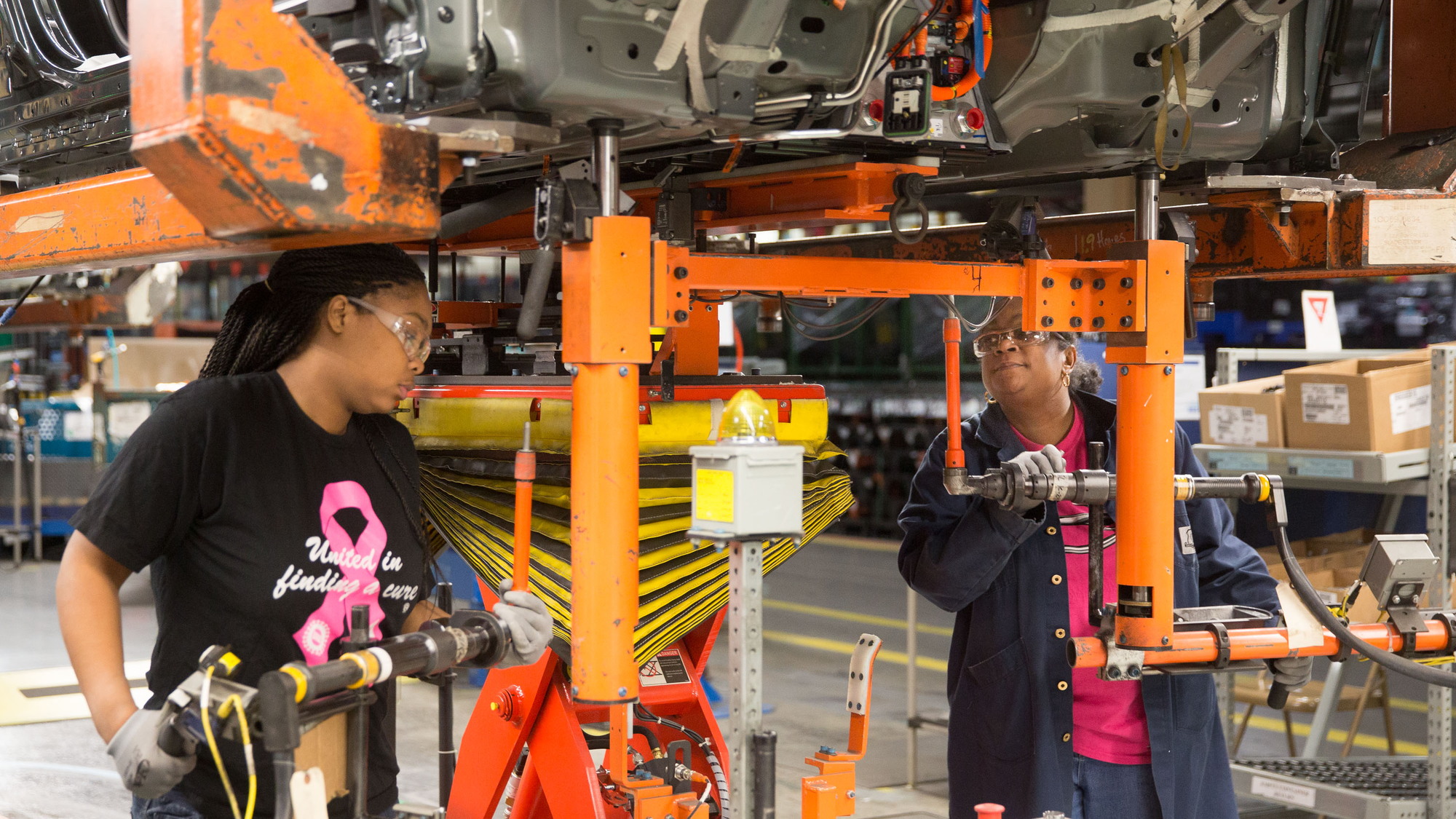 While one mother is taking today off as a weekend, tomorrow she and her daughter will likely don their work clothes and head back to the Detroit-Hamtramck assembly plant that builds the Chevrolet Volt and Cadillac ELR extended-range electric cars.

Earlier this week, the Detroit News wrote about a mother and daughter who both work for General Motors.

Evetta Osborne and her daughter Monique Watson have installed nearly every Volt and ELR lithium-ion battery pack--as well as packs for the European Opel/Vauxhall Ampera and Australian Holden Volt--since 2009, when the first Volt pre-production cars were slowly assembled by hand.

Watson, 28, is the oldest of the forty-seven-year-old Osborne's five children, though Osborne says they consider the many electric cars they work on to be "our babies."

Their relationship--unique even in the auto industry, where children have often followed in their parents' footsteps--is an asset on the assembly line.

The mother and daughter guide 400-pound battery packs into the waiting chassis in a manner as elegant as "a well-choreographed dance," according to the Detroit News profile.

Osborne has worked at Detroit-Hamtramck since 1998. She encouraged her daughter to apply, feeling the plant's scheduling allowed for a good balance between work and family life.

Watson was hired in 2006, and the two trained together for the Volt assembly job. After five years, they've helped build around 80,000 plug-in cars.

And that pace isn't likely to slow down any time soon.

GM recently announced that it will invest $450 million and add 1,400 new jobs at Detroit-Hamtramck in preparation for the launch of the 2016 Chevy Volt.

The second-generation Volt will debut at the 2015 Detroit Auto Show next January.

It will likely retain its hatchback body style and 38-mile electric range, but is expected to get a smaller, 1.0-liter three-cylinder range extender, among other improvements.