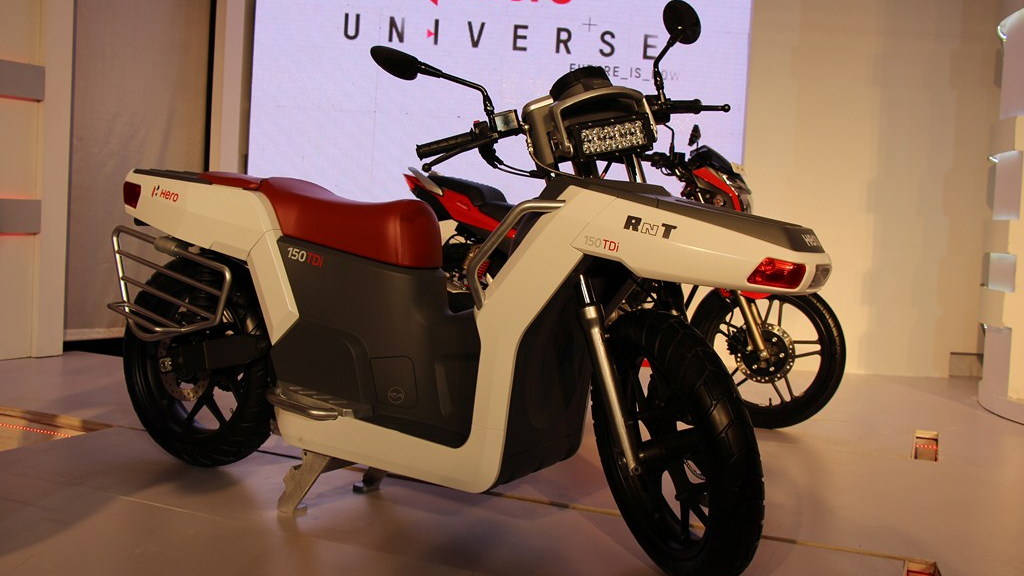 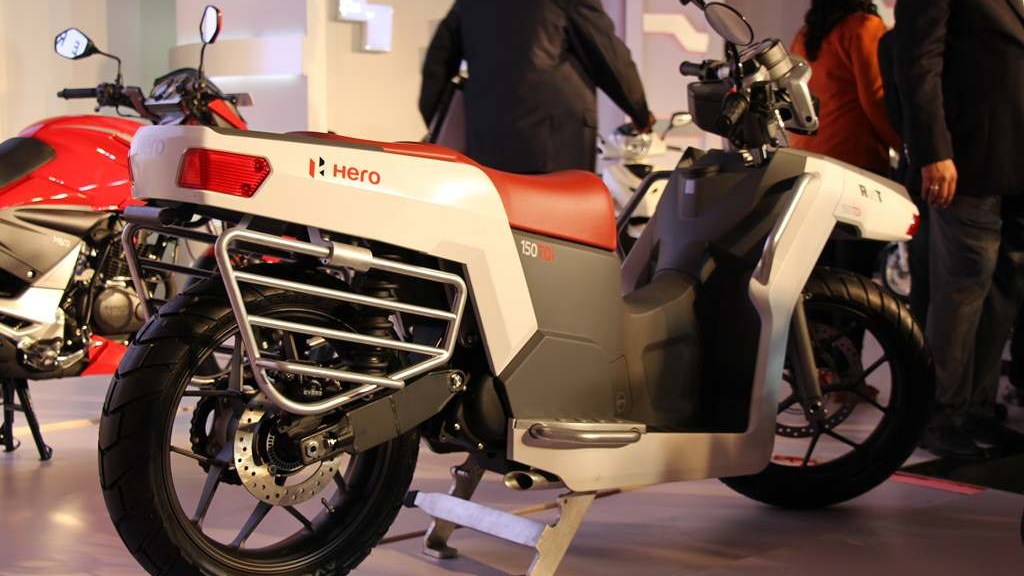 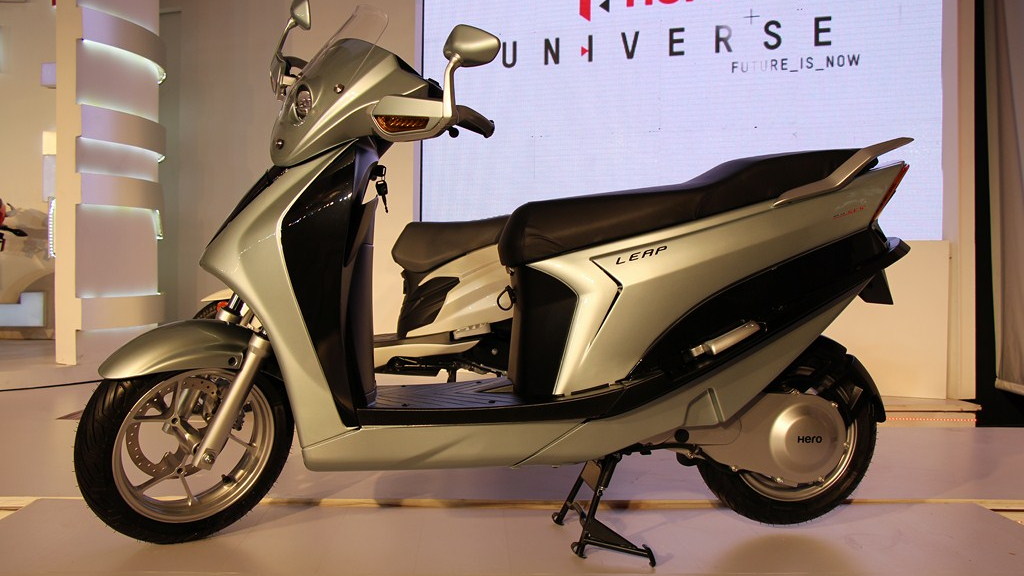 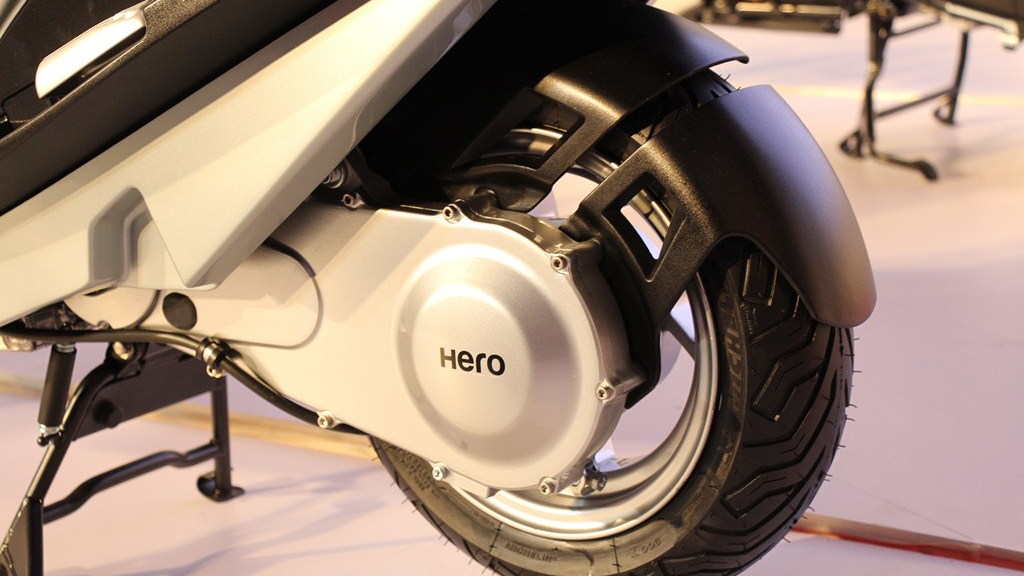 4
photos
Diesel-engined cars are nothing new these days, even if sales in the U.S. are yet to catch up to ever-popular gasoline vehicles.

But little is ever heard of diesel-engined motorcycles. Between gasoline bikes and the new breed of electric models, few seem to have explored the diesel concept.

Indian maker Hero is breaking that trend with its RNT concept (via MotorBeam)--a diesel motorcycle with the option of a front hub-mounted electric motor.

It's fair to say the RNT isn't the prettiest two-wheeler we've ever featured. With large extensions over the front and rear wheels, it has a face only a mother could love--though those extensions give a clue as to its more utilitarian billing.

It's designed as a hard-working bike in a market where vehicles are pushed over and beyond their limits every day: India. Diesel is popular in the Indian subcontinent as a cheaper and widely available fuel, and appreciated for its economy and the long life and simplicity of diesel engines.

At 150cc, and with an optional turbocharger, it's clear the RNT is aimed more at those who want reliability than performance. It produces 13.5 horsepower and 26 pounds-feet of torque--the latter significantly higher than regular motorcycles of similar capacity.

Uniquely, the RNT would be offered with a front electric motor option, making the bike two-wheel drive. At 1.34 horsepower it only provides a little extra power, but enough to provide extra traction on India's rougher roads.

There's no mention of the RNT's economical capabilities, and that's very much the elephant in the room for diesel motorcycles.

Regular gasoline commuter bikes are already impressively efficient, as well as being robust and simple to maintain. A diesel bike would have to offer significant extra benefits to make it viable next to simple single-cylinder, four-stroke scooters and commuter bikes.

Alongside the RNT reveals MotorBeam, Hero has shown off the Leap. From the outside it looks like any other scooter, but under the skin you'll find both a 124cc gasoline engine and a 10.73 horsepower electric motor-generator, making the Leap a series hybrid scooter.

Top speed is around 62 mph and thanks to the belt drive running directly off the motor, the bike should prove quiet and smooth to ride.

Time will tell if diesel or hybrid two-wheelers take off to any significant degree. With gasoline already so prevalent in the industry and electric bikes now making a splash with their performance capabilities, it doesn't leave much room for other forms of propulsion in the motorcycle world.