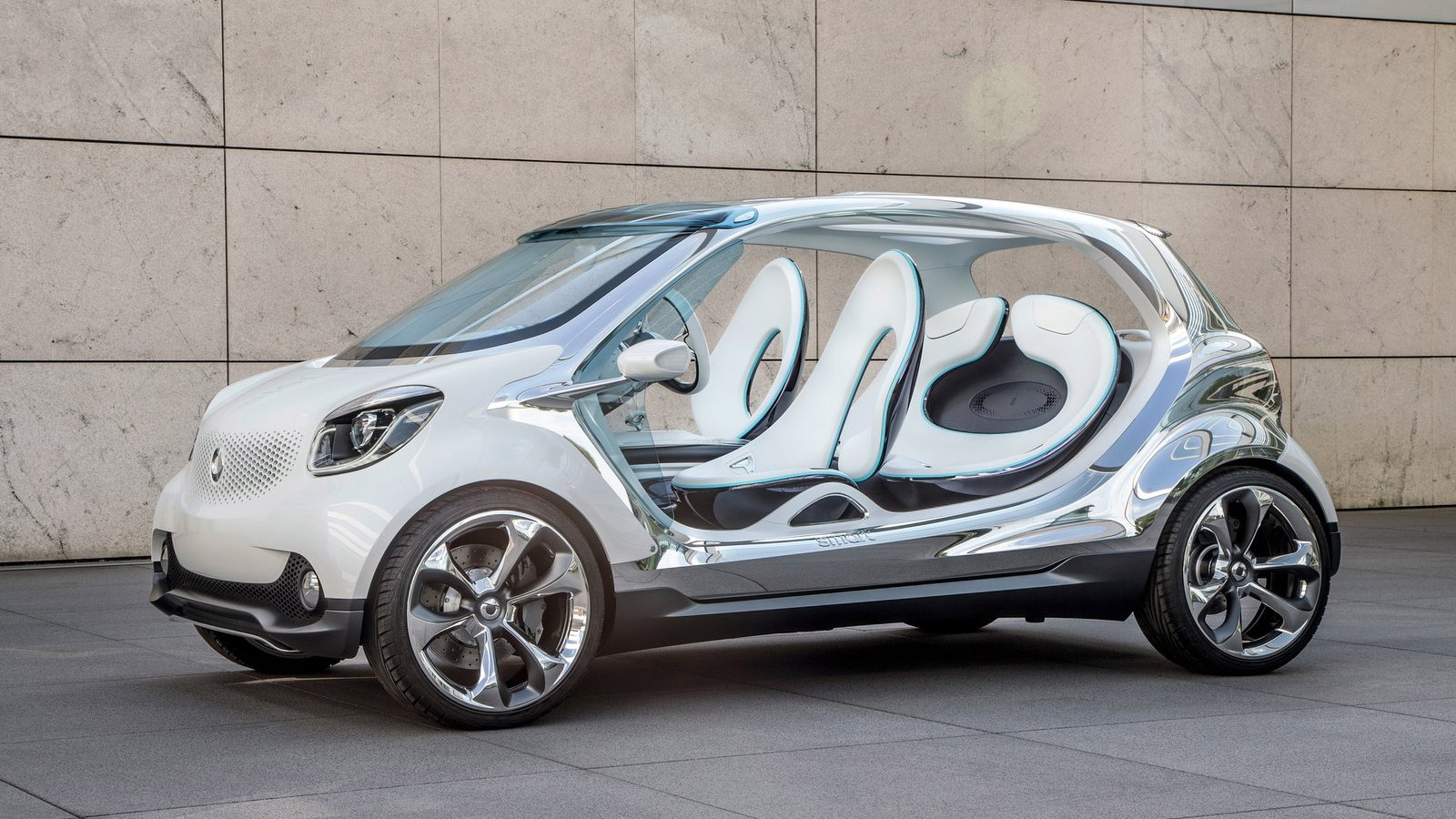 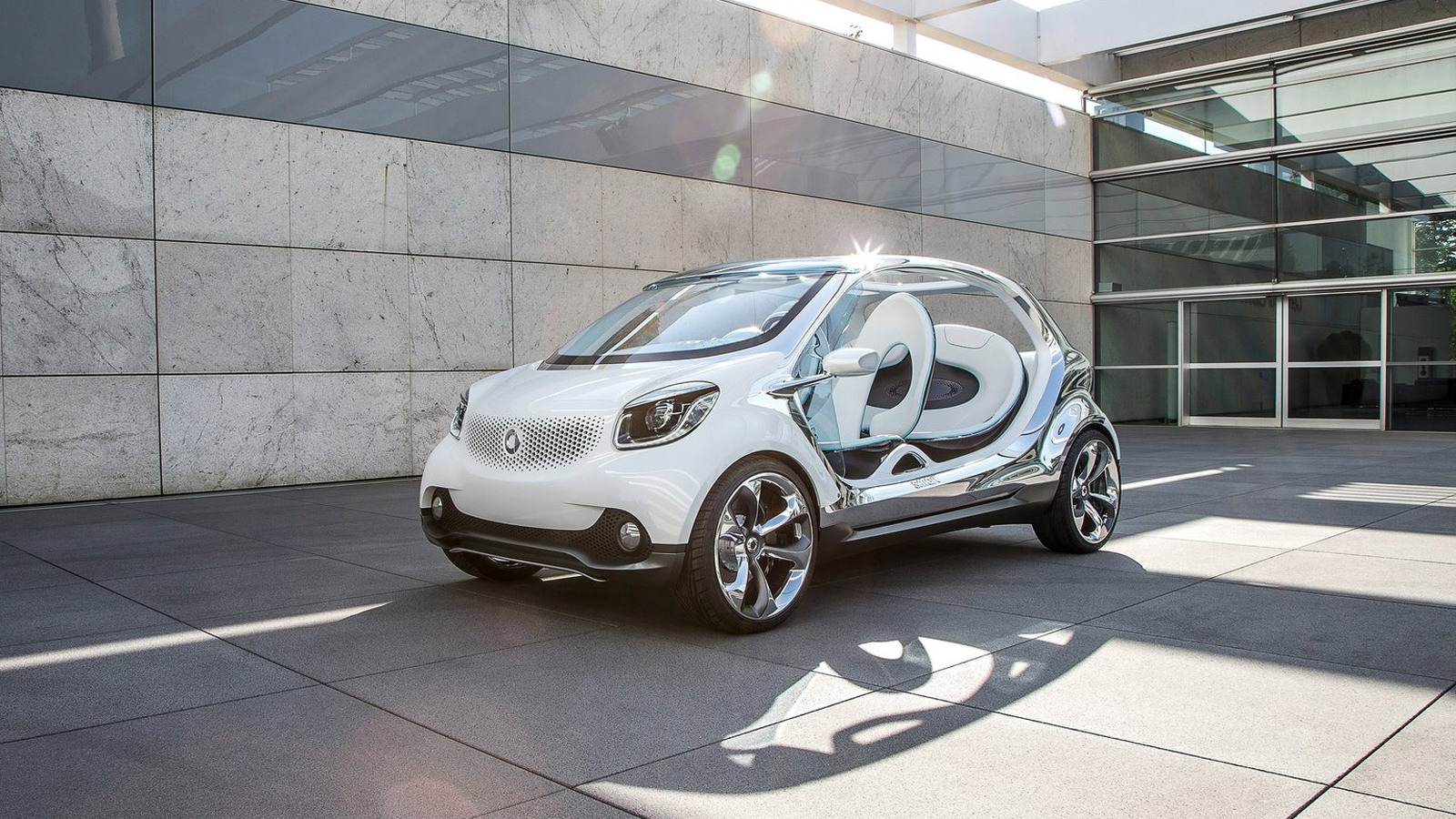 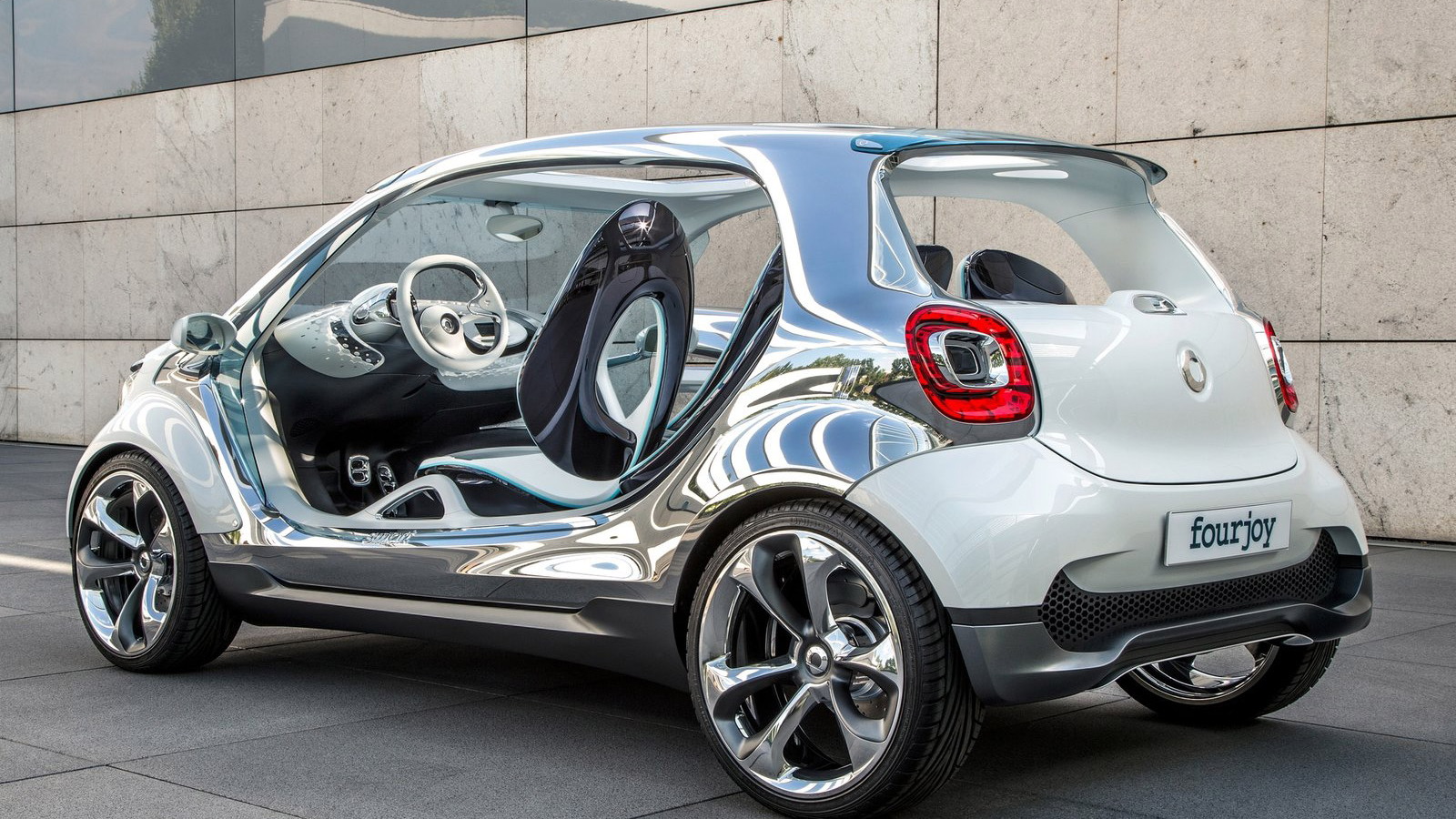 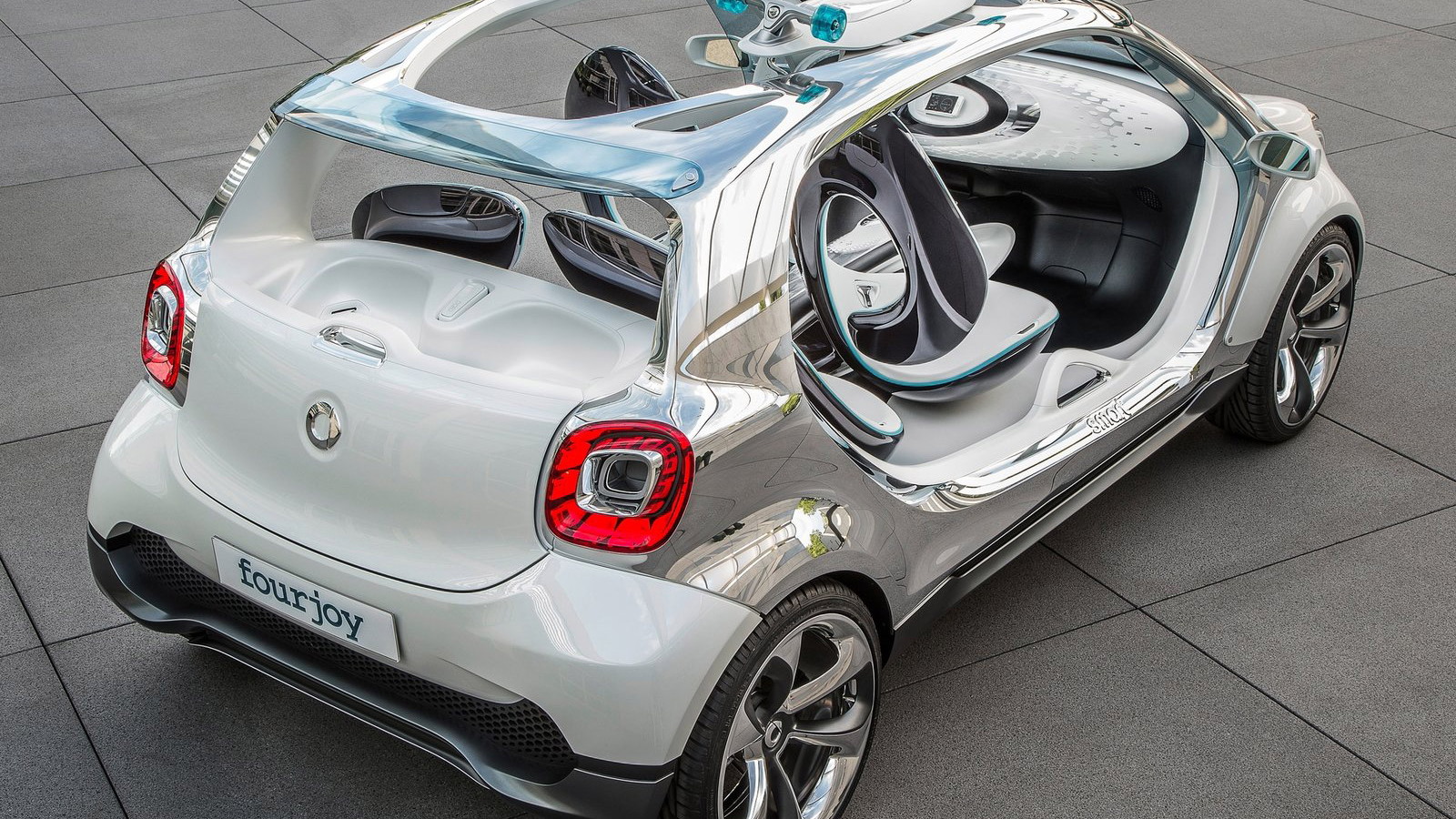 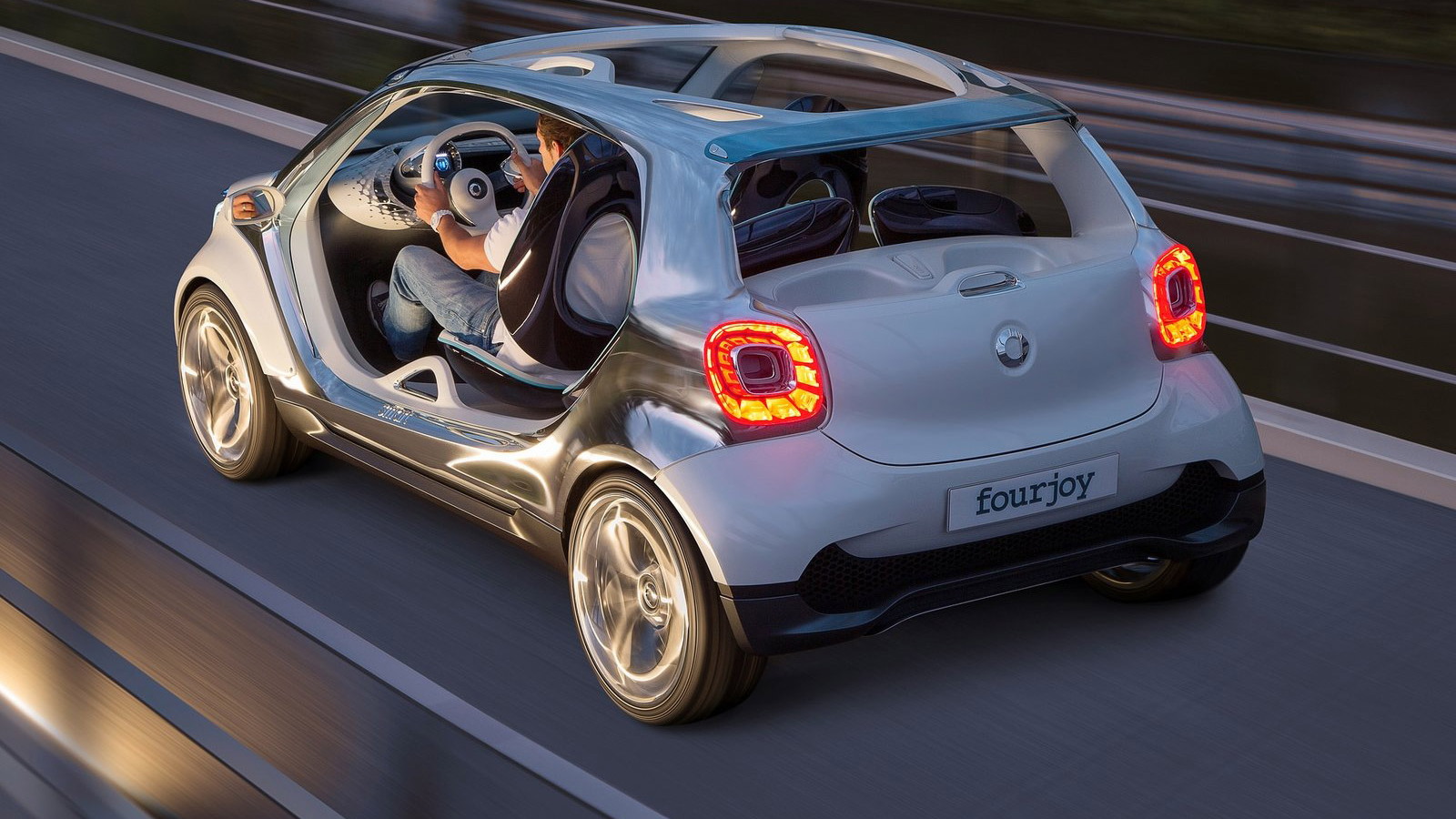 10
photos
Fans of the Smart Fortwo--and they are out there, if not necessarily in the United States--have been patiently waiting for what seems like an eternity for the next-generation car.

But, like an enormous candy bar dangled just out of reach of a child, the company has instead churned out concept after concept after special edition--all previewing the new car, but never giving away all the details.

The latest, due at next week's Frankfurt Auto Show, is the four-seat, open-sided FourJoy Concept.

It's the closest indication yet of the next ForFour model, replacing the car that sold only briefly between 2004 and 2006 in Europe. While the original ForFour was based on the contemporary Mitsubishi Colt small car (a vehicle now replaced worldwide by the Mirage), the next-gen car is co-developed with Renault and will retain Smart's traditional rear-engined, rear-wheel drive layout.

That all sounds a little complicated, but the FourJoy concept is fairly simple. It's 137.4 inches long, 77.8 in wide and 58.8 in tall--about 29 inches longer, 16 inches wider and marginally lower than the existing Smart Fortwo--or shorter, wider and similarly tall to a comparable small car like the Ford Fiesta.

Most of that lost length to a car like the Fiesta is in the FourJoy's short hood, resulting from the rear-mounted engine. Other Smart cues are even clearer to see: the Tridion safety cell (here in a natty polished aluminum finish), wheels pushed to the four corners of the car, and a relatively high seating position--something that always makes the Fortwo feel a little bigger behind the wheel than you'd expect.

Other details pave the way for the next-gen Smart production cars, such as the rounded cube-shaped front and rear lights, the honeycomb grille--seen on several previous Smart concepts--and the ovoid dashboard shape. The concept's storage space for helmets and skateboards, a built-in video camera and concave-shaped seats are less likely to appear, though we'd not be surprised to see some take on the FourJoy's integrated smartphone receptacles--it's a concept Smart has been exploring for several years.

The powertrain, like any self-respecting Smart concept these days, is taken wholesale from the current-generation Electric Drive model. That means a 17.6 kWh battery pack and 55 kW (74 horsepower) electric motor. It's likely all future Smart models will have an electric option.

The FourJoy Concept will make its debut at the 2013 Frankfurt Auto Show on September 10.