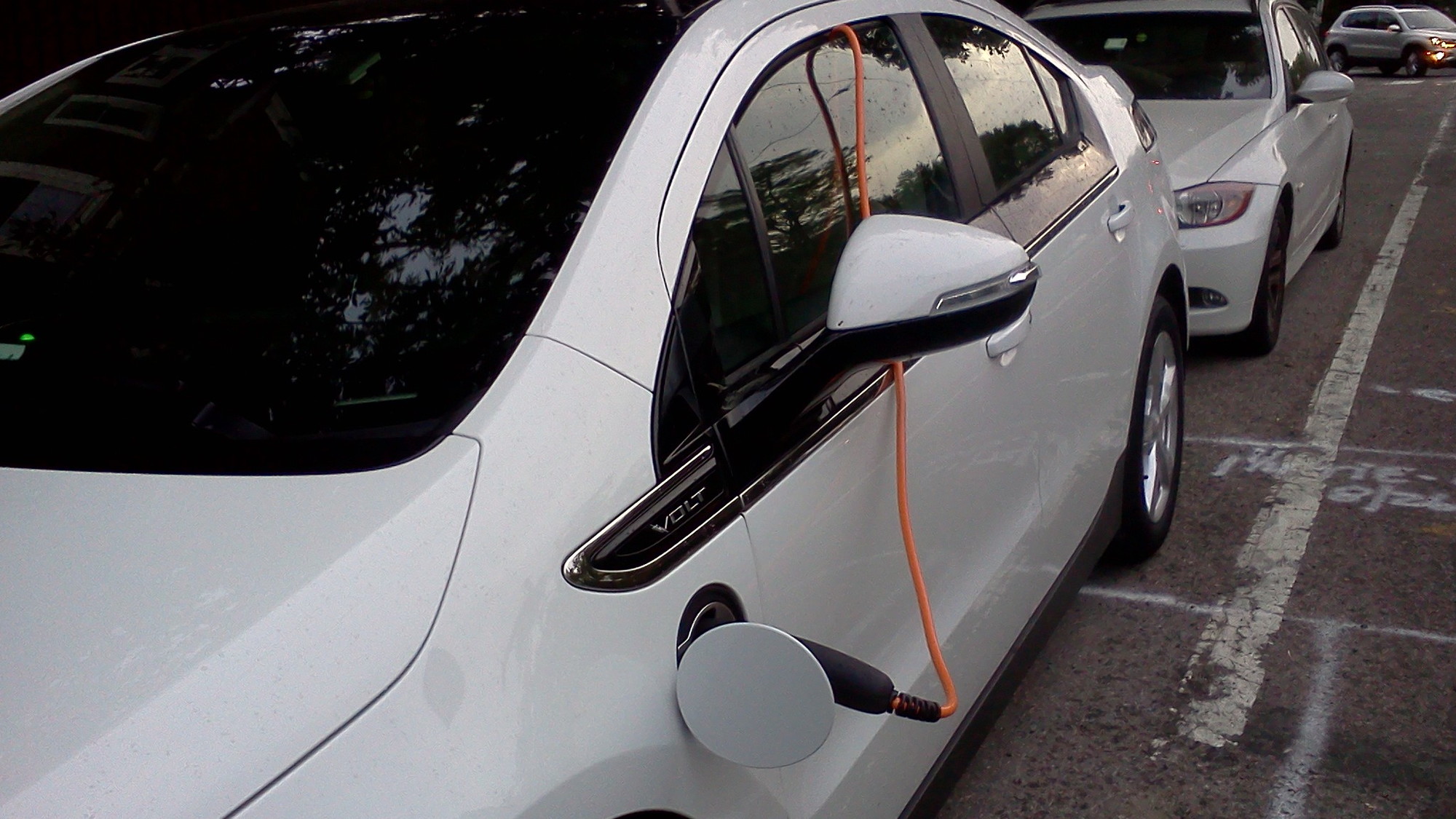 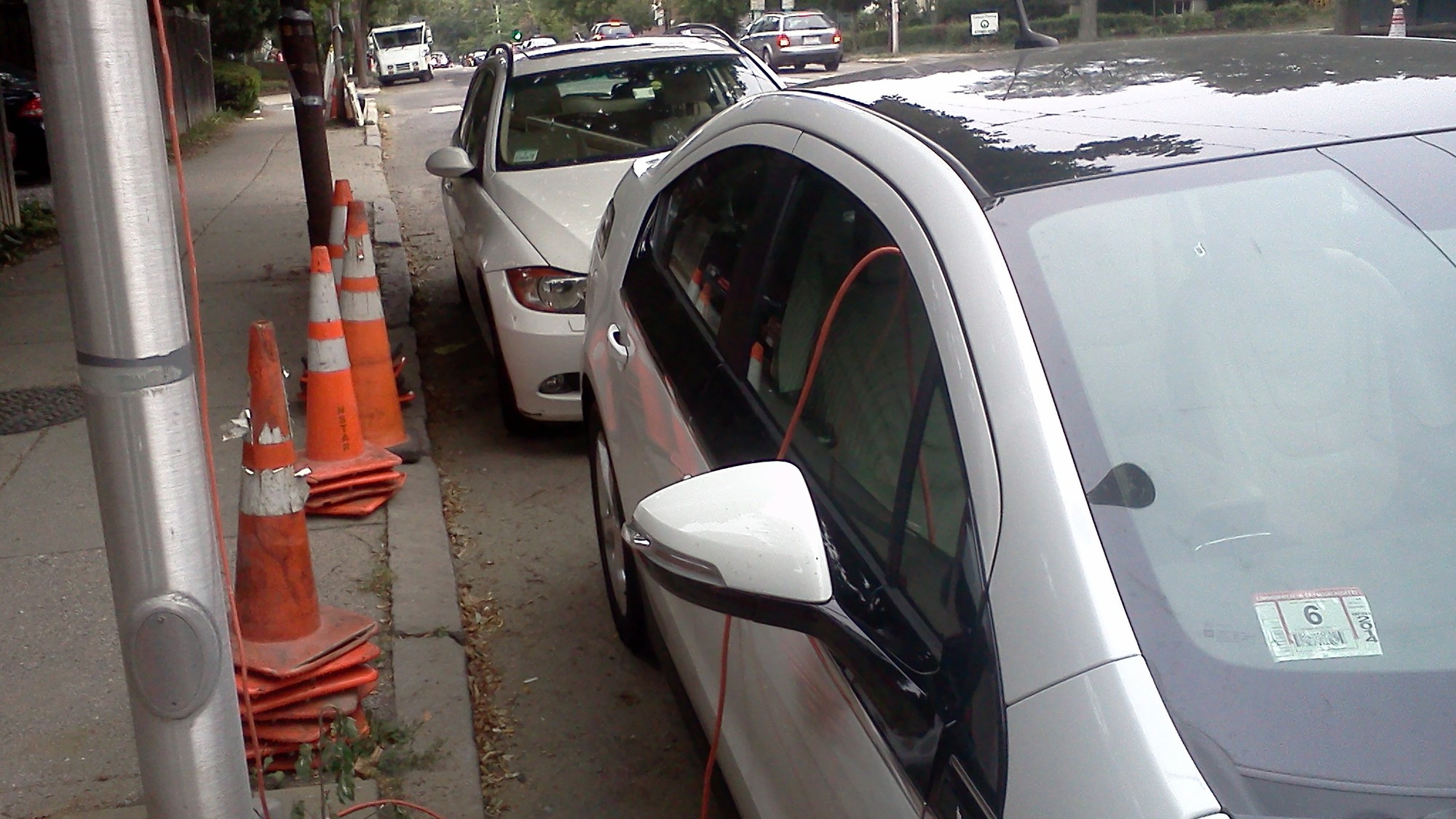 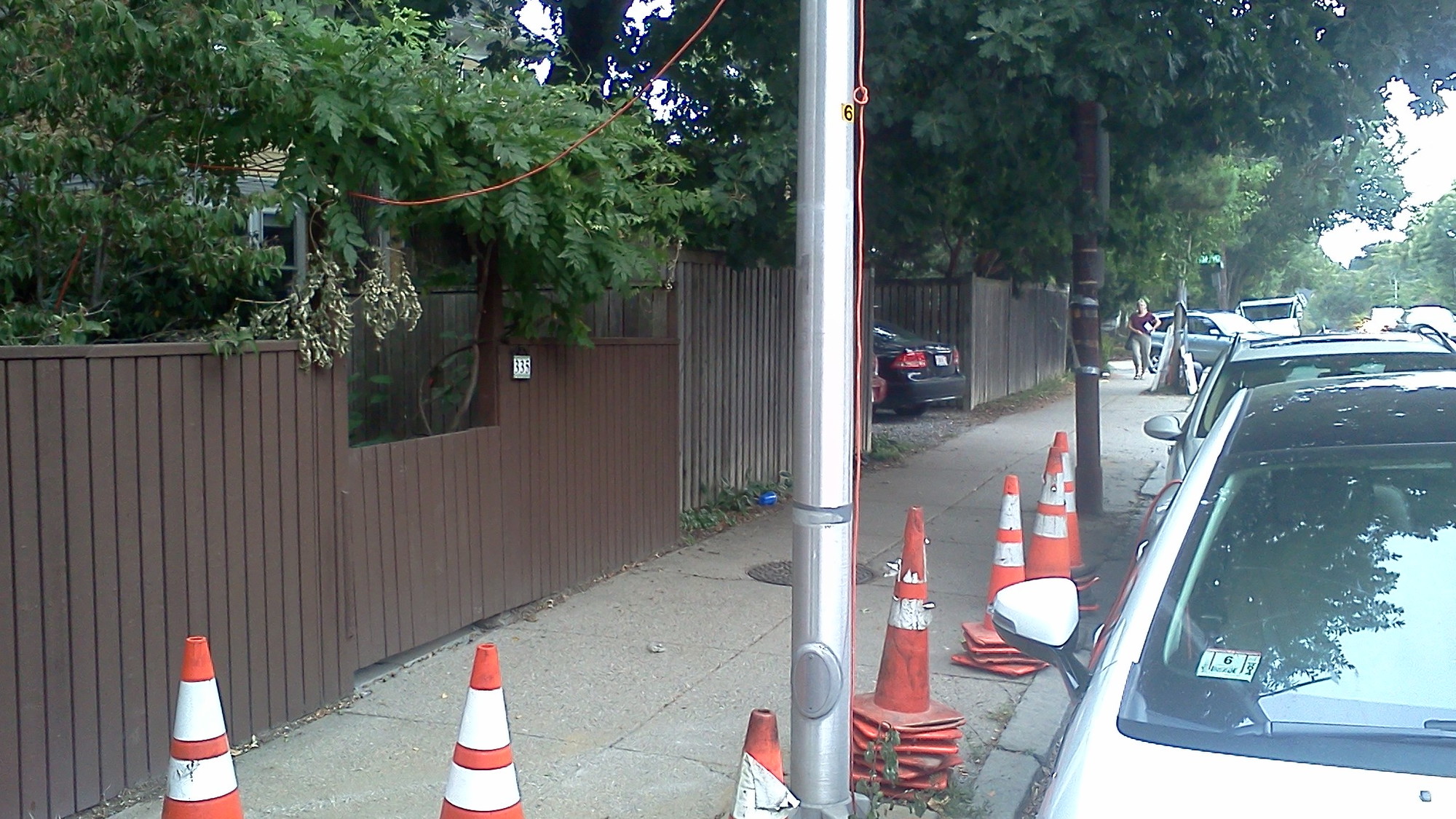 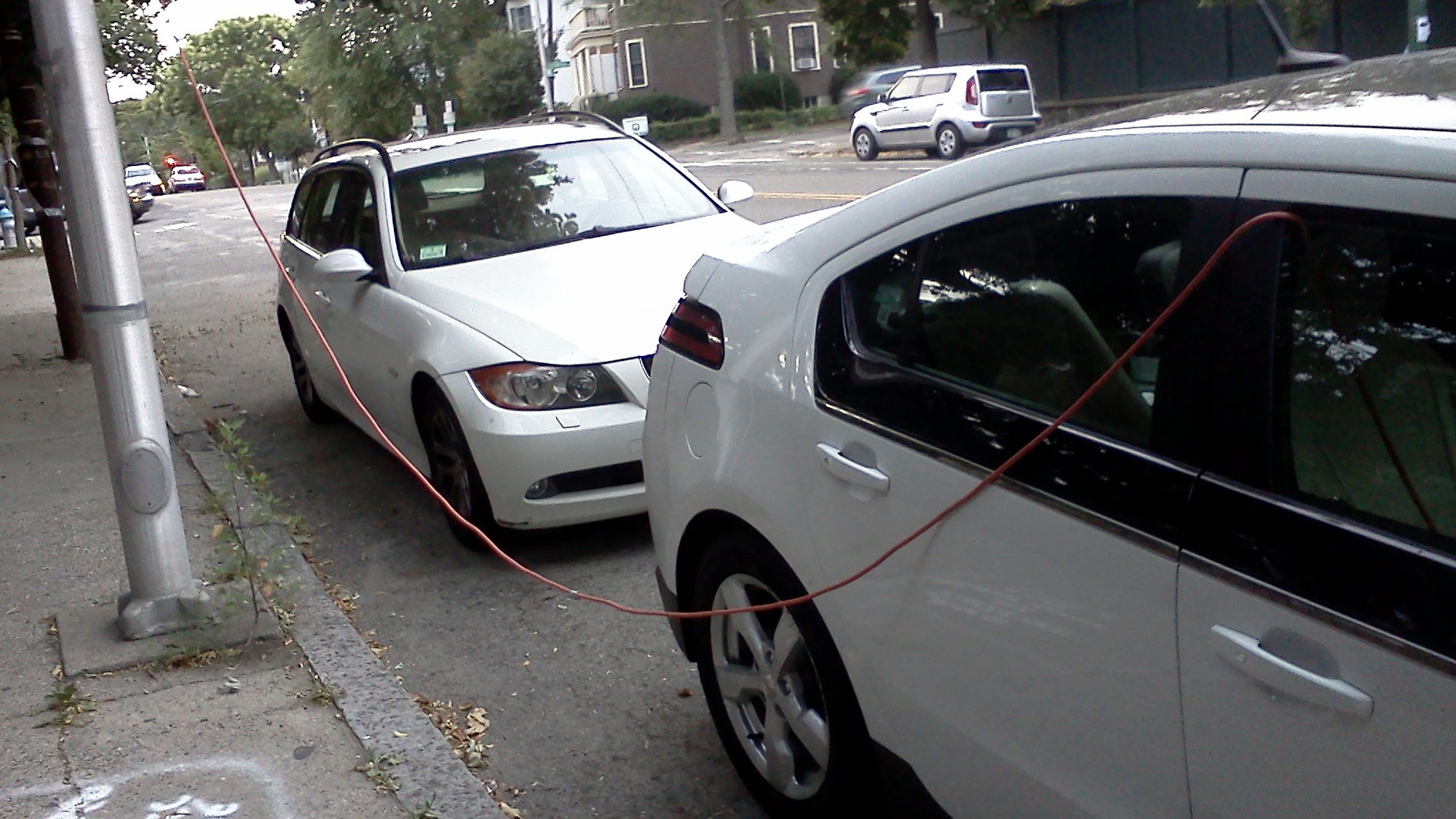 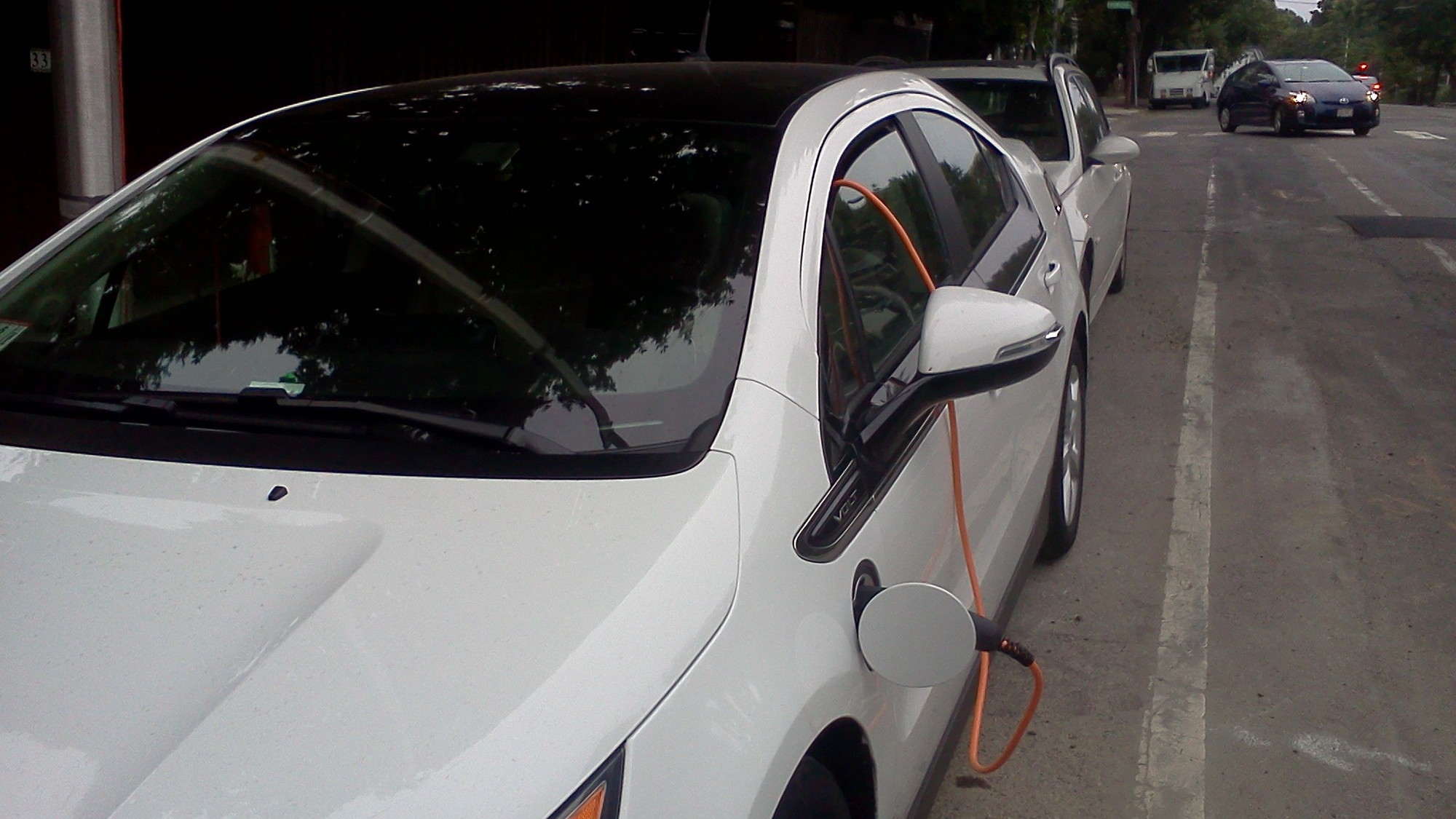 Plugging in your electric car to recharge the battery is simple if you have your own garage, carport, or driveway.

If you park on the street, it's a little harder; there just aren't that many curbside charging stations yet.

So electric-car owners can get very, very resourceful.

We said it more than three years ago, when we saw a photo of a Tesla Roadster recharging at a 110-Volt electric plug in the Denver Airport parking garage.

Now our faithful reader John C. Briggs sent us these photos of a Chevrolet Volt charging up while parked on the street in Cambridge, Massachusetts, on two different occasions.

Let this be a lesson on how to complete that last 20 feet between the nearest electric socket and your plug-in electric car.

"You're always banging on about how difficult it is to charge in the city," Briggs writes.

"But it's really quite simple, as can be seen in the attached pictures."

"Easy," he concludes. You could "probably get this done in 15 minutes or less."

We presume the owner of the car either lives in the house behind the fence or has an arrangement with someone there to use a bit of their electricity.

And, to be honest, we fear this may run afoul of some law or other about cords, sidewalks, hazards, electric appliances, or whatnot.

But we can't help but agree with Briggs, who ended his note with the following accolade: "P.S. this guy (gal?) is my hero."