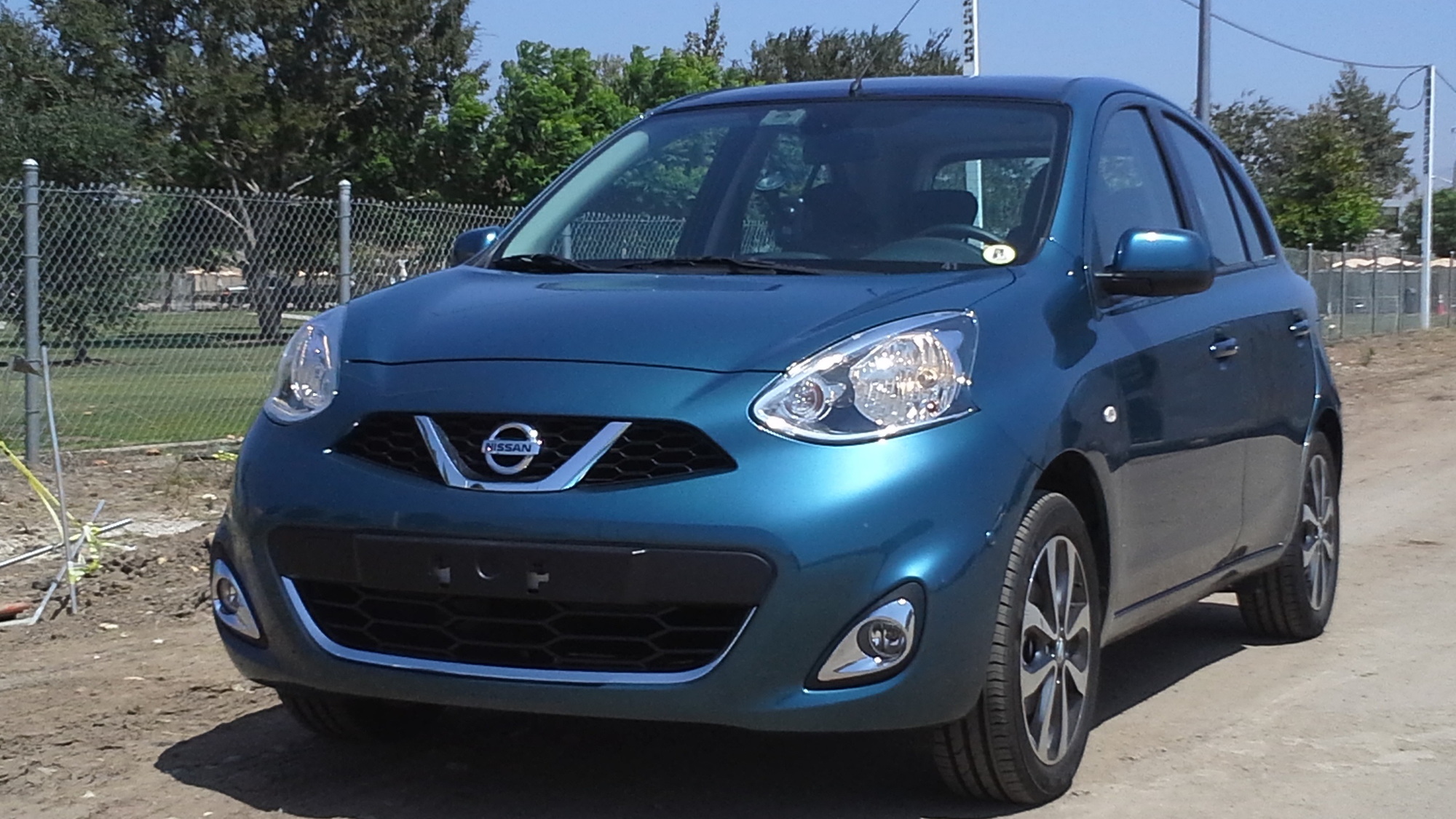 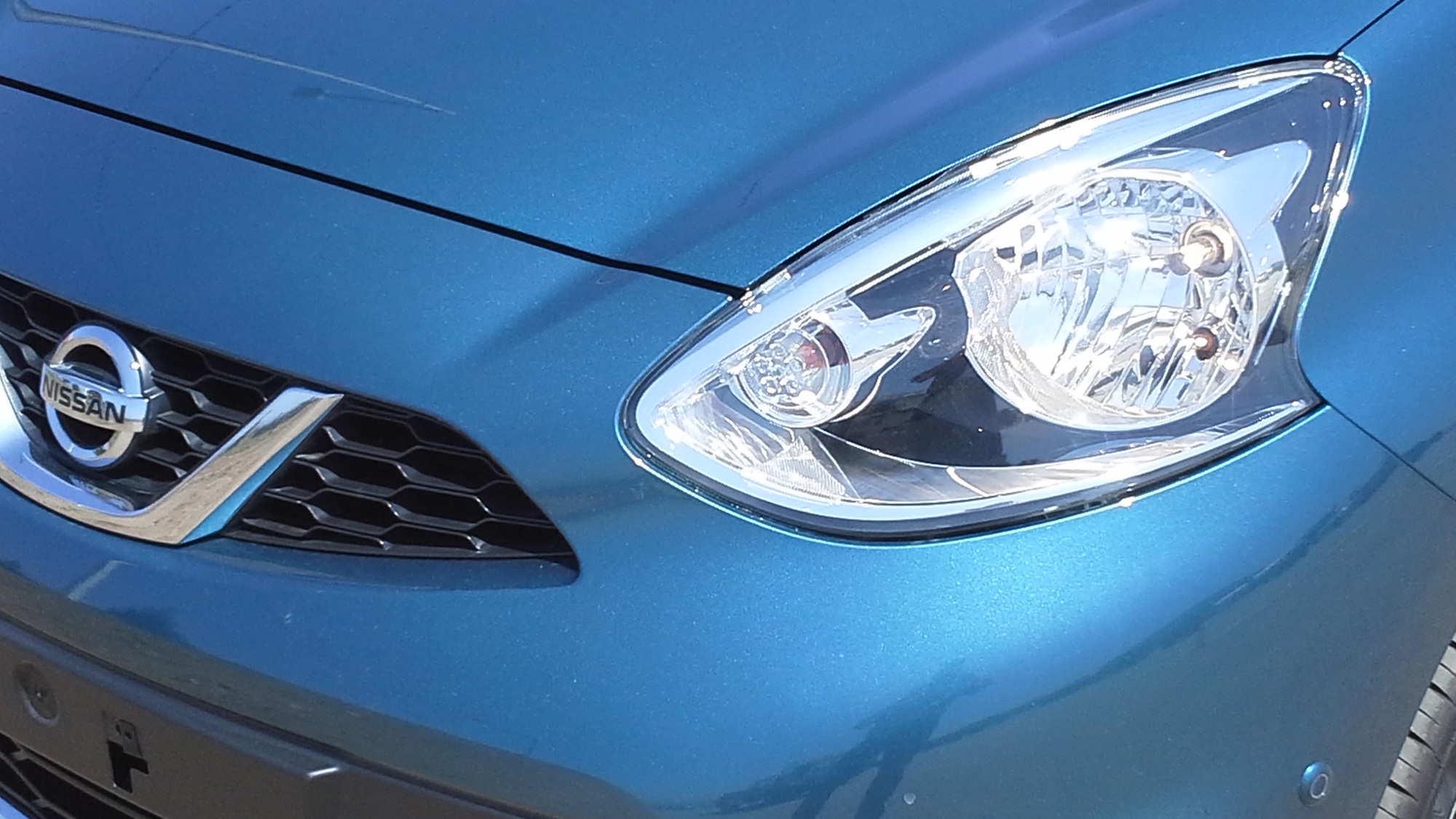 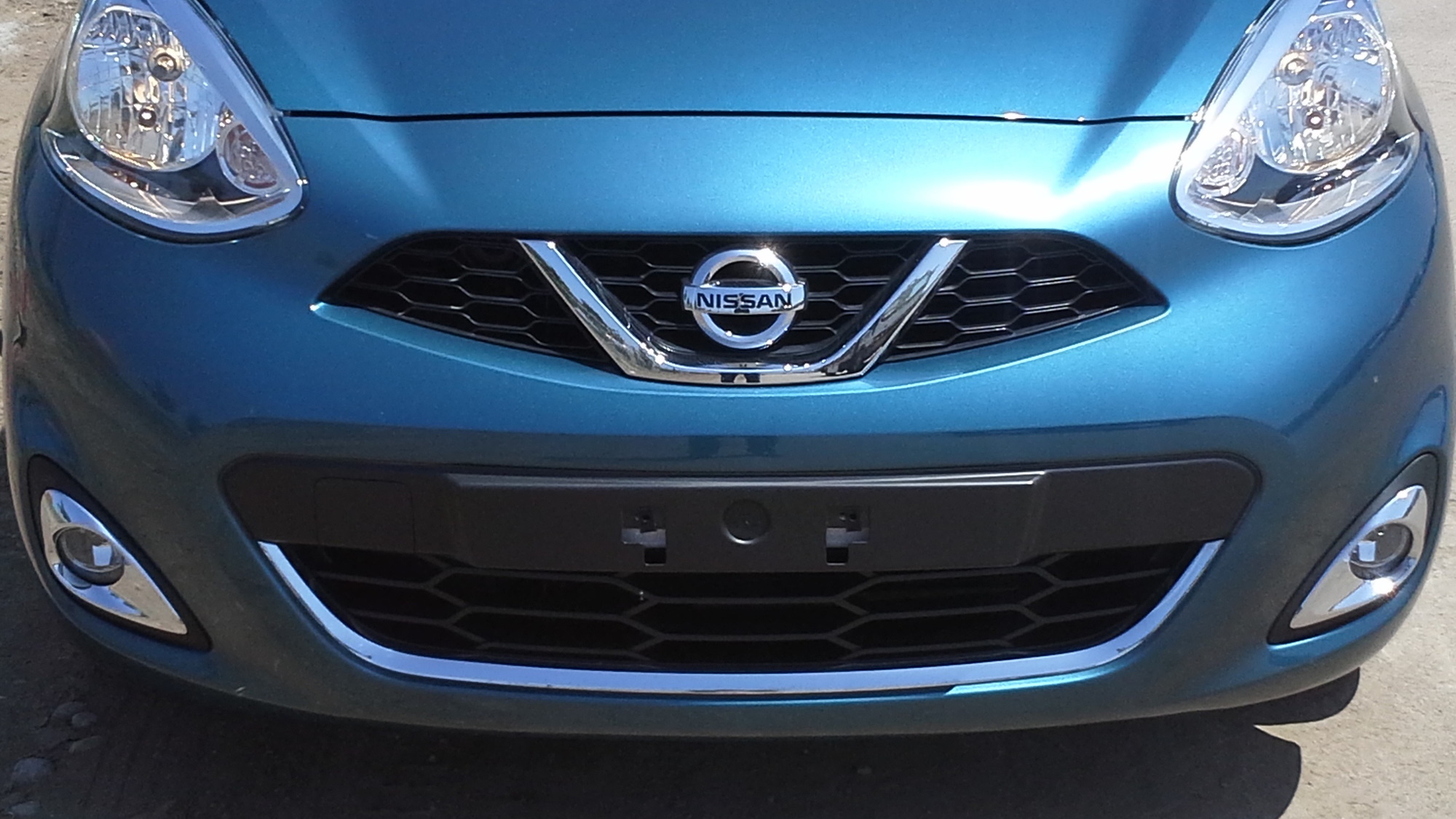 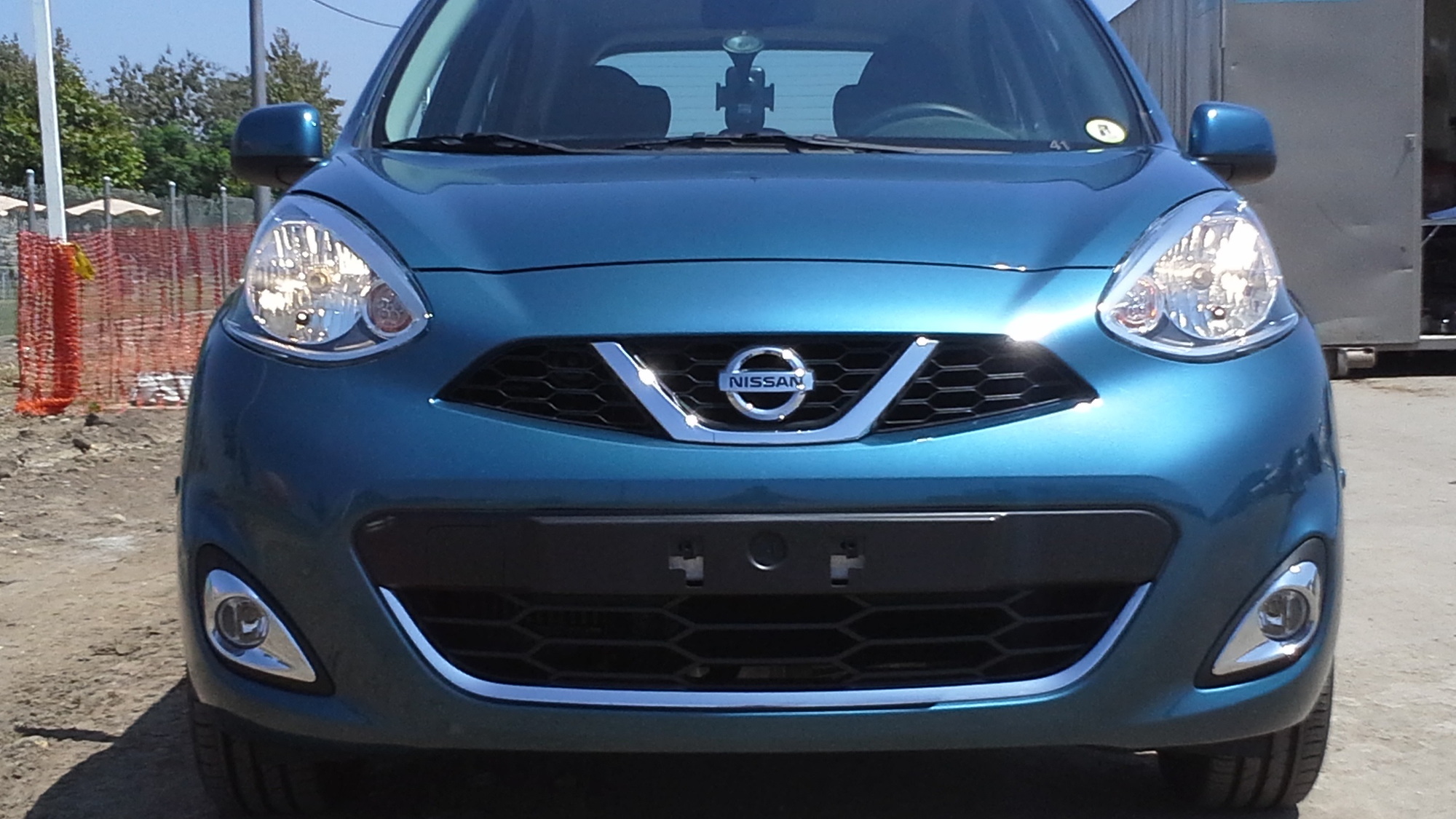 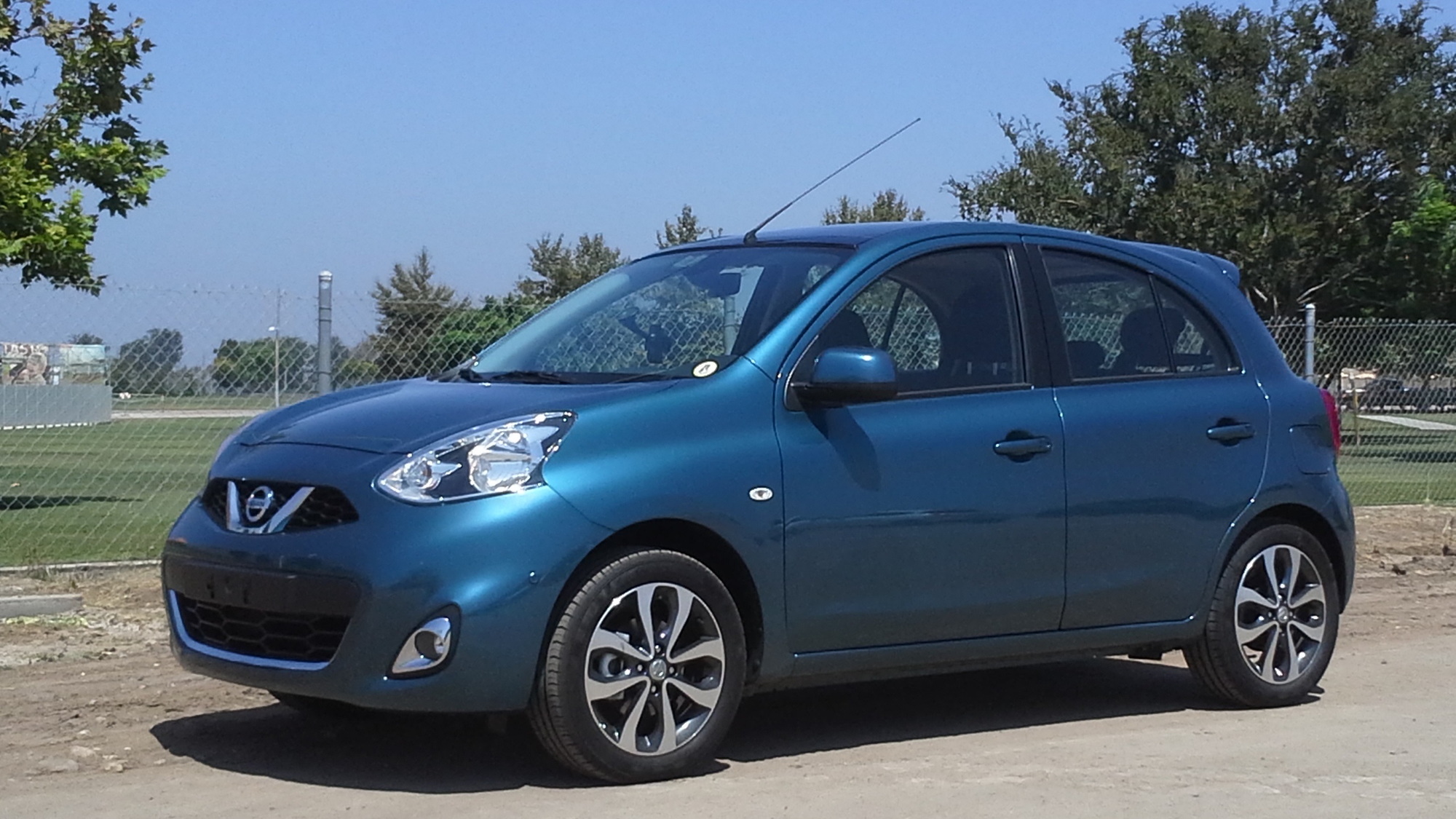 The smallest car Nissan sells in the U.S. is the Versa subcompact, which comes both as a sedan and the new 2014 Versa Note hatchback.

But last week, we were able to drive the latest Nissan Micra, a high-volume car sold outside the States that's an entire car class smaller.

In Europe, the Micra is what's called a "supermini"--we'd call it a minicar, or perhaps a small subcompact, more similar in size to a Ford Fiesta than the Versa, which is one of the larger cars in that segment.

It's sold in Europe, Asia, Mexico, and Brazil, among other markets, and is actually built in Mexico, India, Indonesia, Thailand, and China.

Cars for the European market, which used to be built in the U.K., are now manufactured in India--making Nissan the first to export a volume car into Europe from India.

But because the Nissan Micra isn't designed for sale in North America, it's only seen in Mexico and points south--and we got to drive it only on Nissan's closed course, away from public roads.

(The manufacturer plate lets Nissan's own drivers use the non-conforming Micra on public roads, but the company wasn't letting journalists do so. Drat.)

The Micra has fewer airbags and it's missing many of the little details that you expect from a new car. There's no warning buzzer if you start the car without your seatbelt on, for instance.

We enjoyed our 10-minute drive, which renewed our appreciation for the smaller, simpler vehicles sold in Europe and Asia.

A car like the Nissan Micra wouldn't be our first choice for hours of straight-line travel on U.S. freeways, but it offers a much more direct connection to the driving experience than the larger Versa--which simply feels more numb behind the wheel.

It was fitted with a 1.2-liter three-cylinder engine, paired to a five-speed manual gearbox, that put out just 97 horsepower. (A continuously variable transmission is offered as an option.)

There's not a huge amount of acceleration off the line, and to get the car moving smartly, you have to rev the little engine close to 6000 rpm.

In some ways, the driving experience reminded us of the Volkswagen Up, a minicar that's also not designed to "Federalize" for our market.

The VW Up was much tighter and more rewarding on the road, but both cars shared the direct driving feel that makes drivers aware of how the machinery of their cars is actually functioning.

At speed, the Nissan Micra definitely transmitted more road noise than we're used to in the latest U.S.-market cars, even subcompacts.

That included tire roar, wind passing over the car, and general mechanical noise from the engine.

In 15 minutes on a closed circuit, we couldn't come to any conclusions about the Micra's fuel economy. And its ratings on other country's test cycles will differ significantly from U.S. EPA ratings.

But with a 2012 Versa sedan returning 33.3 mpg in our test drive, and the 2014 Versa Note delivering 37.6 mpg on a long-distance weekend trip, the Micra is probably unnecessary for the U.S. market.

The closest car sold here to something like the Micra may be the 2014 Mitsubishi Mirage, which will arrive late this fall.

It'll be both the least powerful car sold in our market (at just 74 hp) and the highest-efficiency non-hybrid, with a 40-mpg combined EPA rating.

We'll be driving the Mirage next month, and look forward to finding out how well it splits the difference between a small car for Asian and European markets and the needs of North American buyers.

Nissan provided airfare, lodging, and meals so High Gear Media could attend the global Nissan 360 event and bring you this first-person report.