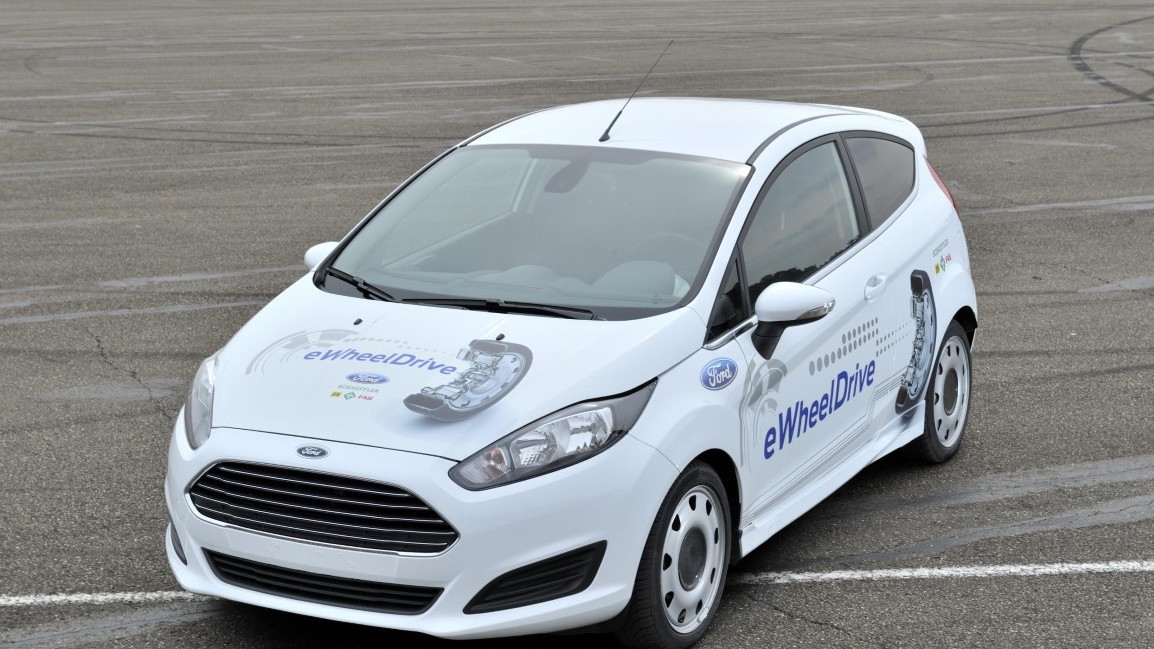 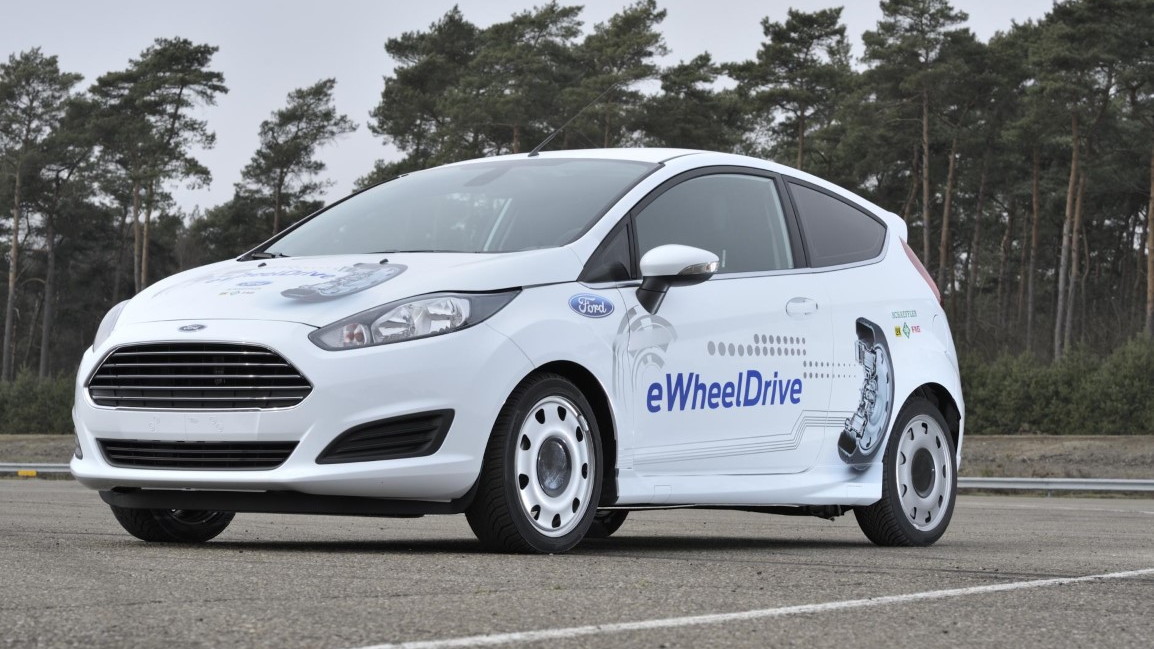 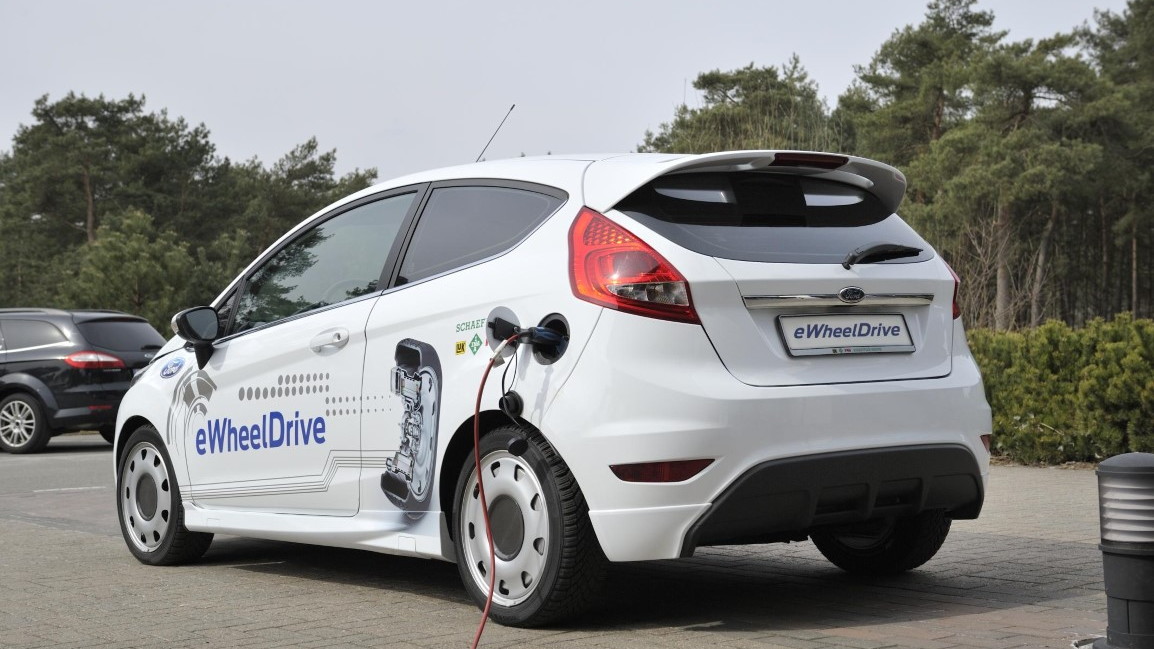 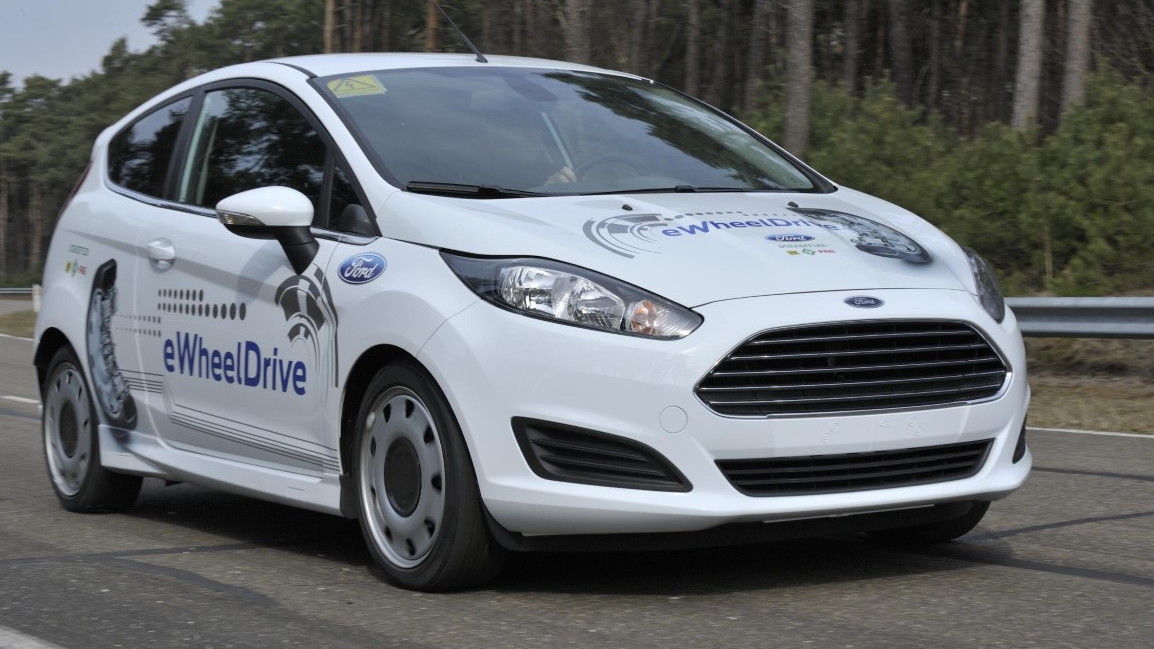 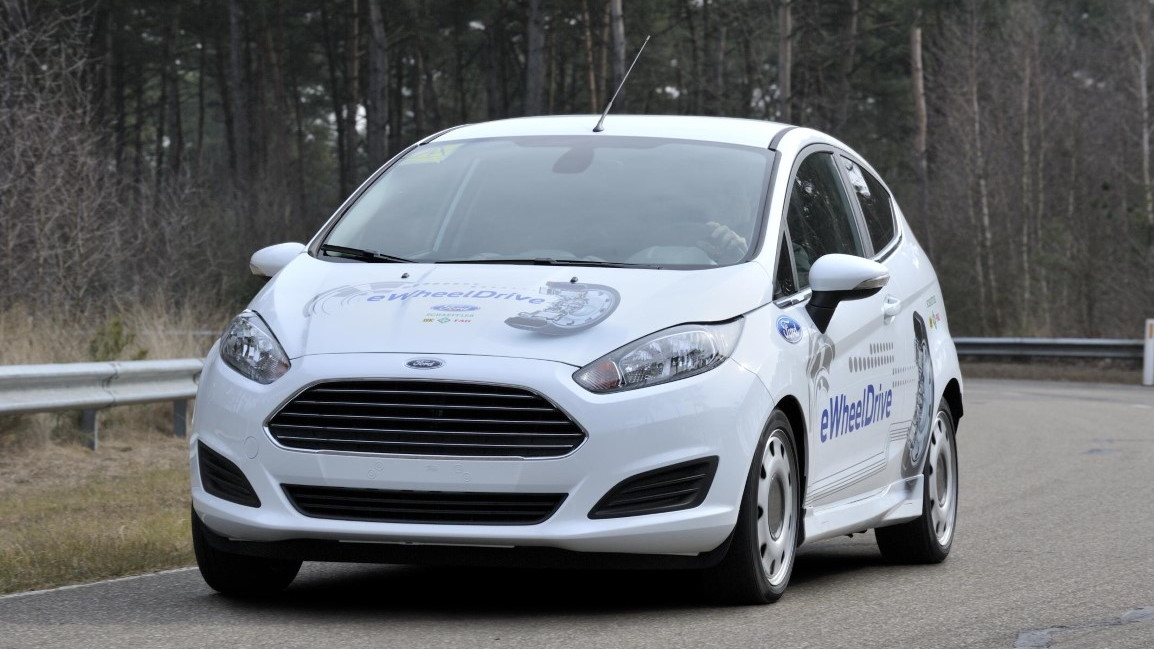 13
photos
When automakers test prototypes and new technologies, it's often done under the skin of an existing vehicle--partly to save costs, partly to avoid the gaze of prying spy photographers.

That's why the Ford Fiesta you see here looks nothing special, save for some basic wheels and its not-for-U.S. three-door body.

Under the skin though, it features the latest in-wheel electric motor technology from Ford and partner Schaeffler.

In fact, this Fiesta is hugely different from the regular gasoline models, and exists solely to help the companies develop the future of urban mobility and smaller, more agile city cars.

For a start, it's a full battery-electric vehicle with no conventional engine. Second, those batteries don't simply drive a central drive motor feeding its power to the wheels, but drive two in-wheel electric motors instead.

And thirdly, those motors are actually mounted in the rear wheels in this particular example, rather than the usual driven fronts. Ford says all the components needed for drive, deceleration and driver assistance are integrated into the wheel hub.

Regular electric systems are relatively space-efficient compared to those found in conventional vehicles--it's why many electric cars have flat floors, and why the Telsa Model S has two trunks--but in-wheel motors take that a step further, freeing even more space for passengers and luggage.

Ford and Schaeffler are heavily emphasizing the urban benefits of such a car, particularly the potential for perpendicular parking (trying saying that one after a few alcoholic beverages...).

In-wheel motors with a particular hub design would allow all four wheels to turn at 90 degrees, making curbside parking a cinch even in the busiest cities.

By freeing up interior space, cars themselves could become more space-efficient, while getting smaller to aid congestion.

“We face challenges that will have to be addressed through time, thought and investment,” explained Sheryl Connelly, Ford’s global trends and futuring manager. “It is by starting to look at how we might meet those challenges through research projects such as eWheelDrive, that we ensure that we embrace a future of choice and not a future of constraint.”

It certainly has us excited--and while we're unlikely to see an actual electric Fiesta any time soon, this particular example could influence Ford's small vehicles many years in the future.