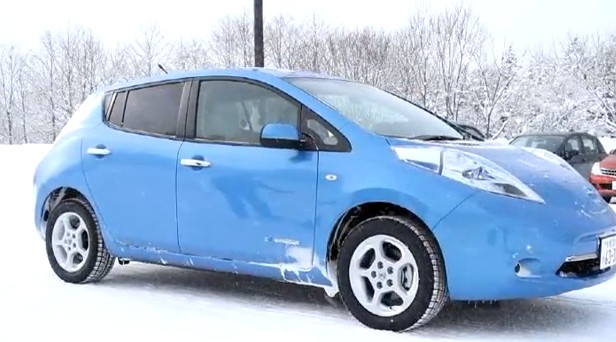 Earlier this month, we covered January's plug-in electric car sales in the U.S., noting that sales fell by about half from the last few months of the prior year.

As a percentage, plug-in cars were 0.3 percent of the American market in January 2013--down from 0.5 percent in December, but still twice as high as the prior January.

Now we turn our attention to deliveries in neighboring Canada, to follow our recent rundown of all 2012 plug-in electric sales in Canada.

Canada: land of the 0.1 percent

January was the fourth month in a row in which reported plug-in electric vehicle sales represented about 0.1 percent of the Canadian new-car market.  The readily available data shows 118 electric car sales, a slight uptick from 115 in December.  (These numbers don't include Tesla sales, because Tesla does not release monthly sales data.)

Among reporting auto companies, the Chevrolet Volt spent its eleventh consecutive month as Canada's the top-selling plug-in car, with 44 sales. This was a slight drop from December (57), and the lowest total since the Volt sold a combined 18 units in Jan/Feb 2012 at the tail end of the NHTSA safety investigation.

The Nissan Leaf spent a second month as the runner-up, moving 37 units (December sales: 27) seemingly on the strength of continued incentives to clear out 2012 inventory before North American-built 2013 models arrive. Sales were the highest since December 2011, when the Leaf achieved its Canadian sales record (59).

The Toyota Prius plug-in rounded out the top three, achieving its best monthly sales (33) in its five months on the Canadian market. (Available since March 2012 in the U.S., it made its Canadian debut in September.)

Just four Mitsubishi i-MiEV's were sold in Canada in January, its lowest monthly sales since its launch 15 months ago. Given the i-MiEV's sales performance in the US -- selling half as many vehicles in January 2013 as it did in all of 2012, on the back of incentive programs -- the company probably isn't overly concerned.

While automakers don't release province-by-province sales data, it's a safe bet that Quebec again led the way for Canadian plug-in sales in January.  Through December 2012, slightly more than half (1,128 of 2,222) of reported electric-car sales in Canada took place in la belle Province.

The accomplishment is all the more impressive given that the province has just 24 percent of the country's population -- meaning Quebecers' electric-vehicle adoption rate is twice that of other provinces.

Observers might think British Columbia -- birthplace of Greenpeace, home to Canada's most temperate cities, and the country's per capita hybrid leader -- would lead the way with electric cars. Surprisingly, this is not the case: BC's share of plug-ins (14 percent) is almost exactly in line with its proportion of the population (13 percent).

With that in mind, a review of some factors for Quebec's electric vehicle successes is warranted, especially given the province's harsh winters -- by some measures, it's home to three of the seven coldest cities in Canada -- which would normally be expected to decrease plug-in popularity.

Quebec has offered generous incentives for electrified transportation: as noted in January, the province offers comprehensive Canada-leading rebates, ranging from $500 for regular hybrid vehicles, up to $8500 for certain plug-in electrics.

Rebates will end after the 10,000th vehicle, and at time of writing, only 600 rebates remained, all for regular hybrids.  As such, the coming months will offer a chance to assess the price sensitivity of Quebec plug-in electric car buyers. 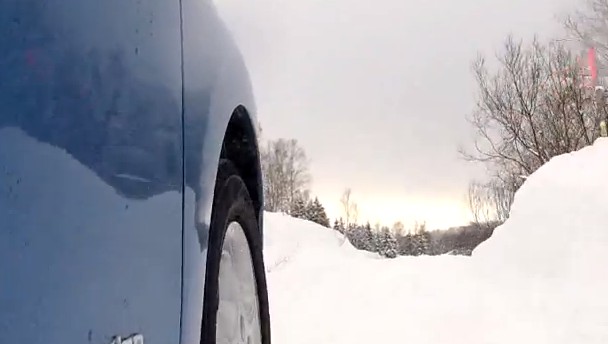 These incentives were part of the Quebec government's 2011-2020 Action Plan for Electric Vehicles, which called for an investment of $250 million ($3000 per capita) for electric vehicles and associated industry, leveraging the province's extensive hydroelectric resources while reducing the province's global warming emissions.

Quebec is a major exporter of hydroelectric electricity -- so much so that Hydro-Quebec, the provincial utility, claims the ability to handle 1 million electric vehicles without adding substantial capacity. That would be almost one-quarter of the cars in the province.

The fact that the province receives 98 percent of its electricity from hydro power may be one reason it was able to enact a token carbon tax in 2007 of $3.50 per tonne CO2 or three cents per US gallon: the utility sector was already on-side.

Since many Quebecers use their extraordinarily cheap electricity (compare Montreal's residential rates of $0.07/kilowatt-hour to San Francisco and New York City's roughly $0.22/kWh) for residential space heating, the net effect for most voters was a minuscule increase in gas prices.

As a point of interest, British Columbia -- which enacted a revenue-neutral carbon tax in 2008, currently at the equivalent of $30 per tonne CO2, or 27 cents per US gallon -- is also a hydroelectric province, albeit one whose power generation is roughly in line with consumption.

Hydro-Quebec currently produces about 200 terawatt-hours of electricity per year, roughly in line with New Mexico.  About 12 percent of the electricity is exported, and the utility's expansion plans could roughly double this figure in the coming decade from planned hydroelectric and wind developments alone.

A prescription for plug-in success

In this context, Quebec's success with electric vehicles in Canada, can be seen to stem from the provincial government and utility acting aggressively on their natural, aligned interest in the plug-in electric car sector.  For Hydro-Quebec, electrified transport is a prudent way to invest in captive home-market demand.

For Quebec leadership, it offers the prospect of creating national champions in an emerging "green jobs" industry, with the the collateral benefit of reducing the province's global warming emissions.

[EDITOR'S NOTE: As published, this article did not identify that the 600 rebates remaining in Quebec were for regular hybrids. It also incorrectly cited electricity prices for industrial customers in Montreal, San Francisco, and New York City, misidentifying them as residential rates. These errors have now been corrected, and the author offers a chastened thank-you to alert readers Ricardo Borba and Xiaolong Li.]

Matthew Klippenstein is a professional engineer and plug-in electric vehicle enthusiast.  A member of the Vancouver Electric Vehicle Association, he lives with his family in the nearby suburb of Burnaby, and blogs at www.eclecticlip.com.