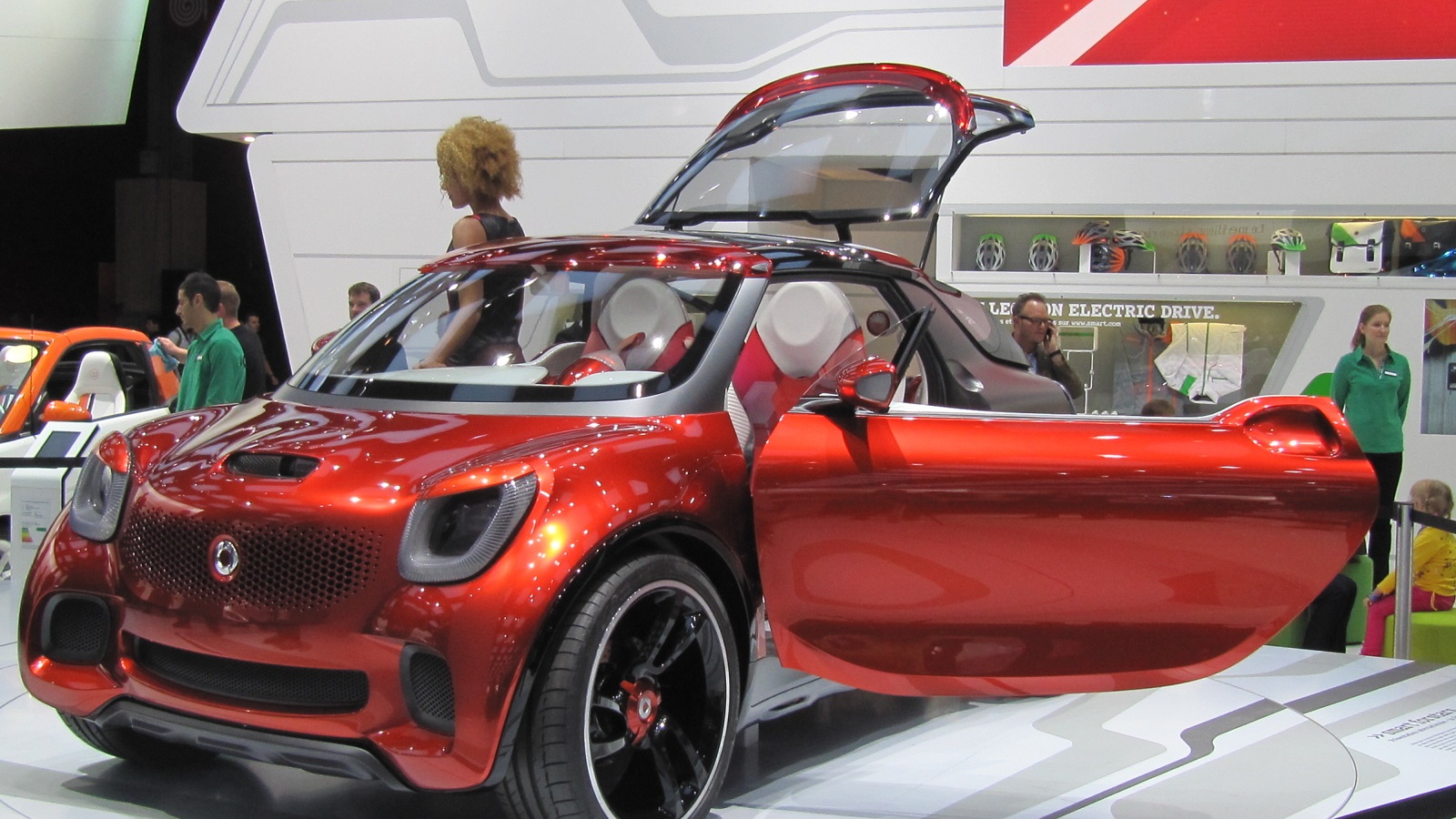 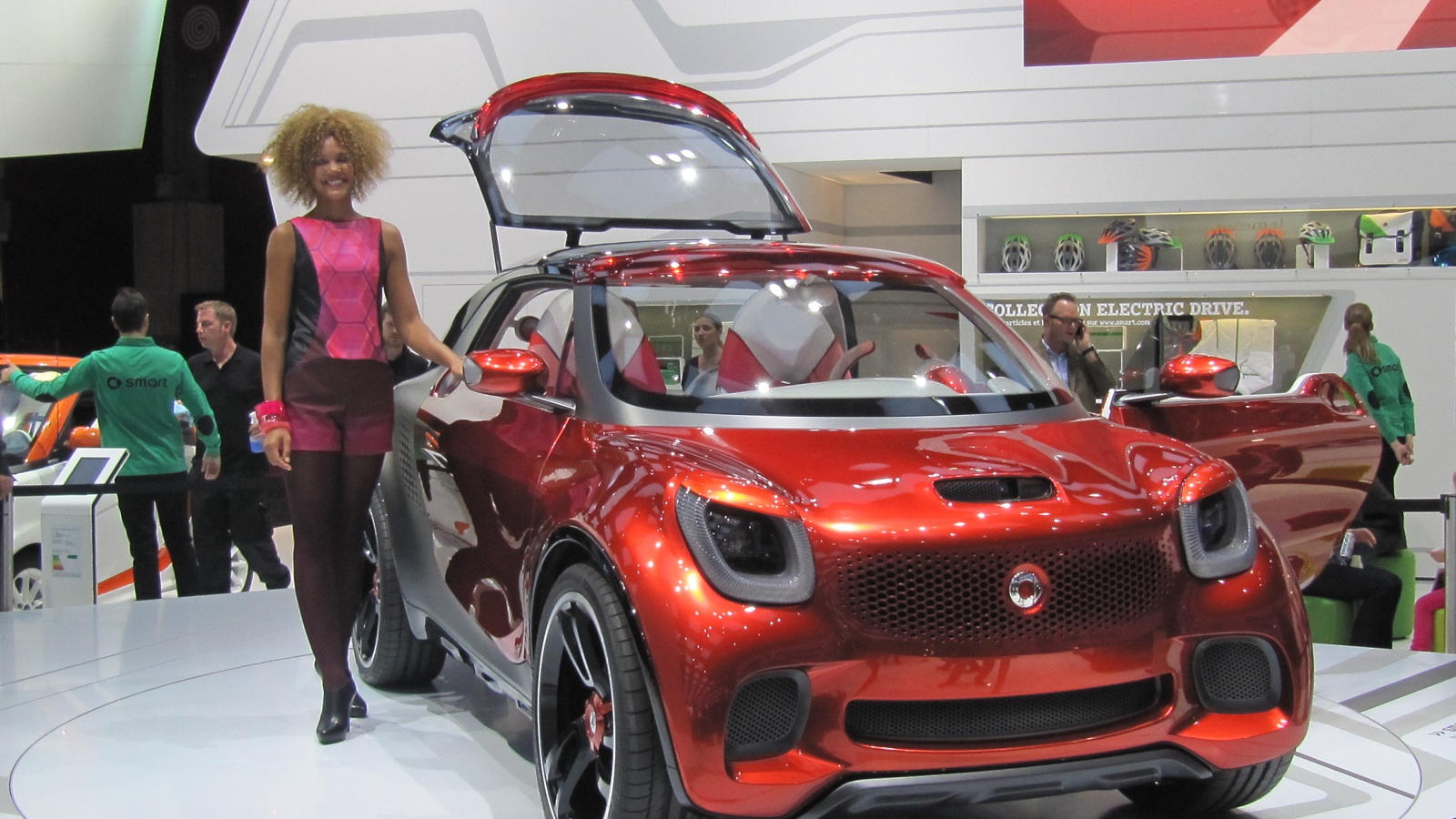 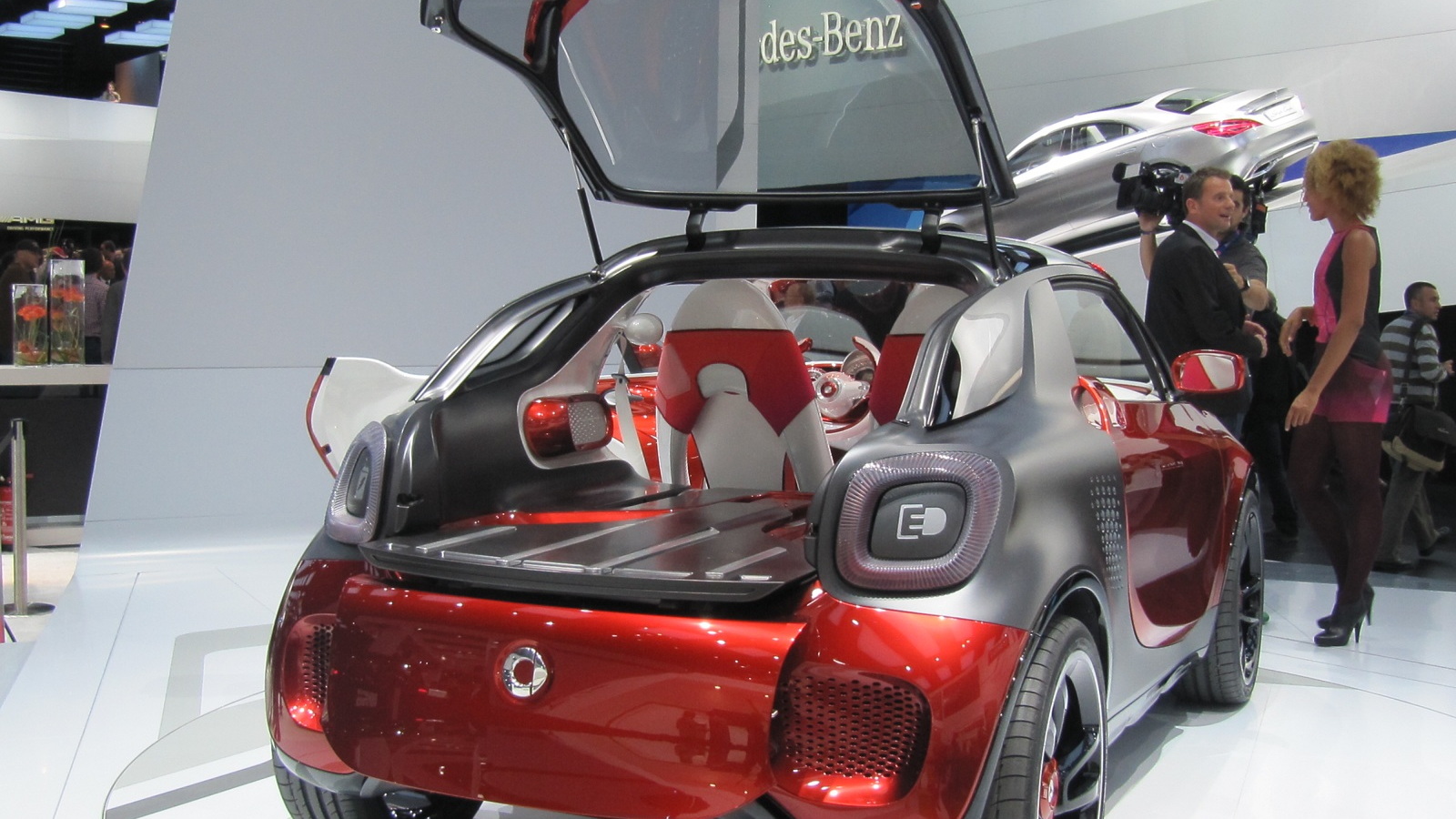 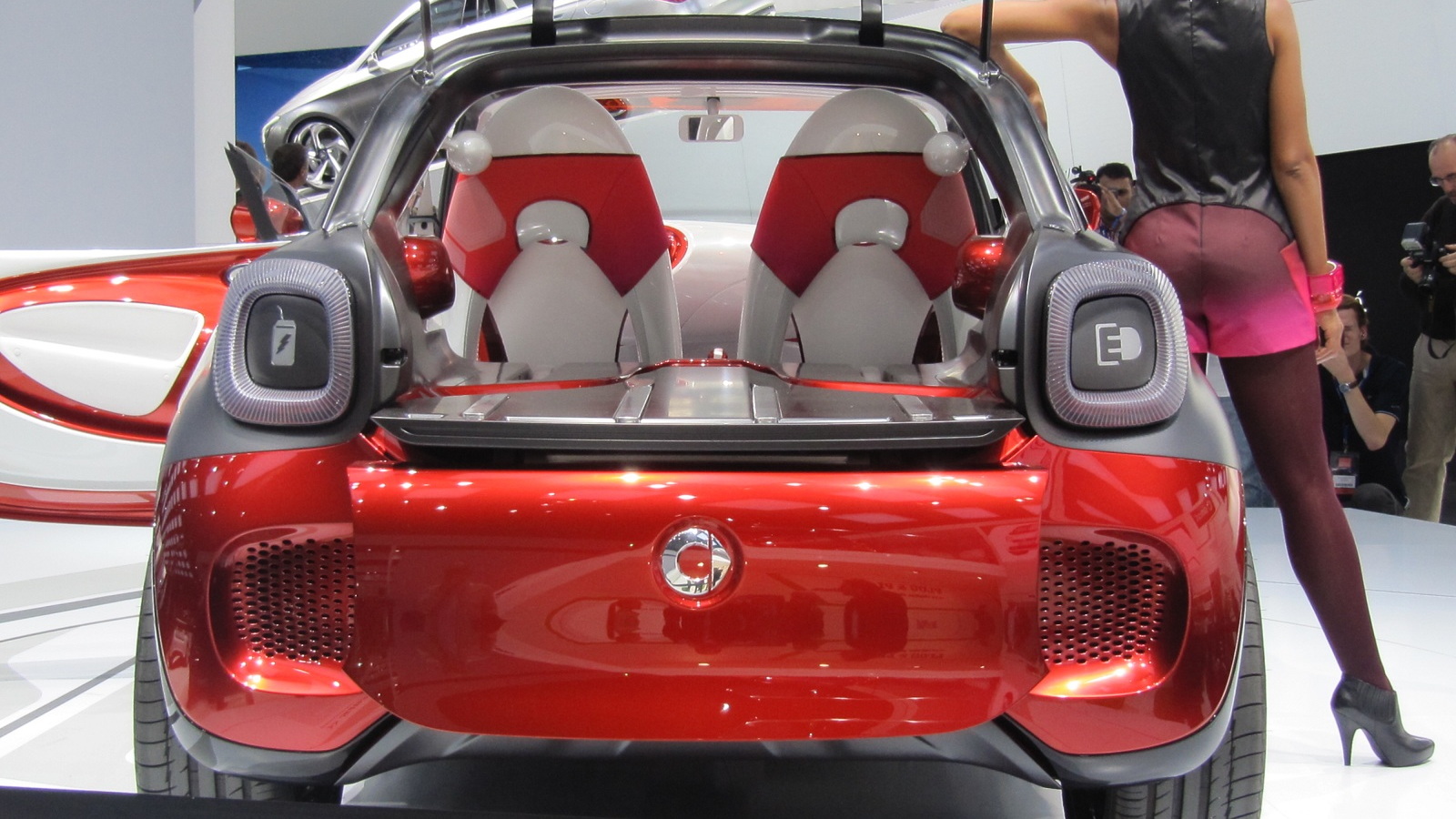 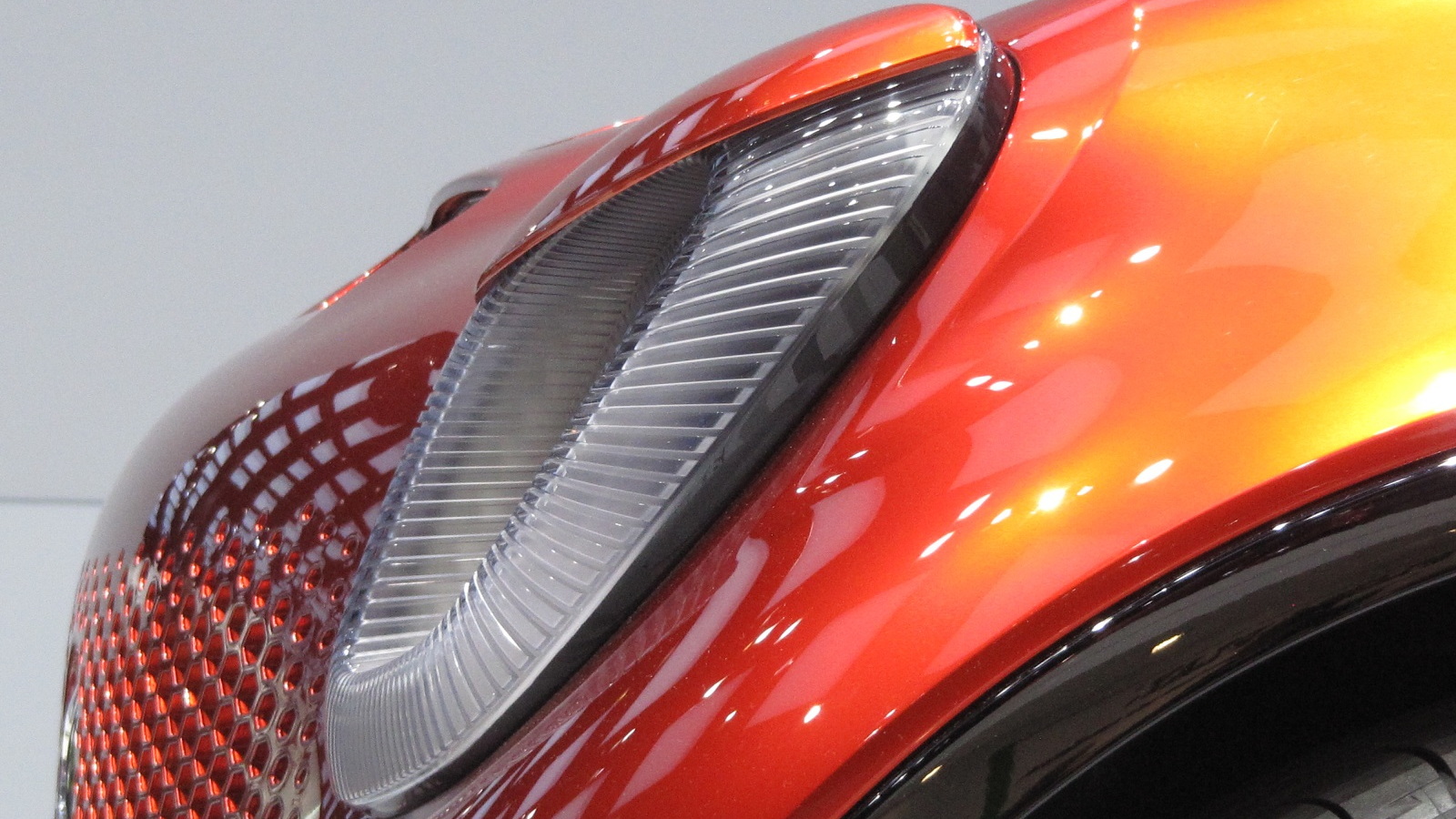 11
photos
Smart might be struggling to sell its ageing ForTwo at the moment but its design department is certainly keeping busy.

The 2012 Paris Auto Show, which got underway last Thursday for members of the press, allowed Smart to unveil yet another concept car previewing the next Fortwo, expected to be unveiled next year.

The Forstars concept is a small electric fastback coupe, with styling that could only come from Smart, but longer and sportier than the current ForTwo production car.

A distinctive shade of red metallic paintwork shows off some of the aggressive details, such as 'rhombic' headlamps with frowning eyebrows, and contrasts with the matte gray 'Tridion' safety cell.

Mounted on the elongated hood is a projector, for watching films when parked facing a wall, and the Forstars name stems from the glass roof, which lets the car's occupants look upwards on a clear night.

The interior is as clean and modern as we've come to expect from Smart's Concepts, suggesting that the next Fortwo's interior could be more flowing and organic than the square-edged dashboard of the current car.

The Forstars concept uses the same electric powertrain as the BRABUS-tuned third-generation Electric Drive, which means an 80-hp electric motor (powering the rear wheels, as with all Smarts), and a 17.6 kWh lithium-ion battery pack. The latter is enough for 87 miles of range in the current Electric Drive model.

Like other recent concepts, the For-US, Forvision and Forspeed, the Forstars hints at some of the styling details we might see on the next generation Smart Fortwo.

For more news and photos from Paris, check out our dedicated Paris Auto Show page.