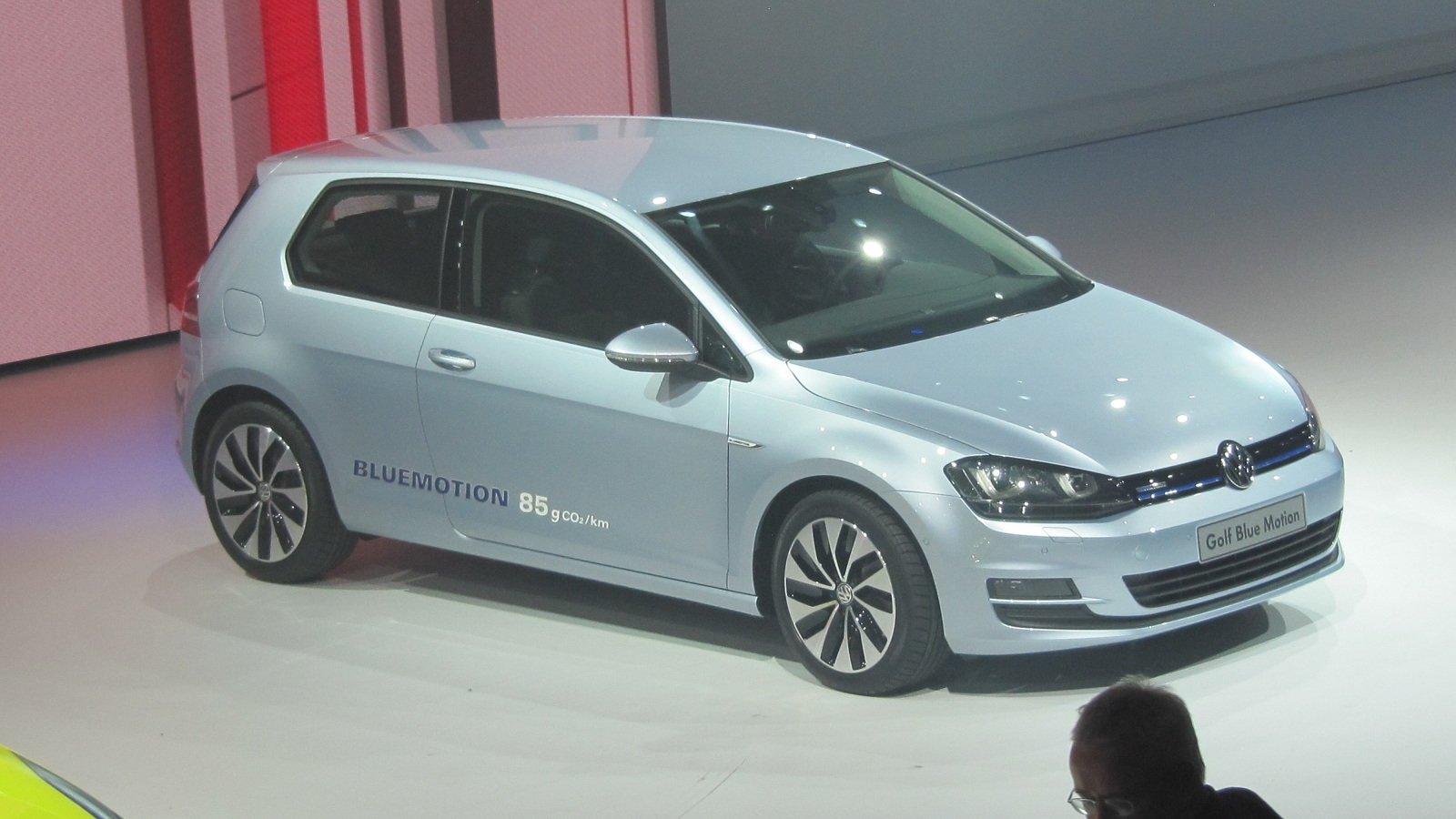 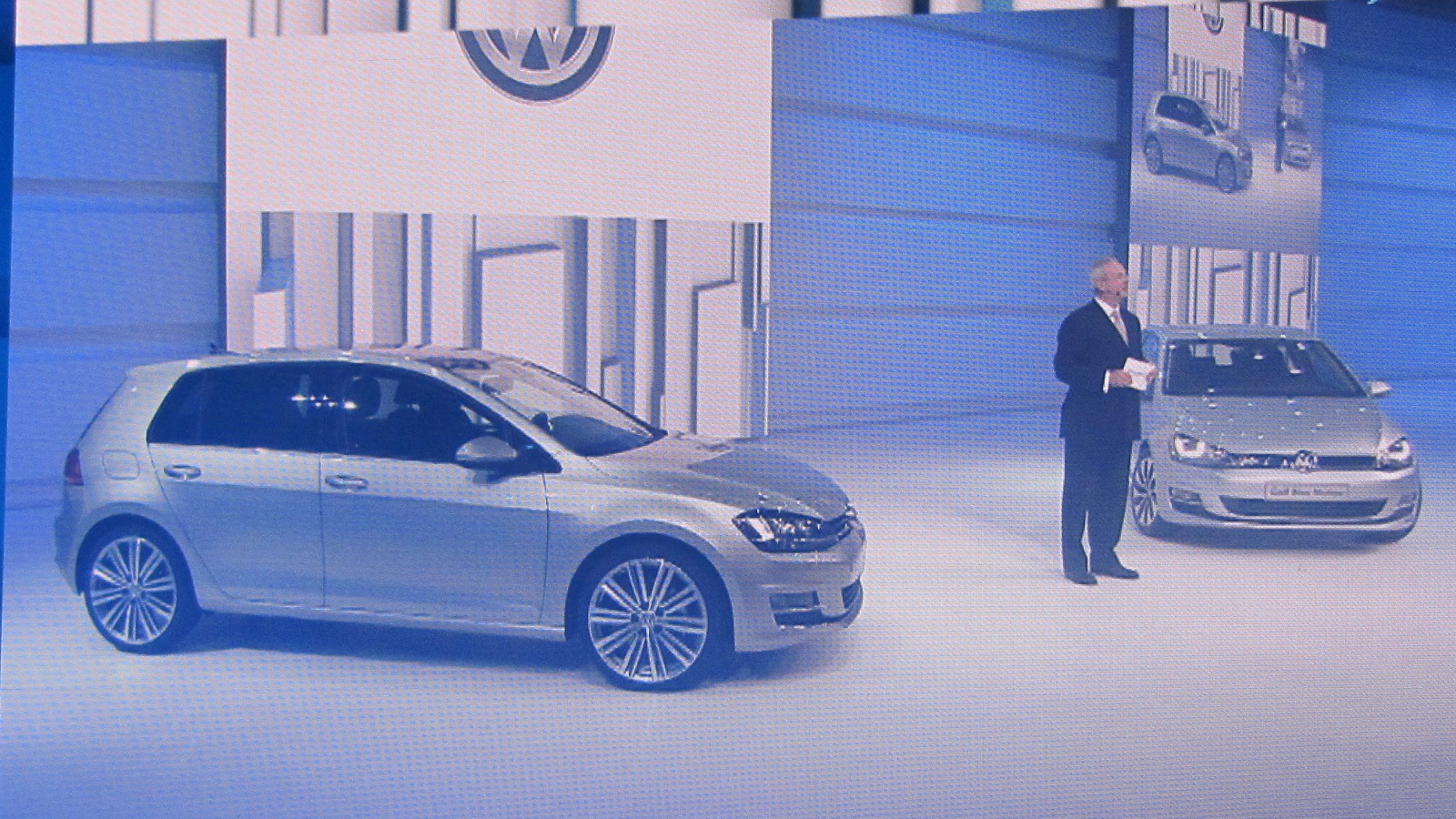 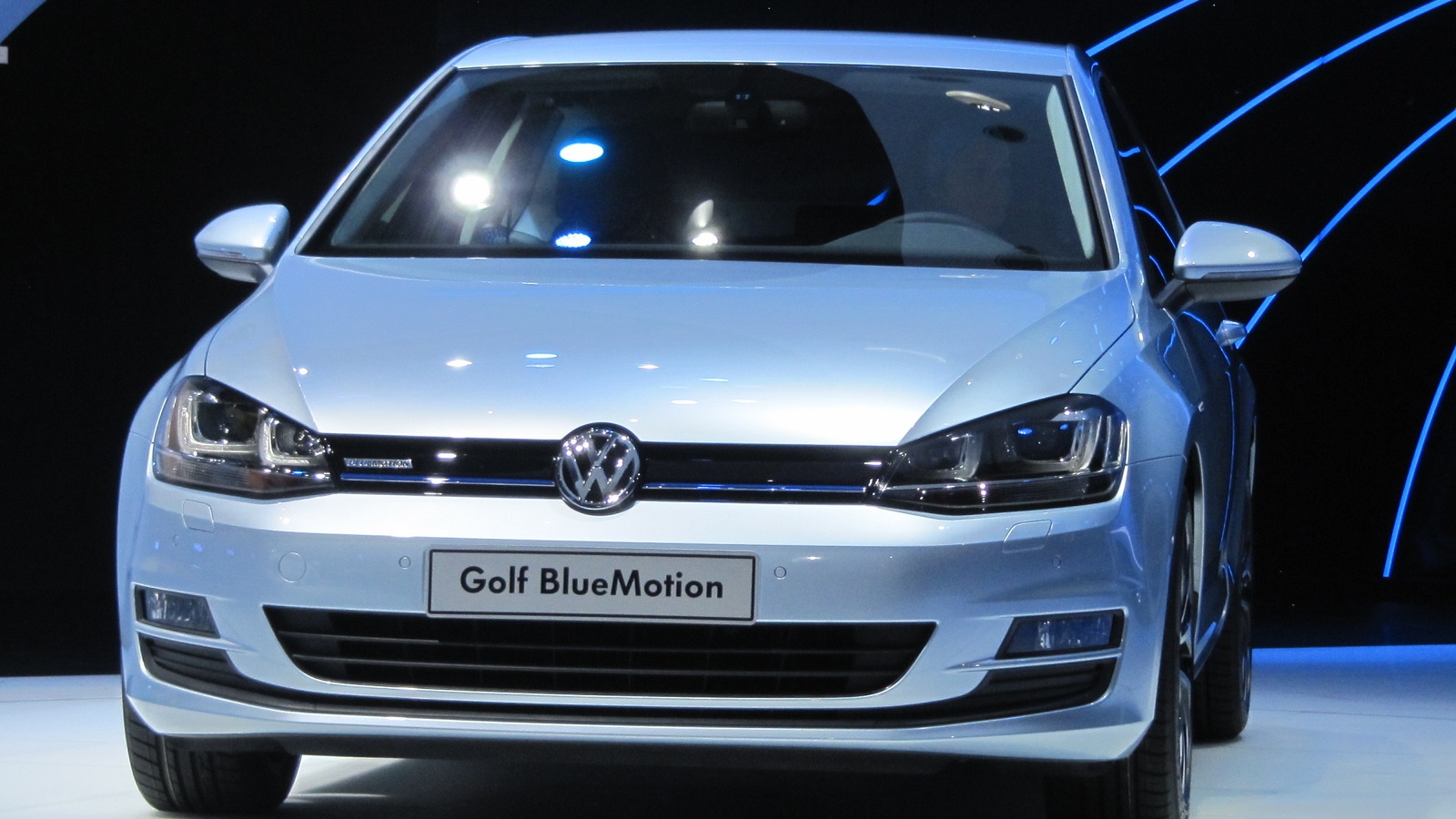 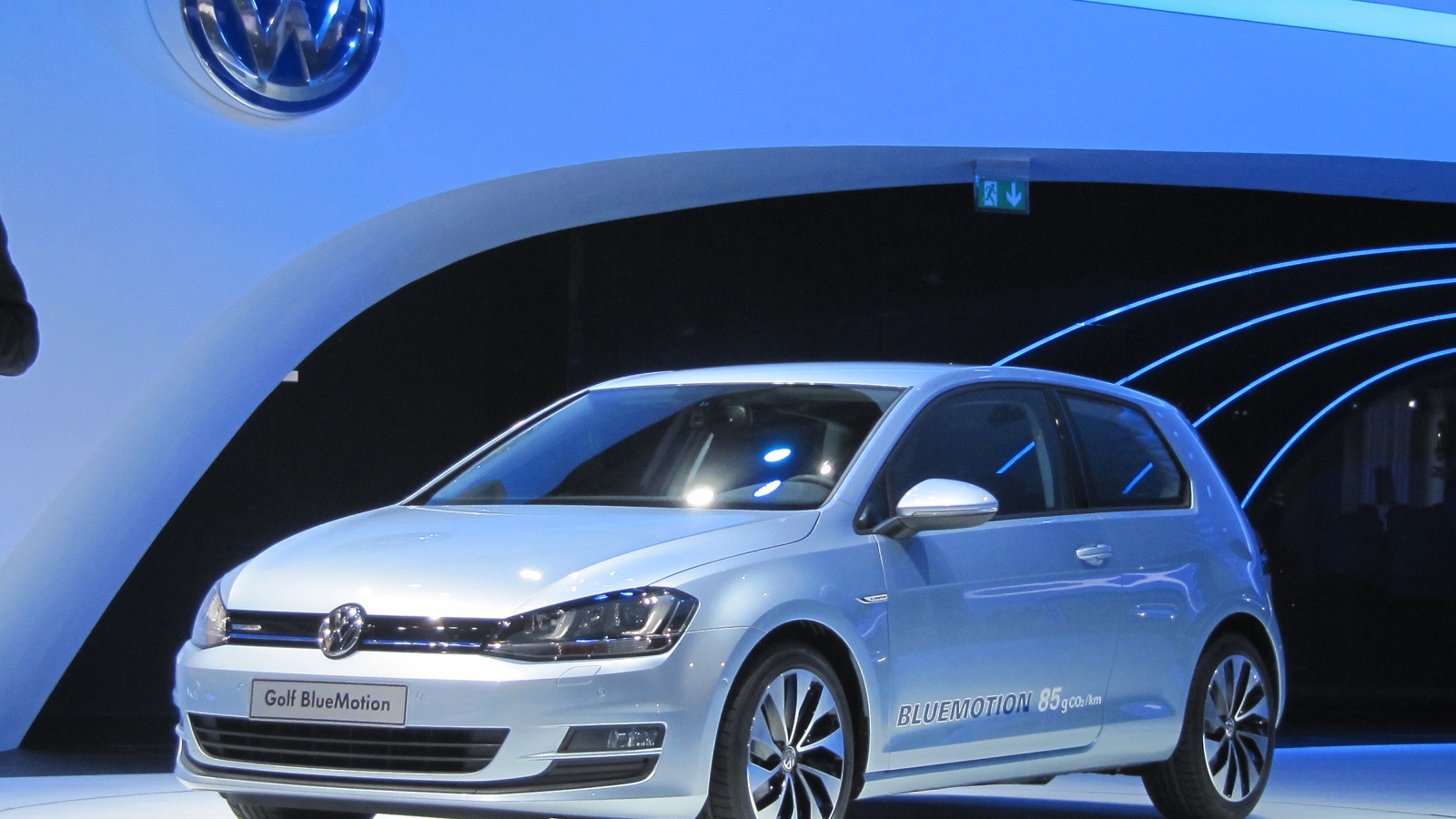 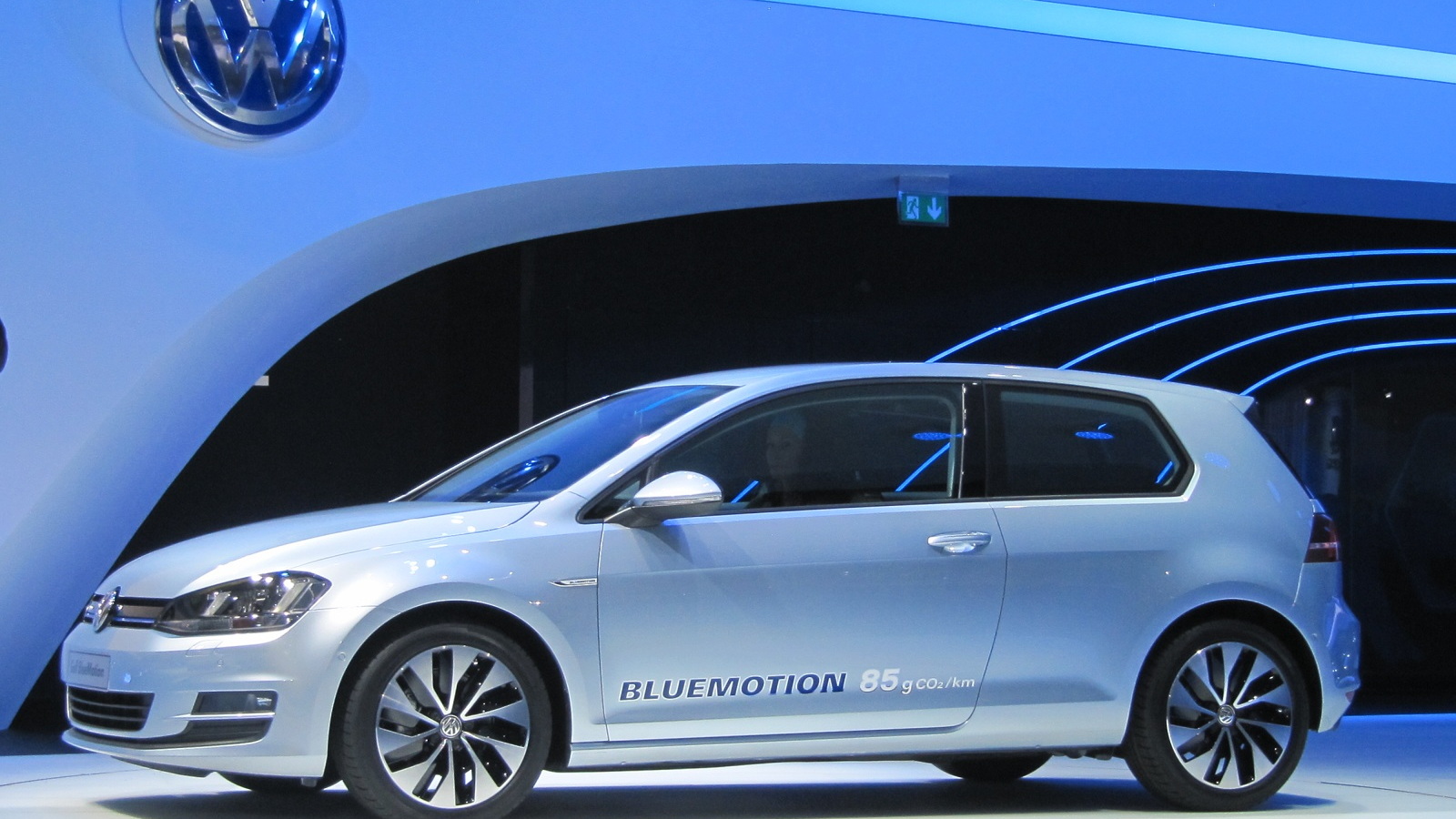 As today marks the start of the 2012 Paris Auto Show, we’re likely to see lots of interesting green cars over the next few days that we’ll never see in the U.S.

Volkswagen says its engineers have worked on a variety of improvements to the engine design to ensure maximum efficiency, including a two-stage oil pump, switchable electric water pump, and water-cooled intercooler.

The 2014 Golf BlueMotion also includes an exhaust gas recirculation system to help the engine warm to optimum temperature quickly, even in the winter.

Like all the other all-new seventh-generation Volkswagen Golf models making a debut in Paris today, the Golf BlueMotion, is significantly lighter than its predecessor.

It also includes start stop, and regenerative braking, as standard.

But while the diesel-sipping Golf BlueMotion will hit the dealer lots in the U.K. and the rest of Europe next year, it won’t be making the trip across the Atlantic to the U.S.

That’s partly due to tough U.S. emissions laws on diesel engines, plus the general desire among U.S. consumers for slightly more powerful engines.

And unlike Europe, diesel cars are very much niche-market in the U.S.

For now, U.S. diesel fans will have to be content with the 2.0-liter TDi engine currently offered on the 2013 VW Golf, which will eventually be given a urea injection system in order to pass new, lower U.S. limits on vehicle nitrous oxide emissions -- the toughest in the world.