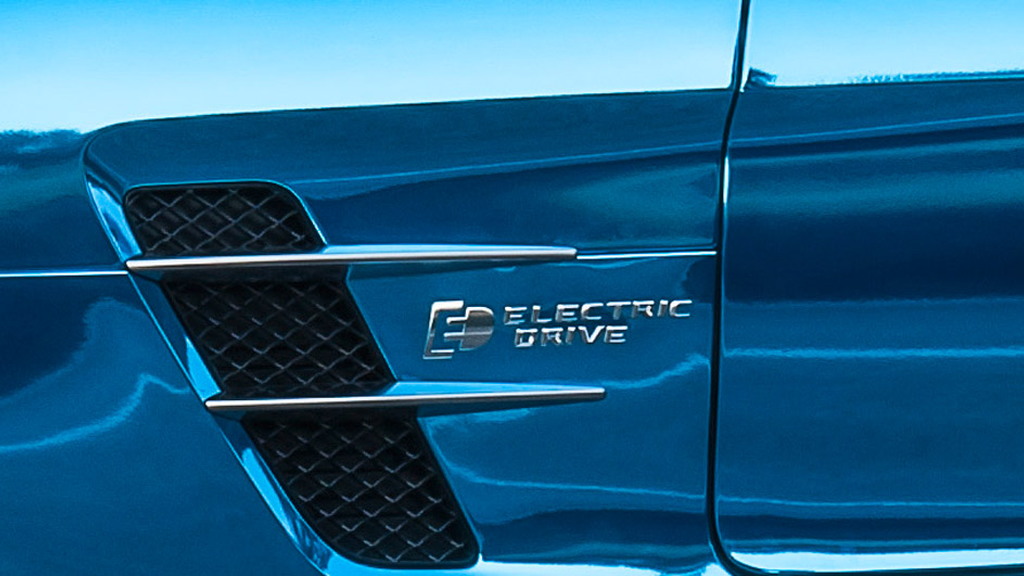 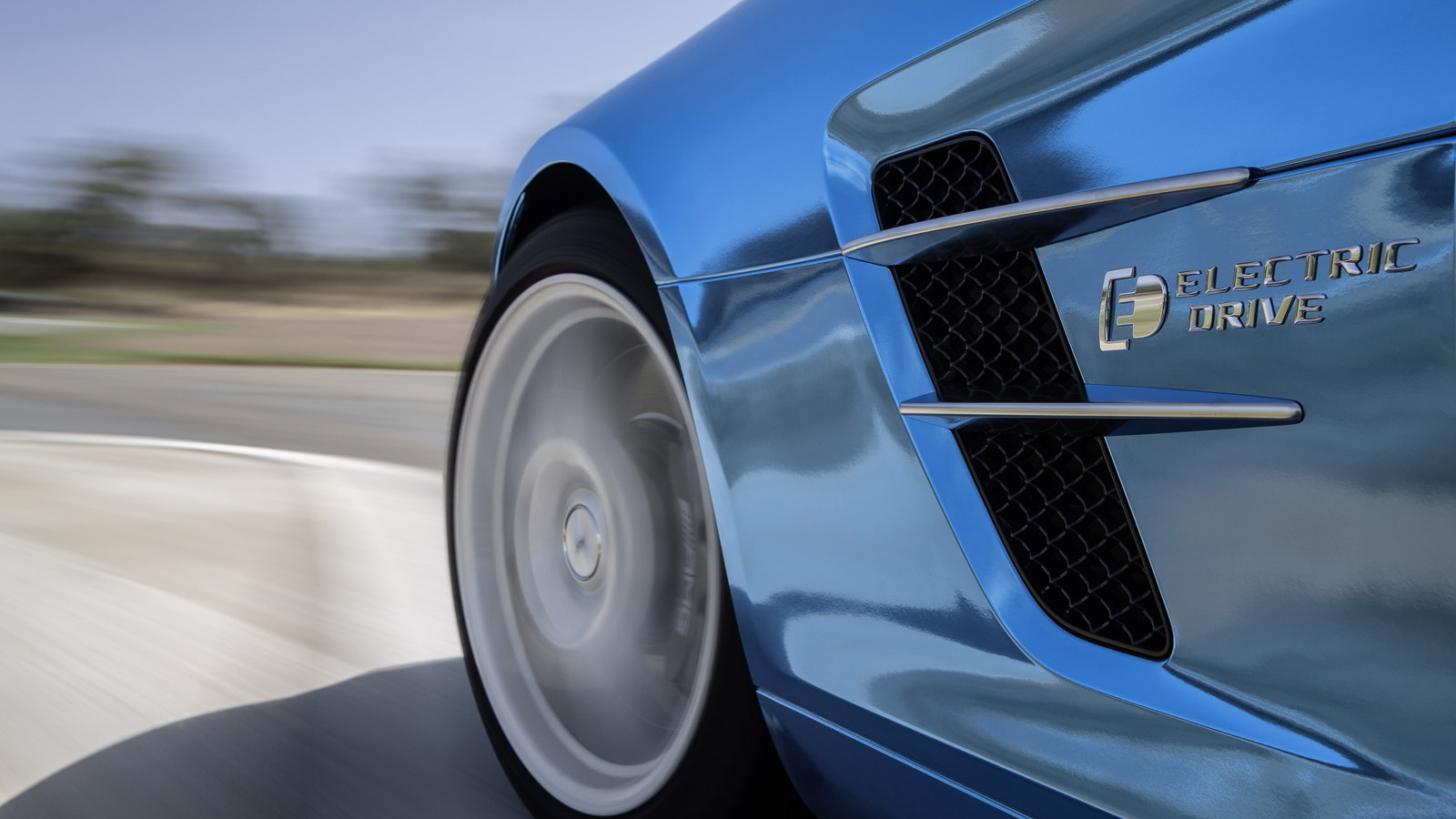 A few years ago, Mercedes-Benz teased us with the possibility that it would be building an all-electric version of its iconic gullwing supercar, the SLS AMG.

Today, on the opening day of the 2012 Paris Auto Show, Mercedes-Benz gave us the news we’d all been waiting for: the 2013 SLS AMG Electric Drive will go on sale in 2013.

The two year wait, from concept to production status, is over for the sexy supercar.

Powered by not one, but four electric motors producing a total of 552 kilowatts of power and 737 pound-feet of torque, the SLS AMG Electric Drive can accelerate from 0-62 mph in 3.9 seconds.

From there, it can reach an electronically-limited top speed of 155 mph.

As MotorAuthority points out, that kind of performance isn’t far off the top-spec gas-powered SLS AMG.

And with one motor per wheel, the SLS AMG Electric Drive makes use of a feature Mercedes Benz calls AMG Torque Dynamics.

With independent control of all four motors, the Torque Dynamics system improves not only handling, but safety, adding or removing power to each wheel as necessary to keep the car under control.

Because of its 1,200 pound, 60 kilowatt-hour battery pack, the SLS AMG Electric has been given a full carbon fiber monocoque to help it stay nimble. As a consequence, range is a respectable 150 miles on mixed roads.

The only bad bit is the price: when it launches in Germany next year, it will be sold for €416,500, including a 19 percent purchase tax.

Even after removing that purchase tax, and assuming it will be sold in the U.S. (which Mercedes-Benz has yet to confirm), that’s the equivalent of a cool $434,600.

It’s certainly desirable, but would you buy one?