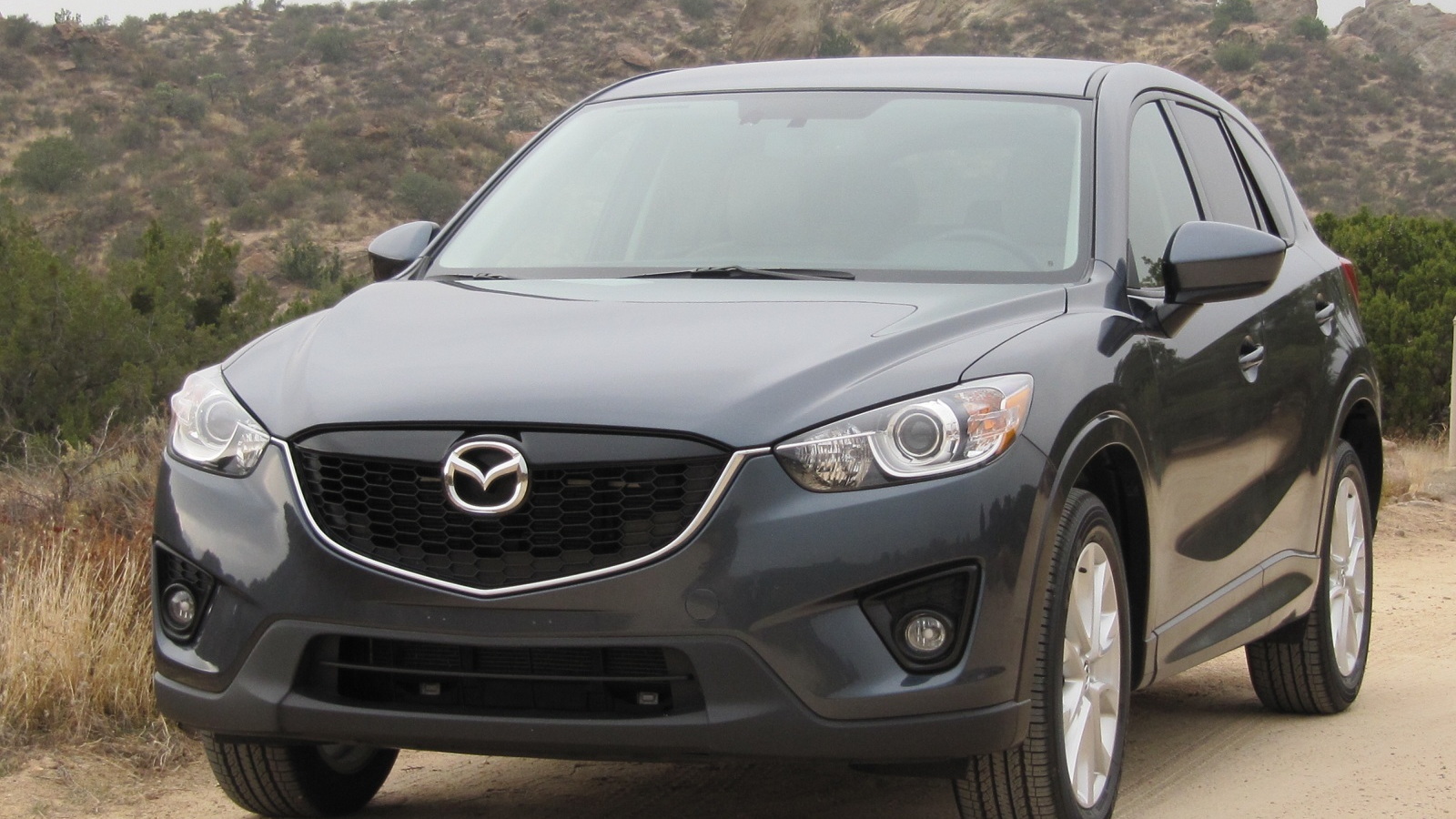 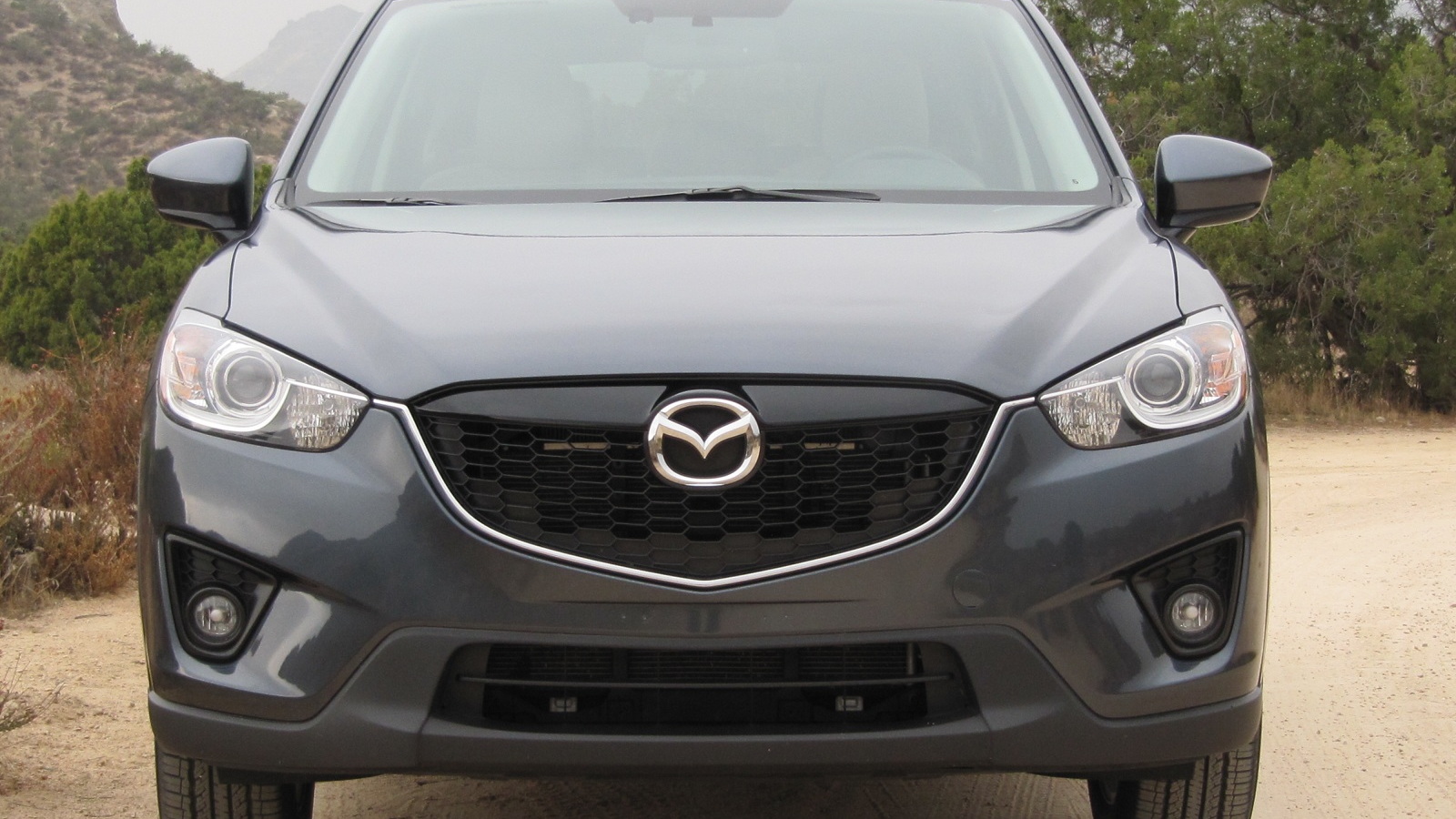 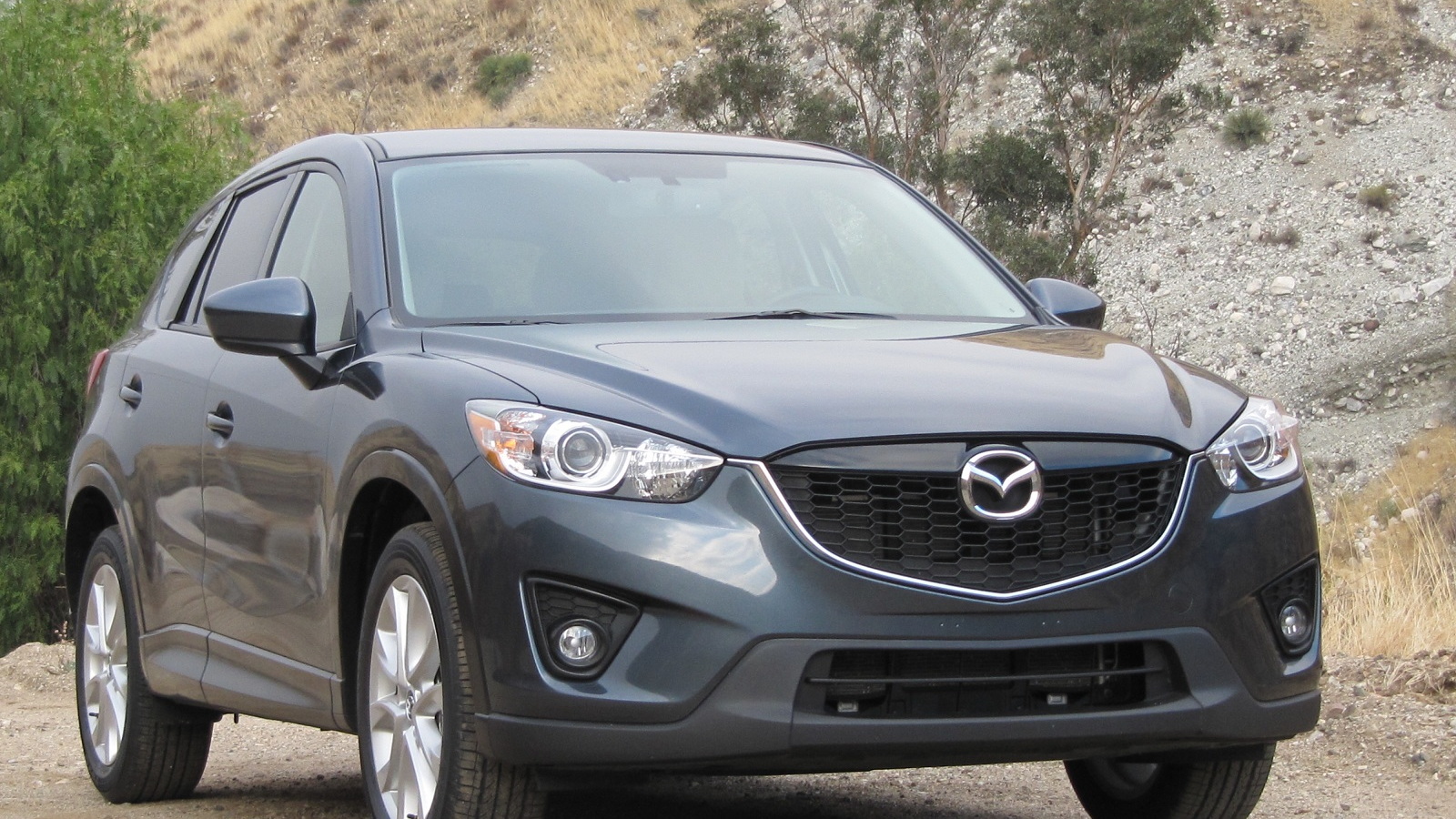 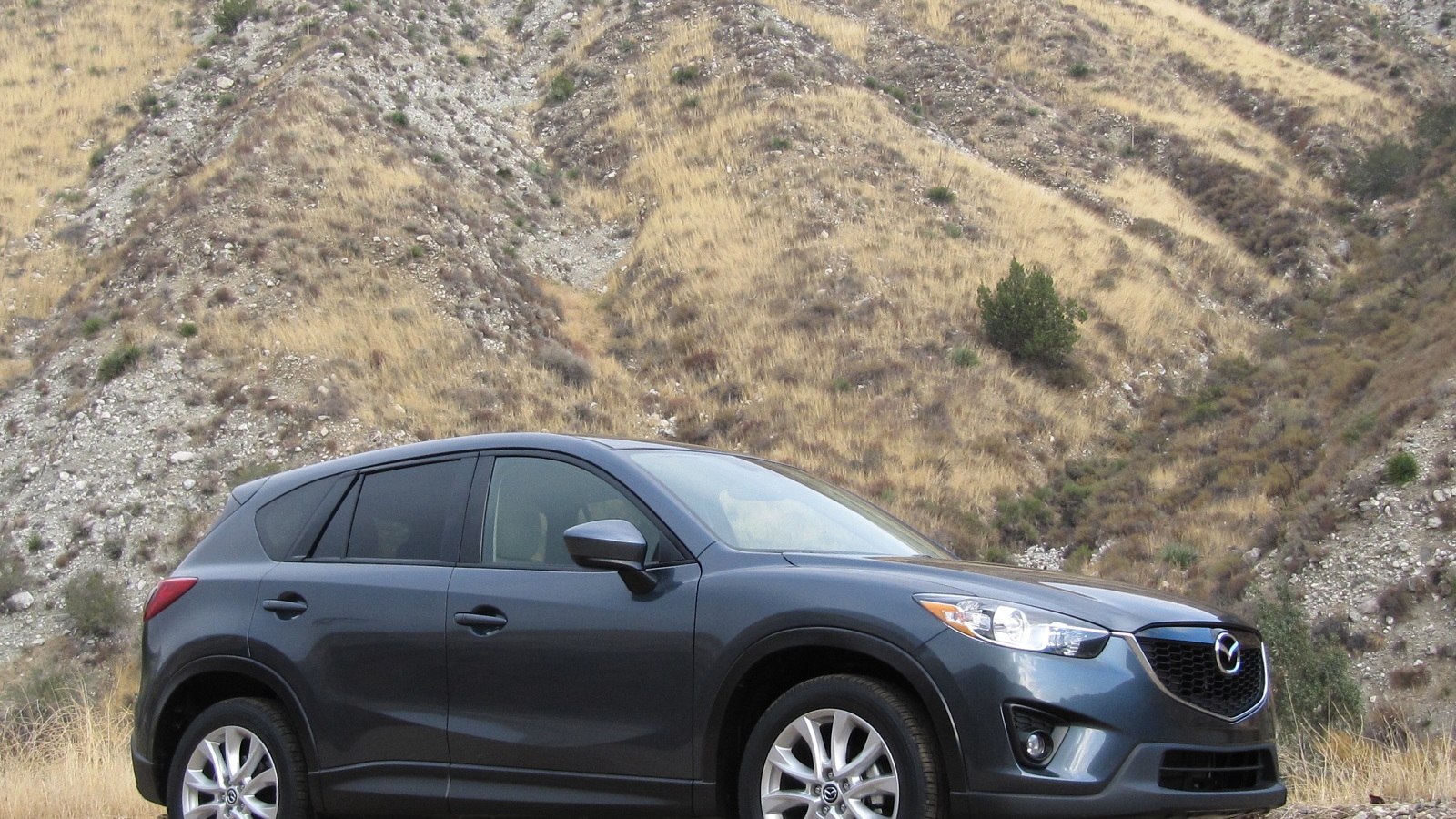 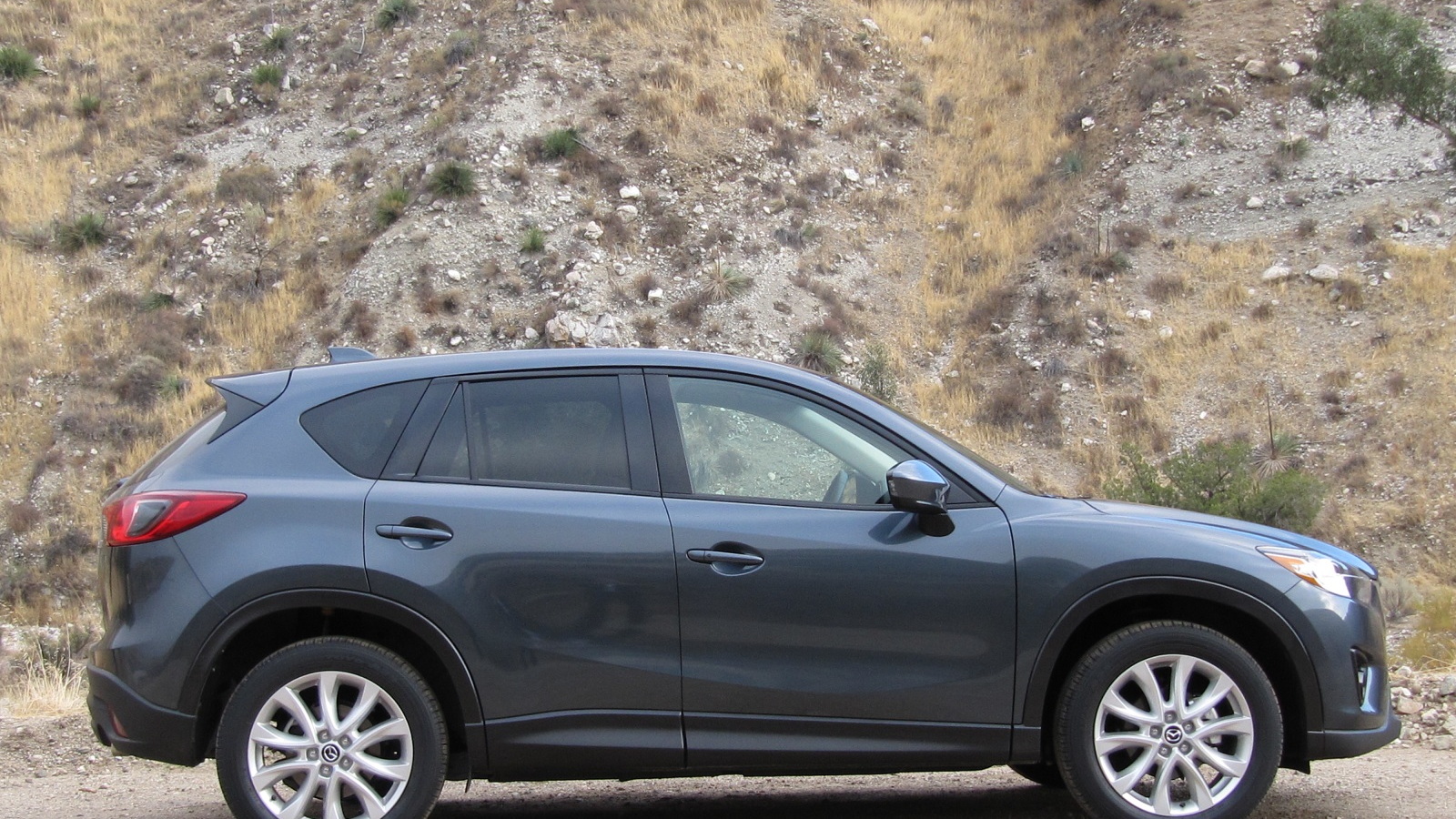 Let's face it: If you want the best gas mileage in a compact or mid-size all-wheel drive crossover, you have to go hybrid.

But hybrids are still more expensive than gasoline models by a few thousand dollars, and the majority of buyers prioritize price over those last few miles per gallon.

So the new 2013 Mazda CX-5 promises to raise the bar for gas mileage in the compact crossover segment.

At its introductory event in Los Angeles last week, Mazda projected the following ratings (although the EPA hasn't formally weighed in yet):

Those will likely produce combined ratings of 27 to 29 mpg depending on model. And Mazda says confidently that its test show the 2013 CX-5 consistently achieves the combined figure, unlike certain other makers, whose cars routinely fail to match their EPA fuel economy ratings in actual use.

In a real-world first drive that covered 140 miles, we got 24.6 mpg climbing up into the hills around Los Angeles, and an impressive 30.3 mpg coming back down, in an all-wheel drive model. So we think Mazda's claim may well hold up, though we'll reserve judgment until we do a longer road test sometime early next year.

The sole engine used in the 2013 Mazda CX-5 is a 2.0-liter four-cylinder that's the first of the company's new line of SkyActiv engines, which use a very high combustion ratio--13:1 in the U.S. market--and specially tuned exhaust routing, among other techniques, to extract maximum efficiency from each gallon of gasoline.

SkyActiv technology will also spawn a closely related 2.2-liter diesel engine, which will likely launch in the 2014 CX-5, though Mazda is remaining coy about exactly which models will offer the clean diesel option first.

But the diesel will likely kick fuel economy even higher, perhaps leading to the first compact crossover with combined gas-mileage ratings around 35 mpg.

We found the CX-5 a delight to drive, with neutral steering, handling, acceleration, and braking. It's definitely the driver's option among compact crossovers--though, to be fair, we haven't driven the all-new 2013 Ford Escape yet.

Mazda claims the load bay is the largest in the class, and we were able to fit four six-foot adults comfortably into the five seats. The interior is straightforward and frontal visibility is particularly good, although the view out the rear quarters is lousy--making the reversing camera almost a mandatory option.

Higher than CR-V, waiting for Ford

Ford hasn't yet said what it expects for 2013 Escape gas-mileage ratings, though like the CX-5, the new Escape won't offer a V-6 option. Instead, it will offer a base 2.5-liter four, plus both 1.6-liter and 2.0-liter EcoBoost direct-injected and turbocharged fours.

The 1.6-liter is likely to be the fuel economy champ for the new Escape line, and Ford has said it will have highway fuel economy as much as 5 mpg higher than the best Escape now, which is the 2012 Escape Hybrid--meaning its highway rating could be 36 mpg.

On sale in February

Compact crossovers are among the hottest segments of the auto market these days, and the competition for gas-mileage laurels promises to get even more intense.

Meanwhile, the 2013 Mazda CX-5 is a fun-to-drive, spacious, and practical new entry that's worth comparing to the volume entries: Ford Escape, Honda CR-V, and Toyota RAV4.

It goes on sale in mid-February, but Mazda hasn't yet released final pricing.