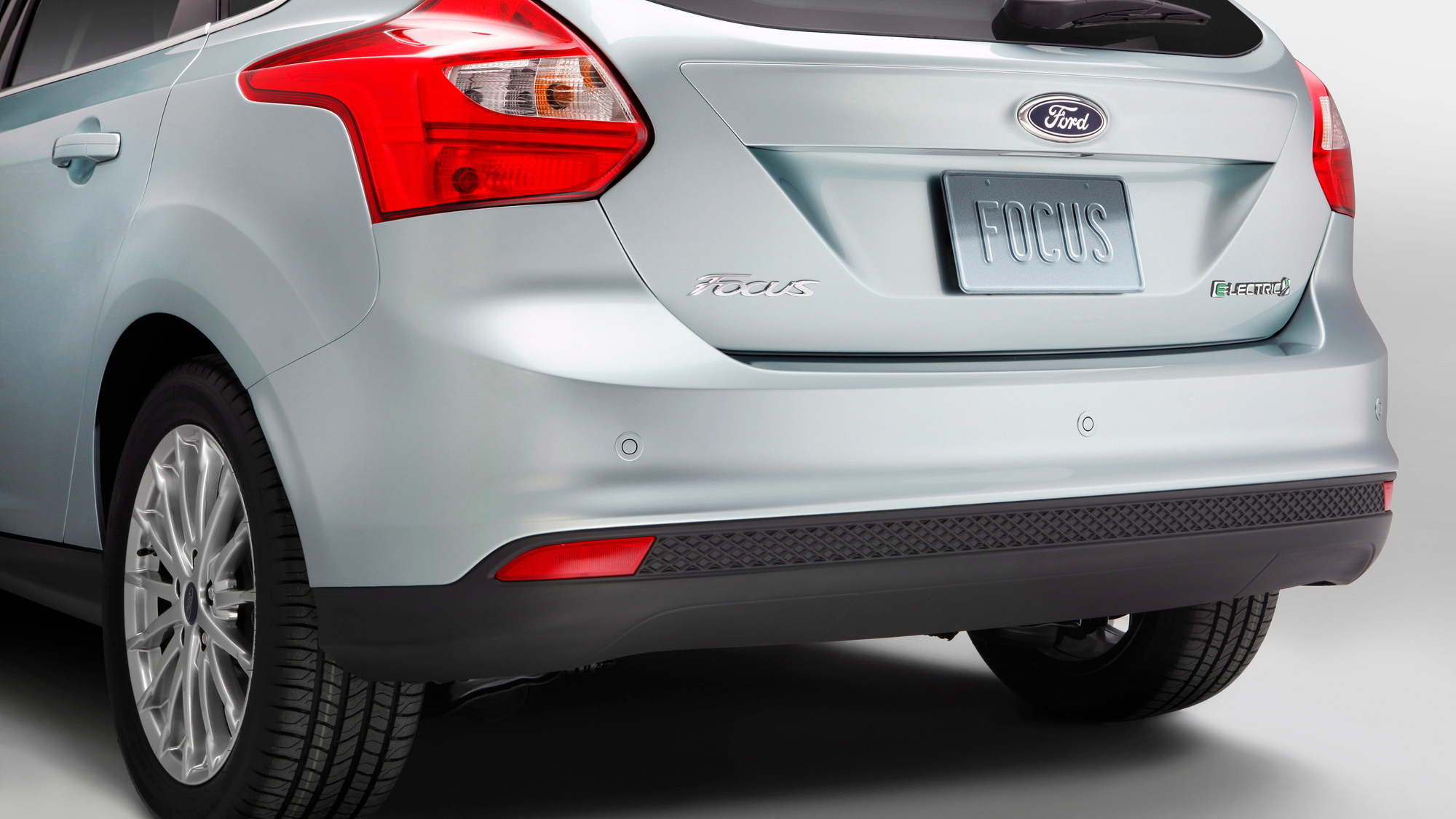 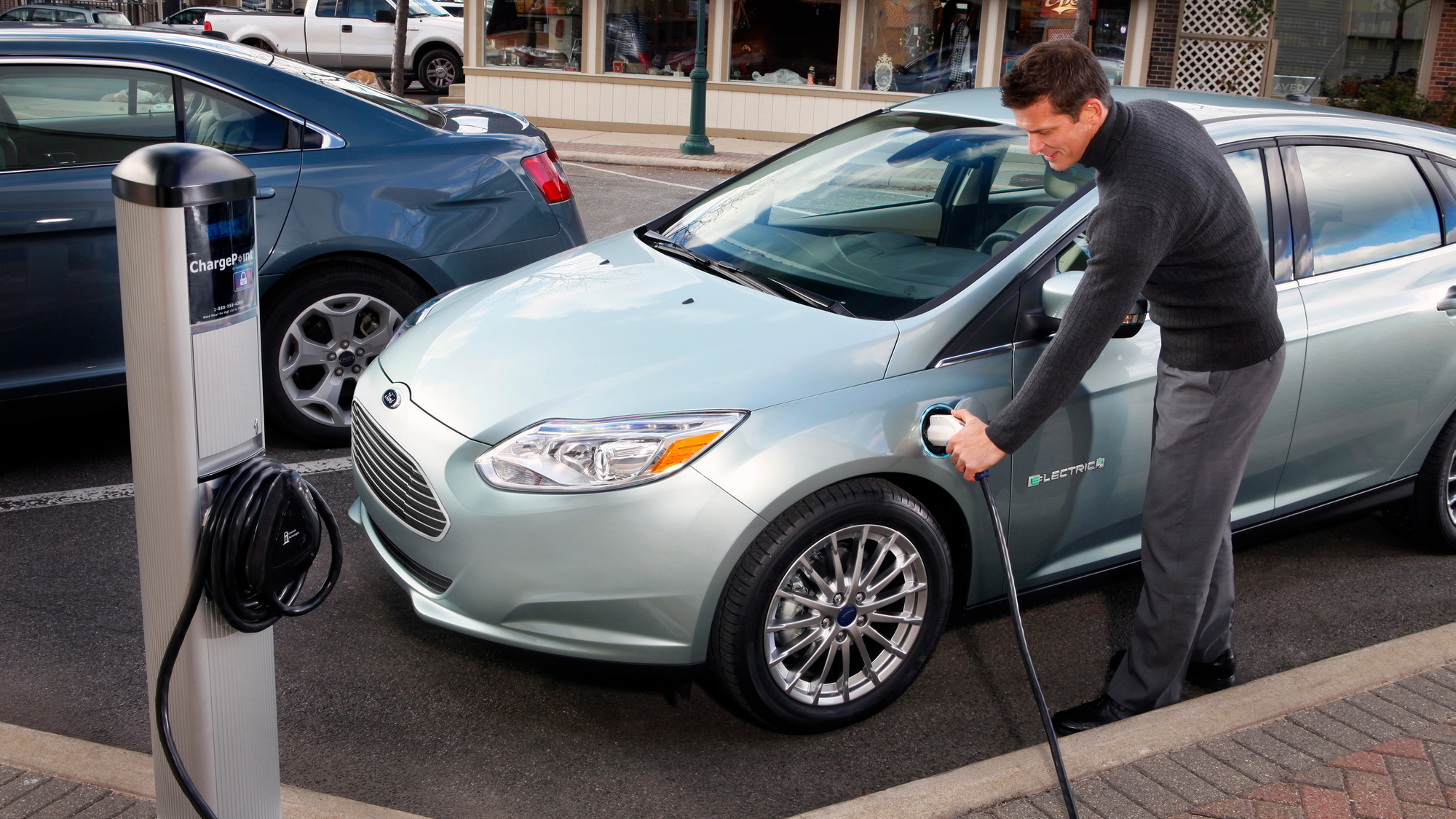 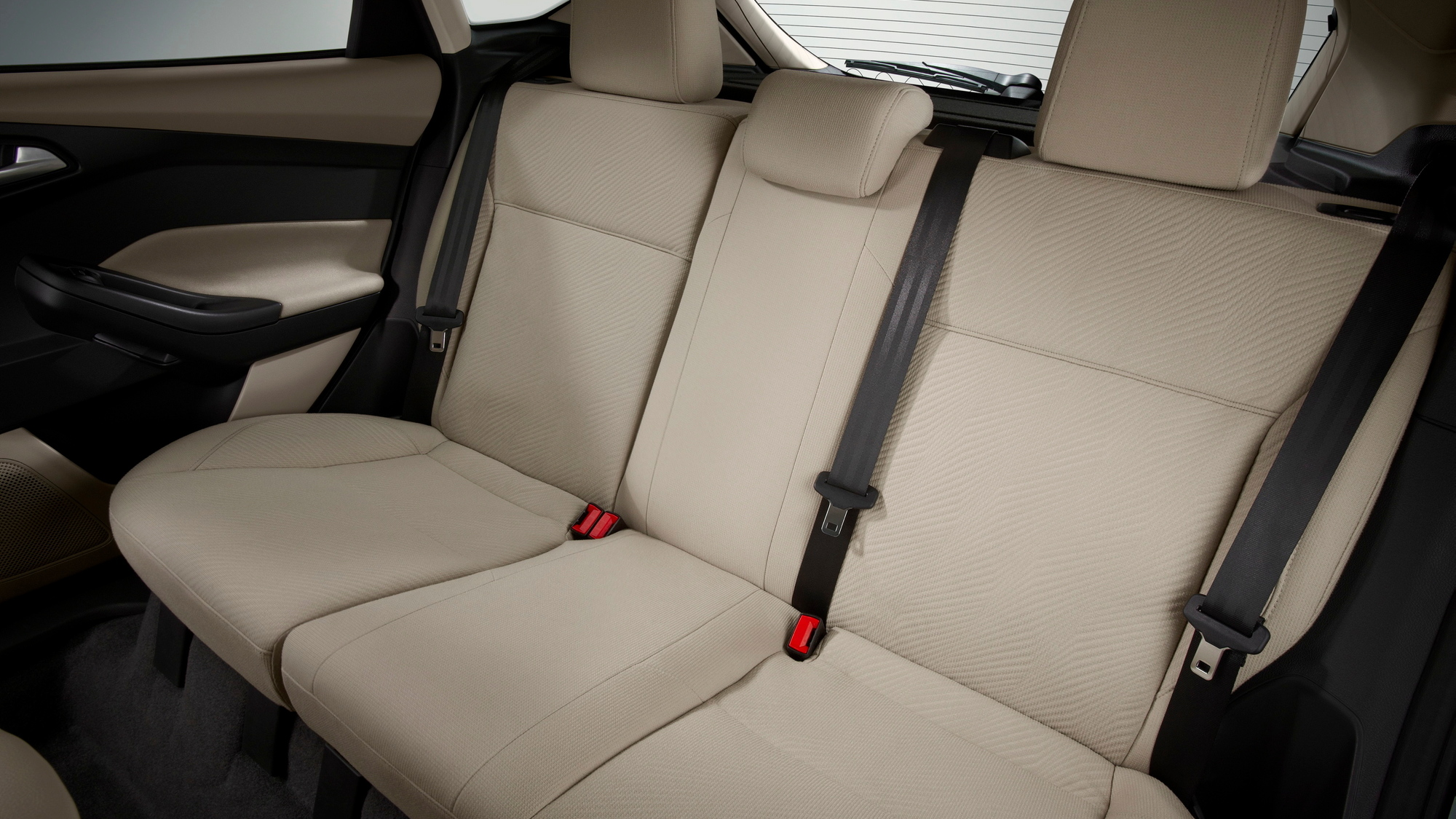 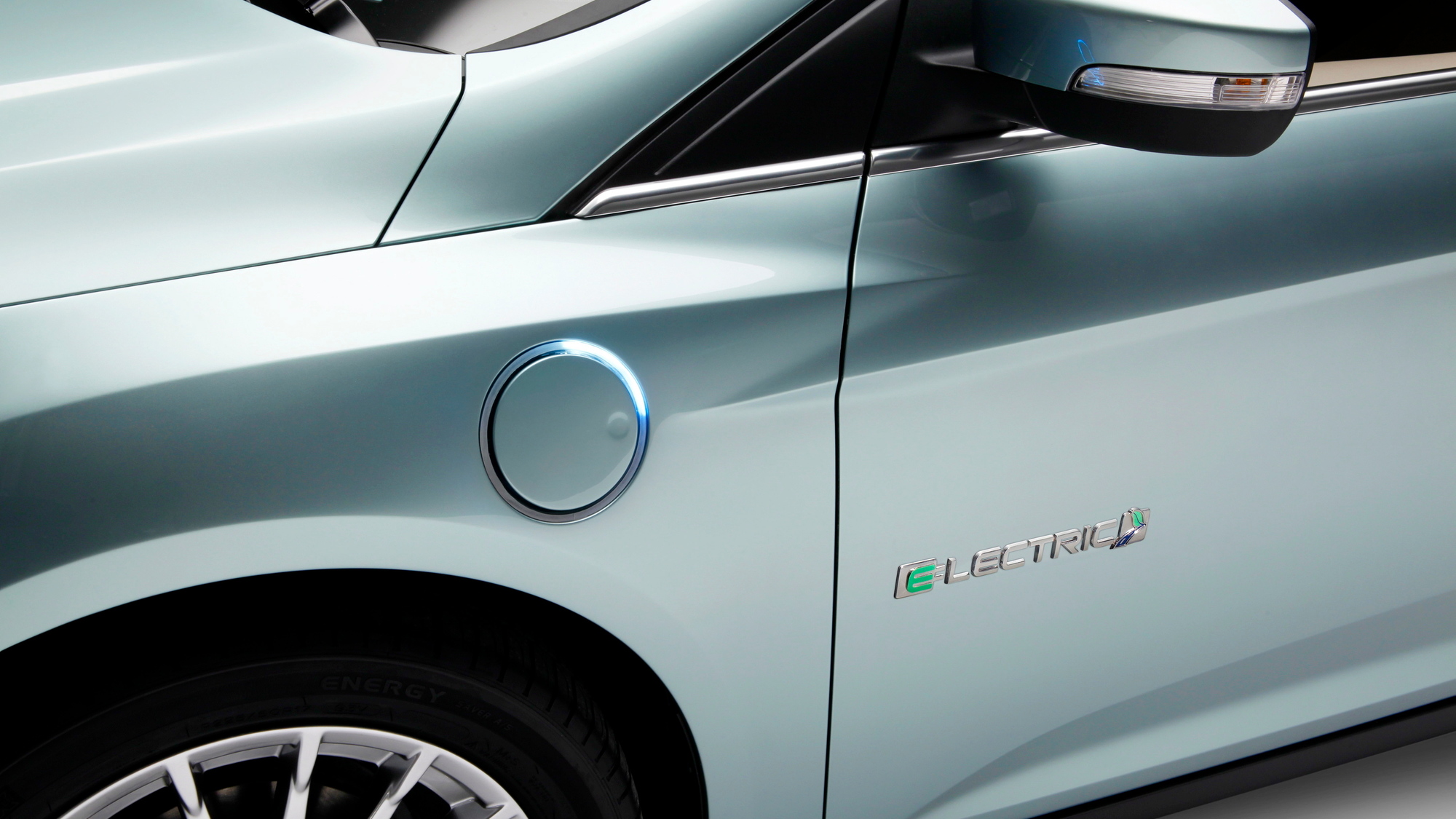 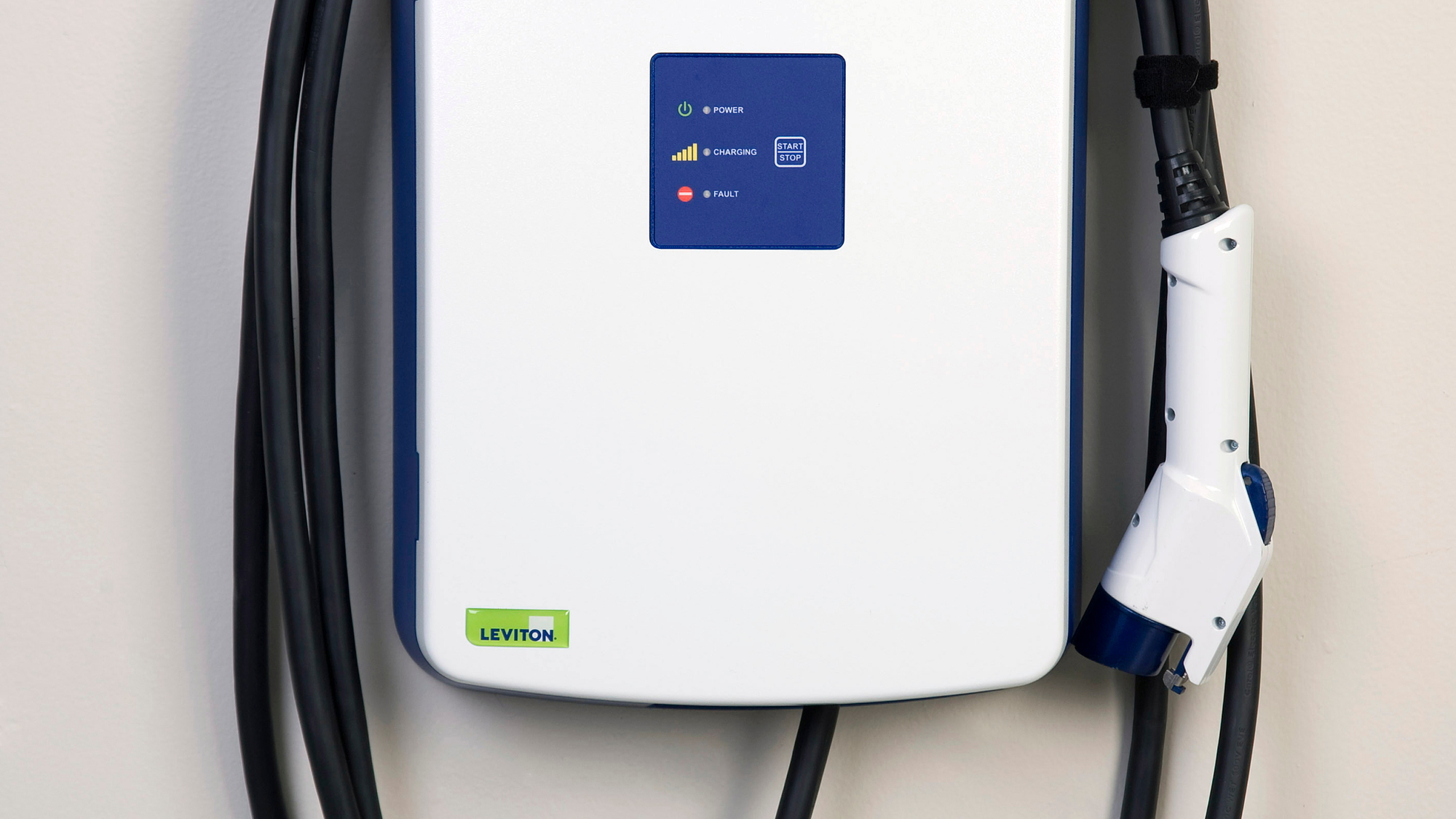 Ford’s first all-electric mass-produced car, the 2012 Ford Focus, isn’t yet available to buy in the U.S., but Ford thinks the delay in bringing it to market will be well worth the wait.

With what Ford claims will be a best-in-class fuel efficiency of 100 MPGe, and plenty of patented technology designed to help drivers get the best possible range out of its 23 kilowatt-hour battery pack, Ford is confident its 2012 Focus Electric will be a success.

The details were released today at a media event in Dearborn, Michigan, held before next month’s Detroit Auto Show, alongside more information about Ford’s upcoming 2013 C-Max Hybrid and C-Max Energi plug-in hybrid.

While Ford hasn’t said if the 2012 Ford Focus Electric has undergone official EPA tests for range and fuel economy, director of Ford Electrification Programs and Engineering Sherif Markaby is confident the five-seat hatchback will offer the best fuel economy of its class.

“The Focus Electric will break the 100 MPGe mark -- a great symbol of how Ford has transformed its fleet with many vehicles delivery leading fuel economy and efficiency,” he said in an official press release.

That said, the $39,995 2012 Focus Electric will be Ford’s most fuel efficient car on the market. Ford is keen to call it the flagship car of its new lineup for 2012 -- one-third of which will achieve a fuel economy greater than 40 mpg.

Ford is also keen to point out that the 2012 Focus Electric will be able to charge to full from empty in under four hours using a compatible level 2, 32-amp charging station, thanks to a 240-volt, 32-amp on-board charger.

Twice the capacity of the on-board chargers found in cars like the 2012 Nissan Leaf and 2012 Mitsubishi i, Ford claims that its more powerful level 2 charging system will enable customers to travel much further in a day than they could in rival cars.

But while the 2012 Ford Focus Electric features faster on-board charging, it doesn’t support the ultra-fast direct-current rapid charging option found on the 2012 Nissan Leaf and 2012 Mitsubishi i. Admittedly however, finding a level 2, 32-amp charging station in most areas is a lot easier than finding an expensive direct current charging station, making the Ford system more versatile for now.

Ford also claims charging will be cheaper in the Focus Electric, thanks to smart technology which can be set to charge the car when electricity is at its cheapest or greenest. normally late at night.

Designed to help coach drivers to be more fuel efficient, the Focus Electric features a display which expresses the amount of ‘spare’ energy the car estimates you will have after you reach your destination.

And while it displays that information in a kooky way -- with digital butterflies -- we like the glass-half-full optimism that Ford applies to remaining battery charge.

In addition, Ford says the SYNC-derived mapping system, which uses MapQuest data to plan routes, will be able to plan routes especially designed to help drivers achieve the maximum possible range from a single charge.

Just like its rivals, the 2012 Ford Focus Electric will also offer interconnected smartphone apps to control heating, charging and route planning, as well as automatically update information on and locate suitable charging stations.

Like all of Ford’s competitors, Ford is keen to point out every little eco-minded detail of the Ford Focus Electric, from its recycled plastic-bottle seats through to the eco-credentials of the factory where the car will be made.

Ordering has already opened for the 2012 Ford Focus Electric in two states, but with limited production for 2012, the long wait for an electric Ford continues.