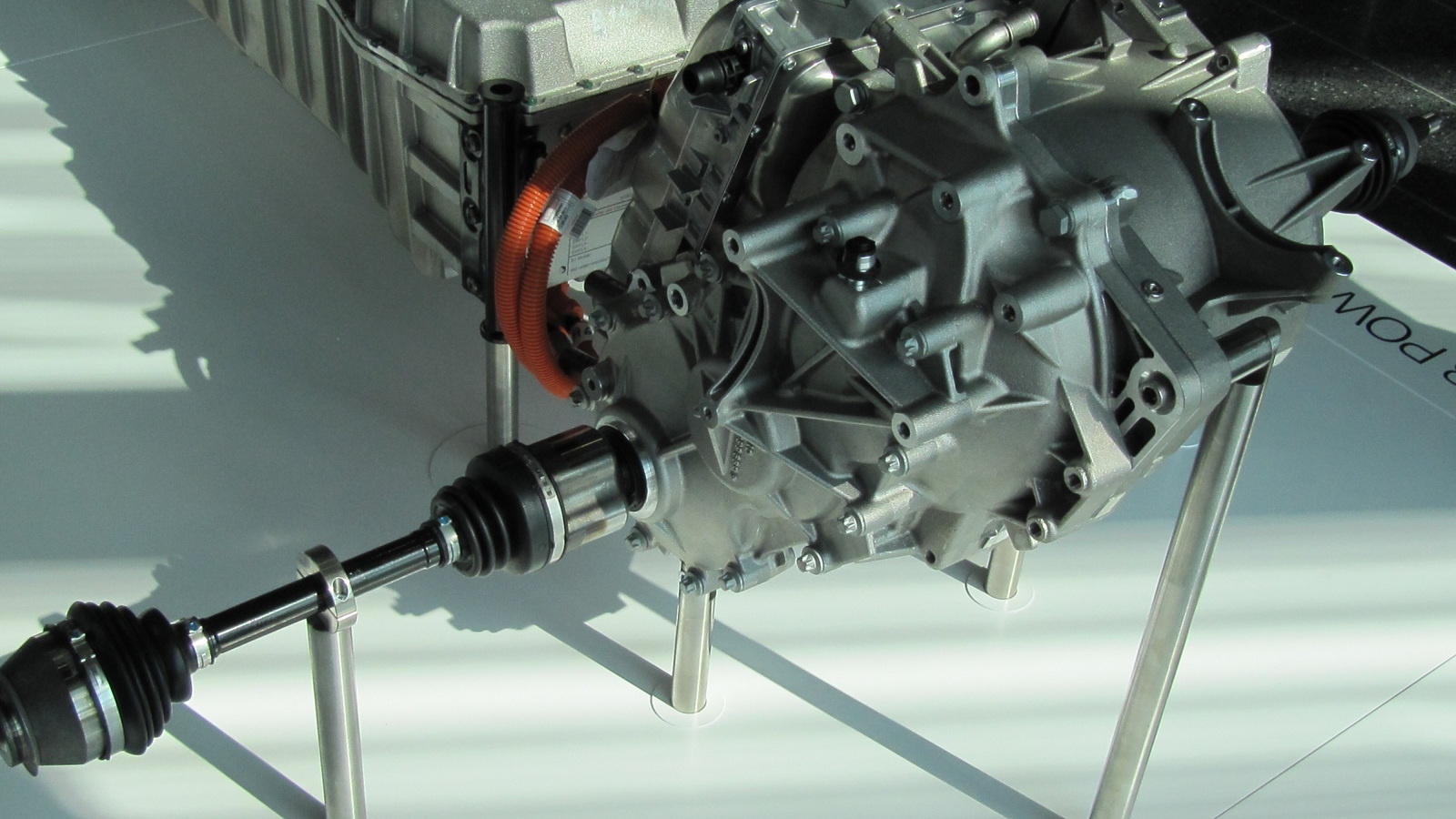 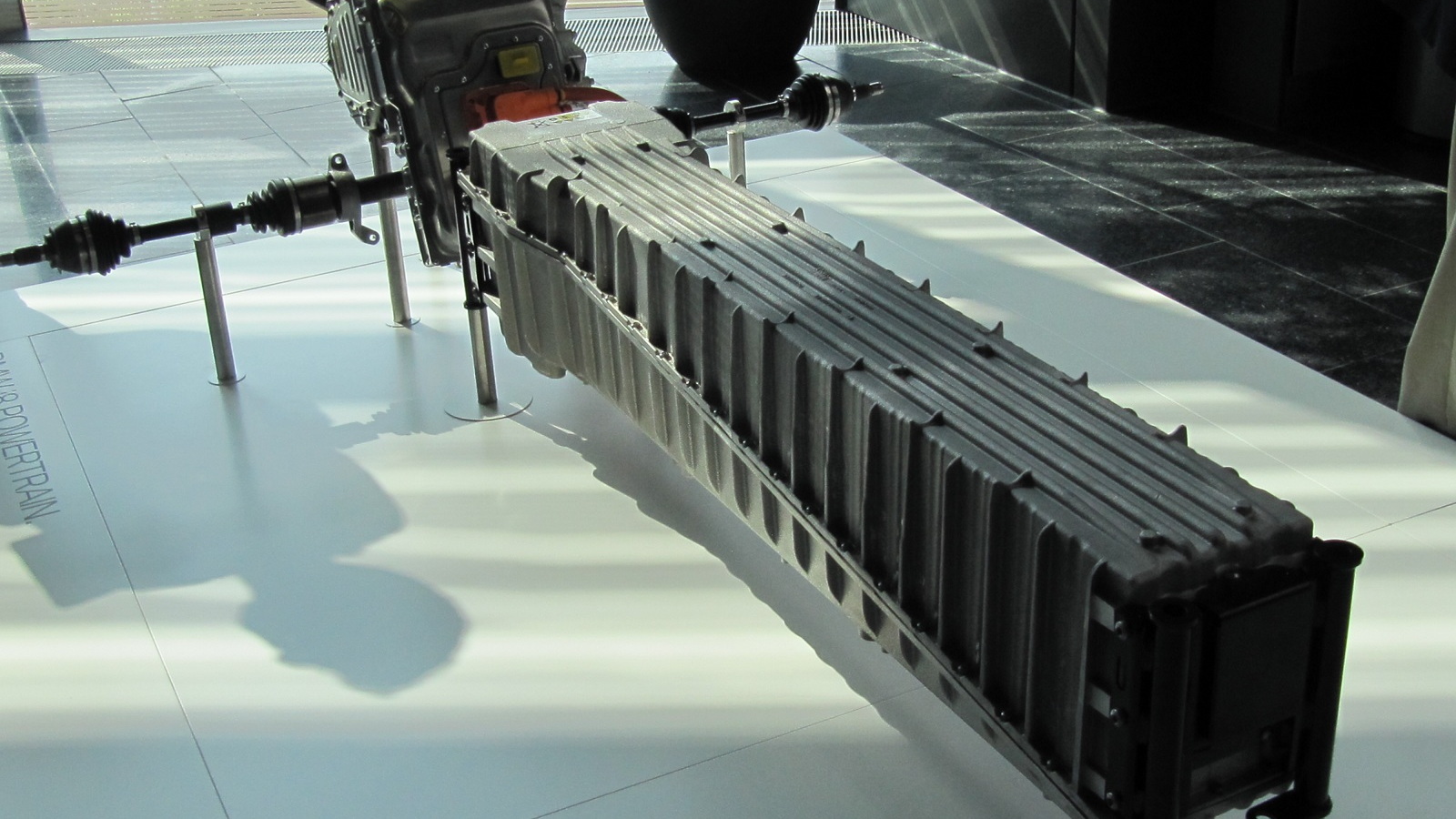 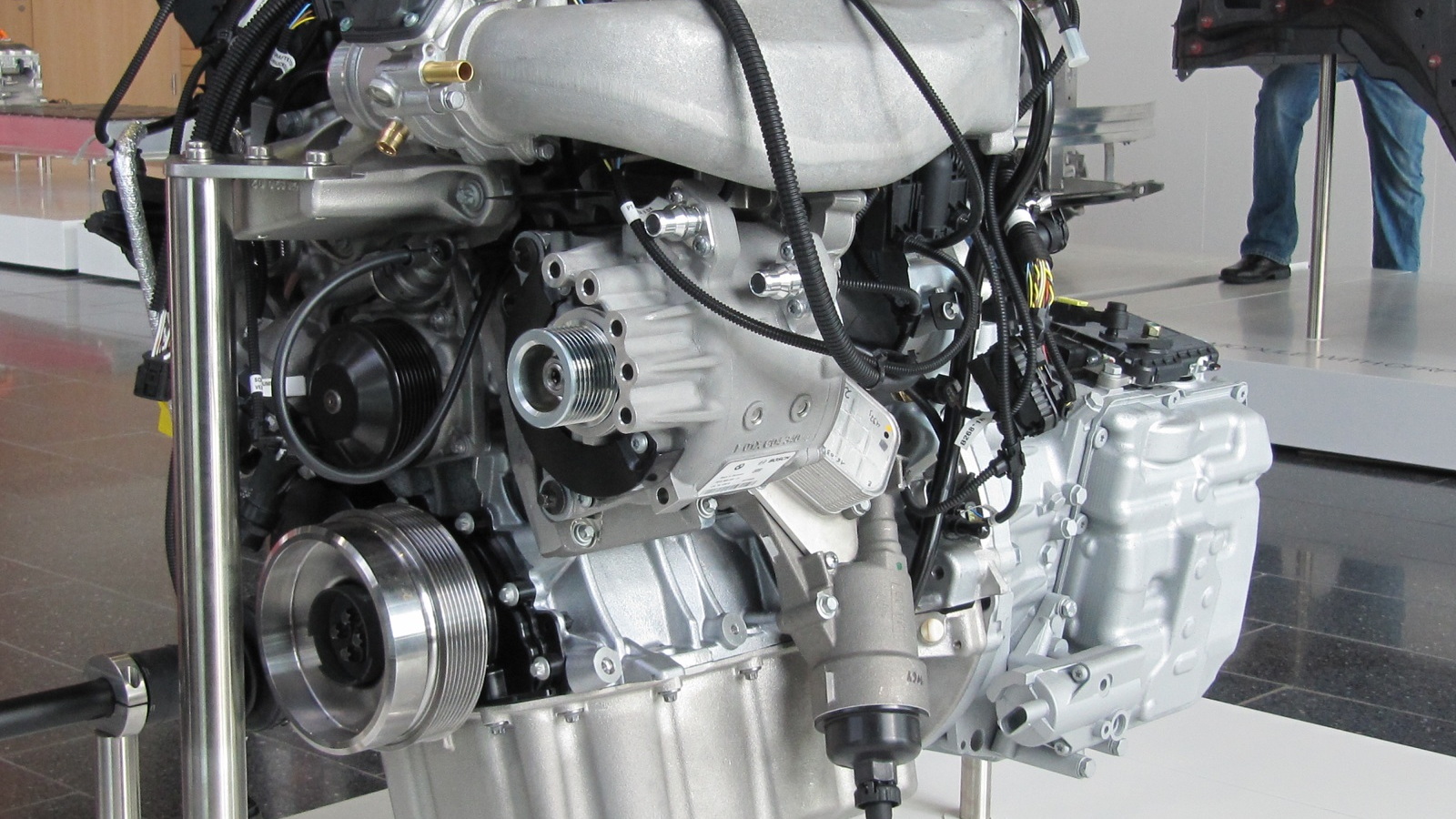 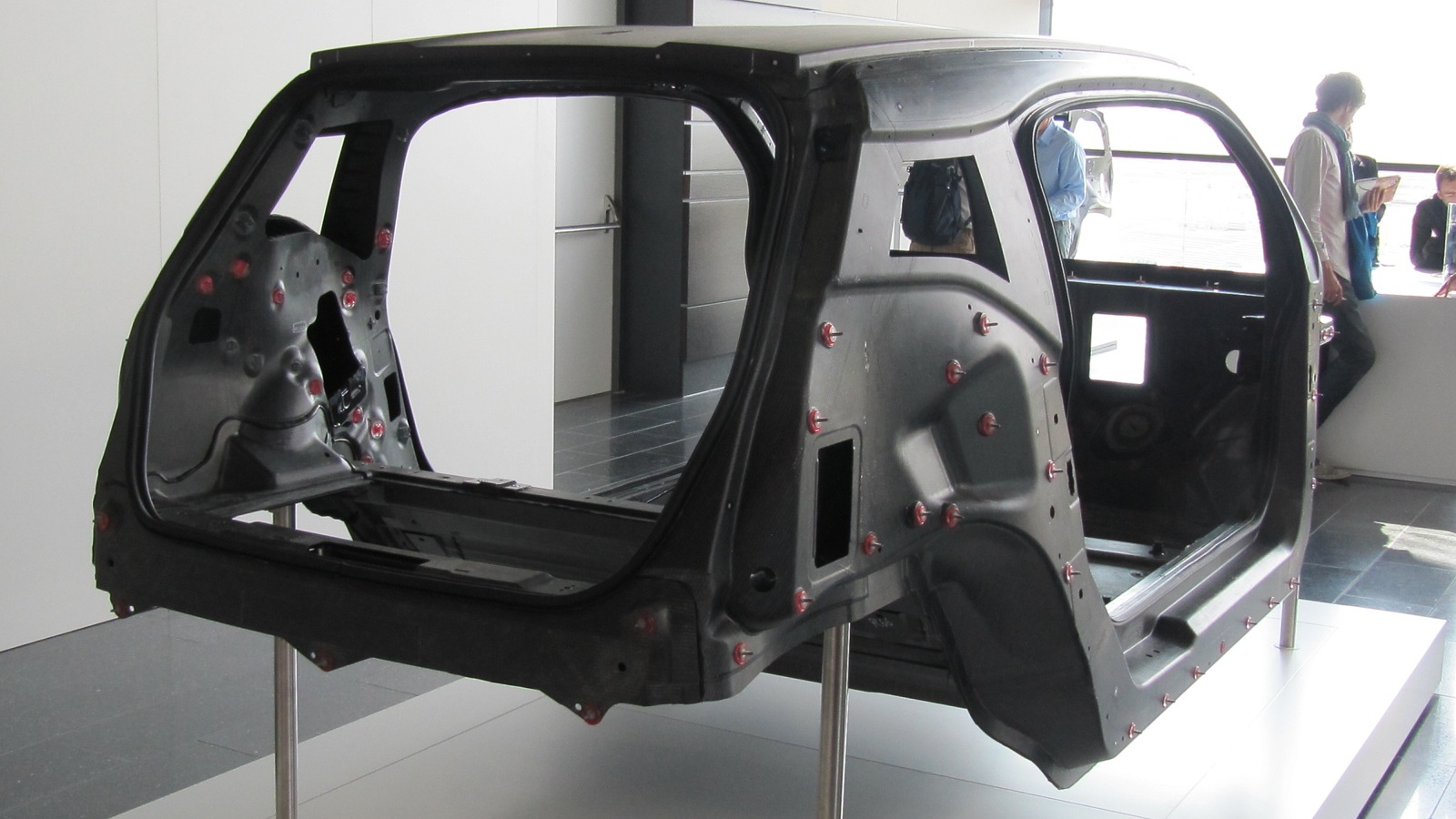 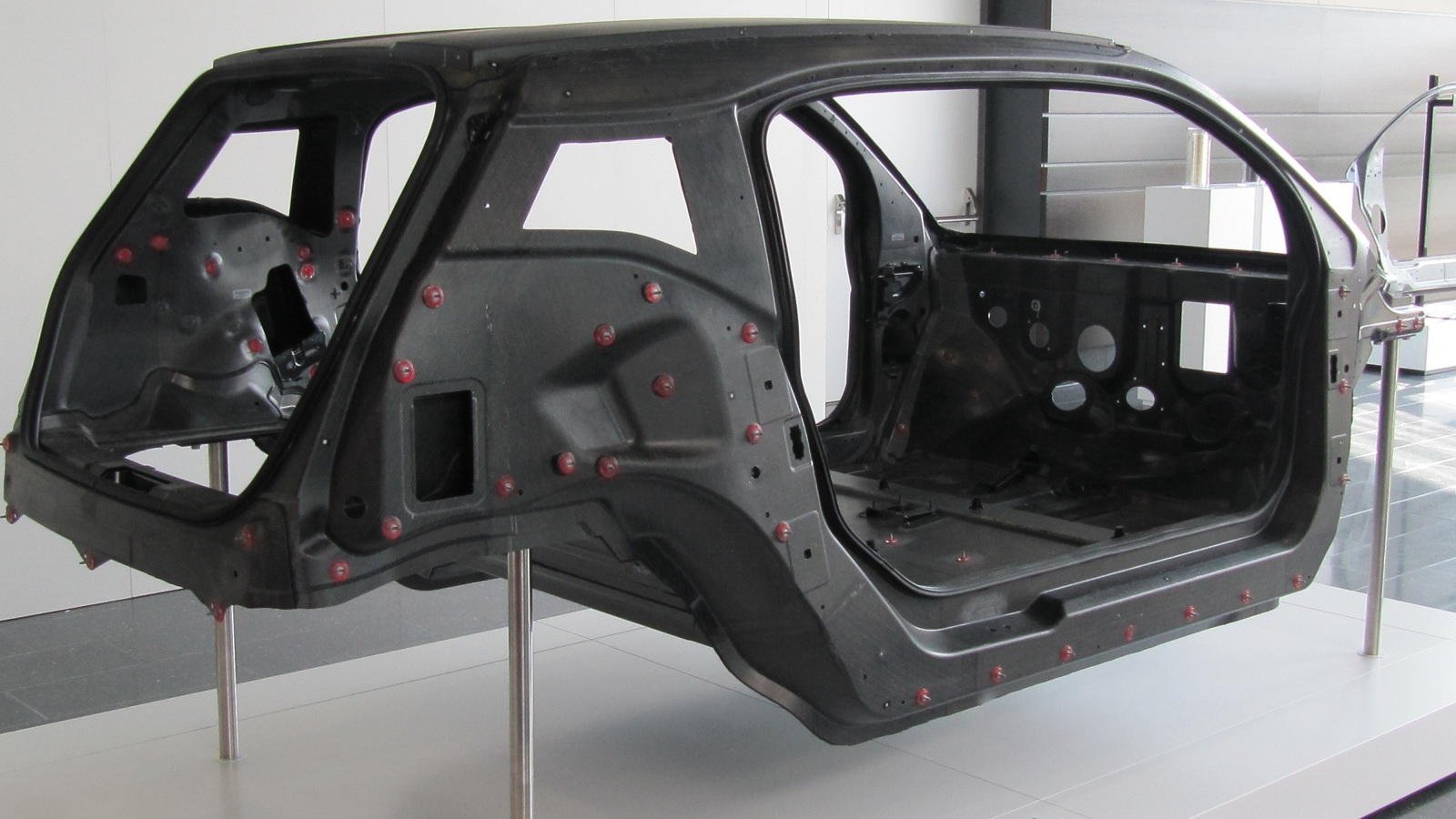 GreenCarReports editor John Voelcker is there, and he's managed to snap some up-close shots of the "Drive" powertrains of these vehicles, along with their advanced "Life" carbon-fiber bodies, which would have the most extensive use of carbon fiber in a mainstream, relatively affordable vehicle yet.

The rear-wheel-drive i3, which appears to be chasing the Nissan Leaf, albeit in a higher price bracket, has its 170-hp motor system mounted in back, under the cargo area. Range is an estimated 93 miles, and BMW claims that with quick charging it can get back to 80-percent charge in less than an hour.

Both models have been teased for years--the i3 as the Megacity EV, and the i8 as Vision EfficientDynamics design study vehicles.

In the BMW i8 plug-in hybrid sports coupe, the battery pack fits into the drive tunnel, with a new 1.5-liter, three-cylinder, direct-injected version of BMW's new modular engine family mounted in front, hooked to a yet-unidentified dual-clutch automatic transmission (DCT). Especially noteworthy is that even this model has an electric-only mode that will last up to 20 miles.

But that's not all; BMW announced plans to offer the range-extending option, called REx, in the i3, though the range-extended model would have a range greater than that of the Chevrolet Volt.

There's still no word on pricing, which could be the key to the i3's success if BMW builds them in the volumes it's anticipating.

Though still technically concepts, both models could closely reflect what we might see on streets between a year and two years from now. See these posts at All Cars Electric for more details on the BMW i3 electric car and i8 plug-in hybrid, and stay tuned for a more in-depth technical analysis and other updates regarding both models; and in the meantime, click through the images above.