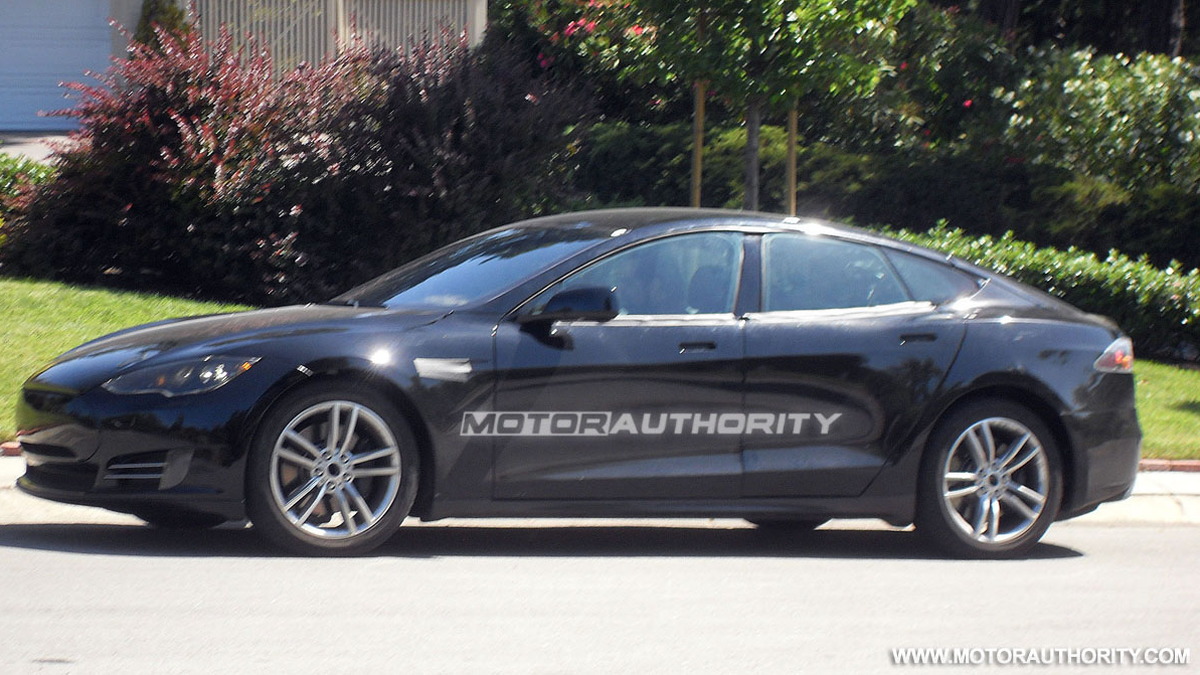 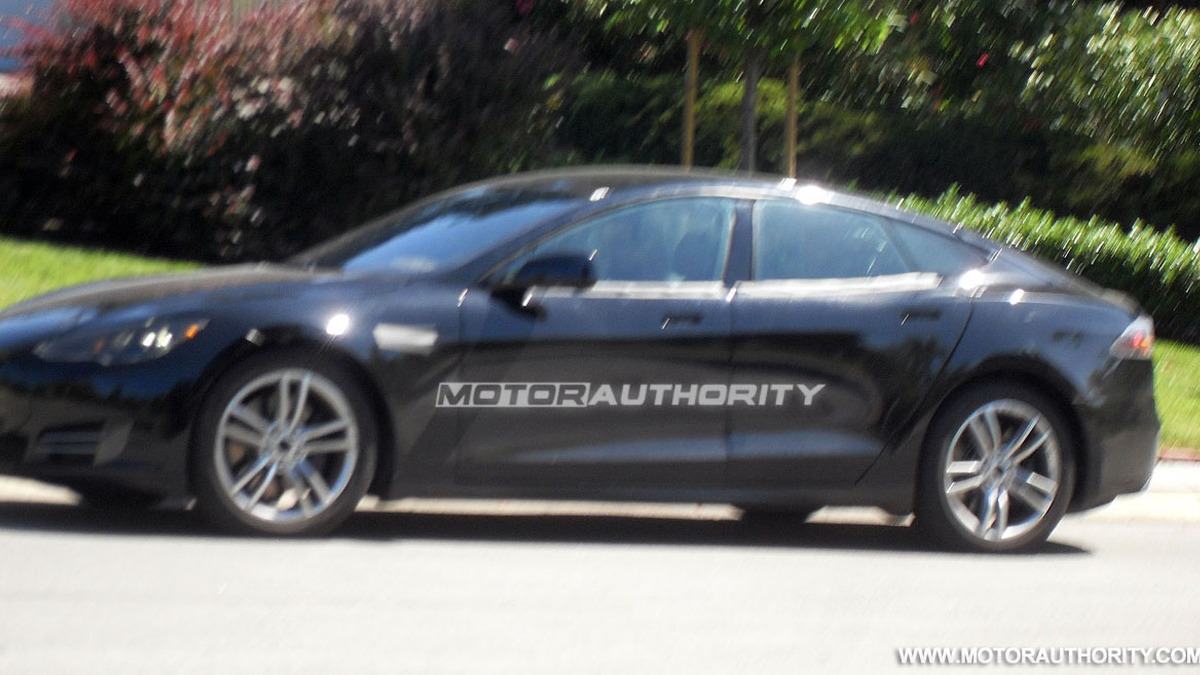 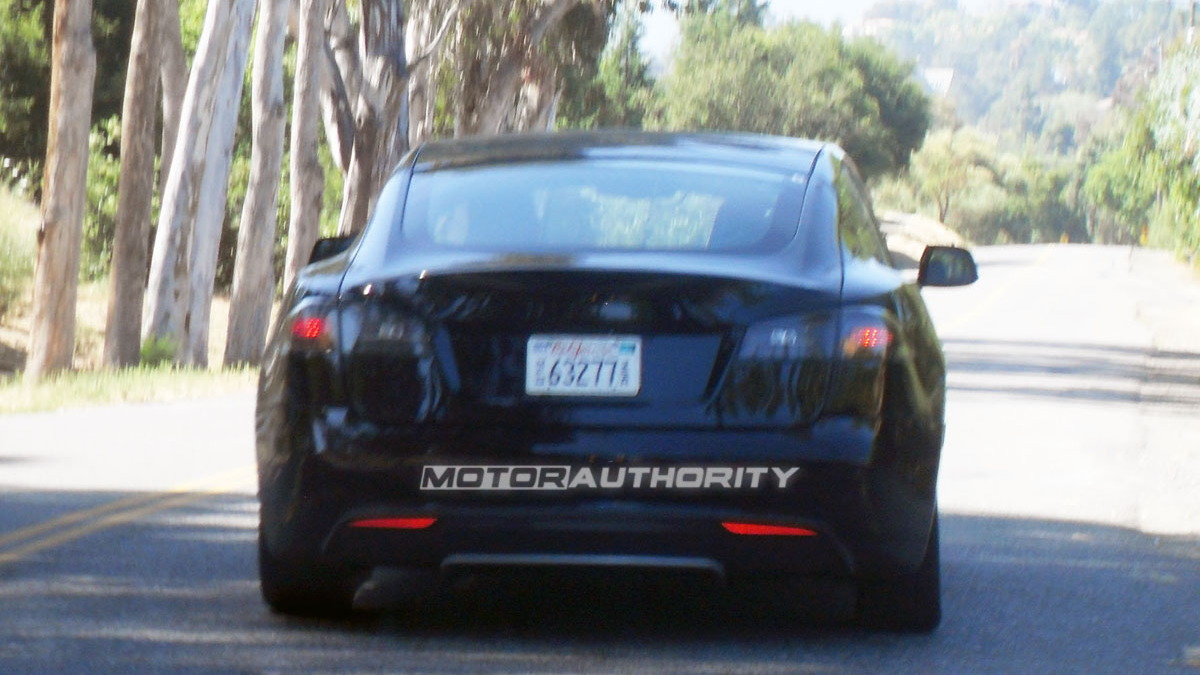 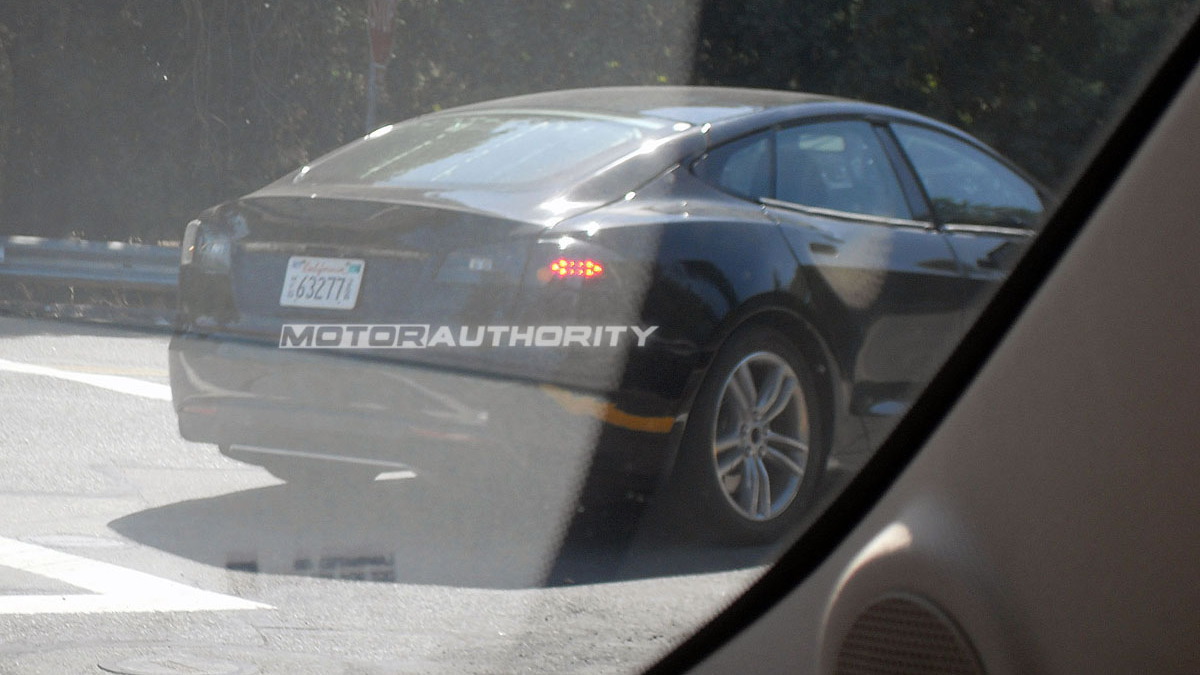 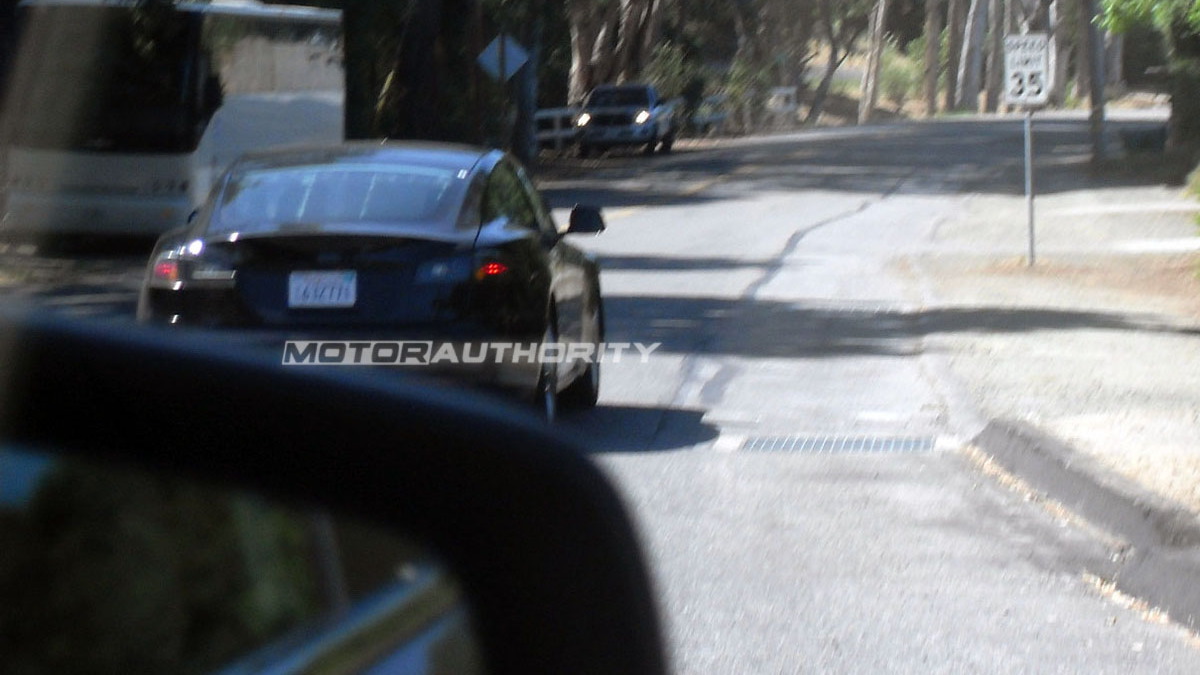 We just managed to snap these spy shots of a Tesla Model S prototype testing not far from our home offices (and Tesla's) in Palo Alto, California.

What's the big deal, considering the Alpha build was revealed earlier this year?

This model shows some more changes, and may represent the most production-ready Model S seen to date.

The primary changes from the Alpha build are at the rear end, where the tail lights look much more like the clear-and-red setups we see on real production cars than the monotone, concept-style lights on the Alpha build.

The door handles, likewise, are not the shaved/flush units on the Alpha, but recessed. Finally, of the major changes, the side mirrors are enlarged in comparison to Tesla's official photos of the Model S.

Production of the 2012 Model S is expected to start in the middle of next year. It appears to be on track.

For more details on the next electric car from Tesla, be sure to visit our Model S page here.