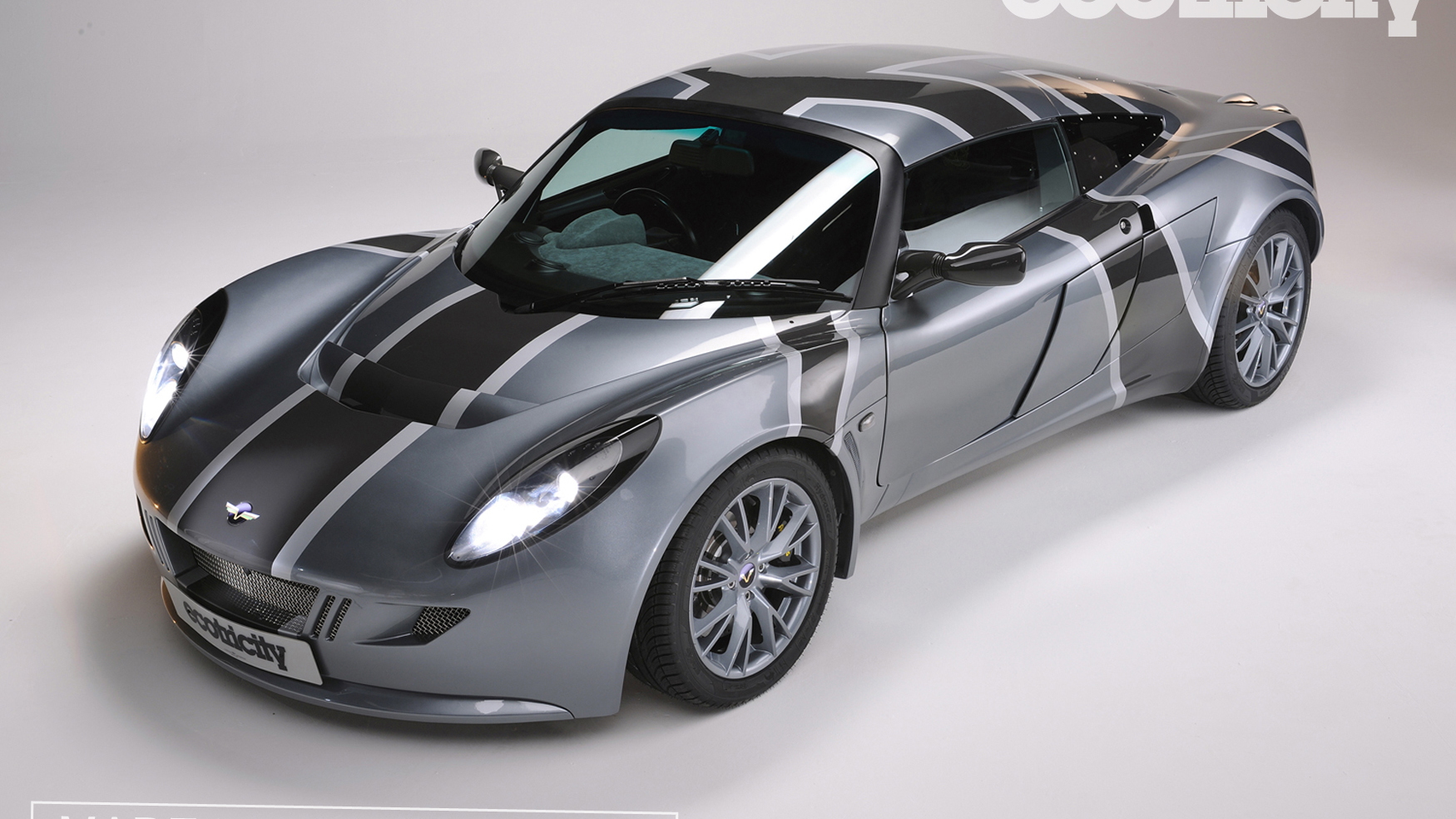 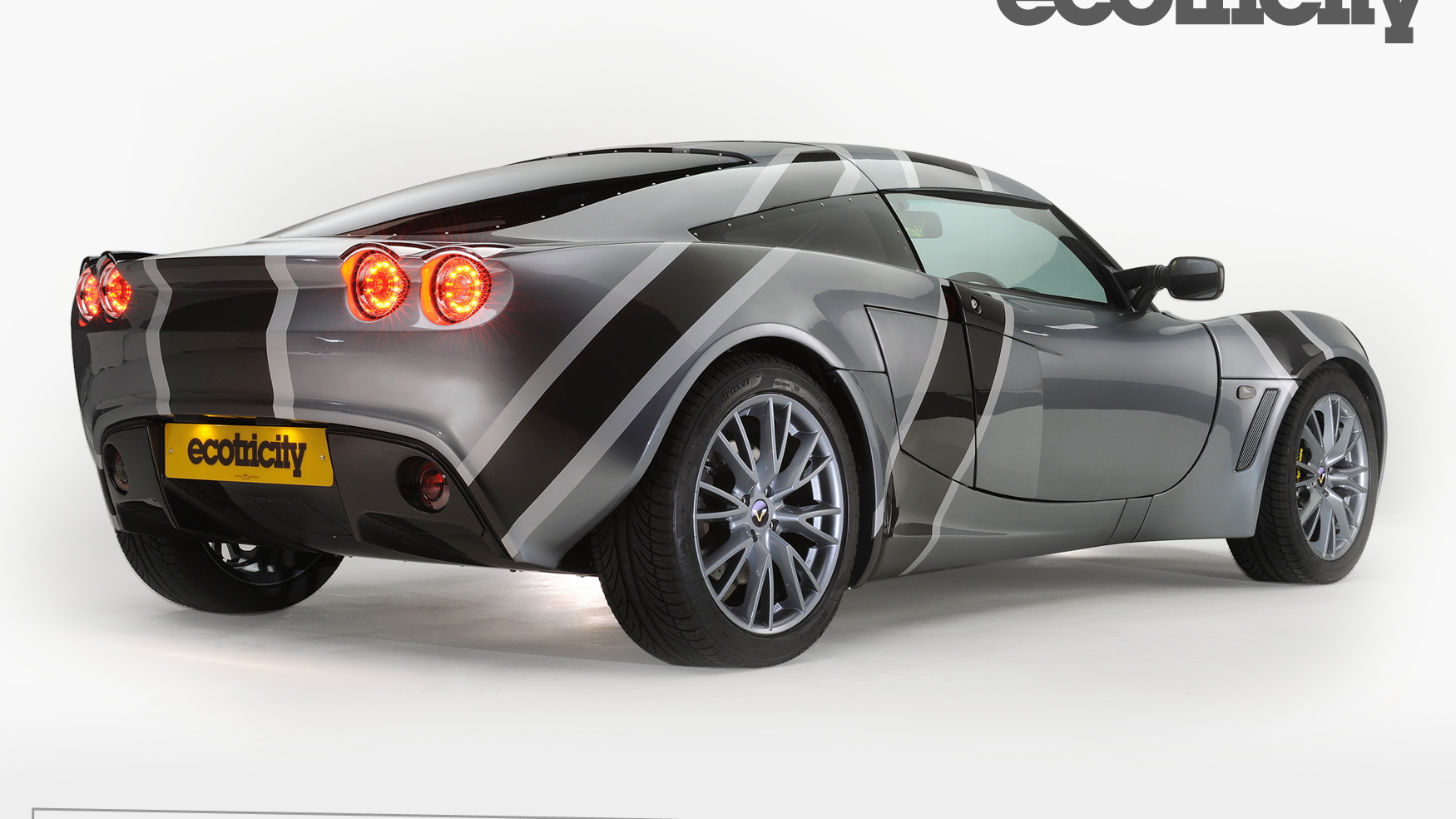 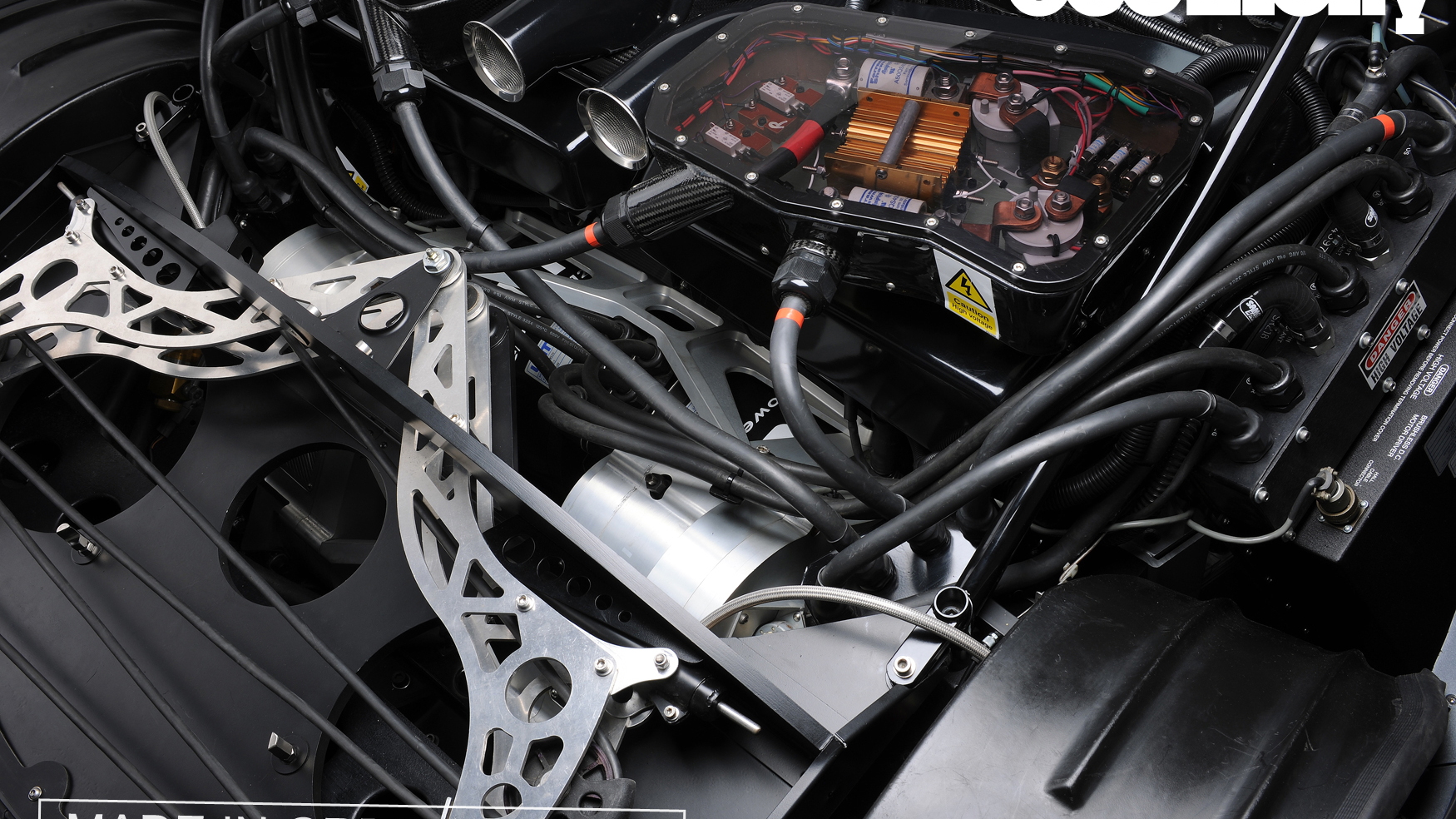 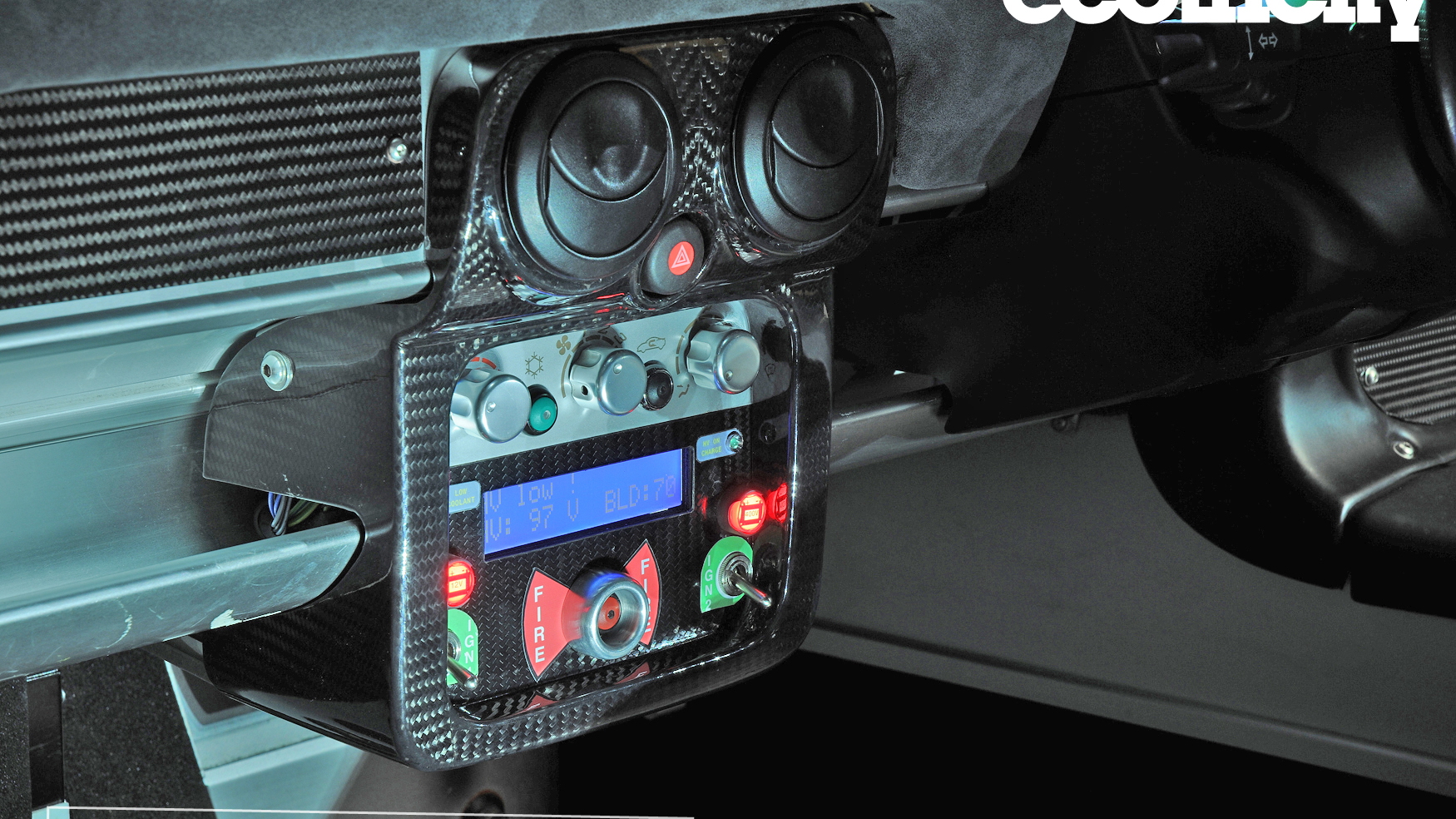 Tesla knew what they were doing when they selected the chassis from the British Lotus Elise sports car as the basis for their Roadster.

The bonded aluminum chassis is spectacularly light by modern standards and also incredibly strong and rigid despite being a roofless design. It also has a large engine compartment perfect for batteries and motors, and you can pretty much hang your choice of body panels from it. It's given Tesla a versatile platform on which to build a distinctive high-performance EV.

Dale Vince from U.K. green energy company Ecotricity, whose business is in wind turbines, has obviously thought along the same lines. His Nemesis sports car is a development of the Elise-based Lotus Exige, usually a more extreme hard-topped version of the open-roof Elise.

Unlike the Tesla, the Nemesis is visually much closer to the Elise and Exige, sharing the front lights and general shape of the British flyweight. It retains the mid-engine layout though, but in the place of the usual supercharged Toyota internal combustion engine lies 96 lithium-ion polymer cells and two brushless electric motors.

Ecotricity claim some pretty impressive performance figures - 100mph arrives in only 8.5 seconds, and unlike the limited Tesla, the Nemesis will keep going until it hits 170mph, comparing very favourably with genuine supercars.

The car can still achieve between 100 and 150 miles on a charge, though we presume this is dependent on the driver not getting carried away aiming for that top speed! What the Nemesis can offer to U.K. buyers though is 100 percent green travel - your recharging is powered by Ecotricity's wind-powered electricity. A charge will take 2 hours on fast charge or 8-9 hours on a standard U.K. 230 volt mains supply.

The development team has experience in the highest levels of motoring, from working on the McLaren F1, Lotus Elan, Corvette ZR1 and De Lorean to problem-solving in Formula 1 racing, which has echoes of BMW's current EV program.

Dale Vince originally approached Lotus with the idea in 2008, though in the end he took it upon himself to create the Nemesis. “We wanted to prove electric cars can be quick to develop, beautiful to look at, cheap to run, and run entirely on wind power" said Vince, "Something that would turn heads and challenge stereotypes".

We've mentioned U.K. television presenter and actor Robert Llewellyn's Fully Charged show before here on AllCarsElectric, and Robert has already featured the Nemesis on the show. You can watch the video below:

It's worth pointing out that the car in the video isn't production ready. Probably just as well, since although we're fans of the futurisic noise produced by some EVs, we're not sure the high-pitched whine coming from the Nemesis could be tolerated in daily driving. We could probably get used to the performance though, just as AllCarsElectric's Nikki Gordon-Bloomfield enjoyed her few days in a Tesla Roadster 2.5.

The Nemesis has come under scrutiny from some corners of the press however. A journalist from U.K. broadsheet newspaper the Daily Telegraph has alleged that of the £750,000 (over $1.2m) the Nemesis has cost to develop, £400,000 ($650,000) of that has been footed by the taxpayer.

Ecotricity has already been criticized by the newspaper for benefiting from almost $10m a year in subsidies towards their wind farms, and now they're focusing on the government spin-off organization the Technology Strategy Board (TSB), which gives away money to encourage innovation. Clearly the Nemesis is evidence that the TSB are doing their job, but the Telegraph questions the investment into a company founded by a multi-millionaire entrepreneur.

To any U.S. taxpayer it will be a familiar feeling, with some state and government purchase incentives for electric cars made by multi billion dollar companies funded by taxpayer dollars.

To EV skeptics it's a scenario that causes a great deal of annoyance. To EV advocates, many see tax-funded incentives as a necessary evil to benefit the greater good.

The irony in the Nemesis story is that the indirect public funding has been called into question by a group called the TaxPayers' Alliance, some of the funding to which is by political benefactors who've arranged their affairs so as not to pay any taxes...

The group claims Dale Vince is deriving personal benefit from the government grants, though this is debatable since he has plans to put the Nemesis into production. Whilst the prototype Nemesis is his own personal vehicle, it's also the company's development mule.

It's a debate that will run and run, we suspect. Public-funded subsidizing is always a touchy subject when EVs are mentioned and one of the chief arguements leveled against electric vehicles, alongside range anxiety and the issue of what power source is providing the electricity.

We just hope that the Nemesis can make it to production. It's already able to give a Tesla Roadster a run for its money - we look forward to it doing the same for its critics.