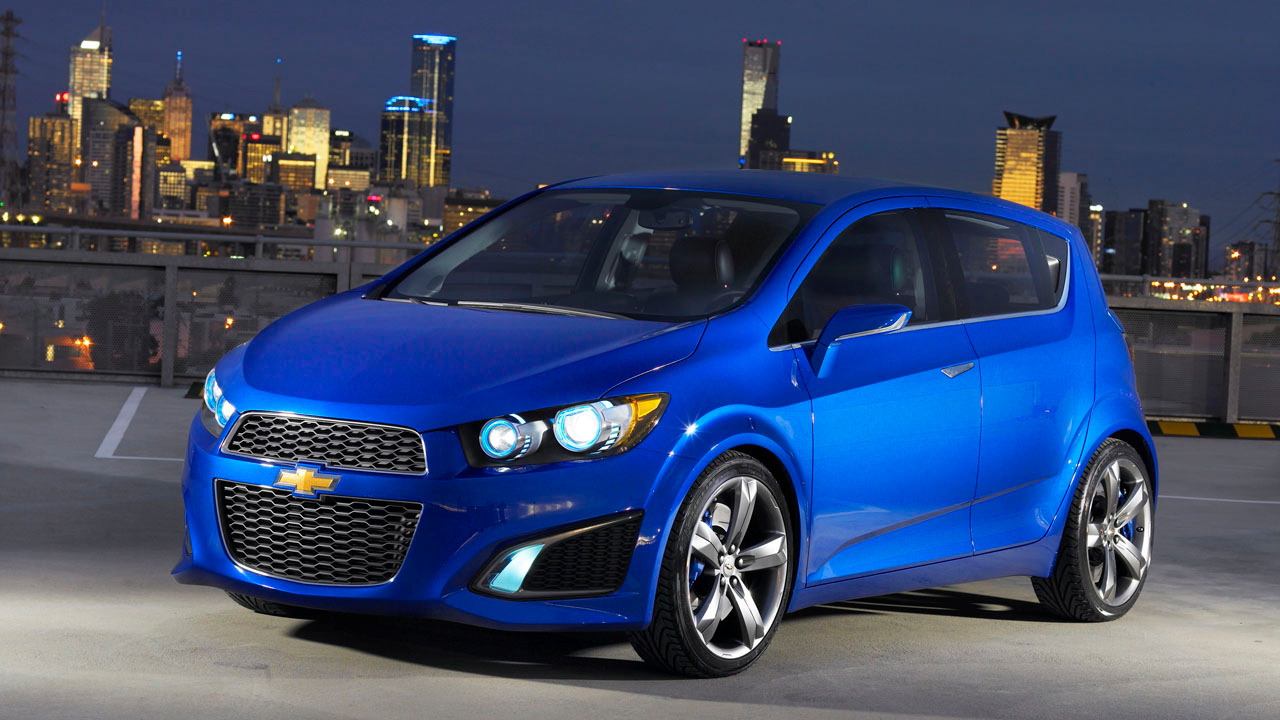 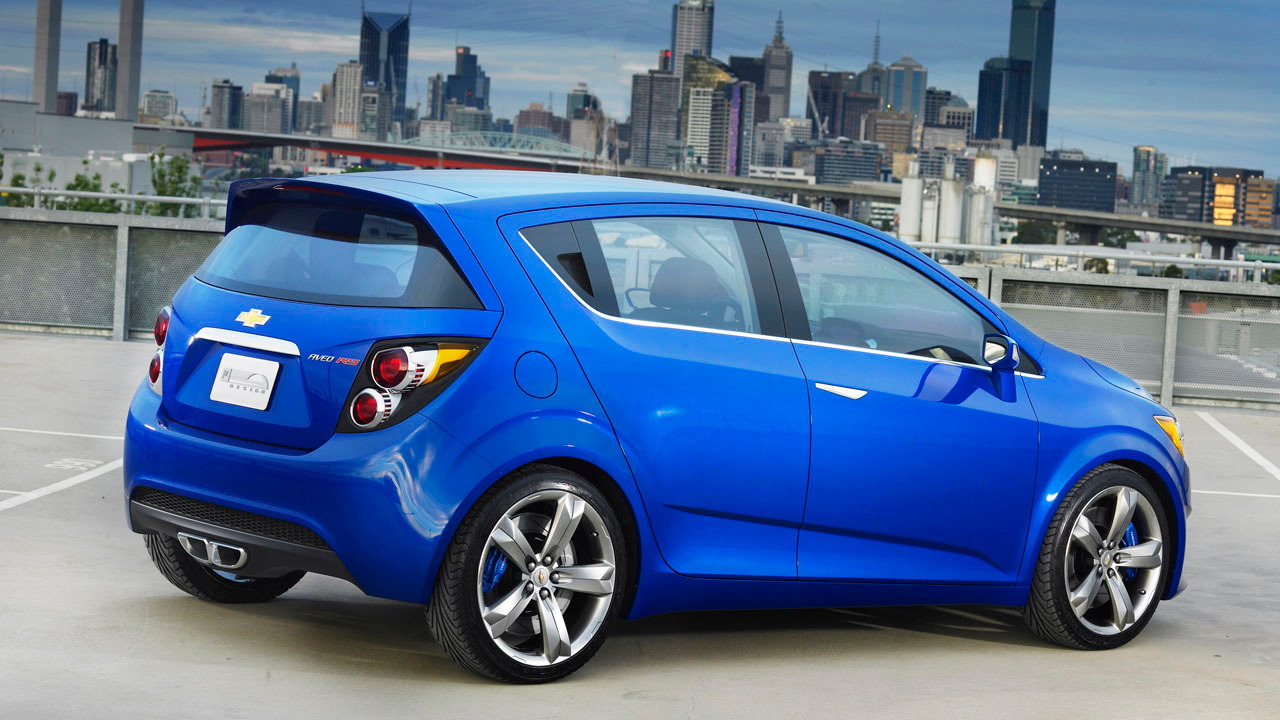 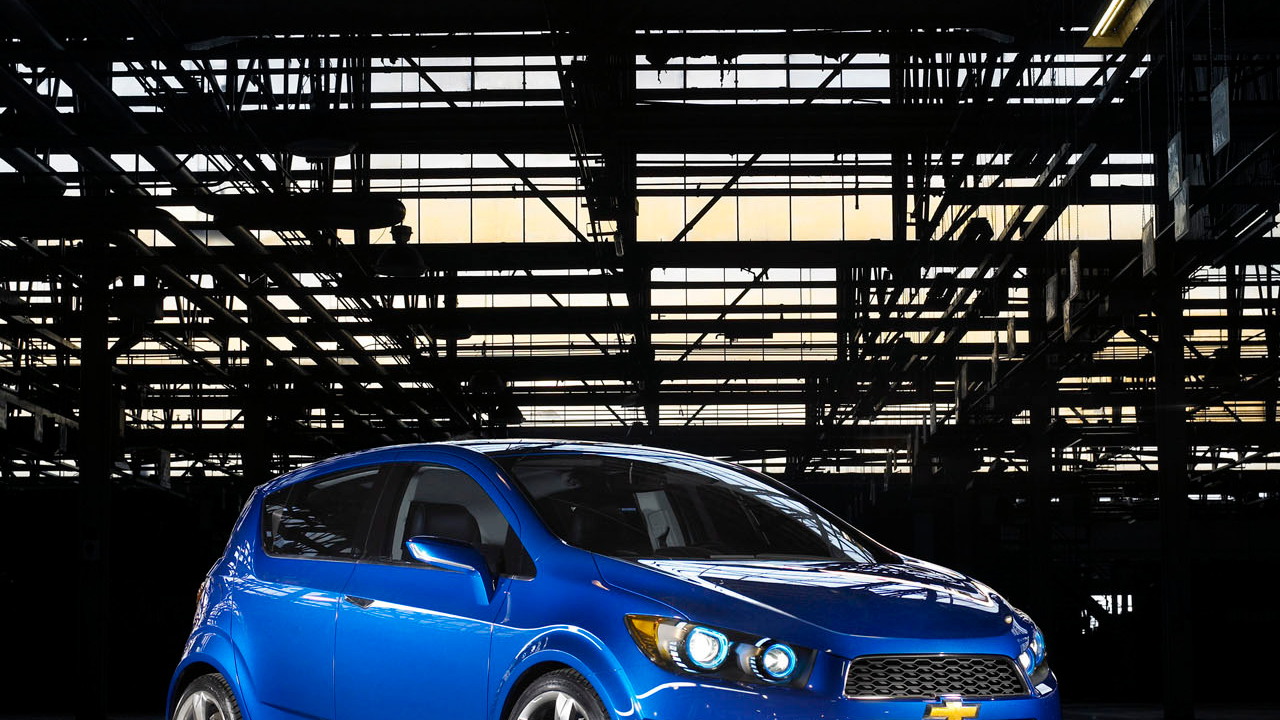 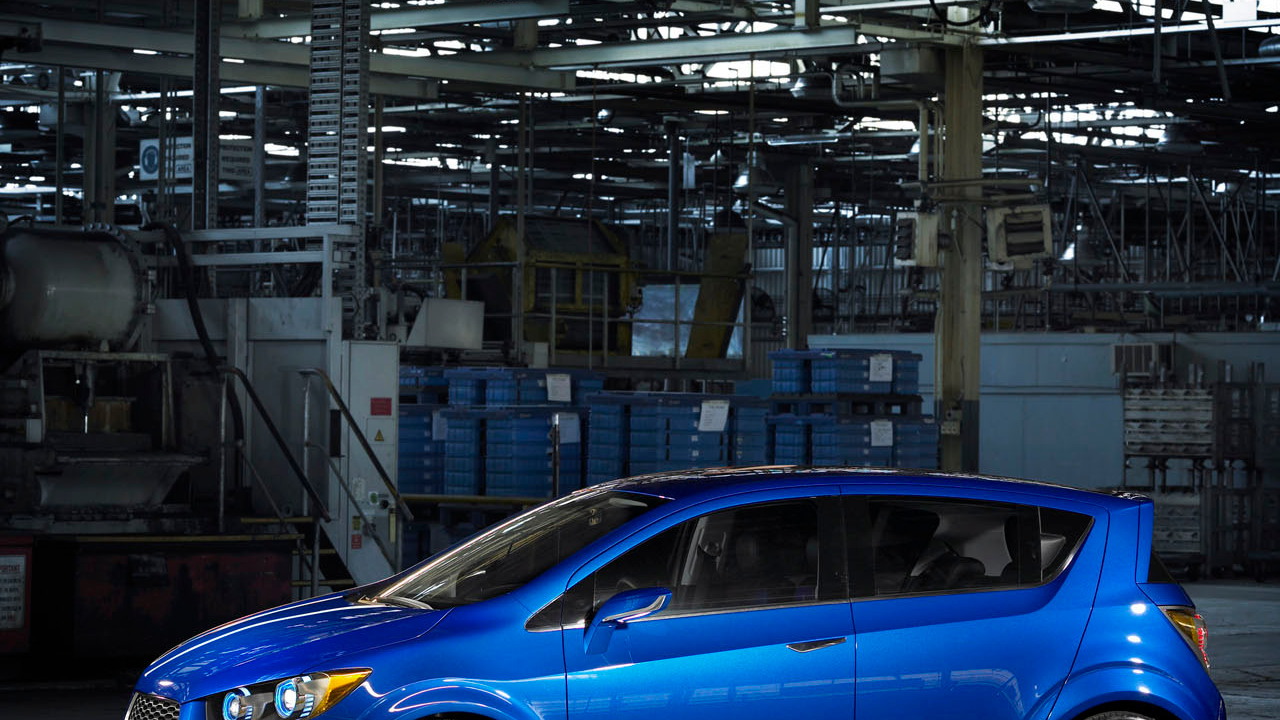 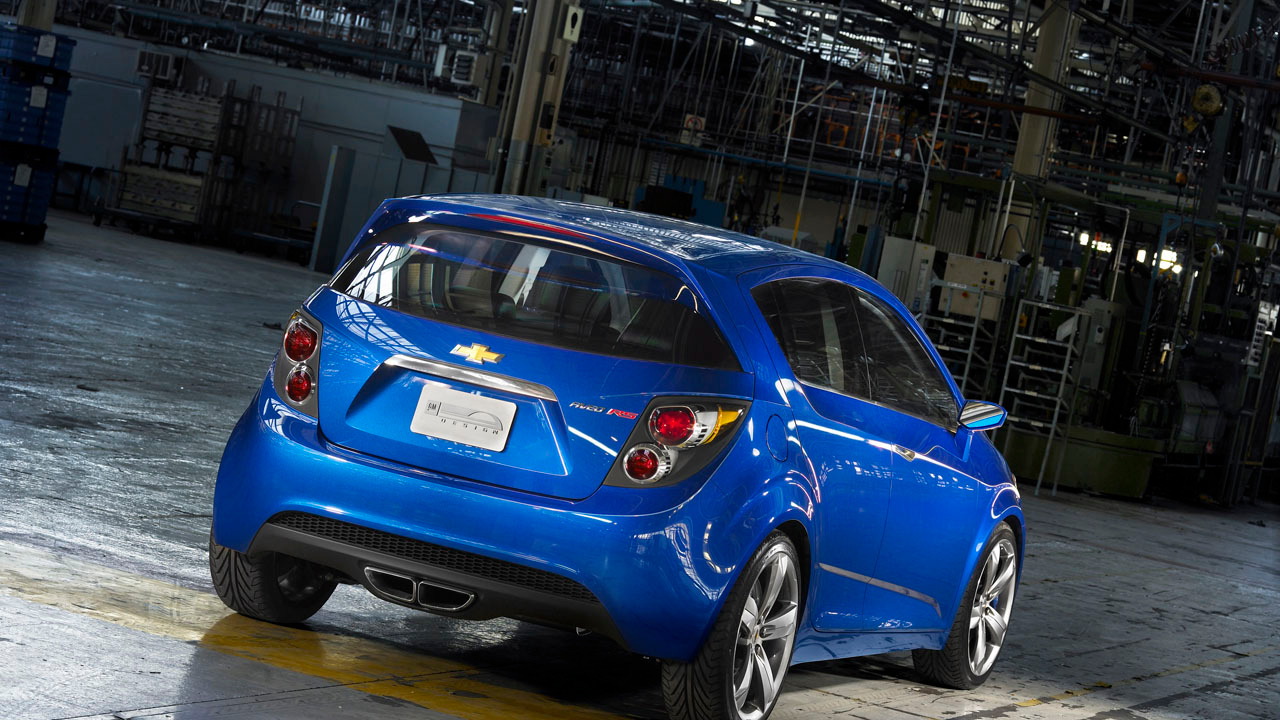 The current 2010 Chevrolet Aveo sedan and hatchback, the Korean-built subcompacts that are GM's contenders in that growing segment, are no longer competitive against upcoming entries like the 2011 Ford Fiesta, rated at 30 mpg city, 40 mpg highway.

But that will change when a brand-new and entirely redesigned 2011 Chevrolet Aveo hits dealerships. It's previewed at this year's Detroit Auto Show by the Chevrolet Aveo RS concept car.

The Aveo RS concept is mostly a styling exercise; Chevrolet released relatively little information on the car's performance or fuel efficiency. But the 2011 Fiesta's 30/40 mpg rating is the one it has to meet or beat to stay competitive.

Chevy says the Aveo RS concept was designed to have a "European-inspired hot hatch look" that's meant to "appeal to young enthusiasts" and gives some hints about what the the next-generation 2011 Aveo will look like. The concept is longer, wider, and has more interior space than the current model.

"We want customers to have an emotional reaction to it," says Michael Simcoe, Chevrolet's executive director of North American Exterior Design.

Chevrolet needs to move perception of the Aveo from a bargain-basement hatchback to a serious contender for the upcoming wave of cutting-edge subcompacts.  Among other tactics, the concept takes a cue from the playbooks of Scion and Mini, showing off the "many personalization options" that will be available on the 2011 Aveo.

Traditional Chevrolet design elements--a two-part grille, round taillamps--are exaggerated for effect on the Aveo RS concept. The brake cooling inlets are extra-large, for an "aggressive face," with exposed headlamps inspired by those on motorcycles, as are the rear lamps.

The beltline rises high, the roof tapers low at the rear, and rear door handles are hidden in the rear pillars--making this five-door car look like a three-door hatchback.

The electric blue paint is named Boracay Blue. (Boracay is a tropical island of the Philippines, so we presume that's a sea reference.)

The same motorcycle inspiration produced a round tachometer inside an asymmetrical digital screen with a milled metal surround and round cutouts. Much of the interior is finished in ominous (but trendy) matte black, with gloss black and shiny metal accents.

And the blue theme continues inside as well. Blue stitching runs across the instrument panel, door inserts, and the leather trims for the parking brake, gear-shift, and steering wheel rim. Even the knobs and floor mats have blue stitches, and the audio display, indicator screen, and other elements are backlit in ice blue.

Like any good hatchback, the rear seat folds flat to carry large items--though the new 2011 Aveo will have to go a long way to challenge the Honda Fit, which reigns as flexibility champ in the subcompact class. And of course the sound system has the now-mandatory USB port.

Its 1.4-liter turbocharged Ecotec four-cylinder engine, estimated at 138 horsepower, is mated to a six-speed manual gearbox, with power delivered to the road through the giant 19-inch, five-spoke wheels and tires. Large brake calipers, painted the same blue as the exterior, are visible through the wheels.

Chevrolet had announced earlier that in 2011 it would build the new Aveo at its plant in Orion Township, Michigan. Renovations and retooling of that factory are expected to start late this year.