Today we were in Michigan to learn quite a lot about the 2011 Ford Fiesta--absolutely none of which we're allowed to share with you today. (Soon, soon!)

Yesterday, though, Ford's George Pipas presented data to journalists in New York that shows what Ford thinks about the future of small vehicles.

The bottom line: By 2013, he said, small vehicles will grow to be the largest single segment of the U.S. market. 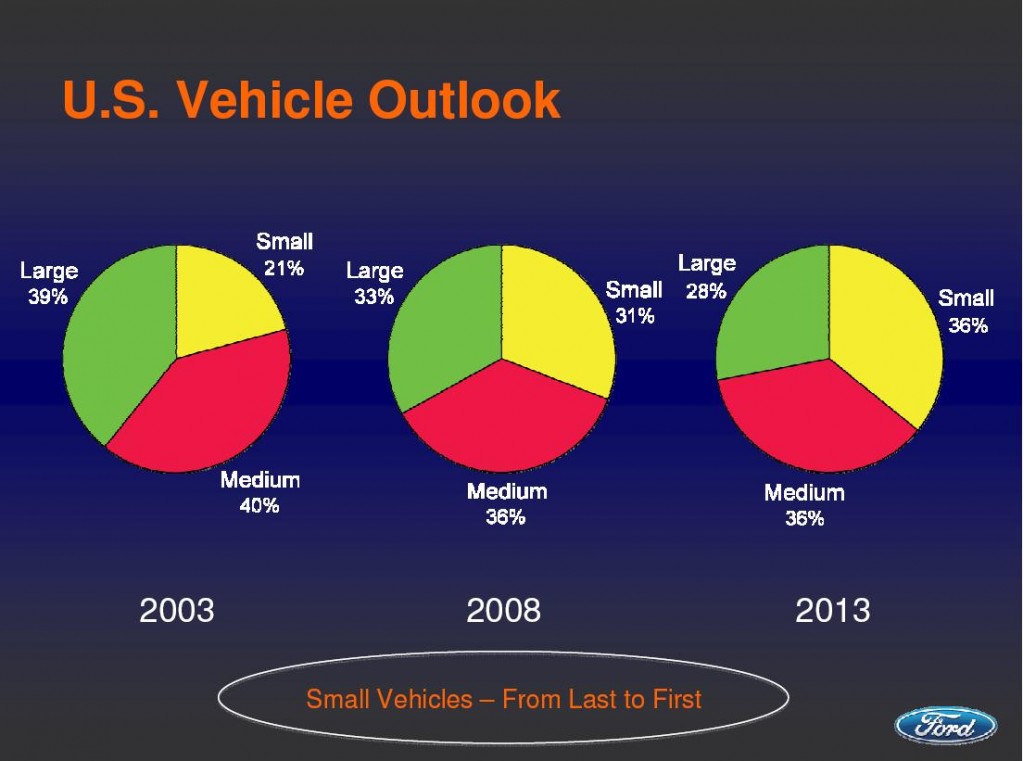 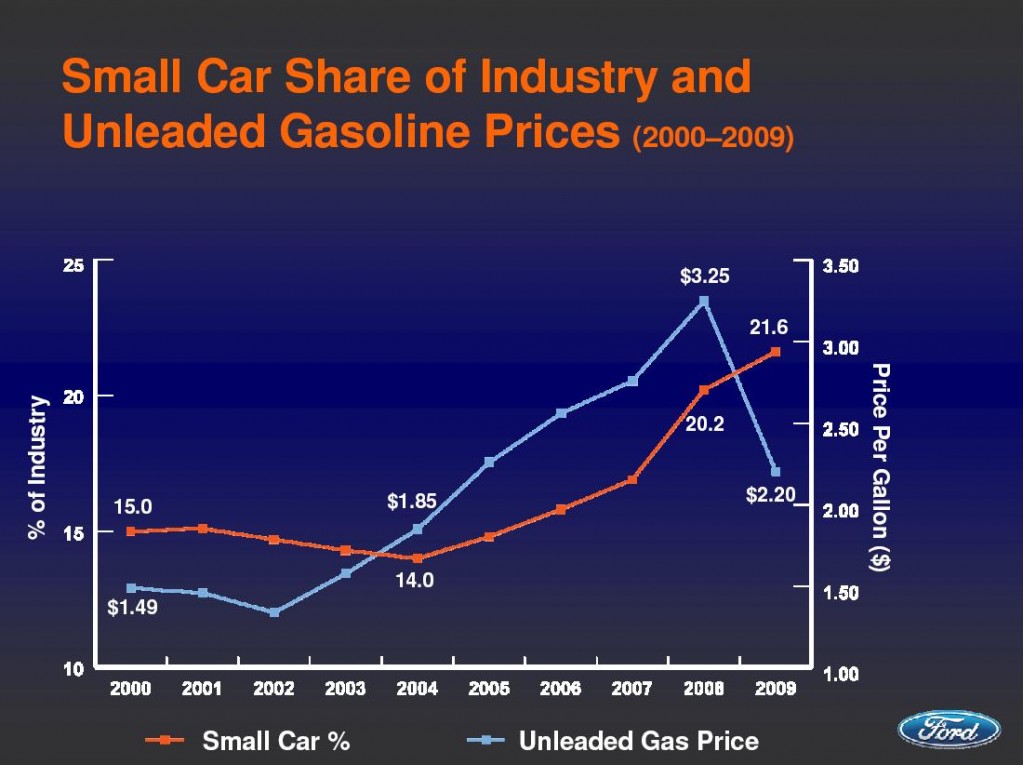 That 31 percent last year is made up of small cars, at 21.6 percent, and small crossover utility vehicles too.

Getting smaller despite gas prices

Interestingly, the trend continued unabated this year even as gasoline prices plummeted from their record highs of the previous two years. Pipas attributes the trend largely to two groups of buyers from different generations.

Millennials, aged 16 to 30, are 27 percent of the drivers on the road. Half of them are first-time car buyers, and they are comfortable with small cars.

But, says Pipas, they want higher levels of equipment and better driving dynamics. They're not content with, in his words, the "traditional small car econobox."

From Millennials to Boomers

Boomers, aged 45 to 63, are 32 percent of the driving population, and they represent almost half of all new-car purchases. With their families largely grown, their needs are changing, and so are their life styles; they're "downsizing, streamlining, and simplifying."

From this data, Ford clearly believes subcompacts and compacts will be a growth area in its sales. With the 2011 Ford Fiesta coming next summer, and the redesigned 2012 Ford Focus shortly thereafter, it will have two new entries in this growing segment.

And we'd love to tell you more, but we can't. At least, not today.

But rest assured,  we'll share what we know as soon as we're allowed to. Check GreenCarReports.com often, or sign up for our daily e-mail to make sure you don't miss any breaking news.