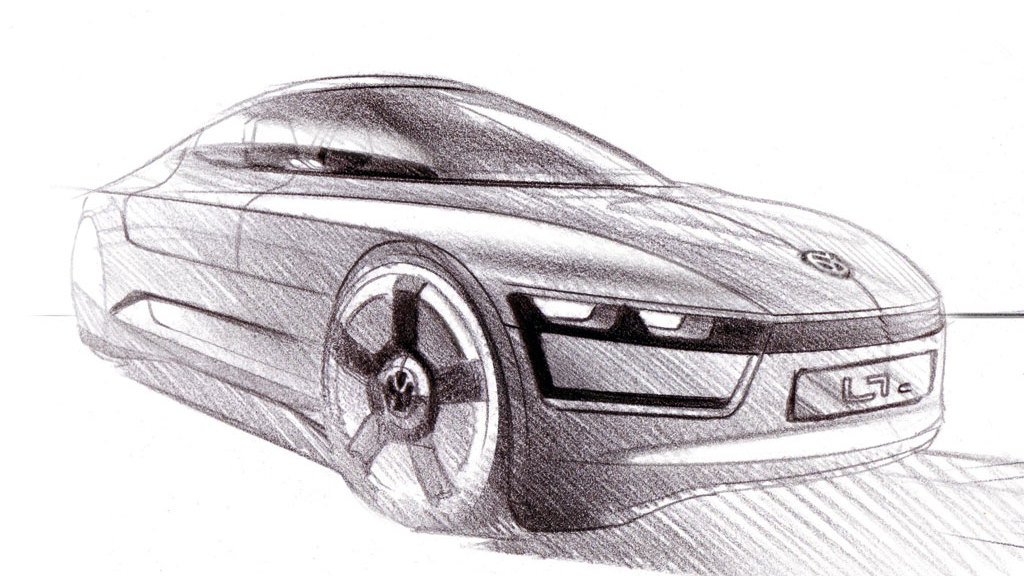 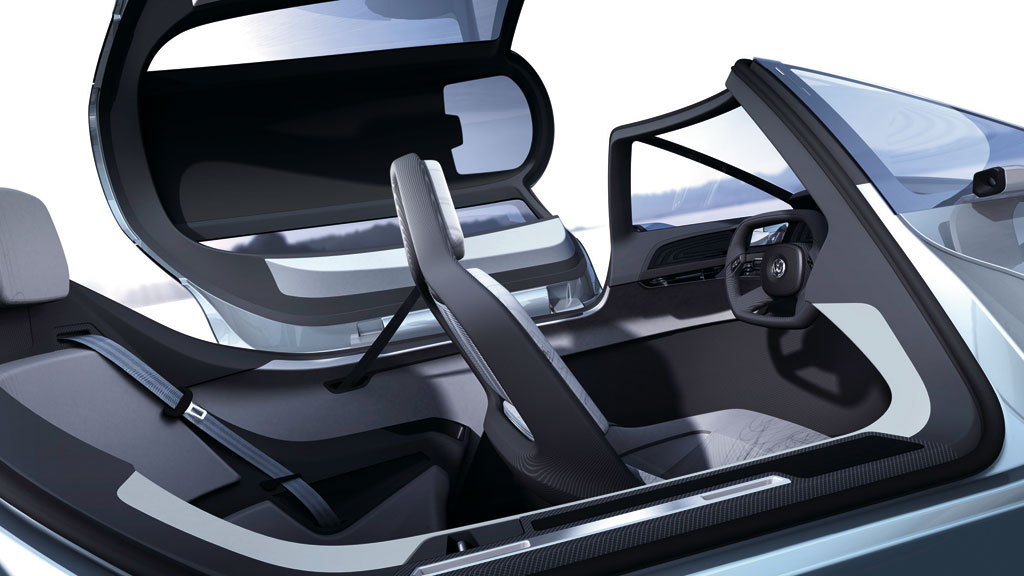 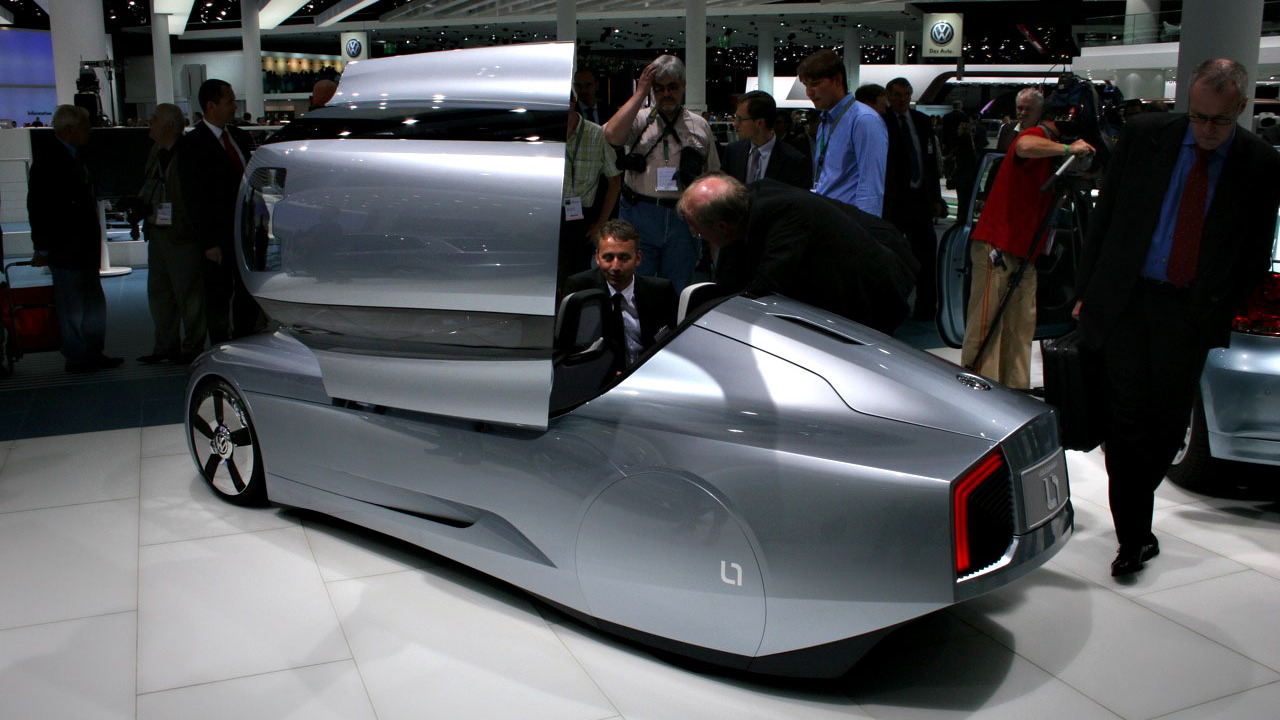 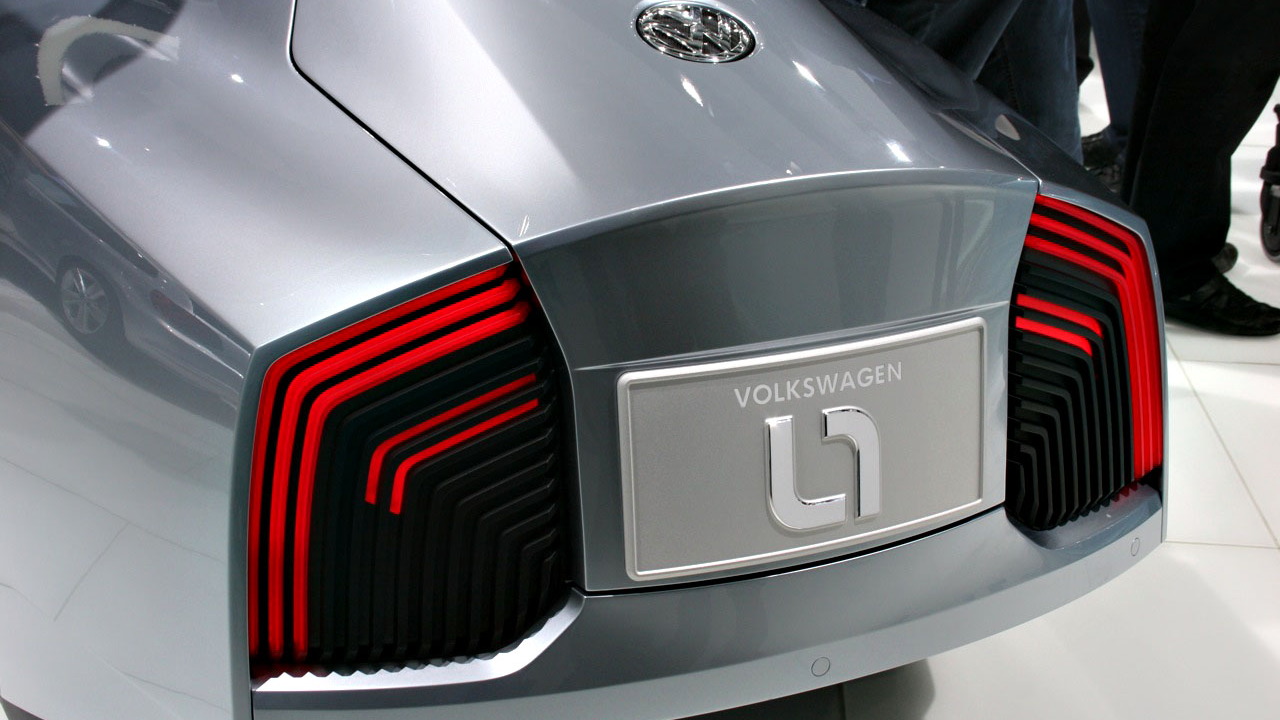 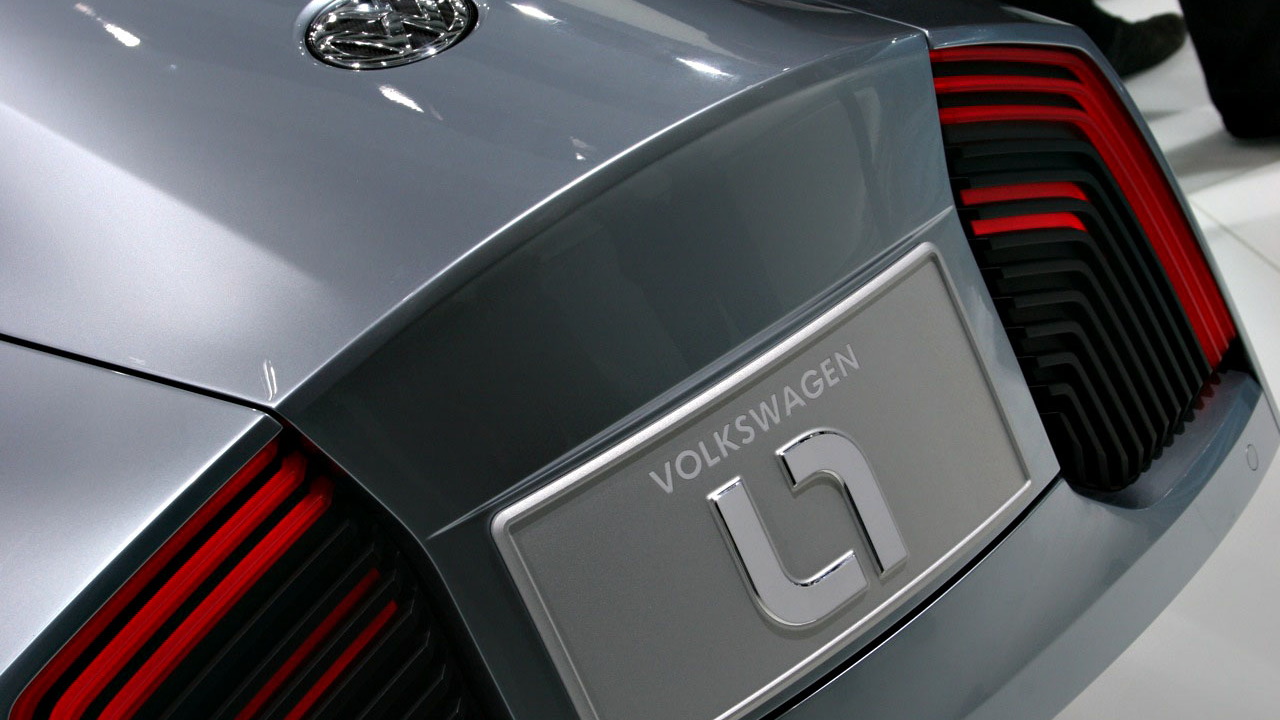 Covering all the green-car bases at the 2009 Frankfurt Auto Show, Volkswagen unveiled not only the E-Up electric city car concept but also the L1, a radical 170-mpg tandem two-seat diesel hybrid streamliner it says it will sell by 2013.

The L1 name refers to the European concept of a "1-Liter" car, meaning one so efficient it uses no more than 1.0 liters of fuel per 100 kilometers. If you're not particularly metric, that translates to 235 miles per gallon.

To keep weight down (to 840 pounds), its narrow body is made of carbon fiber. Its drag coefficient is a remarkable 0.195, far lower than the 0.24 of today's best production car (the 2010 Mercedes-Benz E-Series coupe) and equivalent to the 0.19 achieved a decade ago by GM's EV1 electric two-seater.

The rear-mounted engine, a 0.8-liter two-cylinder turbocharged diesel, is essentially half of VW's current 1.6-liter TDI turbodiesel engine. It puts out 27 horsepower in Eco mode, which rises to 39 hp in Sport mode, and drives through a 7-speed direct-shift gearbox (DSG) paired with a 14-hp hybrid electric system that switches off the engine as the car comes to a stop.

Performance? Well, it's a super-efficient gas mileage champ, not a Volkswagen GTI competitor. That means a top speed of 100 miles per hour, and 0-to-62-mph acceleration in 14.3 seconds.

Even with a tiny 3-gallon fuel tank, range is more than 400 miles. Cargo space, though, is less than 2 cubic feet, so pack light.

This is actually Volkswagen's second 1-Liter concept car. The first one, in 2002, used a much smaller engine--a tiny 0.3-liter diesel--and returned a stunning 264 miles per gallon. That was a pure exercise in technology, though, whereas this L1 may be destined for showrooms.

Both Volkswagen CEO Martin Winterkorn and Chairman Ferdinand Piëch have hinted at plans for limited production, possibly starting as soon as late next year. If so, it would likely be limited to Europe and perhaps Asia, as such a small vehicle--and a diesel to boot--isn't likely to come to the US.