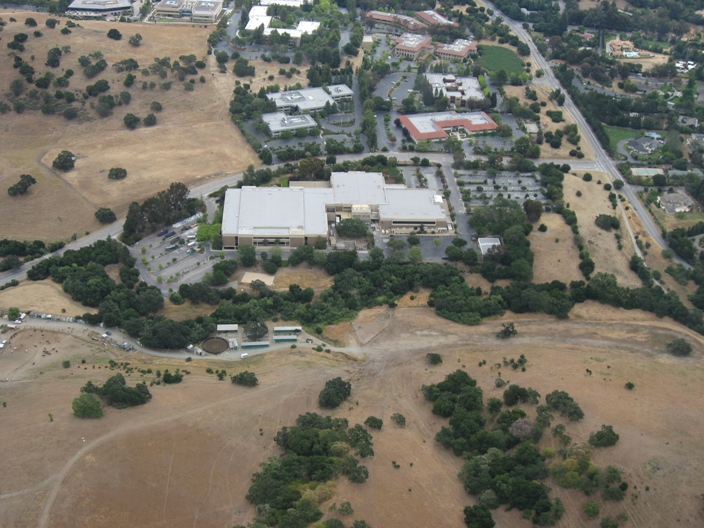 America's most noteworthy EV maker, Tesla Motors, announced plans to open a new manufacturing facility at the Stanford Research Park in Palo Alto, California today. The company will renovate an existing 369,000-square-foot facility to produce electric powertrain components for their own brand and their partners, like Daimler. The new site will also become Tesla's corporate headquarters with room for up to 650 employees.

Tesla will lease the three-building site, which was formerly occupied by Hewlett-Packard and Agilent Technologies. The 23-acre parcel is in close proximity to Stanford's main campus, affording Tesla access to one of the nation's most competitive engineering schools.

Funding for the project comes in part from the $465 million in U.S. Department of Energy loans recently issued to the company for advanced vehicle technologies. Building renovations will be LEED (Leadership in Energy and Environmental Design) certified, and construction is expected to begin in fall.

“Silicon Valley and the Stanford Research Park are synonymous with innovation and entrepreneurship,” said Tesla CEO and Product Architect Elon Musk. "It’s an ideal place for a new car company trying to rethink many aspects of the traditional automotive business."

PALO ALTO, Calif. – The City of Palo Alto and Tesla Motors announced today that Tesla will develop and manufacture electric vehicle components in a renovated building in the Stanford Research Park in Palo Alto.

Tesla, the only automaker that is already producing and selling highway-capable electric vehicles, will lease a 369,000-square-foot facility on a 23-acre parcel at 3500 Deer Creek Road. The facility will supply all-electric powertrain solutions to Tesla Motors vehicles and other automakers, greatly accelerating the availability of mass-market EVs.

The world’s premier EV manufacturer will also move its corporate headquarters from San Carlos to this site. Roughly 350 employees will work in Palo Alto initially, with space for up to 650 people.

Tesla’s lease of this three-building complex is a creative, adaptive reuse and modernization of a manufacturing facility formerly occupied by Hewlett-Packard and Agilent Technologies. The historic area is minutes away from Stanford’s main campus and from the garage in Palo Alto where Bill Hewlett and Dave Packard built their original audio oscillator.

“Silicon Valley and the Stanford Research Park are synonymous with innovation and entrepreneurship,” said Tesla CEO and Product Architect Elon Musk. “It’s an ideal place for a new car company trying to rethink many aspects of the traditional automotive business.”

“Our city is a leader in promoting sustainability and has a strong commitment to green technology. Therefore we’re extremely pleased to welcome Tesla to Palo Alto,” said James Keene, Palo Alto City Manager. “Stanford, its Research Park, and Palo Alto have always been at the forefront of new technological discoveries and inventions, as well as fostering practices and ideas that increase environmental sustainability. Tesla’s move is another indicator that Palo Alto is the place to be for the green tech and alternative energy companies that will help solve the daunting global environmental challenges of the 21st century.”

Tesla sells power train components to other automakers so they can get affordable EVs to customers faster. Tesla is already producing EV components for Germany’s Daimler, maker of Mercedes. The company will build the highly anticipated electric version of the Smart city car using Tesla battery packs and chargers.

Tesla, which achieved overall corporate profitability in July thanks to the popularity of the Roadster sports car, expects to announce other powertrain deals in the upcoming months. Tesla has already delivered nearly 700 Roadsters to customers.

“Tesla is rapidly recruiting new employees, and this fabulous working environment and proximity to Stanford University will give us excellent access to top engineering talent,” said JB Straubel, Tesla’s Chief Technology Officer and leader of the powertrain group. Straubel received a bachelor's degree in energy systems engineering and a master's in energy engineering, both from Stanford.

Tesla is in site negotiations for an assembly plant for the all-electric Model S. The sedan will be produced at a separate assembly plant in California -- not at the Palo Alto site.

Tesla will renovate the Deer Creek Road facility to the highest environmental standards, incorporating sustainable building practices certified by the Leadership in Energy and Environmental Design program. Construction is expected to begin in early fall. Tesla is planning to relocate employees from its offices in San Carlos in several phases over the upcoming months.

Financing will come in part from loans from the U.S. Department of Energy. In June, Tesla received approval for about $465 million in low-interest loans to accelerate the production of affordable, fuel-efficient electric vehicles.

The loans are part of the Advanced Technology Vehicle Manufacturing (ATVM) Program, which provides incentives to new and established automakers to build more fuel-efficient vehicles. Created in 2007, the $25 billion ATVM aims to reduce America’s dangerous dependence on foreign oil and create “green collar” jobs. The program is entirely unrelated to the stimulus package or the so-called “bailout” funds that General Motors and Chrysler have received.

Tesla Motors is the only automaker that is already manufacturing and selling highway-capable electric vehicles. Tesla, which achieved overall corporate profitability last month, has delivered nearly 700 Roadsters to customers so far. The company's goal is to produce increasingly affordable cars to mainstream buyers – relentlessly driving down the cost of EV technology. Tesla also sells patented powertrain components to other automakers.