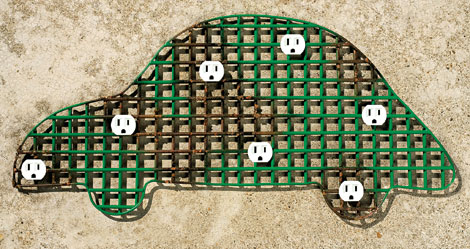 How Green Is My Plug-In, illustration by Holly Lindem

During his presidential campaign, then-Senator Barack Obama promised to put 1 million electric and plug-in hybrid vehicles on US roads by 2015. His pledge was one of an array of measures to reduce fuel consumption and work toward energy independence. But it begged the question: Is powering cars from the grid actually better for Mother Earth than burning gasoline?

Now, a comprehensive article in IEEE Spectrum attempts to answer that question by looking at the CO2 emissions from each. The consensus: In the US, if you compare a plug-in to a 25-mile-per-gallon car, a mile driven on electricity will always produce lower levels of CO2 than driving it on gasoline.

But, if you're comparing to a 50-mpg car (like, say, the 2010 Toyota Prius), then you need to know more about your local grid. In states with exceptionally dirty (or "high-carbon") power, that 2010 Prius emits slightly less carbon on a full "wells to wheels" basis than it would if powered on electricity. Take Wyoming or North Dakota, for instance, where power is exceptionally dirty, largely from burning coal,. Producing a kilowatt-hour of electricity generates more than 1,000 grams of CO2, roughly twice the national average. There, the Prius is a better bet.

The article (written, ahem, by our editor-in-chief John Voelcker), goes into a fair bit of detail to source these calculations.

It also cites experts' belief that carbon emitted from power generation will gradually fall over time, especially if a carbon cap-and-trade mechanism is instituted. That would make electricity even more advantageous, except that gasoline cars will get more and more efficient over time as well.

Technologies like gasoline direct injection with turbocharging, the spread of mild hybrids, better aerodynamics, and lightweighting mean that the family sedan of 2030 or later could well return 50 miles per gallon on average.

The carbon impact of wall current versus liquid fuels will be most crucial in China, where car ownership is soaring and air pollution is epic. The country has enacted stiff taxes on cars that guzzle gas, and the country's industrial policies encourage car companies to experiment with electric drive. But its electric power is largely so dirty that electrifying transport without cleaning up the power plants may not really do much.

The attempt to wrap the world's arms around its output of manmade carbon continues, and the studies cited are likely the first of many. But if you're thinking of buying a plug-in, get ready to ask, "How green is my grid?" 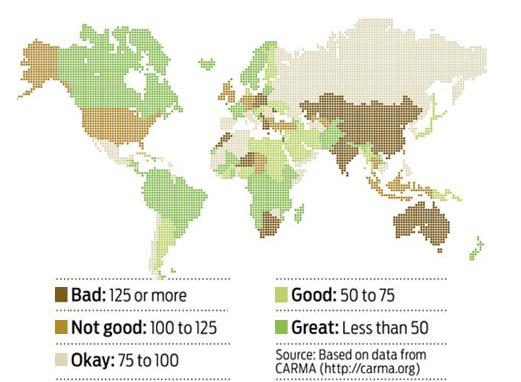 How Green Is Your Grid?